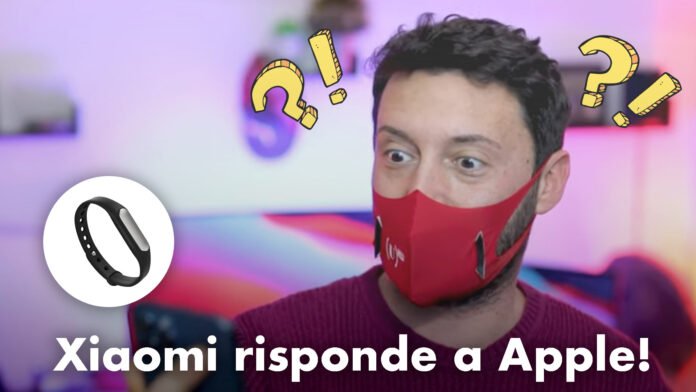 Nowadays, technology also has to adapt to everyday eventualities. Precisely for this reason, Apple has adapted the Watch range to unlock the iPhone with mask, but there is someone who has "claimed" the authorship of this function. Indeed, Xiaomi explained that the very first We Band was already able to unlock this smartphone years ago, as well as the first We Watch.

The iPhone unlock with Apple Watch mask inspired by the Xiaomi Mi Band and Mi Watch?

It all started when Apple, in Developer Edition area of IOS 14.5 beta, he introduced an important unlocking method of the iPhone or rather, of the Face ID, through Apple Watch if you wear the mask. In fact, as we also report in our guide that you find in the video above, as long as the watch itself is already unlocked, it will be necessary to simply look at the smartphone as when there is no face protection.

This therefore allows theiPhone to unlock with Face ID (obviously after setting it from the phone) with much lower facial recognition accuracy; this happens thanks to the fact that the SmartWatch is already authenticated. All beautiful and certainly very practical, but Xiaomi announced, taking a cue from a post by Weibo, which its products were already capable of doing years ago.

If we take the Xiaomi Mi Band, the very first smartband of the brand that came out 7 years ago, it had one unlock function very similar, also continued in subsequent versions of the wearable, since it was enough to set it unlock via Bluetooth smartphone when the accessory was nearby.

But not only the smartband, also the first We Watch (protagonist in a comparison with other smartwatches of the brand) is equipped with this useful function, only that the mode installed on both models had a different concept than that of Apple Watch (since iPhones are equipped with Face ID and the mask has now become an extension of the body), but the purpose is basically the same.

Are you passionate about Xiaomi? Then don't miss out our review of the Mi 11, the brand's latest super top of the range!