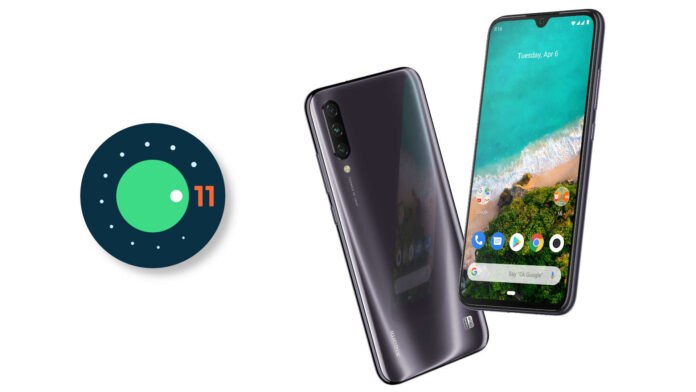 Over the last few hours the update to Android 11 to Xiaomi Mi A3, available until now only via alternative ROMs. The unfortunate device joining the project Android One has experienced many software mishaps due to flawed updates. According to what emerged, even this new update would be causing very serious problems. Some users finalized the installation with negative feedback of completely non-functional smartphones. There are many cases of brick with black screen situations and the impossibility of using the devices

Upgrade 01 / 02: the update that introduces Android 11 on board Xiaomi Mi A3 is officially restarted. We talk about it at the end of the article.

Users who encountered these problems, mainly concentrated in India, wrote to customer service via the official platforms, including the Twitter profile, finding the same feedback and malfunctions from other people as well. Assistance at the moment Twitter di Xiaomi India invited all interested users to write in private to actually verify the nature of the problem so as to be able to proceed with a more in-depth analysis of the situation.

From our point of view, if you receive the update on the European variant of the device in your possession, we advise you to wait a few days before updating so as to be sure that the aforementioned problems do not yet exist.

After the chaos caused in recent days, the second roll-out of the update to Android 11 for Xiaomi Mi A3. As several users report, this time the update does not seem to give brick problems. There are also screenshots of who managed to update their device. If your Xiaomi Mi A3 was bricked due to the first update, we remind you that in this article we explain how to get it repaired for free.

Unfortunately, the update to Android 11 for Xiaomi Mi A3 is proving to be more problematic than hoped for. Users were able to update the smartphone without the brick problems that arose with the first roll-out. Nonetheless, several users who have performed the update are reporting various problems found in the transition to Android 11.

The most annoying concerns autonomy e charging speed (1, 2, 3, 4, 5). Compared to Android 10, the new ROM has brought with it a significant battery draining, forcing users to recharge the battery several times over the course of 24 hours. In this regard, it should be noted that the update has slowed down the recharge.

The second priority bug are the malfunctions of the touch screen. After updating Mi A3 to Android 11, some users cannot get it to work normally, with the touch panel not responding to finger touches.

@MiIndiaSupport Need a big bug fix update for mi A3 android 11 version. So many features not working and icon shape change is not available. Chat bubbles not working for any apps except for messages app. Mi A3 developers need a lot do work on fixes.

Another problem concerns the lack of Bubbles notifications. Despite being one of the main innovations of the new Google OS, the ROM for Xiaomi Mi A3 seems to be devoid of it. The only app it seems to work with is Google Messages.

Another lack of the update concerns the screen recording. The feature should be inserted natively in the firmware, but this is not the case on Mi A3.

But it doesn't end there. News of Android 11 aside, it seems that the update has also removed a feature already present with the previous Android 10. Users report the lack of customization of icons, between size, shape and color.

After two unsuccessful updates, what is the third roll-out of Android 11 for Xiaomi Mi A3 has officially restarted. In the past few hours, the January security patch update and the addition of native screen recorder and YouTube Music have been released. We hope this update will not be discontinued again.