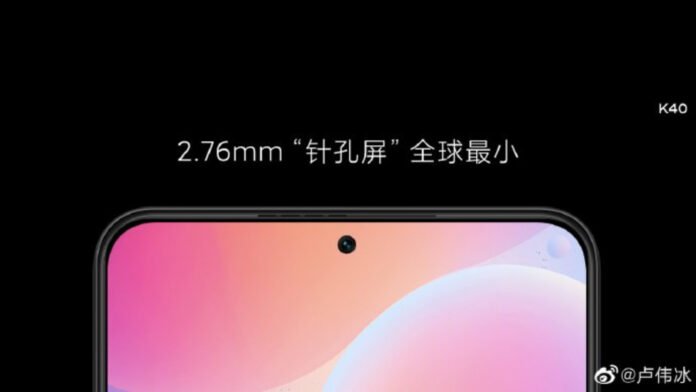 Day full of news, that of February 25, 2021 for Xiaomi and especially Redmi. Yesterday were presented not only the RedmiBook Pro and the huge Redmi TV Max, but also i new flagship stores K40 e K40 Pro e Pro + and the latter was the subject of curiosity among users for the choice of his selfie camera, which is no longer pop-up.

Redmi K40 Pro: the pop-up selfie camera took up too much space

The question about front camera of the top-of-the-range model comes from a user who asked a Lu Weibing, CEO of the brand, because they did not choose to use the full screen and precisely the pop-up camera like the predecessors K20 Pro and K30 Pro. The top manager promptly replied that the choice was dictated both by style and by matters of internal components.

Indeed, for one 5G smartphone such as Redmi K40 Pro (and Pro +), with such important hardware in such a thin frame, a solution pop-up room it would be cumbersome, so to speak. For this reason, both for technological trend and for necessity, the company has adopted a punch-hole, which among other things is currently the smallest on the market.

In short, the full screen is also an old story on Redmi and central punch-hole is increasingly chosen for top-of-the-range smartphones, waiting to be able to implement the camera under the display such as ZTE has already done on two smartphones.

And what do you think of this choice? Prefer the Selfie pop-up room or the central punch-hole is preferable? Let us know in the comments.