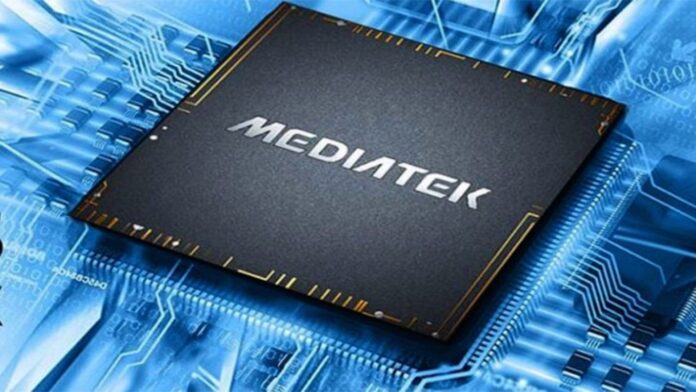 Since when MediaTek decided to change course, several high-end chipsets were launched on the market. At the moment, in fact, among the most important ones we have the series Dimensity 1000, for real top of the range. It seems, however, that the Taiwanese chipmaker is moving in this direction to produce a new product, always very performing, which should reach the performance of the new one. Exynos 1080. It is the MediaTek MT6893, which on AnTuTu would not struggle to exceed 600.000 points.

Upgrade 12 / 01: a new leak reveals the existence of the Dimensity 1200, probably the 6 nm SoC we talked about earlier. Find all the details at the end of the article.

According to the latest rumors, mostly coming from the profile Weibo di Digital Chat Station, MediaTek would be working on a rather powerful new chipset. This should be called MT689X and show a productive process a 6nm, proposing the same architecture that we will probably find on the Samsung Exynos 1080. As if that were not enough, then, this processor should be accompanied by a GPU Mali-G77.

ALSO READ:
Snapdragon 875 and Xiaomi Mi 11 more and more together, according to the Geekbench benchmarks

It is not yet clear whether this chipset is officially present among MediaTek's projects, but there is already talk of the performance it could achieve. Reason why, therefore, on AnTuTu could easily exceed the 600.000 points, going to worry even devices equipped with a Qualcomm Snapdragon 865 SoC. All that remains, however, is to wait for some official information on the matter. We would be really curious to see a new chipset of this type, with such power, produced by MediaTek.

MediaTek MT6893: is he the new top chipset? The first benchmarks appear

In recent days, MediaTek announced the arrival of its new 6nm chipset, a top solution with core Cortex-A78 to 3,0 GHz. Unfortunately, the Asian company has not gone too far in detail and at the moment even the name of the SoC has not been confirmed. Despite this, the leaker DigitalChatStation returns to the charge again, this time with almost complete specifications and a trick for the initials of the new MediaTek solution, which should be MT6893. The insider reveals the presence of a single Cortex-A78 core at 2,8 GHz, a triple Cortex-A78 core at 2,6 GHz and four Cortex-A55 cores at 2,0 GHz; the whole is accompanied by a Mali G77 MC9 GPU.

Keeping in mind that during the first announcement by MediaTek there was talk of a chipset up to 3,0 GHz, the insider speculates that there could be two versions of the same SoC or that the manufacturer could have increased the frequency. 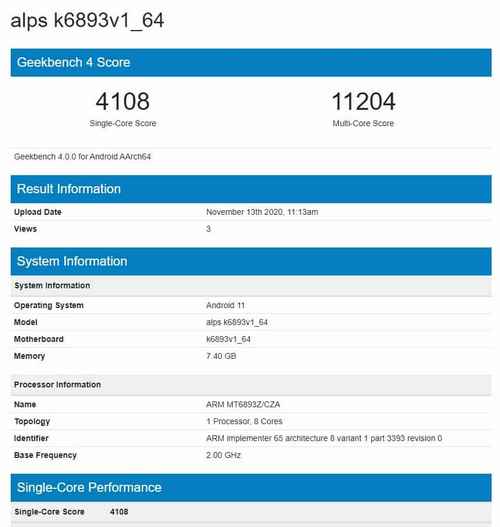 Meanwhile, the chipset was also spotted on GeekBench: Early benchmarks reveal a score of 4108 in single-core and 11.204 in multi-core. Plus, we have 8GB of RAM and Android 11 on board. For the moment of Antutu not even the shadow.

The new 6nm chipset beats Dimensity 1000+ and draws with Snapdragon 865: will it be enough to take the show? 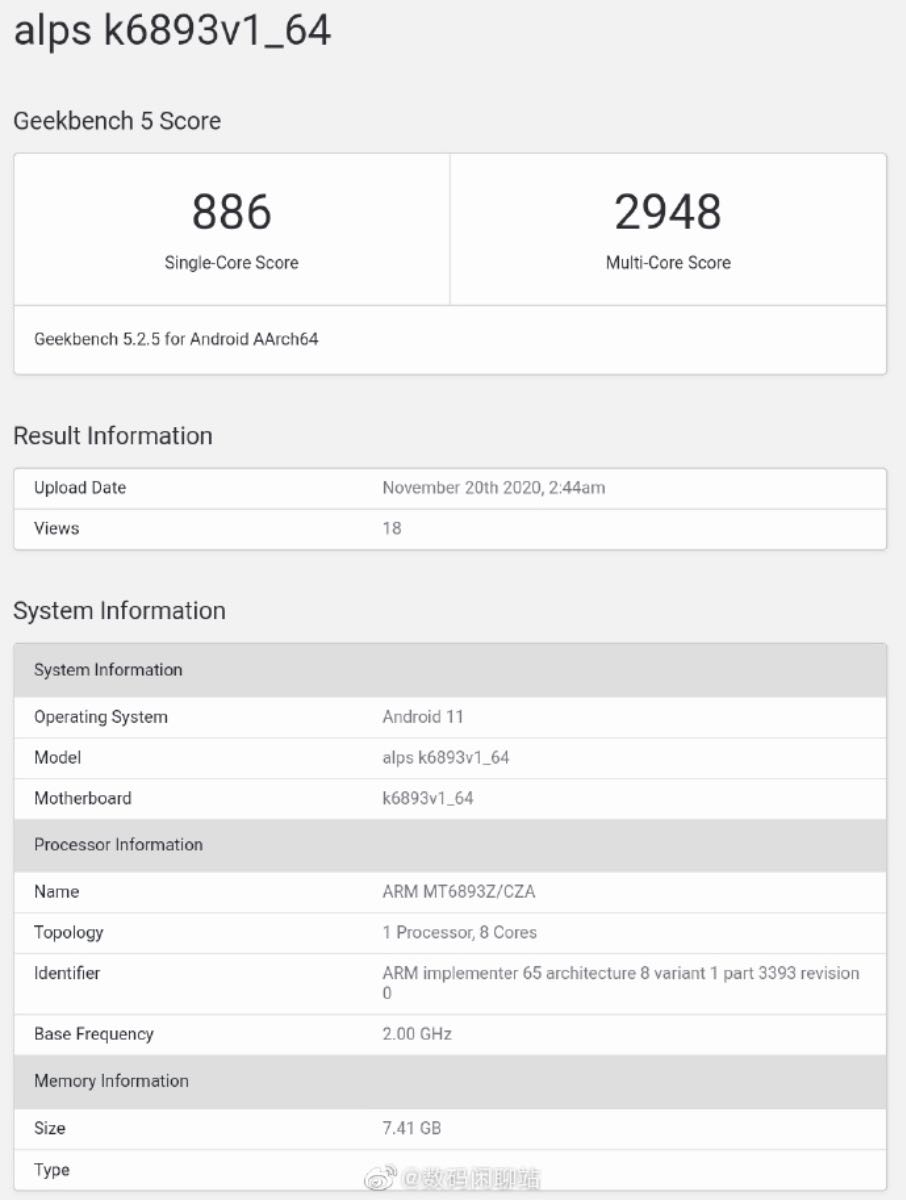 Having already given signals of great power in the first absolute benchmark, the new 6 nm MediaTek chipset, MT6893, who will occupy the top box of the Taiwanese chipmaker, showed his muscles even against potential opponents and products of the same production house. 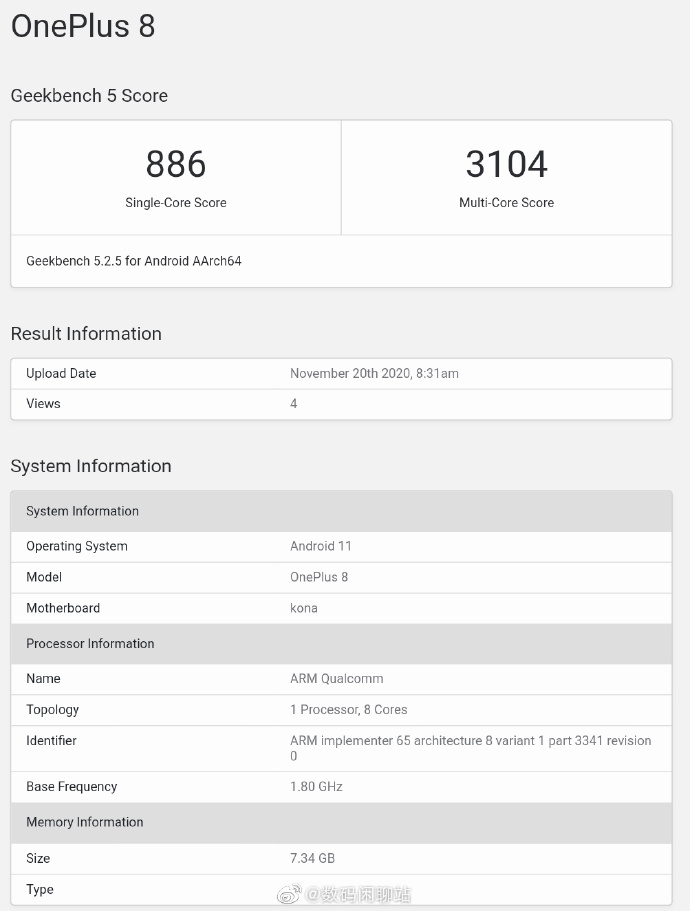 In fact, from the GeekBench results, MediaTek's new Dimensity is managed to pass the Dimensity 1000+ of the Redmi K30 Ultra and equalized it Snapdragon 865 of OnePlus 8, recording a score of 886 in single-core and 2984 points in multi-core. If we make a comparison with the chipset of Qualcomm, we have exactly the same score in single, while we are almost on the same level in multi, although the Snap 865 is slightly ahead. This could make it clear that it is a high-end SoC but not the most valuable one, which could still arrive later. 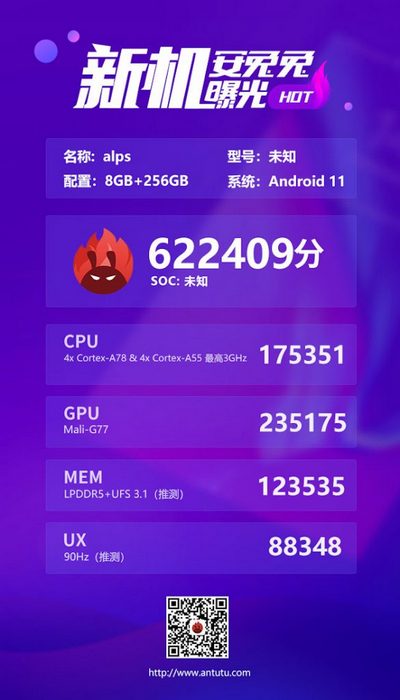 The expectations on the next chipset of the Taiwanese house, a 6 nm solution signed MediaTek MT6893, are particularly high and now they are even more so thanks to the benchmarks Antutu. We had already talked about the results on the platform, but it was exclusively rumors coming from the DigitalChatStation leaker. Now we can see with our own eyes the SoC score on Antutu, which has passed the Snapdragon 865 with well- 622.409 points. 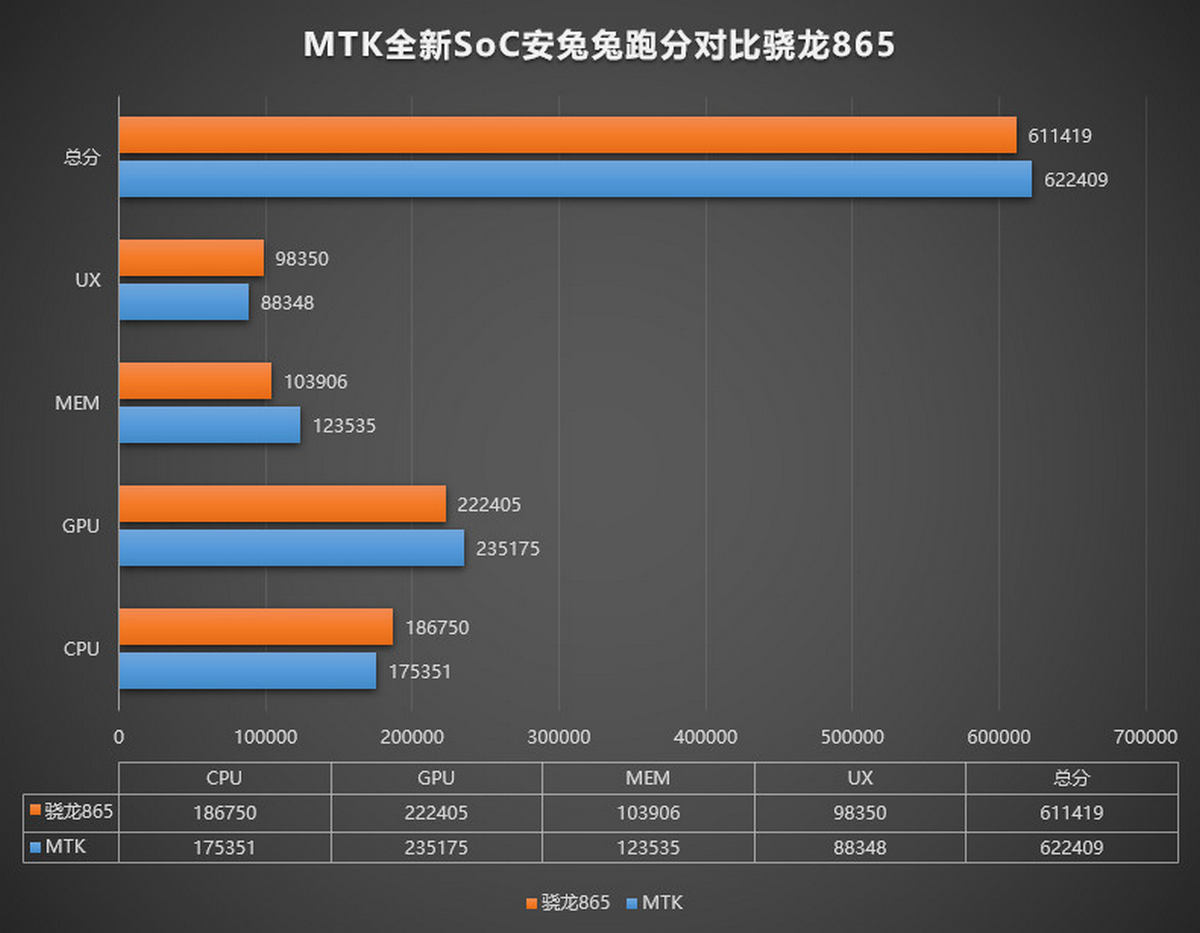 In addition to the comparison with Qualcomm's model, the benchmarks also confirm various aspects of the specification. The MediaTek MT6893 chipset uses four cores Cortex-A78 and four A55, with a Mali G77 GPU. There is also RAM support L, with storage UFS 3.1. The screen terms highlight the presence of support at 90 Hz, but it cannot be ruled out that it can go up to 120 Hz.

As for the results, this is a test unit so the final values ​​could change and maybe even be slightly higher. At the moment we don't know when MediaTek's new 6nm SoC will officially debut, but as soon as we know more we will update this article with all the details. 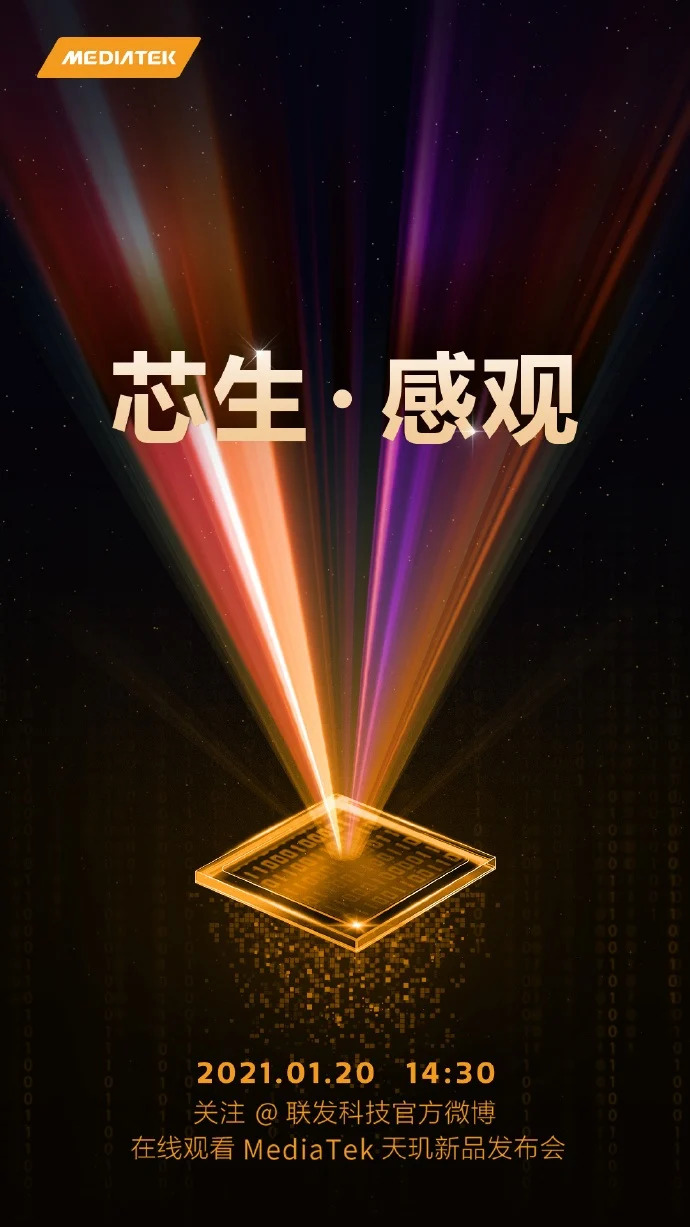 A new one appeared on the net a few hours ago official poster of the company, which heralds a particular event for the 20st January. Within this framework, therefore, the new 6nm chipset could be launched, which at the moment seems to be the MediaTek MT6893, already appeared on AnTuTu several weeks ago. All that remains is to wait a few more days to find out what the company has in store.

In the words of the leaker Digital Chat Station, the rumored 6nm SoC MediaTek will be named Dimensity 1200. The technical superiority compared to the Snapdragon 865, already highlighted previously by the benchmarks, is confirmed. Recall that, in the meantime, the chipmaker would be preparing an even higher 5 nm solution labeled as Dimensity 2000. We'll see if there will be both of them at the event on January 20 or not.

Xiaomi's smart fan will save you from the heat | Coupon