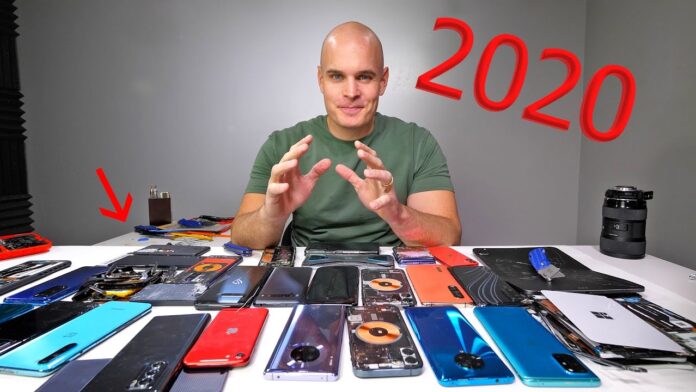 We have now left the 2020, a year full of news, but what were the more and less resistant smartphones vintage? To tell us is one of the latest videos of JerryRigEverything, in which Zach retraces the tested smartphones to understand which ones behaved better and which worse. Fortunately, the years in which even some top of the range ended up bending or even breaking, if stressed, are long gone. But that doesn't mean that all smartphones are equally resistant, quite the opposite.

While OnePlus has built a good reputation for tough smartphones, the same cannot be said for OnePlus North. JerryRigEverything voted it as the smartphone less resistant among those put under pressure in 2020. His Achilles heel is represented by the plastic frame instead of metal, which puts him at risk when it comes to bending of the body.

The other smartphone rejected by Zach is without a shadow of a doubt Black Shark 3. In this case it is not the least resistant, but the more difficult to repair because of the bizarre body chosen during the engineering phase. The atypical design sees a cross between glass and metal, with multiple sections having to be disassembled to remove the back cover. Not to mention that in order to access the motherboard and battery it is necessary to remove the display, a risky and far from easy operation.

READ MORE:
Xiaomi Mi 11 can turn into a dragon: seeing is believing!

Looking on the bright side of 2020, Google Pixel 5 proved itself as the smartphone with the more easily replaceable display. With modern smartphones it is necessary to remove almost all the internal components to do this, while the latest model from Google allows you to do it much more easily. At the same time, JerryRigEverything pointed out that the recycled metal body published by Google is actually almost entirely made of plastic.

But the toughest of all tested is an underdog, that is Google Pixel 4a. Despite having a body made of "dated" plastic, it proved to be extremely tough, thanks also to a body smaller than the average of smartphones and therefore less prone to flexing in bend tests.

Huawei: wearable for health the key to beat Xiaomi