We know well that now in the niche of rugged smartphone, what matters is that they are really resistant and that they last a long time. And, of course, even those who enter the market as a new player have to respect these details. As it was for theF150 B2021, partner product of Oukitel, which tries to fit among the giants of this sector and is the protagonist of the review.

We tried it, but was it able to convince us? Will the tests have been up to par? Can it really worry more noble products? Let's find out in ours analysis.

F150 B2021 review - affordable rugged smartphone with lots of battery

A package very simple opens the review dell 'F150 B2021, which bears the brand logo and which contains the following components:

There is no present cover, but then for one smartphone like that it is genuinely difficult to need protection. 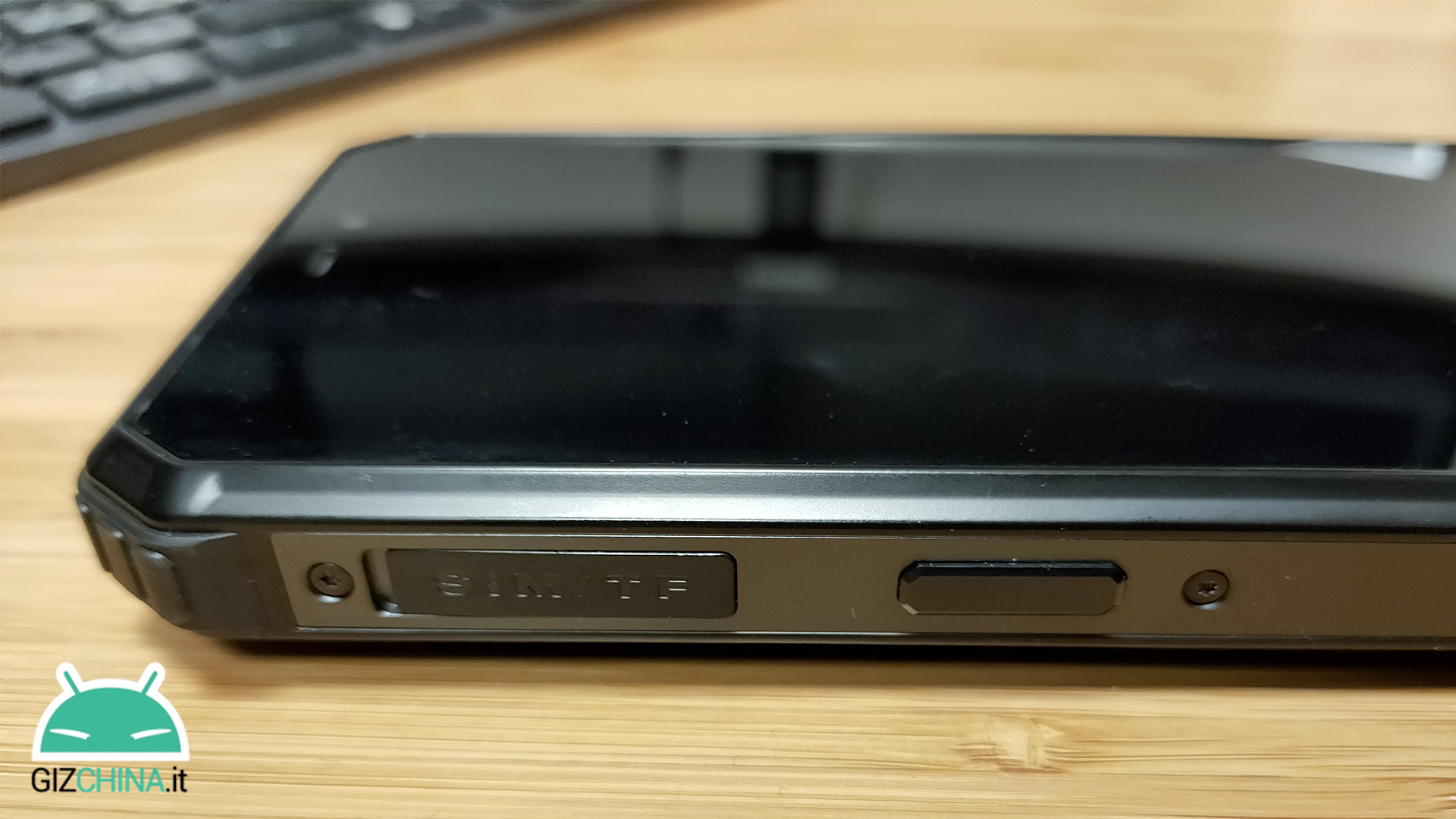 If we look at the design, we immediately realize that it is a rugged. Big, reinforced, angular, it stands out as its massive, and it is impossible not to see it from others during use and above all for the weight of 315 grams.

With a mixture of rubberized materials e aluminum reinforced, the smartphone actually gives the impression of being very resistant and is actually confirmed so, thanks above all to IP68 / IP69K / MIL-STD-810G certifications, who are doing their duty seriously. 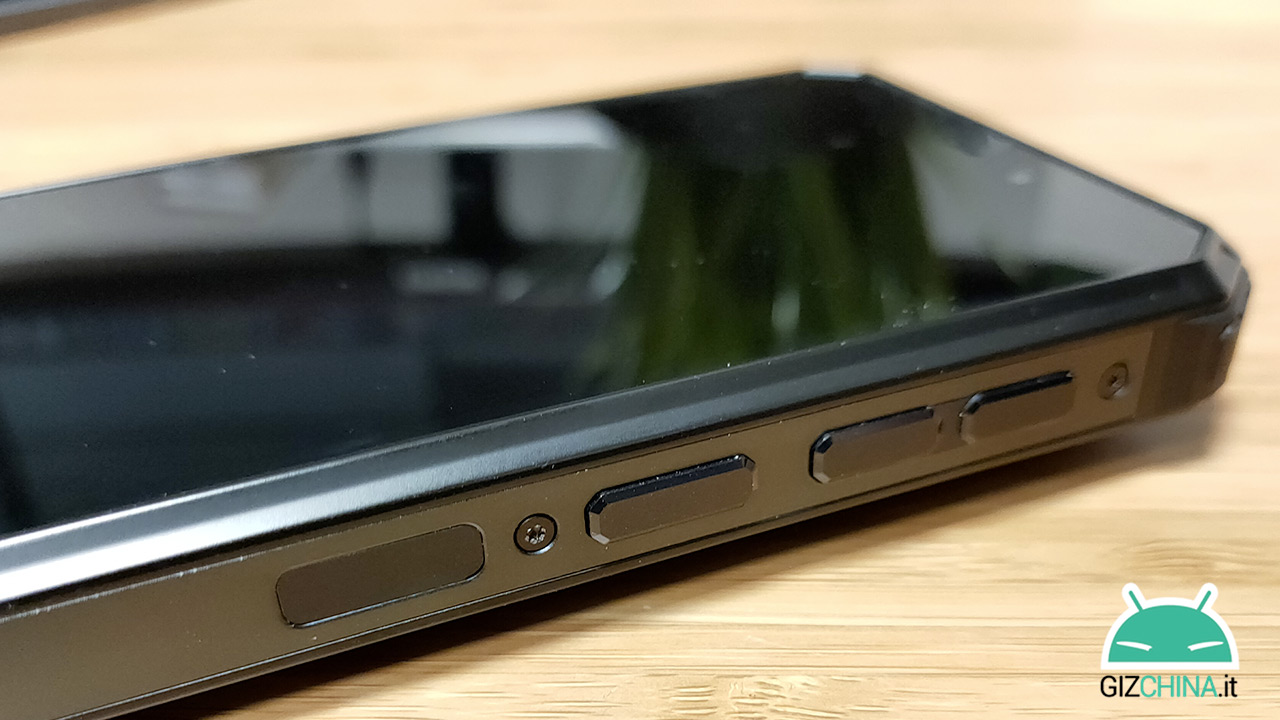 We tested it without delay by hitting various materials such as wood, iron, steel, stone and certainly not in a delicate way: it resisted everything practically without a scratch. In this we must say that it is promoted. 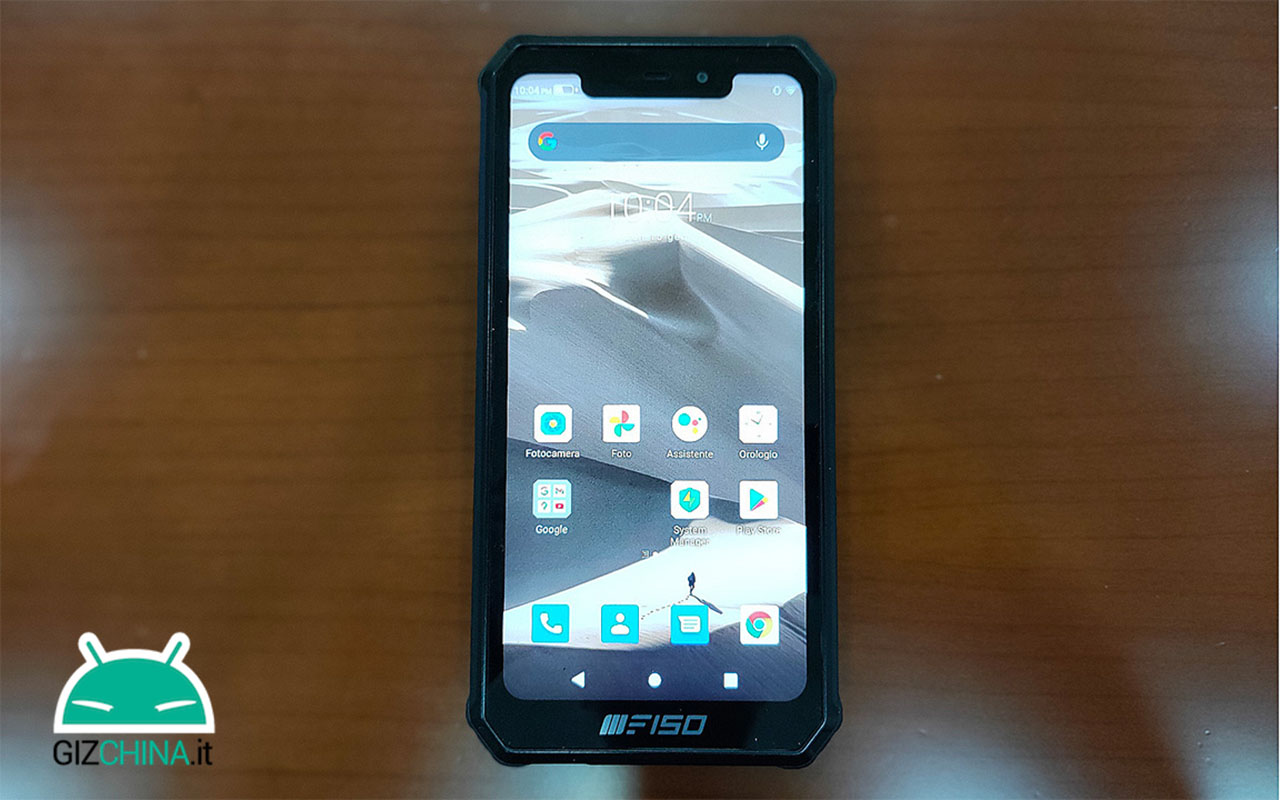 In any case, basically, the panel is not evil (it also has Gorilla Glass 5 glass), but obviously you can see colors that are a bit cold and that turn to gray diagonally. There brightness it is not the best, although it is not difficult to see under the sunlight. In short, the essential. Present however the Dark Mode.

The hardware sector is characterized by some dualities. First, we have a chipset MediaTek Helio G25 to 2 GHz, newly invoiced, with PowerVR GE8320 GPU which basically does what it can.

In its entirety, some shots and lag is present but in the Gaming with games like Need For Speed ​​- Racing NL, gives some small satisfaction that the "brothers" Helio A22 e P22 / 25 they can't always give. Obviously, all this must always be contextualized. Also because, probably, i 6 GB di RAM they hold on to everything ei 64 GB (expandable) are more than enough for the intended use. 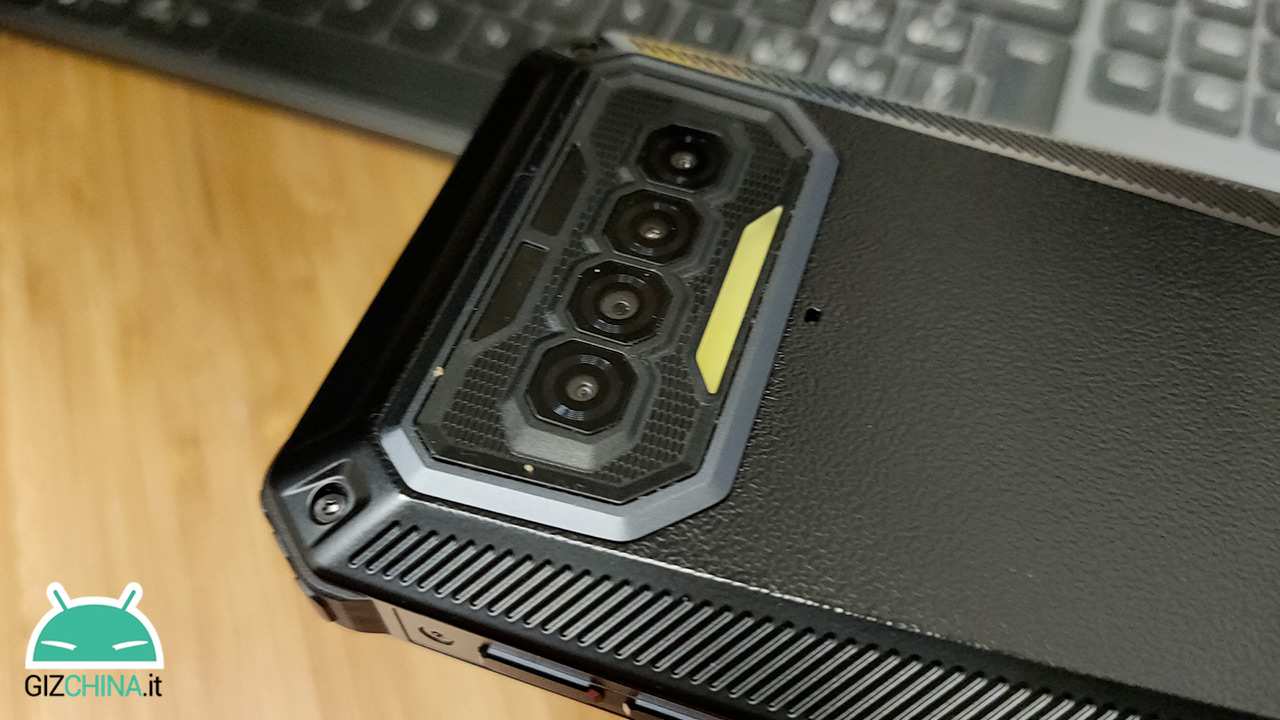 F150 B2021 consists of a triple camera photographic module, although 4 are set (one they define as auxiliary): the first sensor, the main one, is to be 13 MP with focal opening f/2.2 and scene recognition AI, the second from 2 MP with macro functions and one last from 2 MP with depth sensor.

Sore point, for a number of factors. The camera sector is certainly not the best, with some critical issues in some conditions. With so much light, the photos are also sufficient, especially in 4:3, but as soon as the light falls a little we begin to see some mixed results. The software, initially not well optimized but improved with an update, does the essentials. Not the best shots at night, even mixed with the flash, a sign that the sensor does not suffer poco the lack of light. Difficult, noisy macros. Very interesting is the bokeh mode that gives more than enough shots.

For the selfie camera, perhaps, we have better results than we expected. The sensor, closed by the drop notch, gives 8 MP f/2.8 does his work both during the day and in the evening, obviously with the necessary differences as the light goes down. Paradoxically, we were more satisfied than those of the rear sensors.

I video, maximum in Full HD (1080p) for both rear camera that the front have the same rendering of the photographs, so you shouldn't count on it too much. 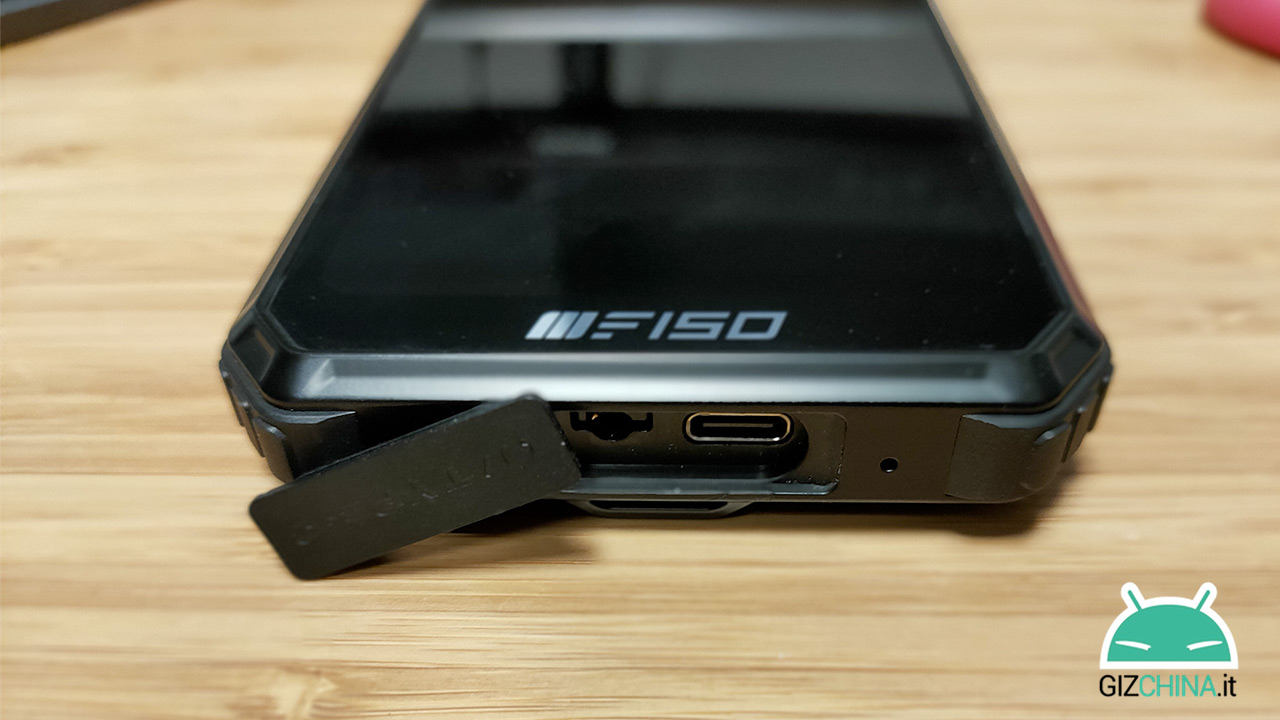 What about the speaker of this rugged? The speaker is placed on the bottom back, with some criticality in reproduction. Not that it has any lag, but it is as if it generates some echo, you can see that it is not at its best, lacking in bass.

Present the jack from 3.5 mm to be able to use wired headphones, with the situation improving, as well as with the Bluetooth headphones.

Connectivity is good, the Bluetooth 5.1 works well, is fast and is equipped with the AAC codec. 4G connectivity, the signal is stable and the reception is good, no problem when calling. Present GPS, GLONASS and Galileo that work regularly in navigation. Convenient presence ofNFC for payments Google Pay.

Here we were satisfied. The software of this B2021 it is definitely a plus. In itself it is Android 10 stock, with also the security patches updated to November 5 2020 (which should not be underestimated) and the brand takes care of it with tricks through updates.

But it doesn't stop there, because by holding the function key, the starts F150 Mode, which is a theme with the colors of the brand (the outlines of the icons change), but it also has a dedicated space, as if they were widget, with a series of work “tools” such as compass, noise detection, compass, magnifying glass, flashlight, step monitoring, full screen clock and detection noises.

The great blow of theF150 B2021 in this review. The module from 8000 mAh, with top-up support 18 W is the real killer feature. With a single charge, for medium-intense use, playing, surfing on 4G, social networks, mail, changing cells and everything lasted 3 days. You didn't even want to download it.

Many hours of screen, at least 8/9, but more than all consumption in stand-by it is practically small, probably thanks to the lightness of the stock software.

What to say then, at the end of review, of this F150 B2021? Missed opportunity? Not really, as it's cheap and has good points. Niche smartphone? Perhaps, it is certainly not for everyone, but it has some Consumer side that serves to strengthen the complex.

Given these premises, it is clear that the display, audio and camera (although better with the update), which today are essential for the average user, are not up to the level of those looking for a certain type of concreteness. The price of approx 140€ su AliExpress e Banggood it is emblematic, compared to others rugged it does not cost too much and therefore could be an almost ideal solution for those looking for such a product but not at high figures.

The cost then becomes a plus, if we consider that from 18 al January 24 2021 it is possible to buy it on the two stores at a price below 90€ with Coupon and lightning deals. In the meantime the promotion starts, you can start adding them to the cart and wait for the initiative to start.

We do not know what the future of this start up will be Oukitel, but it is clear that we will have to work more if we want to get to enter a market that is certainly not very large, but with some giants of the genre that are difficult to undermine.