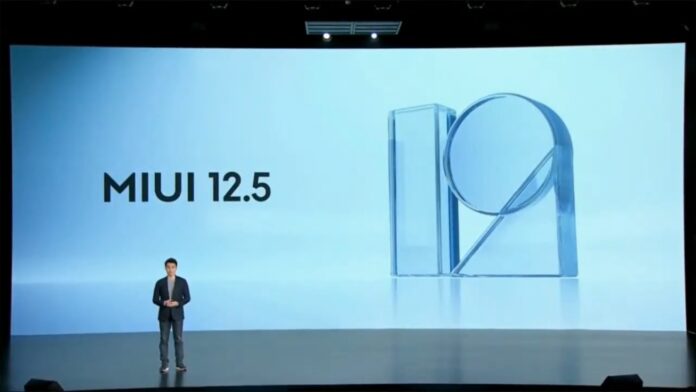 After the non-compatibility of MIUI 12 with these models Xiaomi smartphone, here is a more reassuring news: the MIUI 12.5. The novelty was announced at the same time as the new version of the MIUI 12 Beta, informing users that beta testing will be discontinued. This is for a certain period of time, thus allowing developers to focus on developing the new version of the proprietary UI. In addition to various optimizations, let's see what are the news that have been presented and those expected by the community.

READ MORE:
MIUI 12: all the bugs on Xiaomi, Redmi and POCO

Xiaomi announces the arrival of MIUI 12.5: here's what will change for compatible smartphones

The new MIUI 12.5 has been programmed with a hardware specific allocation for certain features. The CPU contained in the SoCs on smartphones will have pre-set priorities, as in the case of the space allocated for the management of full screen gestures. Compared to MIUI 12, where the computation was entrusted to a single-core, now the multi-core of the processors is used to increase performance.

System UI rewrite work ensures 20% reduced memory usage, while still delivering better animations. At the same time, the system apps in the background occupy 35% less and the consumption drops by 25% (those of Super Wallpaper by 40%.

Thanks to the improved performance, in the MIUI 12.5 the animations, with greater consistency with the general UI and advanced fluidity.

Xiaomi has also revised the management of graphic movements, scaling it according to the specifications of the smartphone on which the MIUI 12.5 runs. In terms of fluidity, the top of the range will thus be able to exploit their power to enjoy better visual effects.

In the MIUI 12.5 they were also introduced new sound effects, for ringtones, notifications and system effects, inspired by the world of nature. Xiaomi has joined forces for sound recording around the world, from African grasslands to South American forests.

Strong of a progressive improvement of the Mi Haptic vibration motor on their smartphones, Xiaomi has also improved the tactile feedback. A new library of vibration effects has been integrated for when moving within UI and system apps.

Xiaomi wants to make MIUI ever closer to iOS, but not in graphic terms, but in qualitative terms. Compared to the counterpart of competitors such as Huawei, OPPO, Vivo and Meizu, the MIUI 12.5 only counts 9 pre-installed apps which cannot be uninstalled. These include the basic apps for a smartphone: Phone, Messages, Browser, Mi Store, Settings, Camera, Gallery, Alarm and Security. We remind you that in Europe some of these apps (such as Phone and Messages) will be replaced by the Google counterpart.

On the occasion of the launch of Xiaomi Mi 11, two new Super Wallpaper were presented, dynamic wallpapers that dynamically connect lock screen and home. Snovy Mountain features a mountain peak, with a dynamic lighting effect that follows the daily cycle. Geometry includes a set of moving geometric shapes.

You can already find them in our download dedicated article.

One of the most interesting news of MIUI 12.5 concerns a enhancement of security and privacy. This thanks to a camouflage of the GPS, preventing apps from knowing the precise location we are in. By doing so, the result will be a circular area that will mark the location zone, rather than the precise point. It will be possible to choose which apps to exclude from the block, as in the case of satellite navigation through Google Maps and the like. On the screen Get location info the options will be available Nega, Report, While using the app e Everlasting.

Xiaomi has also increased the degree of protection for the Clipboard, as well as the "sandbox" mechanism system that protects photos and private information within the system. The browser is now able to block downloads from suspicious web pages and track its use.

MIUI + is the new Desktop-like mode

Initially introduced in the form of Screen Combo with some versions of the MIUI 12 Beta, with the MIUI 12.5 MIUI + was introduced. It is the feature most similar to the much desired Desktop mode, even if in reality it is a wireless synchronization between smartphone and Xiaomi notebook. Once activated, you will have a mirroring of the smartphone screen on that of the PC, being able to manage it via mouse and keyboard.

New for the Notes app

The Notes app has been revisited with MIUI 12.5, with a more organized structure, easier writing, drag and drop, concept maps, new brushes, optimizations for manual drawing, graphics and connection lines and more.

News not announced but coming / expected

The renewed display of notifications natively integrated by Android 11 should be introduced with MIUI 12.5. We talk about it in more detail in this article.

With MIUI 12.5, screen customization should be added where we see the latest recent apps that have been run. The app preview will be possible to arrange it both vertically and bring it back to the horizontal view we had on previous versions of the UI.

It initially appeared to be a fake, but then Xiaomi has really changed the menu that appears when you press the power button. The renewed shutdown screen should be included in MIUI 12.5, with a slider that will allow you to choose between shutdown and restart.

In MIUI 12.5 the UI should be renewed for the volume control, with new animations for its management. Below the main bar we see the dedicated keys for activating the Ringtone and Do Not Disturb mode. By clicking on the three dots, moved from bottom to top, you access the advanced controls, which remain unchanged in functionality but changing in appearance.

Also new for the camera

With MIUI 12.5 a redesign of the photo app of Xiaomi smartphones. A graphical display of the available modes should be included, allowing the user to better understand which photo and video features to set.

Inside the Gallery in MIUI 12.5 the possibility of convert quickly images contained in PDF files. Just take the desired image and, from the item "Add to album", Select the option"Create PDF".

The interface of the Cleaner screen should be renewed with the arrival of MIUI 12.5.

Taking into consideration the other indiscretions, the news of MIUI 12.5 would include other news for Xiaomi smartphones. There is talk of new animations for unlocking with the fingerprint, new icons, Bubble notifications of Android 11, Super Resolution mode for the camera, voice controls and new UI for QR scanning.

When does MIUI 12.5 arrive and which models will be updated?

Xiaomi will release the MIUI 12.5 update first in the form of Beta and then Stable. The roadmap consists of three main release stages. It starts from China Closed Beta, in turn consisting of two phases: the first has already started, the second from mid / late January.

Meanwhile, the MIUI 12.5 Beta program has been launched: in the dedicated article find all compatible models published so far and the download link. The Closed Beta will be followed by China Weekly Beta, starting from mid / late January. Finally, the first China Stable will begin to spread from end of April 2021 and they will be for Mi 11, Mi 10, Mi 10 Pro and Mi 10 Ultra.

We would like to remind you that the release of MIUI 13 is still far away in time. Although it has already been rumored on several occasions, the expected release date sees it public in several months. But if you are still curious to know more, we remind you that we have spoken of its novelties and to the smartphone that should receive it.

Today is the right day for Christmas gifts with ...