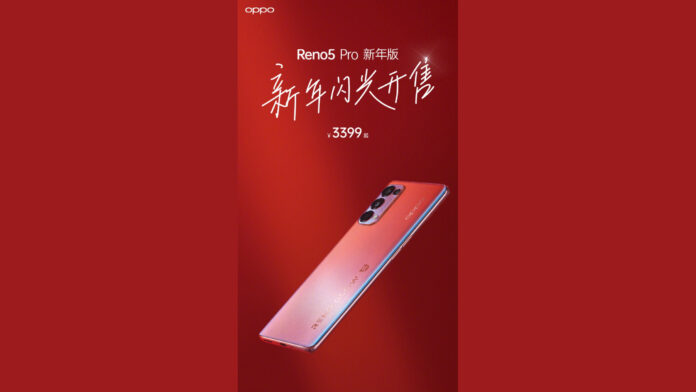 Applying traditions to their production philosophy has been a prerogative of the Chinese technology giants for some years now. It is no less OPPO, which after launching a series of products dedicated to Forbidden City di Beijing, launches in honor of the Chinese New Year the new Reno 5 Pro New Year Edition, which keeps technical and price than the standard ones. 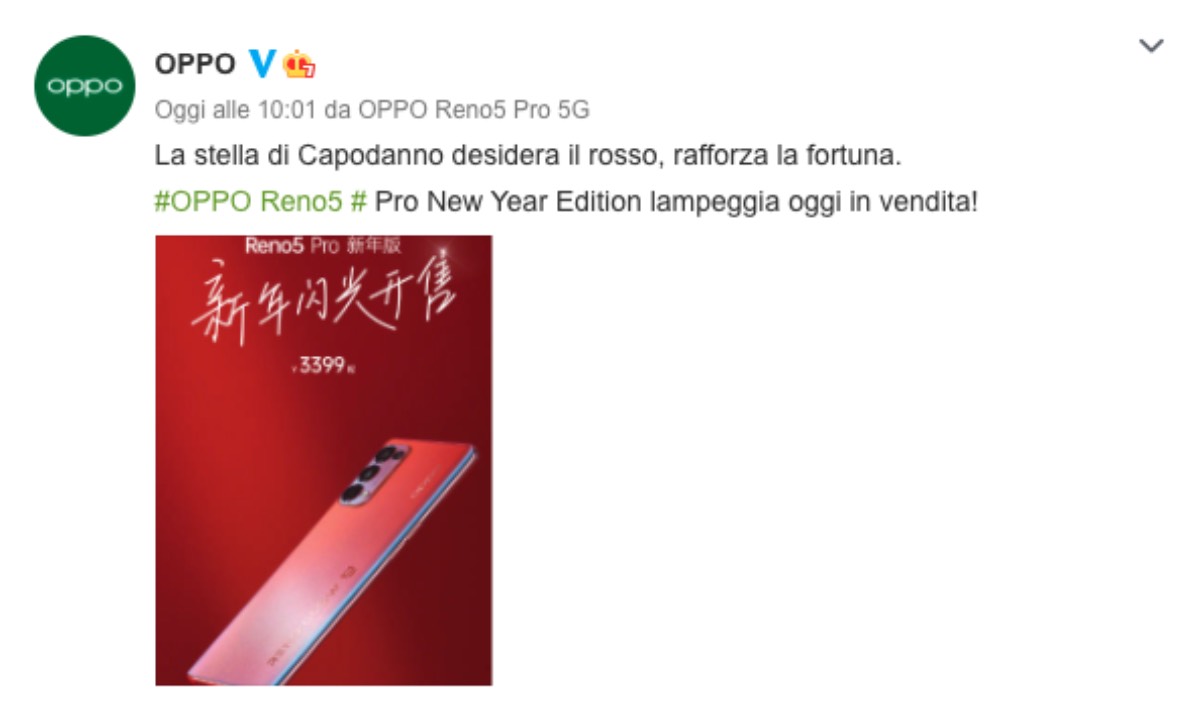 If we look at the design of the product, we realize that it is actually the same Reno 5 Pro always, but the coloring Star Wish Red which distinguishes this New Year Edition, a red that we could define iridescent, really makes the difference. To stand out from the other models, even the engraving Glow Reindeer is different, complete with a logo dedicated to Ox, animal to which the Chinese New Year 2021 the next 12 February.

The specifications instead, which we invite you to review in the presentation article, remain almost completely unchanged, changing only the combination of memory that comes in the only configuration from 8 GB di RAM e 128 GB of storage. Among other things, the chipset is confirmed MediaTek Dimension 1000+, which in recent months has made the fortunes of the Taiwanese chipmaker.

As for the price, that too will remain substantially unchanged, because OPPO Reno 5 Pro New Year Edition comes to the same 3399 yuan, approximately €425 when changing standard versions. Difficult to see it in the West, but we certainly wouldn't mind at all.