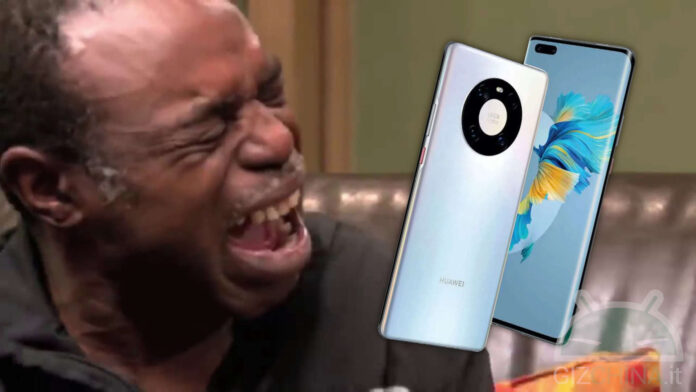 We are not very pleased to read the latest rumor of Teme, according to which there will be no Huawei Mate 50. The insider is unbalanced with quite sensational news for the sector, given the hype that the top of the Mate range are used to raise. Teme did not go too far in giving further specifications, but it is enough to do 2 + 2 to understand that such a choice may derive from the difficulties encountered post-USA ban.

Since Huawei can no longer operate with TSMC, was forced to greatly downsize the production chain. Particularly HISILICON, the division in charge of making the powerful chipsets Kirin which would then normally have been manufactured by the Taiwanese chipmaker. By breaking the chain, Huawei no longer knows who to rely on for the supply of chipsets: to date the only alternative is MediaTek, but the situation becomes much more complex when it comes to high-end.

Huawei like Samsung: the company may not launch any Mate 50

As long as it is about making a modest product how can a Huawei y9a a chipmaker like MediaTek can do just fine. But building a SoC that lives up to expectations for a device like Huawei Mate 50 involves quite different difficulties, also because with the Kirin 9000 the bar has been further increased. Among other things, the stocks of this SoC are with the dropper, as evidenced by the apparent lack of use on the next Honor V40. Most likely, Huawei preferred to keep the latest available stocks for the production of the Huawei P50 series. That is the only top of the range of Huawei's 2021, again according to the statements of Teme.

Next year, Huawei will have only one flagship, the P50, The Mate 50 will not be able to release, or if it can then it will lose performance in the P50 series pic.twitter.com/Rgd7BNdn21

A similar fate but at the same time different from that of Samsung. The Korean would also be considering the hypothesis of abandon the Galaxy Note series, albeit for reasons other than those of Huawei. For Samsung, the reason is the now non-negligible overlap between the S and Note series, with the only real difference being the S Pen and rumored to be made available on S21 e Z Fold 3.

Before unbalancing on the veracity of this information, we can only express a certain bitterness if actually Mate 50 will not be done. The Mate series has been a bulwark in the Android sector for years, with smartphones featuring cutting-edge hardware and a certain originality of shapes. It is also true that, as for Samsung, the differences between P and Mate are less and less marked, in a sector where phablets are now the norm.

Xiaomi Monitor 4K Pro: official the first display of the brand for ...