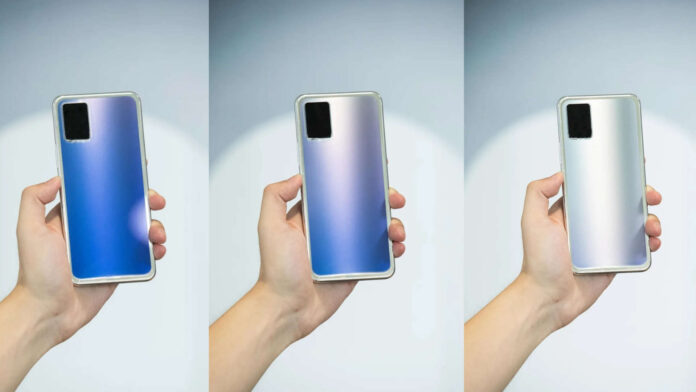 On the occasion of CES 2020 it was publicly shown OnePlus Concept One, the first to have shown how theelectrochromy can change the world of smartphone. We are about to enter 2021 and manufacturers are wondering what innovations to introduce in a saturated sector like that of smartphones. Especially when it comes to aesthetics, in a world where phones now tend to look a bit alike.

Xiaomi, OPPO and Vivo will lead the electrochromy trend on smartphones

As pointed out by the post of the leaker Digital Chat Station, theelectrochromy will be one of trend of the 2021. Apparently smartphone manufacturers have learned to use it on their devices. If OnePlus's was only a conceptual product, other companies are moving to use it on actually marketed products.

For example, vivo he has it shown an example, and also the next Red Magic 6 it could have such a feature. At the same time, the new OPPO Reno 5 Pro + it should be the first electrochromic to debut on the shelves. In addition to these, other companies are carrying out the customary engineering tests and will aim in this direction, as in the case of Xiaomi e Meizu.

Electrochromy technology exploits the use of an alloy based on tungsten oxide inside the glass of which the body is composed. By doing so, applying an electric current to this material is possible vary the color, as well as getting it through from opaque to transparent. This opens the door to very intriguing scenarios: think, for example, of being able to change the color of the back cover when you receive a phone call or a notification and the screen is lying down, practically making it a large warning LED. And if you're worried about autonomy, you shouldn't be: in the case of OnePlus Concept One, 1/2 mAh of battery consumed by electrochromy were recorded in 3 hour.