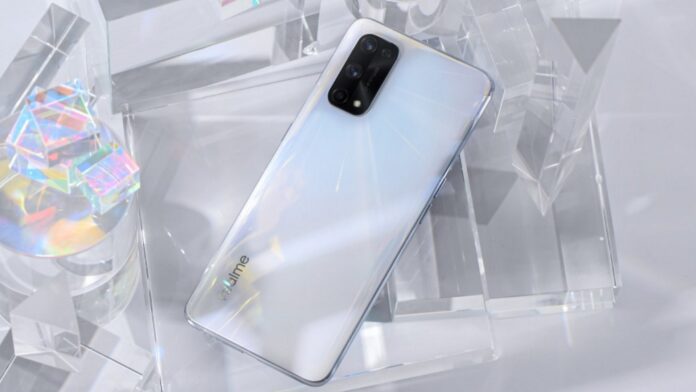 A month later from the launch event at home it seems that Realme X7 Pro is ready to cross the borders of the country to debut also in version international. The device has been certified by the institution NBTC with the acronym RMX2121, a detail that could also open the doors to a hypothetical Global variant.

21 / 11 Update: the latest rumors show a new, important certification for Realme X7 Global, which sanctions the now ever closer arrival outside China. 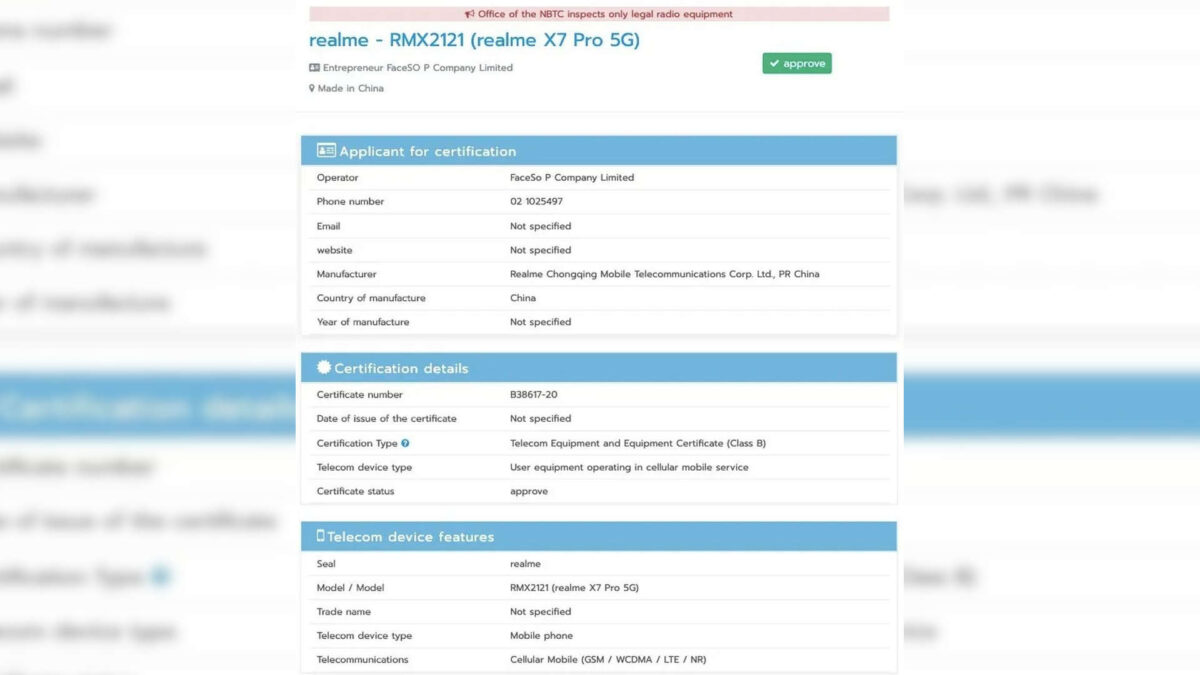 In the past hours Realme X7 Pro has joined the database ofNBTC, certification body of Thailand: this is the first sighting of the smartphone in its "international" incarnation, outside the borders of China. Again the device arrives with 5G support, but the document does not reveal details regarding the specifications. Since the device has been certified with the same abbreviation used at home it is likely that we will not see any changes and will keep the same data sheet.

The debut in Thailand also opens the door to an alleged variant Global, even if it is good to specify that it is exclusively a hypothesis. The fact that Realme X7 Pro being released outside China is a good sign, but launching in the country does not automatically mean that a debut in Europe is also planned.

Regarding the specifications of Realme X7 Pro, the device mounts the chipset MediaTek Dimension 1000+ and is equipped with a panel AMOLED da 6.55 "Full HD + with refresh rate a 120 Hz and a punch hole for the 32 MP selfie camera. Autonomy is entrusted to a 4.500 mAh battery with ultra-fast charging from 65W while the photographic sector offers a Quad camera da 64 MP with IMX686 sensor, wide angle and macro. What do you think of this smartphone? Would you like to see it with us too? In the meantime, we remind you that the 7 October Realme will launch in Italy the new models of the 7 series; an event will also be held on the same day in India, this time with many new features (including a pair of TWS headphones with ANC). 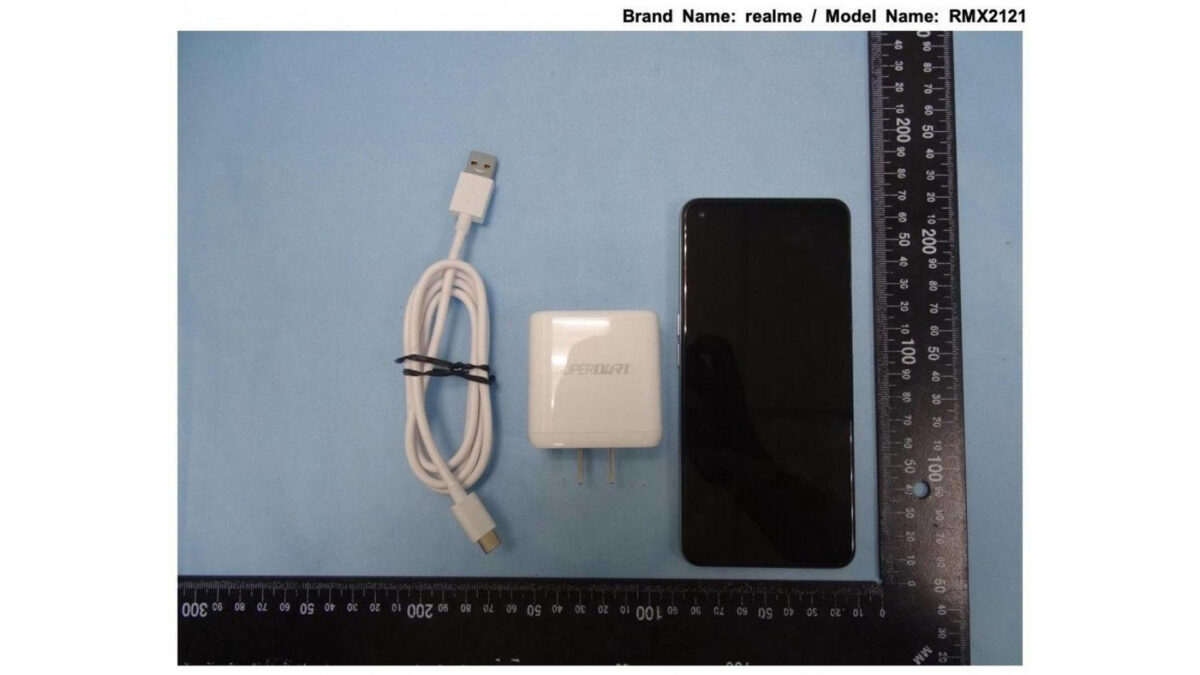 A few days after the first clues regarding the exit from China, we return to talk about a possible Realme X7 Pro Global, this time perhaps with some "certainty" more. If the first certification referred to the Thai market, at this time the device was approved in Taiwan, a country that often acts as a trailblazer for Global versions. The debut of the smartphone is certainly a good sign and we can begin to hope for a launch in Europe as well.

As usual - it should always be specified - it is only a matter of hypotheses. The fact that Realme X7 Pro will arrive in Taiwan is a good sign for a future variant Global, but obviously the last word is always up to the company. At the moment the brand is back in charge in Europe (and in Italy) with the new models of the 7 series (here you will find our full review of the Pro version).

Do you want me to launch X7 & X7 Pro in India?#BuildingTheX

At the moment we have no additional information regarding the technical data sheet, although some confirmation has also arrived today. Madhav Sheth, in fact, posted on Twitter this morning, implying that the announcement of Realme X7 e X7 Pro is getting closer and closer. Specifically, the CEO Realme also confirmed the rumors that followed one another for several weeks: on board these two devices there will be a SoC MediaTek.

What do you guys think about MediaTek Dimensity processor? #BuildingTheX

We are interested in much more Realme X7 Pro, which will probably also be sold in an international version, thus arriving in Italy. We can't wait, therefore, to find out everything about these new smartphones.

We were the first to introduce 5G smartphones in India with #realmeX50Pro. Now our plan is to democratize 5G technology in 2021 starting with the launch of # realmeX7 series & then bring it to more devices. #DareToLeap with us as #realme 5G gets ready to be the leader.

After a month of silence also due to other projects by Realme, CEO India ed Europe of the brand, Madhav Sheth, is back to talk about the Global landing for Realme X7 e X7 Pro, defining that the two devices medium range 5G will depart fromIndia in 2021, in a process of "democratization" of the new connection technology.

In short, we are almost there, with the hope of finally seeing them in Europe (although Realme 7 and 7 Pro can be really close to these devices), expanding the 5G line-up of the brand, which will be enriched with thearrival of V5 in the form of Realme 7 5G soon. 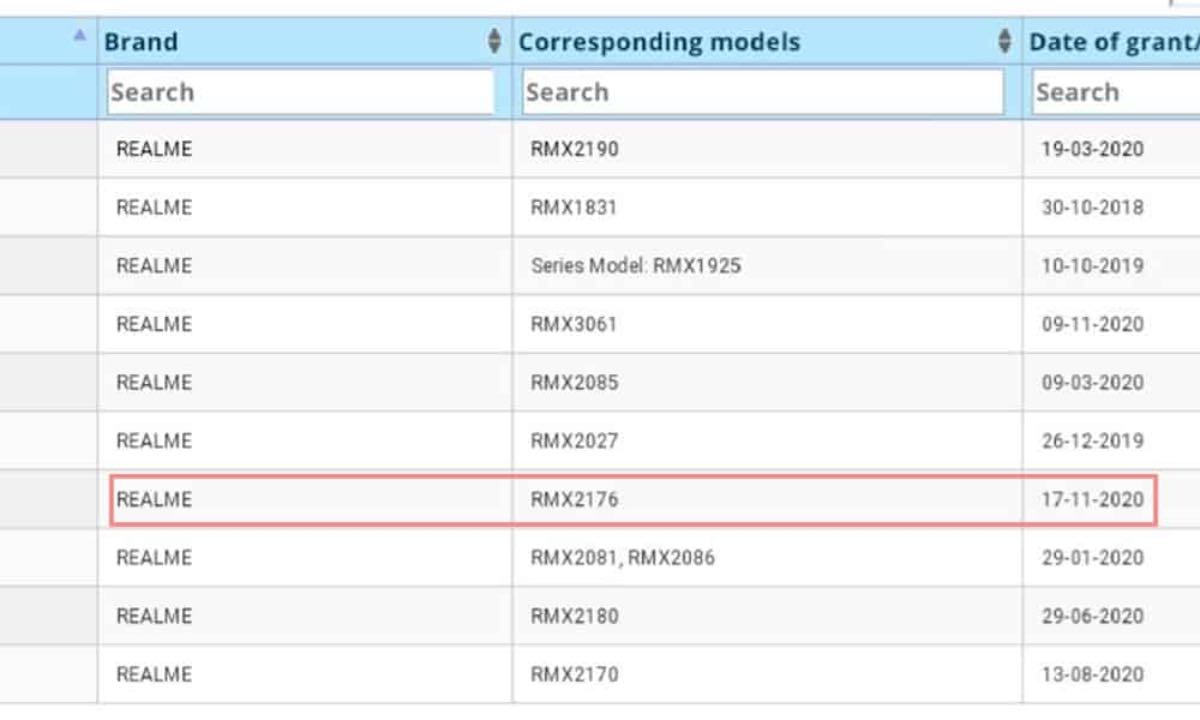 After receiving the first confirmations from CEO of Realme India and Europe, Madhav Sheth, il Realme X7 in version Global gets closer and closer to the exit. In fact, a new one has arrived certificazione, this time very important, that is TO, the Indian government certification body.

This certification, in terms of timing, begins to give us an idea on which period of the 2021 we will see the non-Chinese version of a mid-top range which at home has done very well and is doing well, also because of the design. Considering it arrived in mid-November, there are serious chances of seeing it on the market for the month of January.