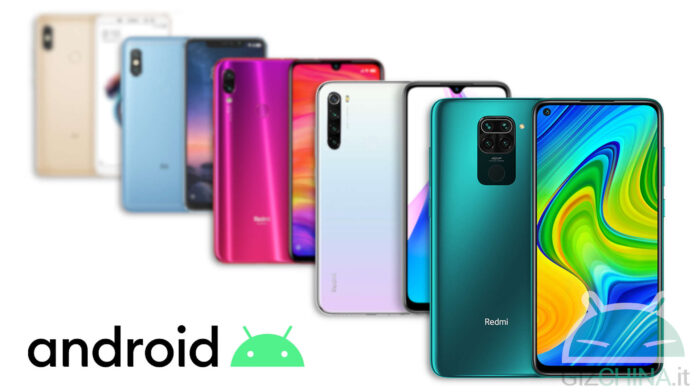 It shouldn't be long before the debut of Redmi Note 10 (at the time of writing), which has been rumored for a few weeks already. But there is another news that has not troubled poco community fans Xiaomi, especially those who possess Redmi Note 8 e Notes 7. Despite the hopes placed, the update to Android 11 will not come. And if before it was just a hypothesis, now has been confirmed directly from the moderators of the Xiaomi forum. We can understand the scorn of users, but - alas - there is no anomaly: Xiaomi has always reserved this "treatment" for the Redmi Note series smartphones, bringing on them a single major update. But perhaps it would be appropriate to review this strategy: the future of Android itself is also affected. 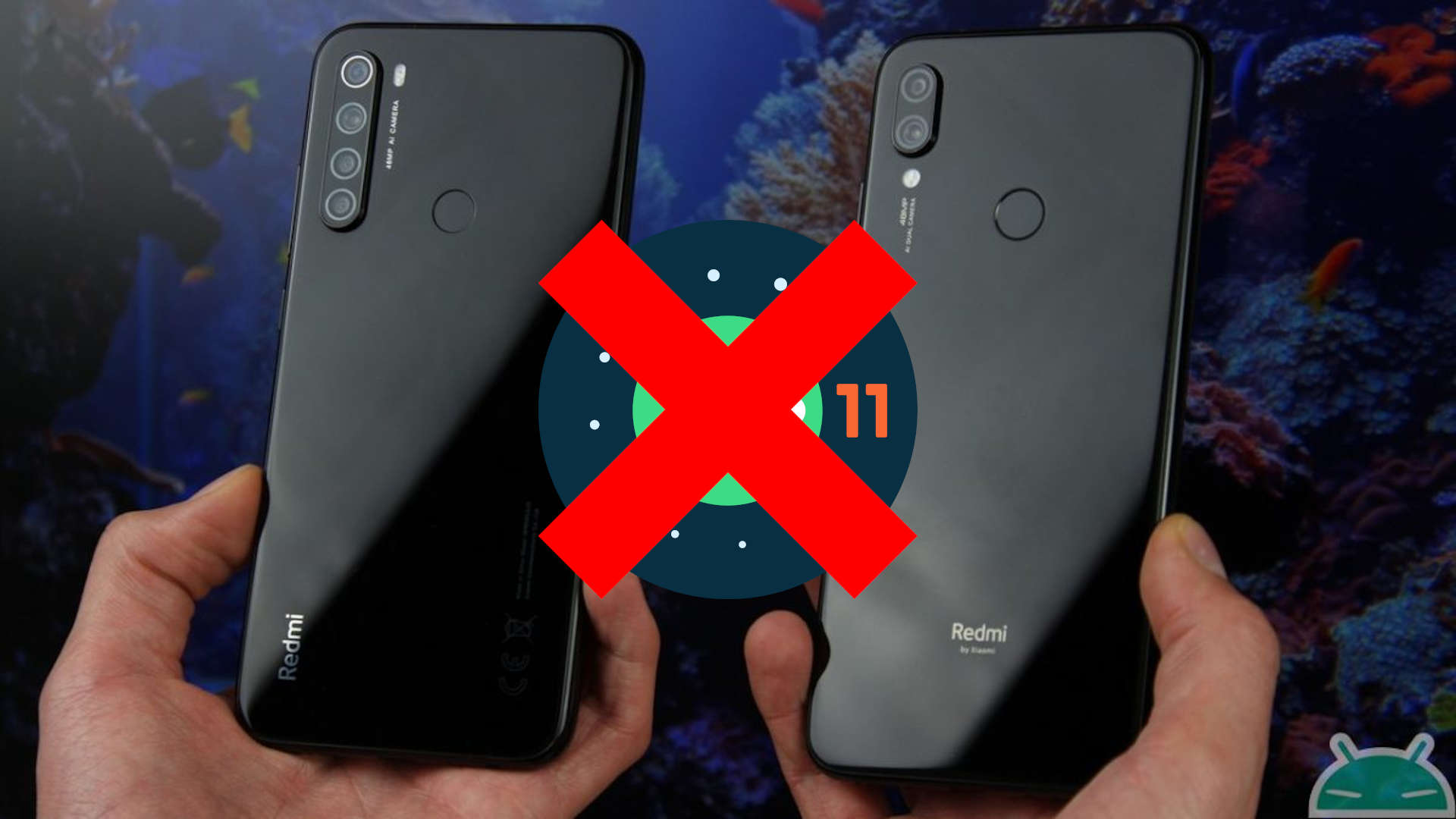 The weak point of Android? The fragmentation

In the eternal (and futile) struggle between Android ed iOS, an argument that is always brought to the table in Apple's favor is the fragmentation. There are some 700 million iPhones in the world, but with a variety of models that can be counted on the fingers of both hands. The same cannot be said for Android smartphones: not only are there over 2 billion of them in the world, but with an extreme variety in models. Add to that the fact that Android manufacturers churn out a huge amount of models every year and here's the fragmentation.

Until today, in 2020 Xiaomi launched something like 33 models, more or less different from each other, if the telephones are added together Redmi, POCO e Black Shark. And let's not forget the fact that many users still own a model from 2019, 2018 if not even older. There is probably someone among you readers who are using a Redmi Note 4, a Xiaomi Mi 6 or a Mi MIX 2. It goes without saying that it is not so much better for other manufacturers: removed OnePlus, in 2020 Huawei and Honor have launched 48 (!), Samsung 42, Vivo 27 and OPPO 25.

Thanks to the data provided by AndroidDistribution.io, we can know what the status of the Android distribution. Taking all the Android smartphones out there, how many do you think have Android 10? If you thought "the 50%“, Unfortunately you are off track and not even of poco. 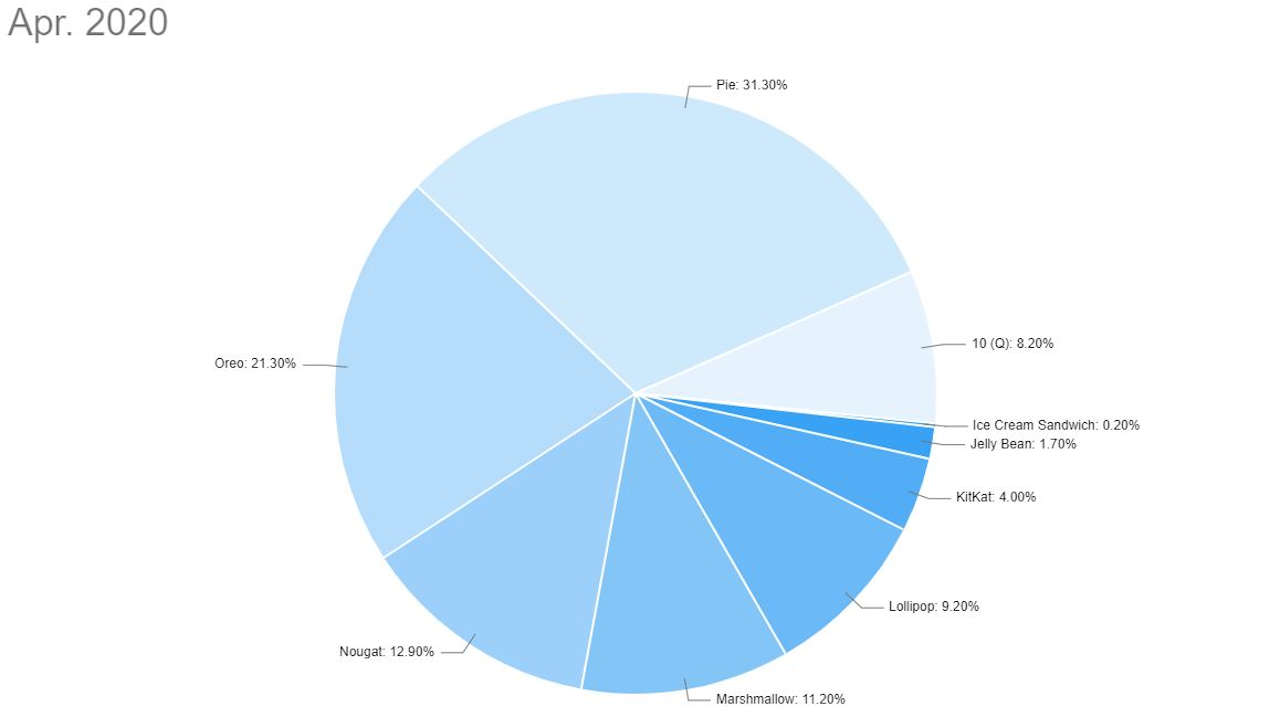 You read well: the percentage of smartphones with Android 10 in the world is even below Android 5 Lollipop, the version of the OS Google - hold on tight - of 2014. Since data dates back to April 2020, today the percentages will certainly have risen in favor of Android 10, but not so influential. Also because Covid-19 has given a big blow to the smartphone market around the world, even in China.

On the other hand, you know it well: for everyone tech addicted on the planet there are thousands of fathers, mothers, uncles and grandmothers who have an Android smartphone in their pocket bought in an electronics chain years ago for 150 €. That's right, that smartphone that is passed into your hand at every Christmas dinner, wondering why it has become slow and why WhatsApp no ​​longer works. To then unlock it and discover the home full of dubious widgets and apps installed to "speed up" the phone's memory.

But in all of this, what role does Xiaomi play?

For those who don't already know, the Redmi Note series is among the best-selling in history modern smartphone. At the beginning of 2020 they were counted 110 million units sold, a goal to say the least poco sensational if you think that Xiaomi has only existed since 2010. Not only that: the first Redmi Note dates back to 2014, moreover up to 2018 the series was sold only in Asia. It is in fact with Redmi Note 5 that the brand debuted in the West, expanding like wildfire especially in Europe.

We are proud to say that over 110 million people have joined the Redmi Note family worldwide! 🎉 Are you a part of this global family too? #NoMiWithoutYou #TheLegendContinues

The more time passes, the more Xiaomi is consolidating itself as a concrete reality, no longer relegated to the world of geeks, used to importing the most convenient smartphones from China. Just think that among the 10 best-selling smartphones in the world in Q1 2020 we find three models: Redmi Note 8, 8T and 8 Pro. And this by examining the entire market, from smartphones from € 100 to the most expensive ones that exceed € 1000. If we restrict the analysis to only mid-range category, here is that Xiaomi rises in the ranking. Only in the first half of 2020, the Redmi Note 8 and 8 Pro duo sold more than 21 million units, while in the same period of 2019 the Redmi Note 7 series scored 10 million.

In short, you understand the point: the Redmi Note series has an influence on the Android market that cannot be underestimated. For many it symbolizes security, the smartphone to buy and recommend in the typical price range around 100/200 €, a bit like it happened years ago with Moto G. It follows an increase in market shares, coming to position itself in fifth place. position behind Apple (steadily declining), Samsung and one Huawei which, however much it continues to grow, seriously risks being ousted from the European market. 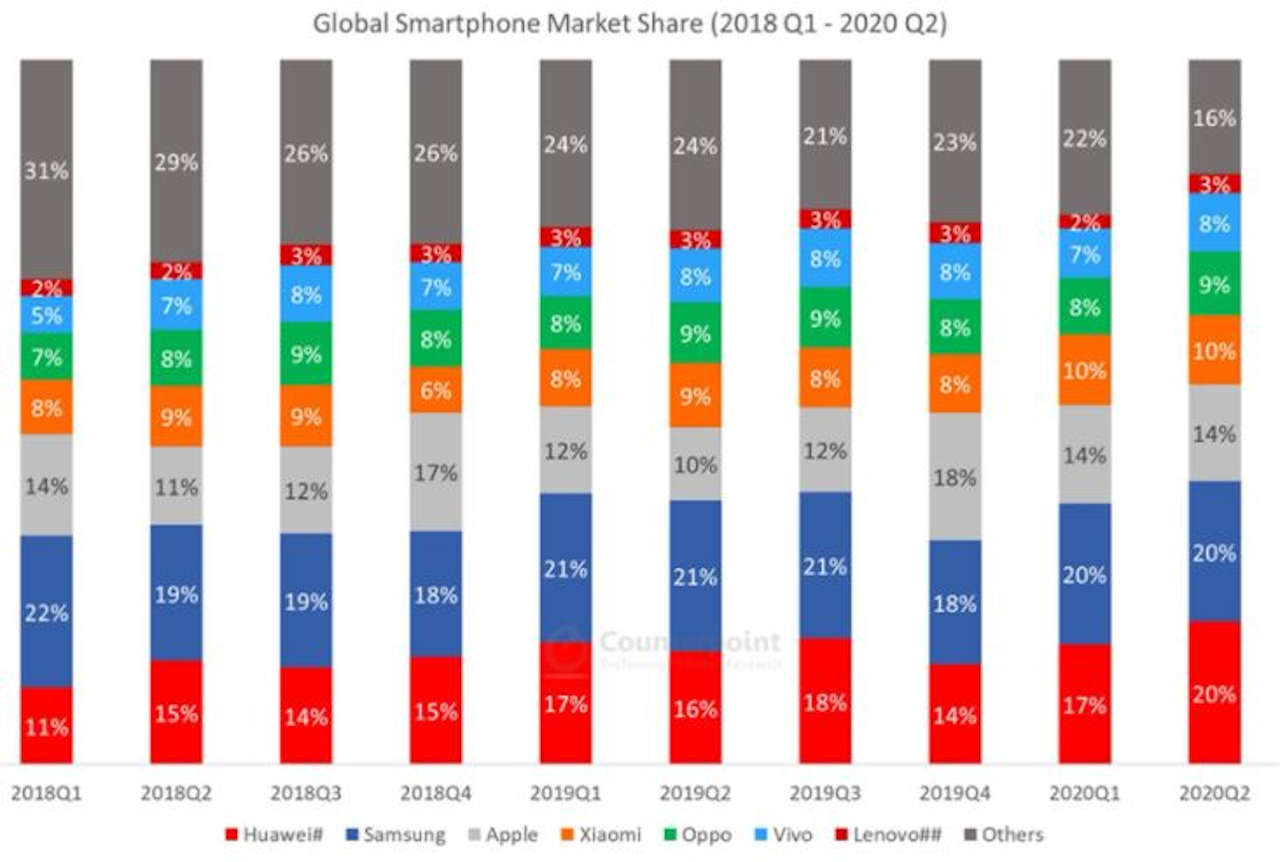 Updates could be the key to beating Huawei

And it is precisely the improvement of the update policy which could establish the definitive winner in the rivalry between Xiaomi and Huawei. Yes, because it is quite probable that among the millions of smartphones still stuck with the old versions of Android there are actually several Huawei-branded models. If Ren Zhengfei's company has been such a success, it is also “thanks” to having flooded the shelves of electronics stores with multiple low-cost phones. Unfortunately, Huawei is not among the most virtuous companies when it comes to updates, especially in the medium / low ranges. A few examples?

Like Xiaomi, Huawei also carries only one major update on its flagship mid-ranges. Unfortunately (or fortunately, depending on your point of view), Huawei has even more mid / low-end models for sale, many of which are born and die with the same version of Android. 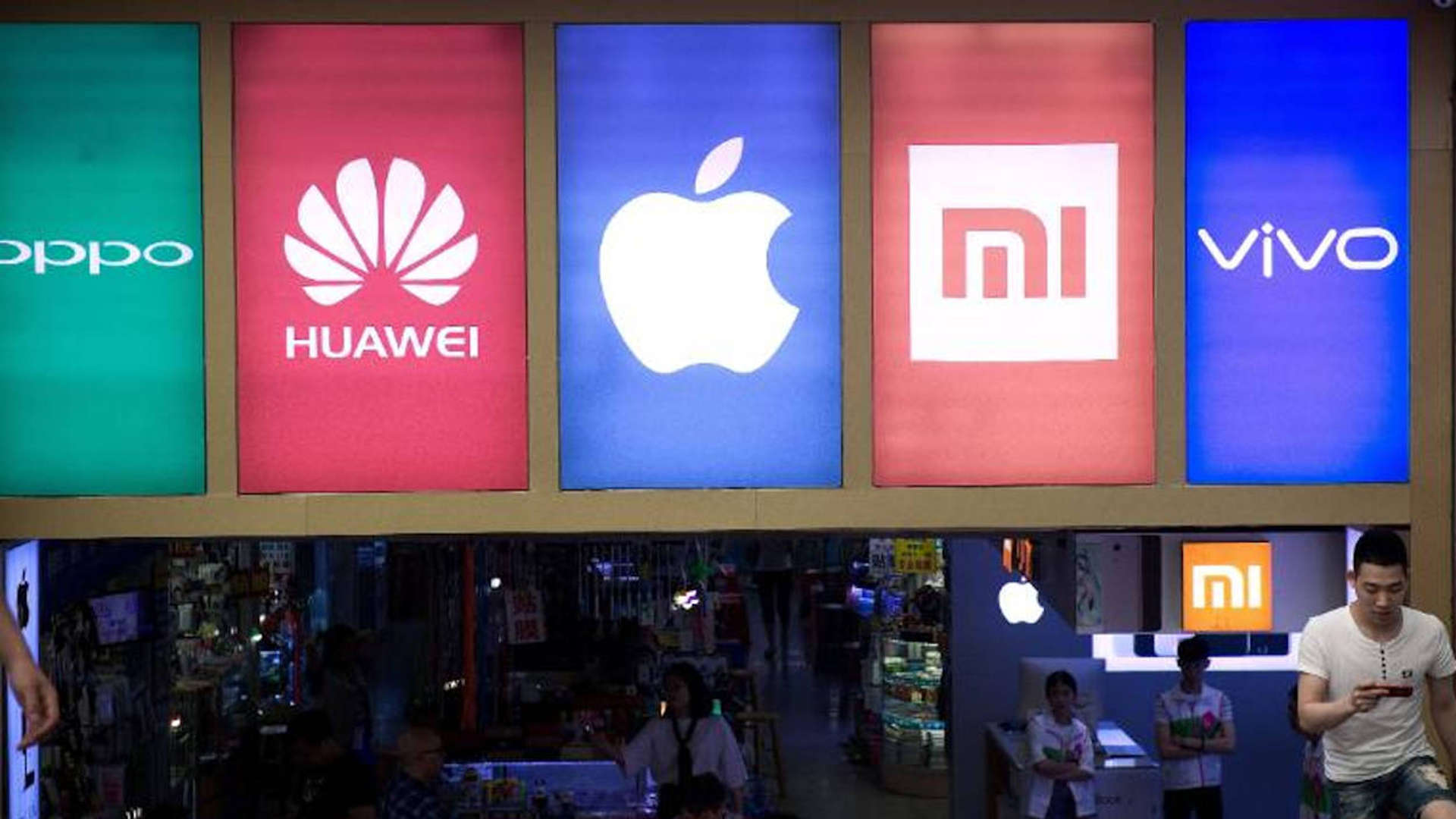 Watch out for Realme (and Samsung)!

While on the one hand the management of updates could lead to an advantage for Xiaomi, at the same time leaving the current policy unchanged could mean a loss of ground. Because for a Huawei that collapses in the rankings there are realities, new and not, that are ready to take advantage of it. 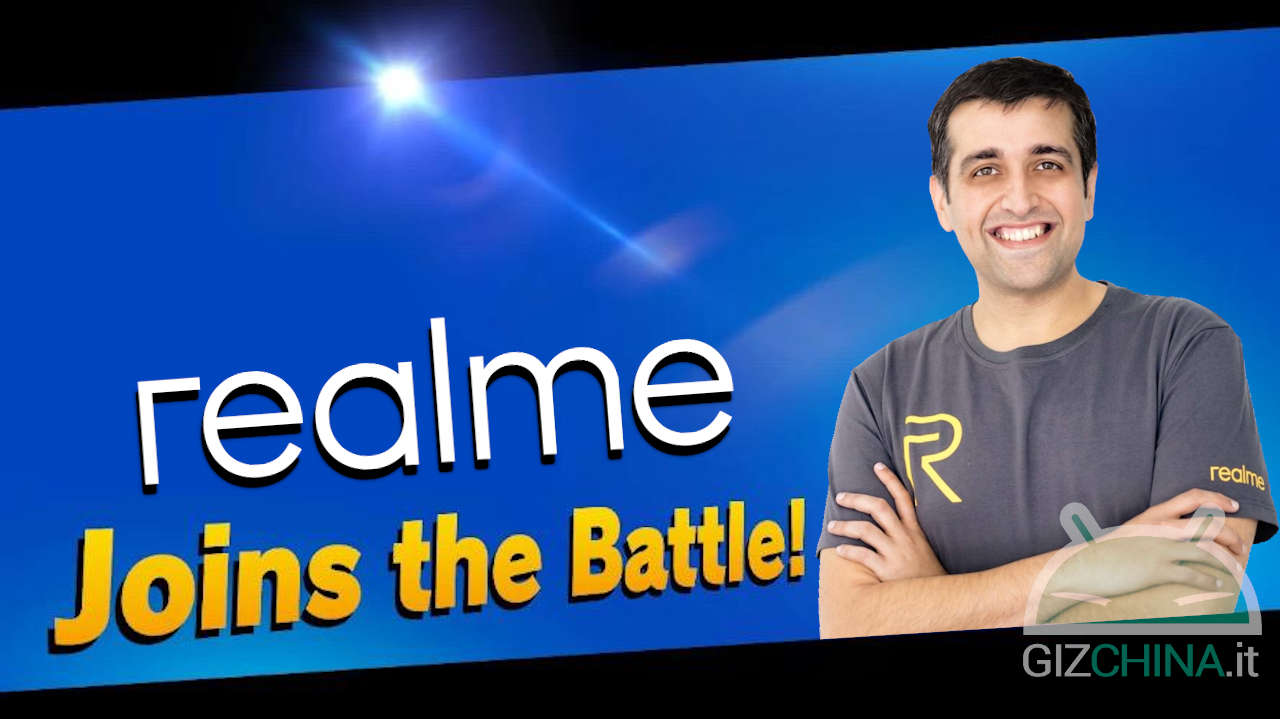 One above all Realme, a sub-brand of OPPO which in poco time she promptly detached herself from ColorOS to create her own Real UI (although the inspiration remains). It is a company that was born in Asia but wants to please the West, as evidenced by the "stock flavor" of its software. Which cannot be said for Xiaomi and Huawei, whose software is heavily customized. Not that it's a bad thing, on the contrary, MIUI and EMUI have many features that are also very useful, but the more a UI is proprietary, the more difficult it will be to update it. Also because each model needs a version of the UI sewn on it, so you will understand that everything ends up getting even more complicated.

And hats off to discover that the Realme UI 2.0 Sara exclusively based on Android 11, surpassing the current Android 10. Taking up the official roadmap, it follows that models such as the mid-range Realme 3 Pro, released in 2019 with Android 9 Pie, will have its update to Android 11. 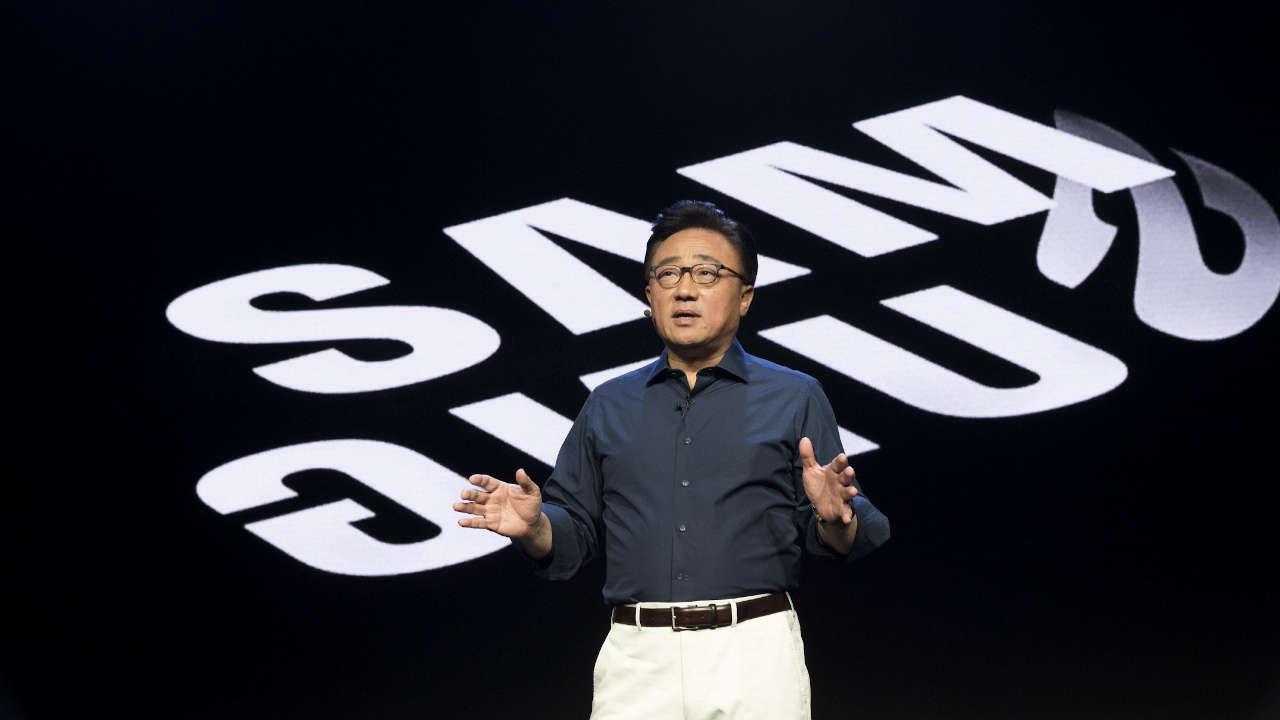 It was also the one who realized she had to change the update policy Samsung, another company that has flooded the smartphone market and that has further slowed the distribution of Android. In recent years, however, the company has worked hard to improve, going from an imperfect TouchWiz to a more than appreciable One UI. Once its UI improved, Samsung moved on to take care of the Android update policy.

A few days ago an important change was announced: from now on many smartphones will be supported with three major Android updates. And not only the top of the range, but also and above all the middle band, including a model like Samsung Galaxy A51 which sells for around € 200 / € 250. There are various "whys" for which Samsung has decided to take this step, but the main one is certainly the competition. Especially since the Korean has to deal with the now direct rival OnePlus, one of the most virtuous companies in terms of updates.

Xiaomi (and not only) is working to improve

We want to close this discussion with a glimmer of optimism towards Xiaomi. Both with the advent of Android 10 and especially with that of Android 11, the manufacturer is proving even more responsive of the past in embracing the latest firmware versions. Thanks to working closely with Google, she managed to bring Android 11 to Xiaomi Mi 10, Mi 10 Pro and Redmi K30 Pro. This gives us hope for the future, but it is in the mid-range, the best-selling one, that we would like to see. big changes.