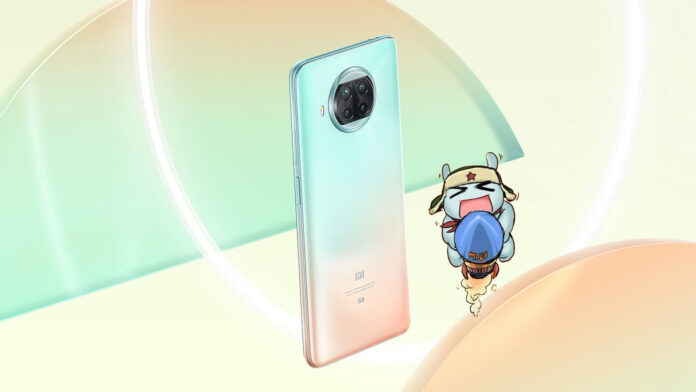 Lei Jun's company recently presented the new series Mi 10T, welcomed with enthusiasm by fans thanks to a respectable technical sector and an affordable price. The major models are already in preorder on Amazon while as regards the baby of the family, marketing is scheduled for 13 October. If you are also waiting for the device to arrive then you will be more than pleased to find that Xiaomi Mi 10T Lite is currently the most powerful mid-range of Antutu, in defiance also to OnePlus North.

17 / 10 Update: Antutu has published the ranking of the best Global mid-ranges of September 2020. Find all the details at the end of the article.

Xiaomi Mi 10T Lite beats everyone on Antutu: this is how much it has totaled 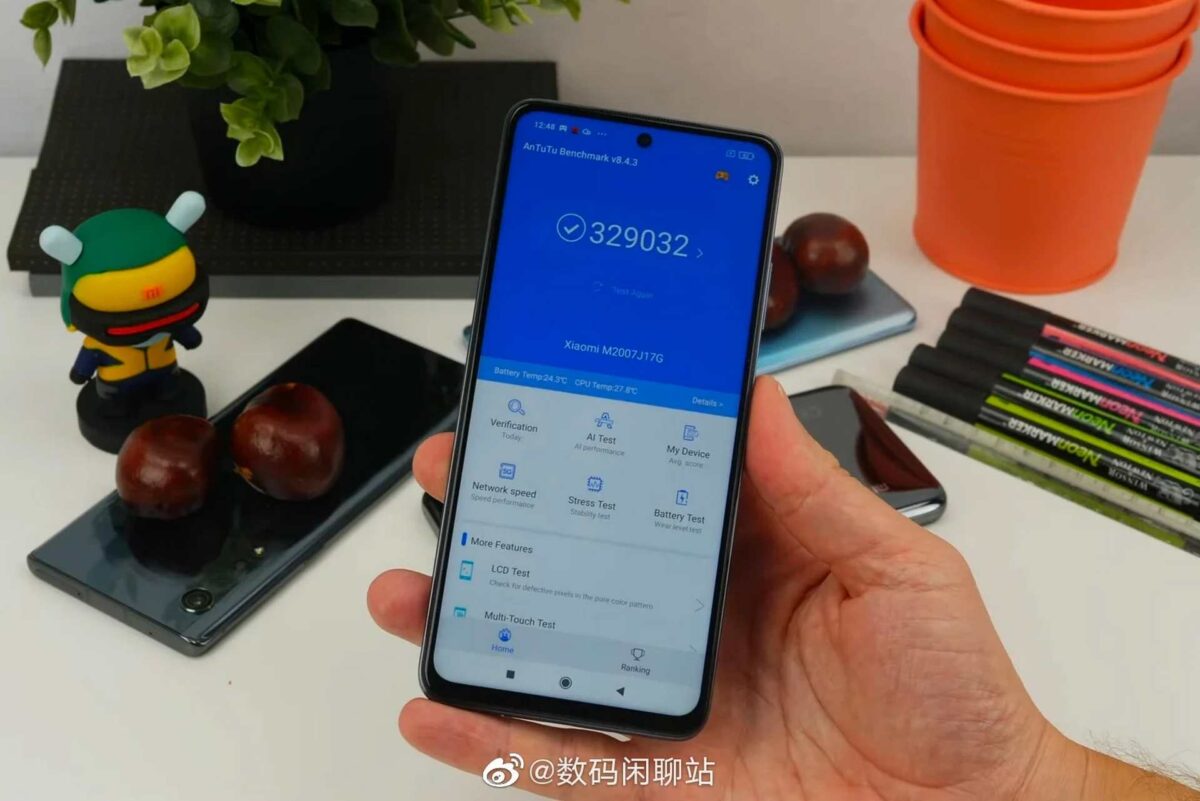 At the moment the usual Antutu ranking is not yet available, the one for September 2020, so it cannot be excluded that there may be some twists. Meantime Xiaomi Mi 10T Lite enjoying the podium with ben 329.032 points, against 326.958 of OnePlus North, champion of Antutu for the month of August 2020. Obviously the ranking refers to the Global models: if we look at the best in China, Redmi 10X undermined everyone with 396.887 points, thanks to the Dimensity 820. 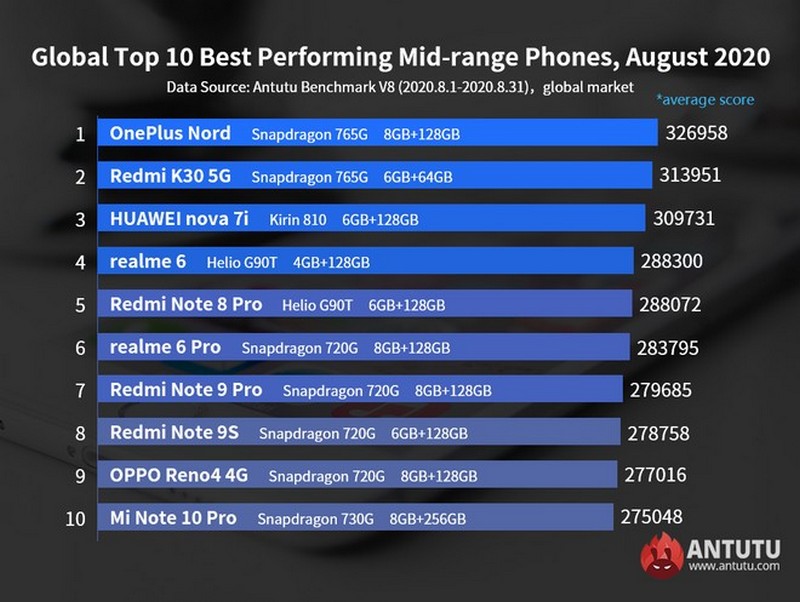 However, it is interesting to note the relationship between Mi 10T Lite and OP Nord: the former is equipped with the chipset Snapdragon 750G while in the case of the OnePlus model, on board we find it Snapdragon 765G. In short, for Qualcomm the battle is fought at home.

However, as anticipated just above, we are waiting for the official Antutu ranking for the Global mid-range, in order to find out if Xiaomi Mi 10T Lite is actually the new platform champion. 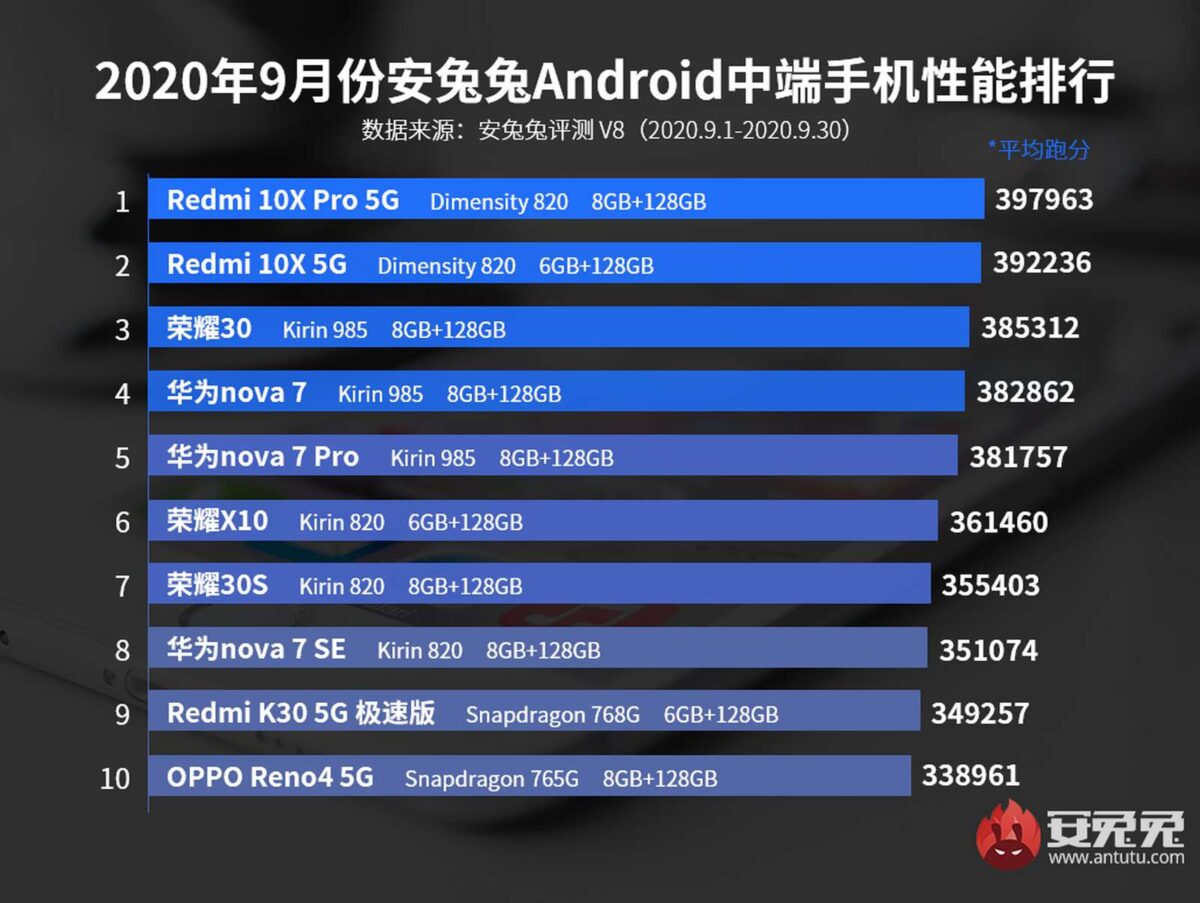 Over the past week we have been struggling with Xiaomi Mi 10T Lite on Antutu, with a higher score than OnePlus North, the mid-range of the moment. Details on the global September ranking are still missing, so things could change in the coming days; however the list of best smartphones from Antutu in China (for September 2020), with a series of devices that show a very different situation compared to the western landscape.

In fact, the country has not seen the debut of either the OnePlus model or the latest Mi 10T Lite (although it could arrive as Redmi Note 10 or 10 Pro, according to some rumors). For this reason, the ranking is practically unchanged compared to August, once again with Redmi 10X e 10X Pro to dominate the scene.

As mentioned above, for now the ranking of the best global mid-range of Antutu is still missing. As soon as it is published we will update this article with all the details. 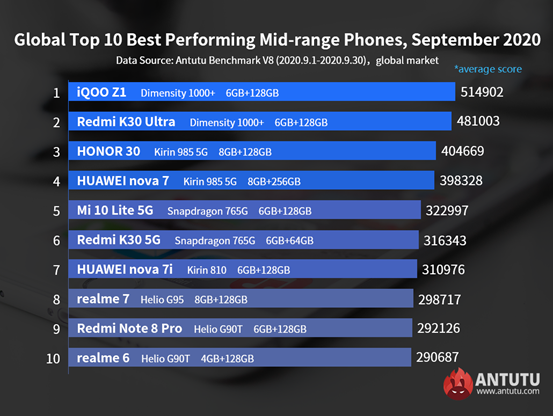 After the Chinese ranking here comes the list of the best smartphones Global di band half su Antutu, obviously for the month of September 2020. At the top we find iQOO Z1 e Redmi K30 Ultra: as seen also for the ranking of flagships (with Mi 10 Ultra present among the Global models), at the top there are two smartphones that are currently only available for China. According to the information gathered, the two models have not yet crossed the country's borders and have not been launched in either India or Taiwan (known precisely for being considered part of the global market). An anomalous fact but at the moment everything is silent from the benchmark platform. Below, for convenience, we leave you the complete ranking.

Also note a general increase in performance upwards compared to last month: lo Snapdragon 765G, the best mid-range chipset on Antutu, has been totally outclassed by the Dimension 1000+ of MediaTek and from Kirin 985, now considered a mid-range solution.

Finally we point out the absence of Xiaomi Mi 10T Lite from the ranking: the sales of the device began on October 13, so it is reasonable to imagine that the newcomer of the series will make his debut on Antutu in the next ranking. Incidentally, yet another anomaly: what happened to it OnePlus North, king of the August ranking?