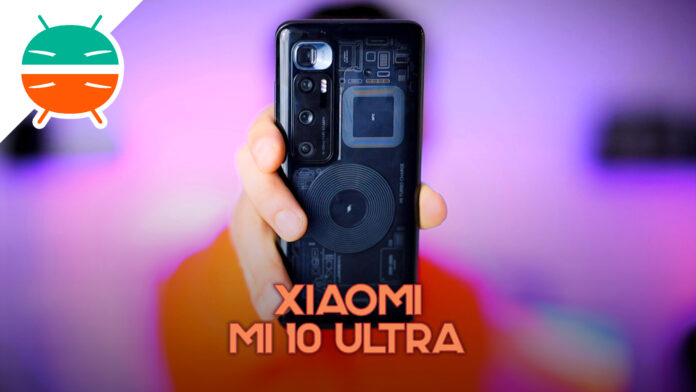 Lo Xiaomi Mi 10 Ultra it reminds me a lot of my first Xiaomi smartphone, a Mi2. To buy it I had to take a trip to Bologna, take it from a guy who had just returned from China and flash it with a global ROM, which had been created by the already large community of the brand that - in those times - it was mostly made up of nerds and experienced developers. And even if Xiaomi is now one of the most famous brands in the Bel Paese, it has opened dozens of retail stores, and has a decidedly more glorious and homogeneous community, there is a lot of the Mi A2 in this Mi 10 Ultra presented - Moreover - for the XNUMXth anniversary of the company.

And the reason is simple. In Europe it will probably never arrive, to try it we had to have it sent to us from China (no, it does not have the 20 band), and we had to reflect it with a global rom developed by xiaomi.eu. And why did we do it? Because the Mi 10 Ultra it is probably the best Xiaomi ever but, in a sense, the company is right not to sell it in the West.

Silver and shiny, the packaging of the Xiaomi Mi 10 Ultra it stands out both for its appearance and for what it contains. In addition to the smartphone, there is a 120w fast charger, a cover, a film (already applied to the screen) and a USB-C adapter for the 3.5 mm headphone jack.

Say it Xiaomi Mi 10 Ultra it's a great smartphone in every sense, it's not wrong. Because in addition to first-class technical specifications, its 162,4 x 76,1 x 9,5 mm and 221,8 grams of weight, make it quite uncomfortable to keep in your pocket and use with one hand. In short, it is among the largest and heaviest in the category, but the sandwitch structure, with two covers with curved glass that close perfectly on the aluminum frame, and the back of the Transparent Edition that from that “nerdie” touch just like it happened with the Mi 9, give it an ultra-premium phone touch and feel, as it should be.

Lo fingerprint scanner it was inserted under the display, it is optical and it is rather fast, there is no headphone jack and it does not have any IP certification for resistance to water and dust. At the rear, the large camera bump is almost half the length of the device's total height and is so large that you touch it when you hold your smartphone. A particular light gray highlights the periscopic zoom that - at least on paper - should be able to deliver decent shots up to a 120x magnification, clearly digitally. But, spoiler: he can't.

The display of the Xiaomi Mi 10 Ultra it's a 6.67 OLED thumbs can guarantee one maximum refresh rate of 120 Hz and compatible with the standard HDR 10 +. The resolution, however, is a more conservative and traditional FullHD +, the QHD + of which was therefore abandoned - sincerely - we will not miss it. 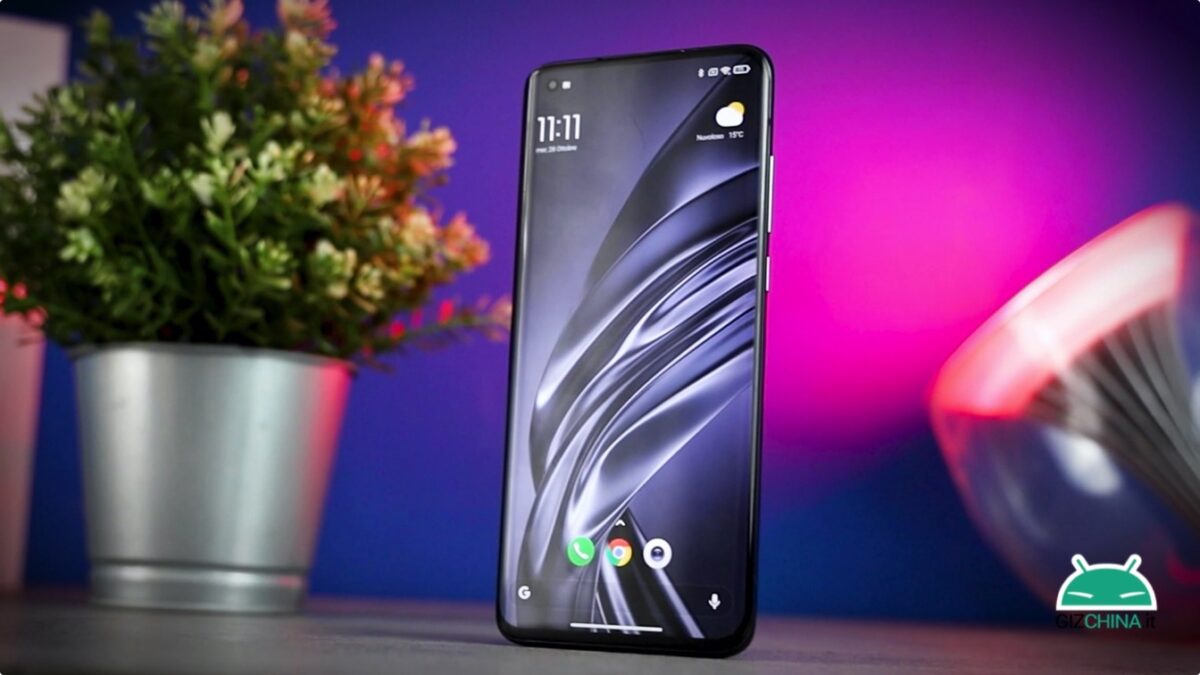 This is a very good quality screen, extremely fluid in use and able to reproduce vivid colors, well saturated and well balanced. By default, the screen is managed with the "Adaptive color" feature, which I personally appreciate very much, but anyone who does not like colors that are too "pushed" can change each setting in the settings menu.

Good brightness, which with i about 1120 nits exceeds (albeit of poco) that of Samsung Galaxy Note 20 Ultra, and which is definitely sufficient even in direct light conditions. 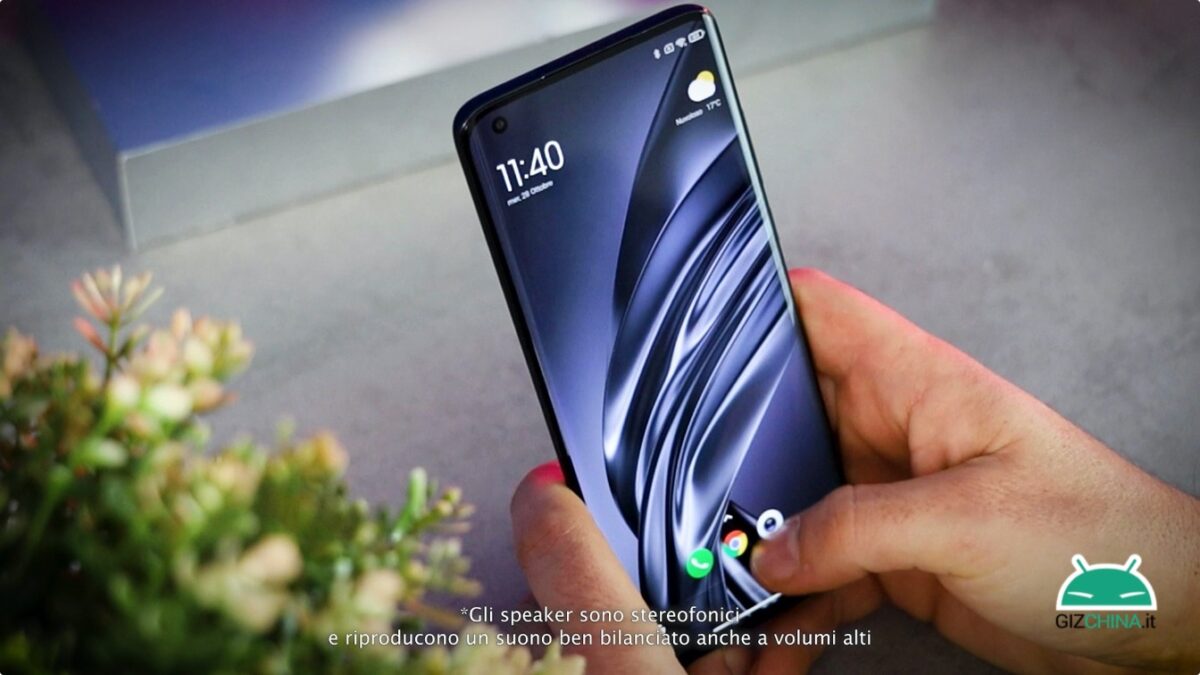 But as well as other smartphones that adopt this solution, if there is one thing that I just can't swallow anymore, it is the curved edges that yes, aesthetically they are more beautiful and scenographic, but in practice they bring more complications than benefits: in WhatsApp, for example, with the Mi 10 Ultra you might have some difficulty tapping the voice message key.

Let's start immediately with an assumption. The Xiaomi Mi 10 Ultra it is one of the smartphones with the most pumped hardware this year. The processor is the Qualcomm Snapdragon 865 flanked by one Adreno GPU 650, the RAM memory cuts are 3 and even reach 16 GB of LPDDR5 type and there are also 3 cuts of internal memory, which can go up to 512 GB with UFS 3.1 memories.

Either way, it goes without saying that the Mi 10 Ultra it's definitely fast. And it is also in the less powerful versions. With the company's XNUMXth anniversary smartphone it is practically impossible to stumble into system slowdowns, micro-lags of sorts or problems about the execution of complex tasks or very demanding games that are loaded very quickly and executed at maximum framerate. 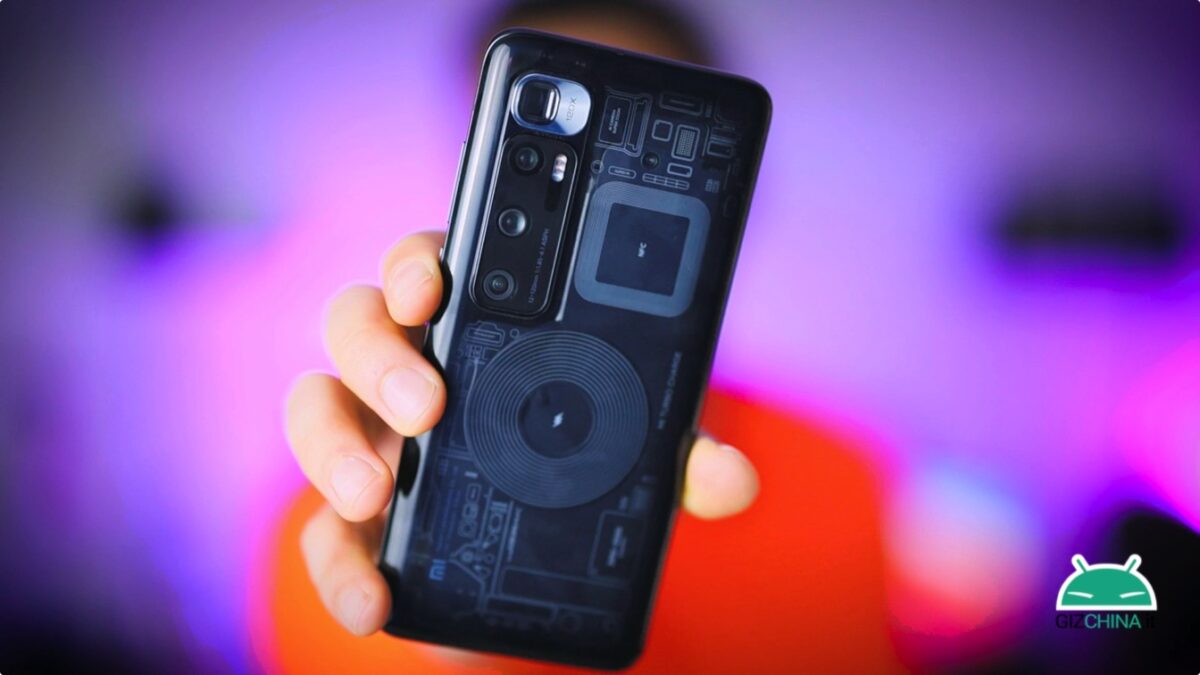 Here is the technical sheet of the Xiaomi Mi 10 Ultra:

In short, the feeling I had using it Xiaomi Mi 10 Ultra is that whatever the task is asked of it, it will be light for the hardware it integrates. 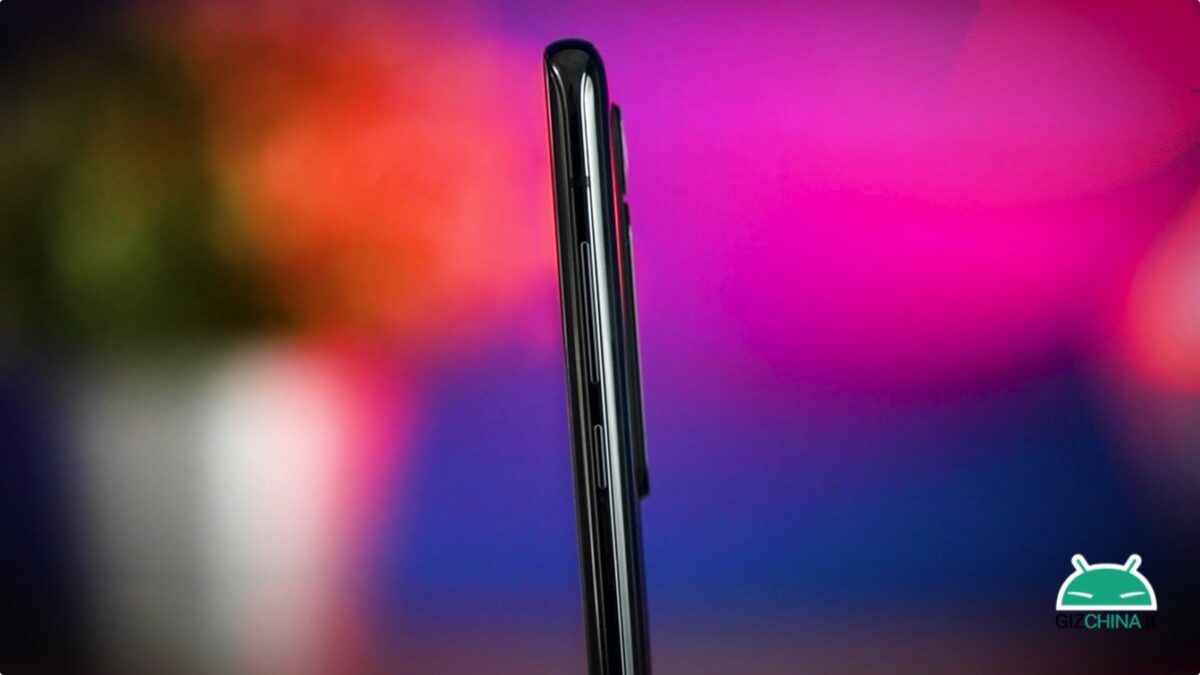 Here is the complete photographic sector of the Xiaomi Mi 10 Ultra:

In short, it is Xiaomi Mi 10 Ultra it is capable of taking very incisive photographs, which stand out in contrast and have an average dynamic range. The color rendering and white balance are pretty consistent with reality, and in none of the photos taken with the smartphone did I get the feeling that there was something wrong, except when I went beyond 10x zoom, where the images became - inevitably - rather battered. Needless to say, at 120x in the vast majority of cases they are just unwatchable.

Also excellent performance in low light conditions when you can also shoot automatically and without the need to use the night mode, light conditions which basically it Xiaomi Mi 10 Ultra it almost never fails and manages the noise quite well.

The only problem I encountered it's about autofocus: One in three times both the main lens and the telephoto lens fail to focus quickly, and you will need to tap the affected area to be able to see the sharp image.

Very bad then the photos in night mode, one of the worst I've ever tried in this last period on high-end smartphones. The point is that, unlike other rival smartphones which take longer to take photographs in night mode, the shutter speed of the Mi 10 Ultra it is quite fast and, consequently, the result is poor. I am convinced that this is a problem that can be solved by a software update but, until a fix is ​​released, the night mode of the Mi 10 Ultra is absolutely rejected. 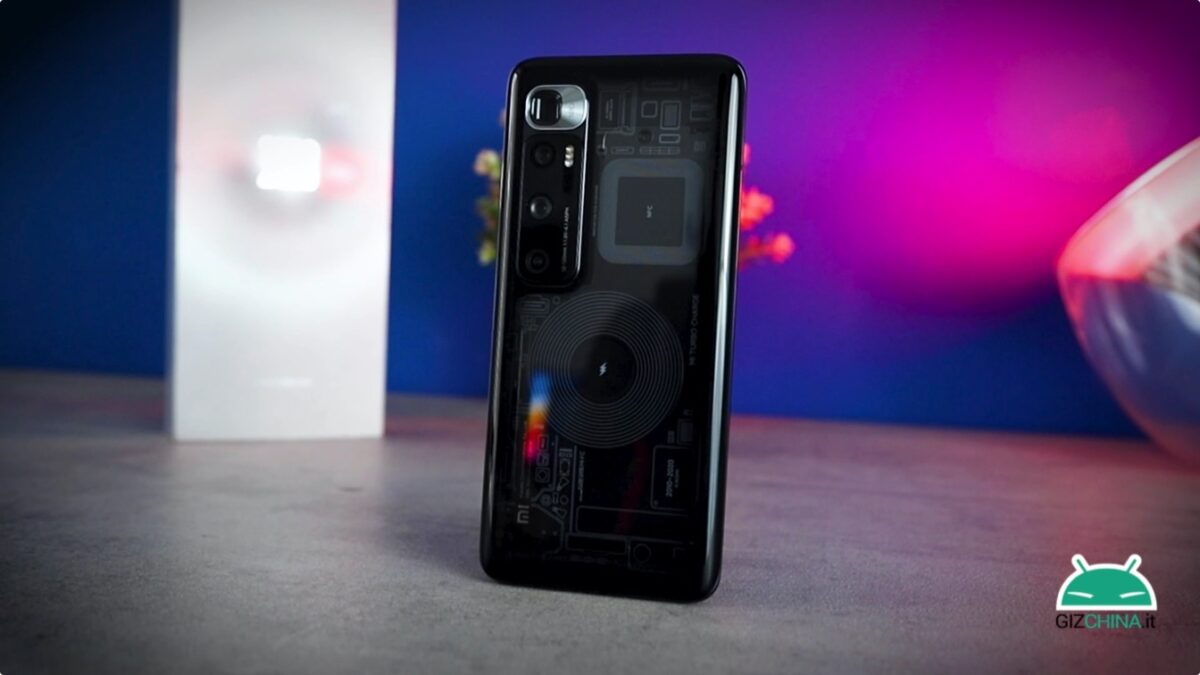 Videos are also average, which can be recorded at resolution maximum 8K at 24 fps, or in 4K at 60 fps. There is also super slow motion a 960 fps in FullHD, quite fun to use when you are in good light conditions.

To animate it Xiaomi Mi 10 Ultra Android 10 customized by the new one MIUI 12 which, let's face it: either you hate or love. I am one of those who love the stock experience, so I am not a fan of MIUI which, in version 12, has however become more pleasant to use. The customizations are still many and can be found in everything: from the notification menu to the animations of the removal of applications in the home.

There are also very useful features, such as the Mi Remote with which you can manage the TV via the IR transmitter, there is the excellent mode Game Turbo, with which you can balance the frame rate, the image quality in games and the performance of the system and in fact I have not encountered many problems even with the reception of notifications, which in the rom we flashed work quite well. In short, there would be many things to say about the Miui 12, but we will do it in another location.

The battery of the Xiaomi Mi 10 Ultra is a 4500 mAh able to guarantee, despite the technical data sheet and the 120 Hz display, a more than sufficient autonomy. In my tests, with a rather intense use, I managed to overcome the 6 hours of display on. 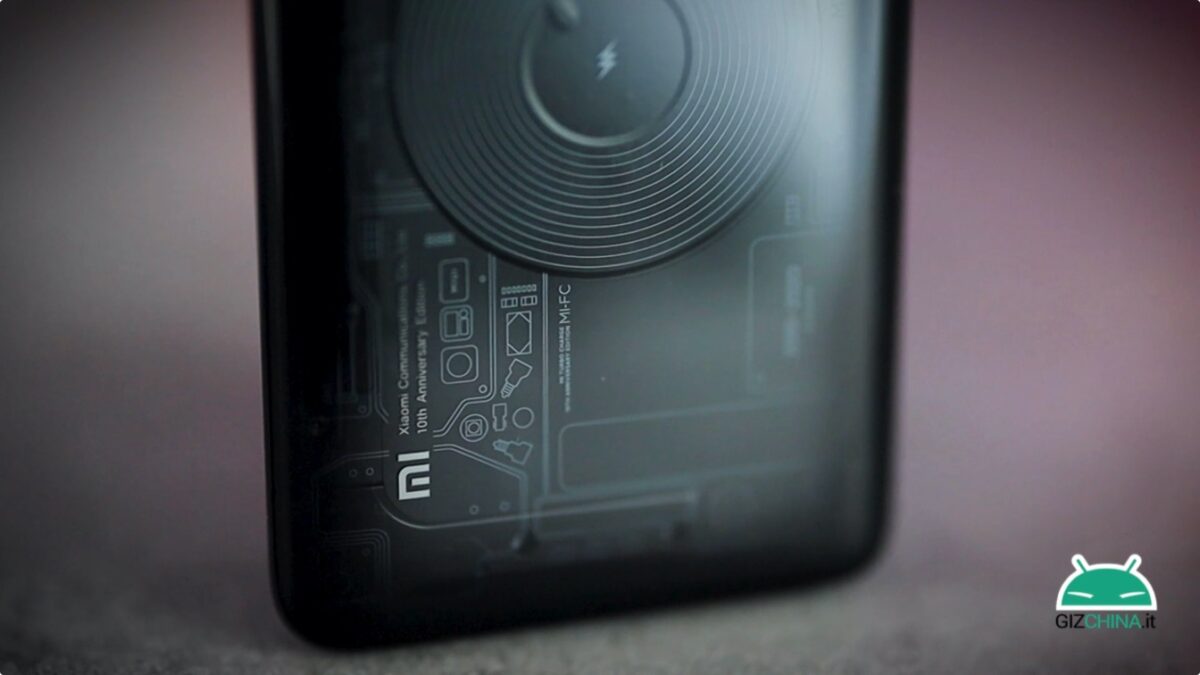 Good then the fast recharge from 120w, which works by charging in parallel the two batteries that really hide inside the smartphone body (and which, added together, reach 4500 mAh), but which has left me rather perplexed about the longevity of the same: in the rapid charging phase the smartphone it gets extremely hot, to the point of being annoying when held in the hand. But the recharge is very fast: from 0 to 100% in 21 minutes.

Il price of the Xiaomi Mi 10 Ultra (in Chinese version) is 717 euros for the 8/128 GB model (rising to 732 euros for the xiaomi.eu version) and 849 euros for the 12/256 GB model. Top-of-the-range prices, as it is, and in fact even lower than the newcomer in Italy Vivo X51 5G, which has a revolutionary camera for the stabilization system, but mounts a less performing hardware. 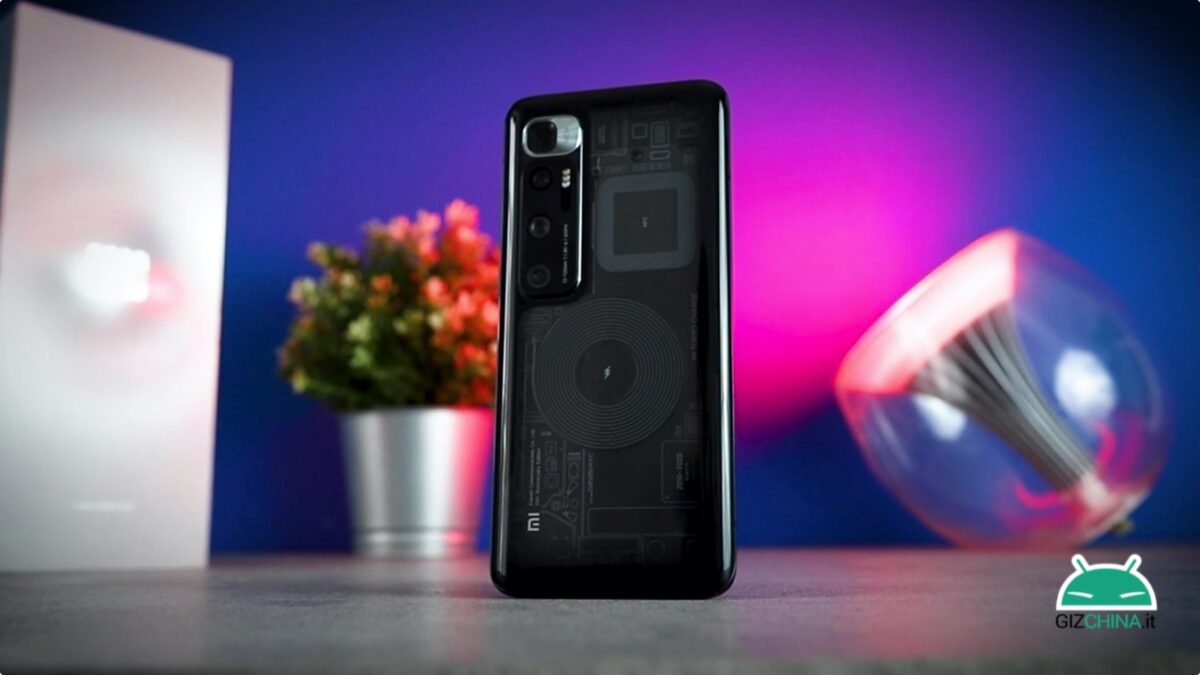 In short, it is Xiaomi Mi 10 Ultra it's great for a lot of things, the display, the camera, brilliant performance and good battery life. But it's not perfect, it lacks the IP certification, it gets very hot while charging, and the camera needs improvement in some respects. In short, if it were sold in Italy it would enter into direct competition with theOnePlus 8 Pro, the Galaxy S20 Plus (or even the Ultra) or the very good Oppo Find X2 Pro and compared to these models it has a faster recharge and a more balanced camera configuration, but there are still many of the tricks in many small things necessary to justify such an expense.

Buy the Xiaomi Mi 10 Ultra in the version with 8 GB of RAM and 128 GB of internal memory!