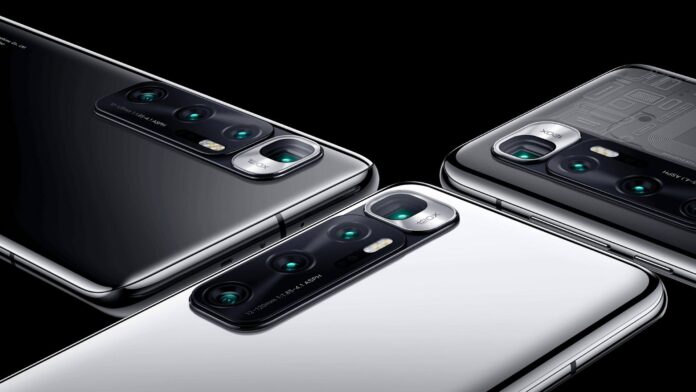 In July, to celebrate the tenth anniversary, the Chinese company has launched the brand new Mi 10 Ultra with 120 Hz display, 120X zoom and 120W super fast charging. In short, a real gem, which however could remain the prerogative of Chinese users and never see the light in the rest of the world. According to the latest news, Xiaomi mi 10 ultra e Redmi K30 Ultra Global they will not: for this reason the Mi Fans have mobilized with one online petition, asking Lei Jun's company to release these models also in Europe.

17 / 10 Update: “suspicious” news arrives, but which bodes well. Find all the details at the end of the article.

Xiaomi Mi 10 Ultra and Redmi K30 Ultra (and not only) perhaps coming in the Global version: Google certification check

Here are all the details posted by Google

Have fans of the brand managed to convince Xiaomi? Unfortunately, at the moment it is not known and everything is silent from the company. To speak are some certifications of Google: in the last hours the list of supported devices has welcomed four models of the Chinese house and perhaps it could be a clue to start celebrating. It is in fact the models M2007J1SC e M2006J10C, Code-named Cas e Cezanne, respectively Xiaomi mi 10 ultra e Redmi K30 Ultra: that a Global version is in the pipeline?

Besides these two smartphones have also been added Redmi 10X e 10X Pro, initialed M2004J7AC e M2004J7BC (code name Apricot e Banana). Obviously it's good to keep an open mind: the arrival of these four models in the Google database could also indicate their debut in India. However, as often happens, the launch in the country could lead the way for the European market, at least as regards the possible Xiaomi Mi 10 Ultra Global.

Despite this, it is good to always keep your feet on the ground: at the moment the position of the Chinese company does not foresee the launch of the super flagship outside the Chinese borders. A change of course cannot be excluded, but it is also true that numerous rumors speak of the arrival of the Mi 10T Pro model. We will see what Xiaomi has in store and in the meantime we are waiting for further news.

Here is the surprise, ¡an encuentro with 3 #MyFans and # Mi10Ultra! Fue todo un placer conocerlos. 👇

And here is the surpirse, 3 #MyFans that discovered # Mi10Ultra! Really happy to meet them and show this phone. 👇 https://t.co/5f0aGsSrbZ

… Unfortunately it was just an event dedicated to some lucky Mi Fans who were able to touch the super flagship firsthand. After the mysterious announcement published by the Country Manager of the Spanish division, the mystery was revealed. Meanwhile, both in Italy and in the rest of Europe have appeared the new models of the Mi 10T series, But say Xiaomi Mi 10 Ultra Global not even the shadow: is it time to lose hope?

The rankings of Antutu dedicated to the best models top e mid-range Global September, published in the score hours (here e here find all the details). Well, here's peeking both Xiaomi mi 10 ultra and Redmi K30 Ultra in version Globaldespite the fact that the two devices have not yet been released outside China. It is a error? Or the benchmark platform has decided that its global rankings they will also include China-only devices? At the moment it is not known what the answer is, but certainly it is a possible clue that rekindles hope.

What do you think about it? Would you like to see the two Ultra models in Europe and Italy? Let us know in the comments!