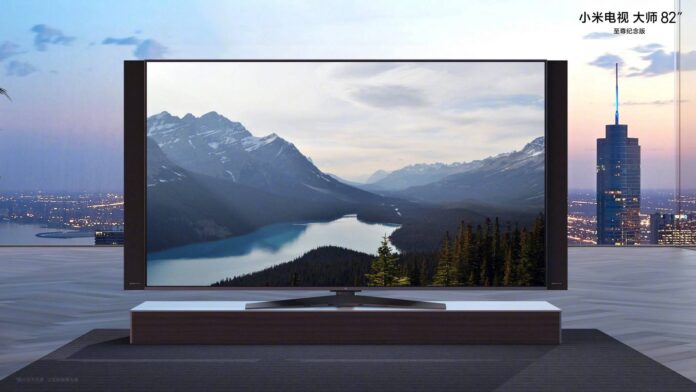 For the tenth anniversary, in addition to launch the new Mi 10 Ultra, the Chinese company left everyone stunned by presenting My TV LUX, Transparent OLED device with an exceptional look. Meanwhile, a teaser popping up on the net announces the arrival of one Horizon Edition, solution characterized by extremely thin frames and coming in September. But the news for the Chinese home does not end there: the smart TV series of Xiaomi è is enriched with two new models, two We TV with resolution 8K e 4K. In addition, the Chinese company confirmed the name, Xiaomi Mi TV Ultra, and the release date of the new product in 8K.

Xiaomi Mi TV Ultra: all about specifications, price and availability of the two new 82 ″ Smart TVs 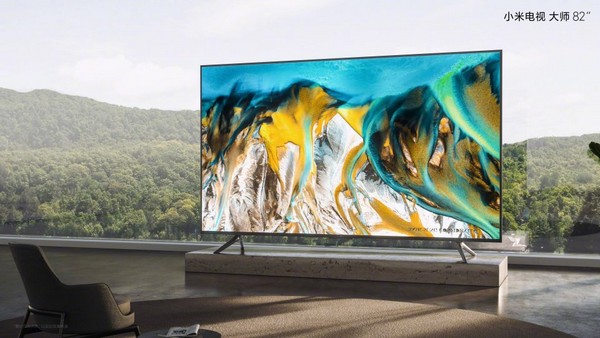 After the many indiscretions from the best known leakers on Weibo and the confirmations of Lei Jun, Xiaomi Mi TV Ultra they are officially on the market. These are two very high-end products, which is obviously also reflected on price. In technical, are actually as it was announced, ie both from 82 ", but with different resolution: in fact the Ultra "standardHas a resolution 4K, While the Commemorative Edition reaches 8K, both equipped with refresh rate a 120 Hz e 10-bit real.

Those that are however the core feature of these two new ones Mi TV Ultra are the hardware technologies of which they are composed: in fact, not only do they both have a 5G form, but also 4 GB di RAM e 64 GB (standard) e 256 GB of storage for the Commemorative Edition. There is no shortage of software MIUI for TV 3.0, doors HDMI 2.1 and support HDR10 + for both.

Xiaomi however, it is not a pioneer for the new TV connection technology, since the former Smart TV 8K with modem 5G is of note, also in Italy, Changhong, but certainly the great work that the colossus of Lei Jun puts us behind its products make them premium products. 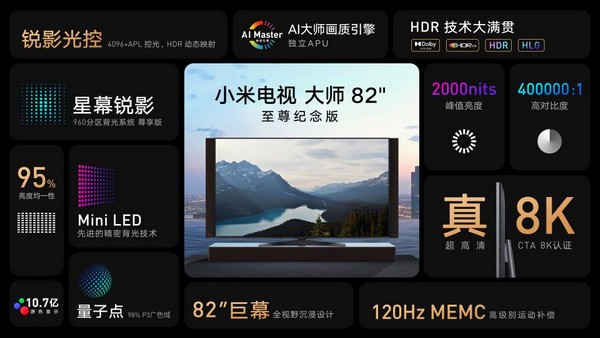 From an official post of the brand, complete with a teaser poster, it was announced that the Xiaomi Mi TV Ultra would be the first smart TVs of the brand equipped with a panel with technology Mini LEDs. It is a solution that offers quality similar to that of OLEDs, using smaller and consequently more precise LEDs: thanks to this novelty it is possible to illuminate or turn off areas of the screen with greater precision, obtaining an almost perfect black (just like OLED panels). Obviously the main advantage is about the price: producing Mini LED displays It costs less compared to OLEDs and unlike these, the phenomenon of burn in. In case you would like to learn more about this technology, we refer you todedicated article. 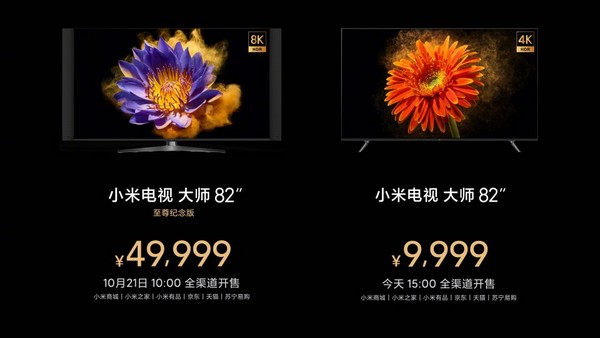 Currently the availability for Xiaomi Mi TV Ultra it is limited to only China, like many products dedicated to the brand's tenth anniversary. While as regards the price of the Mi TV Ultra we find ourselves with the 4K standard at 9999 yuan, around 1260€ and 49.999 yuan (∼6300€) will be needed, but there was no doubt, for the version Commemorative Edition 8K.