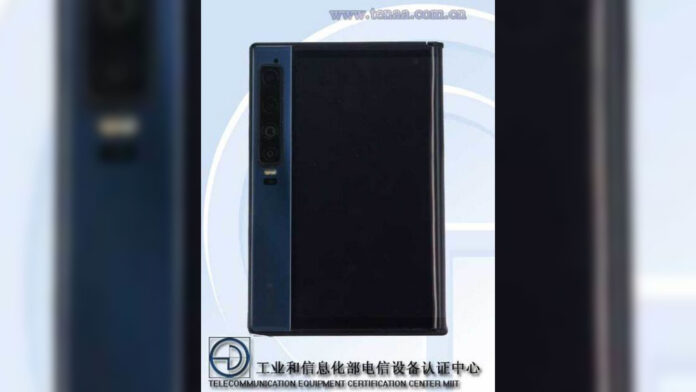 It was March 25, 2020 when it was announced Royole Flexpai 2, the latest iteration of what was in effect the first folding smartphone. These were strange times in China and around the world, as the Coronavirus epidemic began to hit hard in various areas of the globe. For this reason, the official presentation was followed by a standby phase during which there has been no mention of the device. The marketing period has never been mentioned, suggesting that the difficult historical period had put a strain on Royole's production line.

Upgrade 18 / 09: after the release date and the first benchmarks, here are the specifications and images from TENAA. Find all the details at the end of the article.

Royole Flexpai 2 will be done, but we will have to wait a little longer

Actually Royole Flexpai 2 was supposed to debut during the second quarter of the year, or April / May / June, but it did not. The doubt still remains about when it will actually be marketed, but in the meantime the new rumors outline its technical. Yes, because in the presentation phase the company wanted to focus on the key specifications, without going too specific. Also because probably the company has avoided giving details that could have changed over time, given the aforementioned situation. 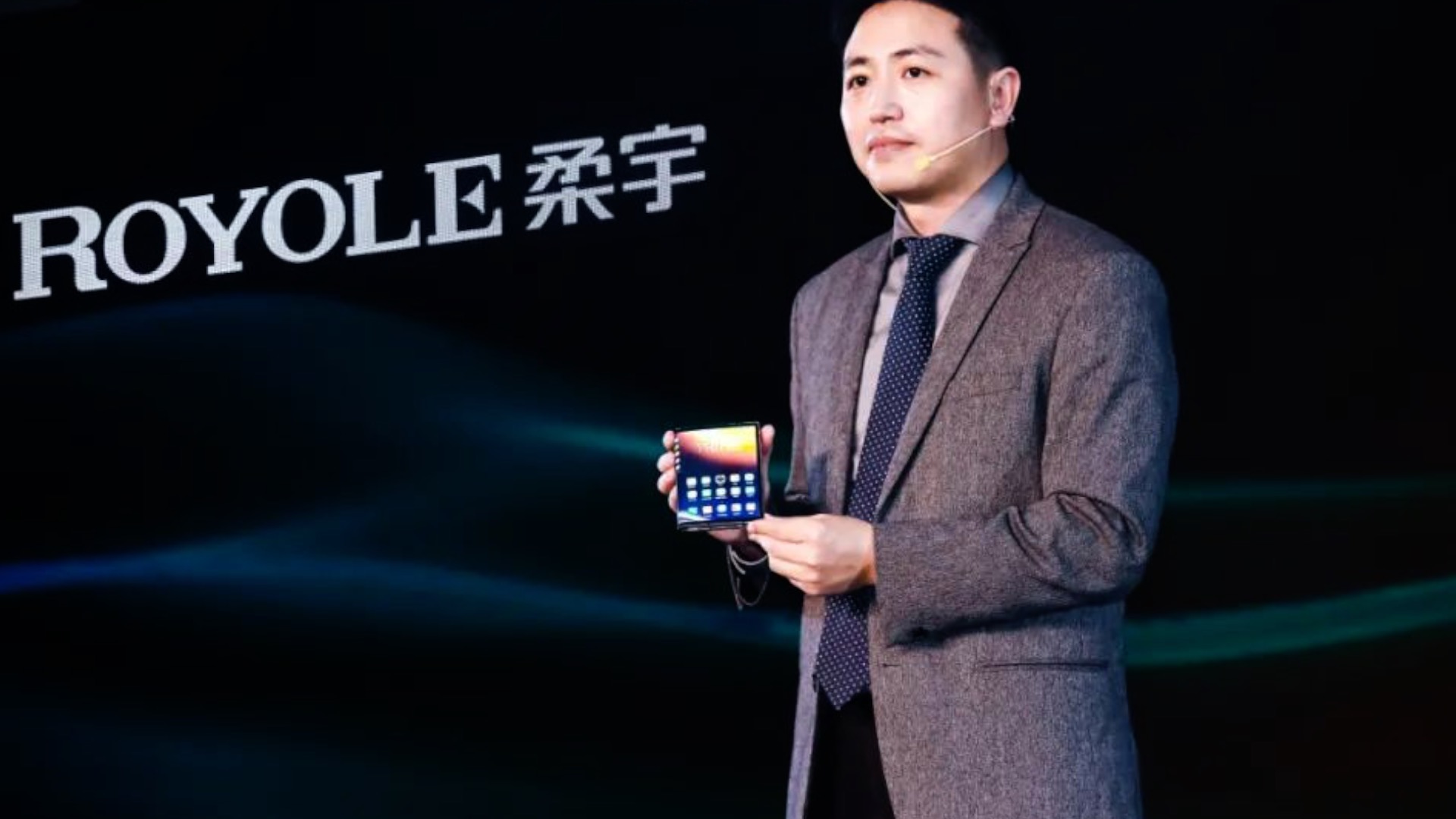 Talking about it was the leaker Digital Chat Station, according to which the OLED screen used on Royole Flexpai will be a unit 4:3 da 7,8 "Full HD + (1920 x 1440 pixels). The folding mechanism is the Cicada Wing of third generation and allows the panel to fold on itself in a similar way to the first model, with a duration of at least 200.000 bending. Nothing to do for the high refresh rate: Flexpai 2 will remain conservative, adopting a screen from 60 Hz.

Confirmations for the hardware sector of Royole Flexpai 2, led by Snapdragon 865 manufactured by Qualcomm. The RAM memory cut is 8 GB of type L, while that of storage remains unknown UFS 3.0. Initially we were not given any information on the photographic sector, while now we discover that the quad camera will have sensors from 64 + 16 + 8 + 32 MP. In addition, we also see the battery unveiled, a unit from 4.450 mAh in a thickness of 6,5mm when open and a total weight of 340 g of .

Price and date of presentation 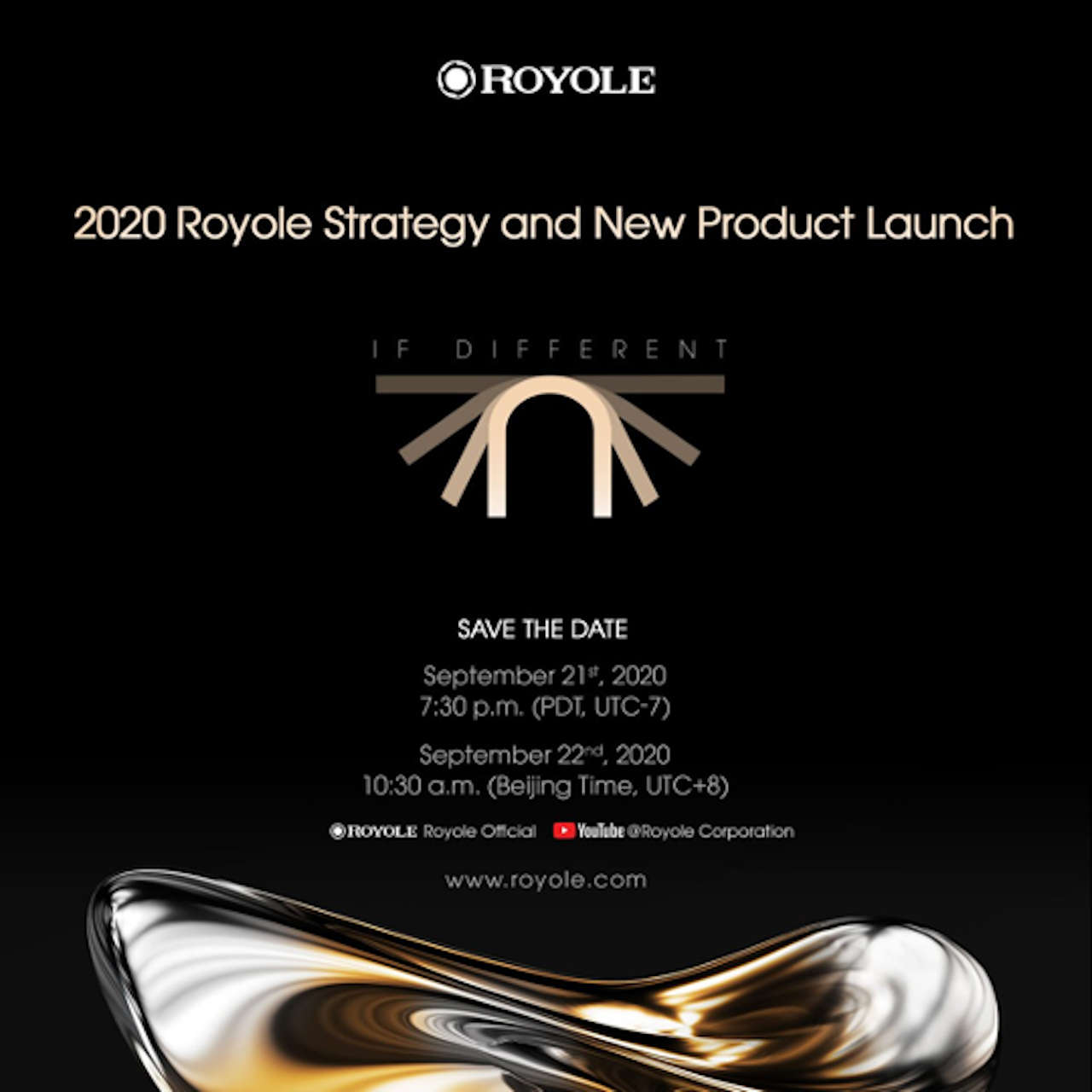 Months after the initial event, Royole has published the presentation date of FlexPai 2. The keynote will be held in online streaming the next September 21th at 04:30 Italian time. It will be visible on YouTube on the Royole Corporation, as well as on the company's official website. As for the selling price, at the moment no details have been leaked yet. 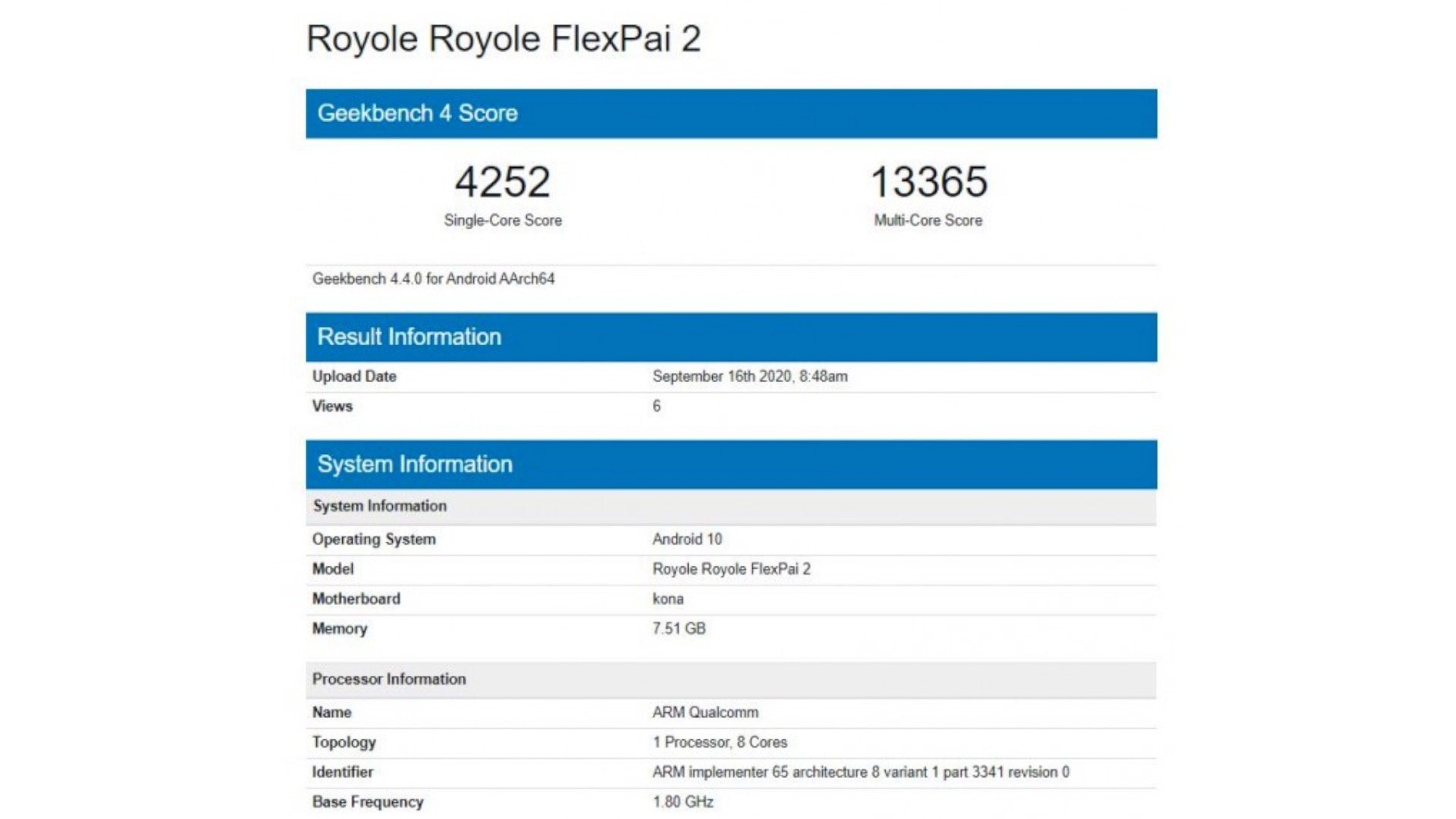 Royole Flexpai 2 has appeared in the past few hours on GeekBench 4, showing some of its computing power. The device has totaled 4.252 points in single-core and well 13.365 points in multi-core, a truly exciting result. It could only have been like this, however, given the presence inside a Qualcomm Snapdragon 865 SoC. And now, for the more curious, the images and technical of TENAA, the Chinese certification body par excellence.

The edge of the terminal houses a Quad Camera from 64 + 8 + 2 + 32 MP, with the latter module dedicated exclusively to selfies. The battery is a unit of 4.450 mAh with fast charging while safety is entrusted to a side fingerprint reader. The TENAA certification mentions the Magic Gold, Dark Night Black and Star Gray colors.