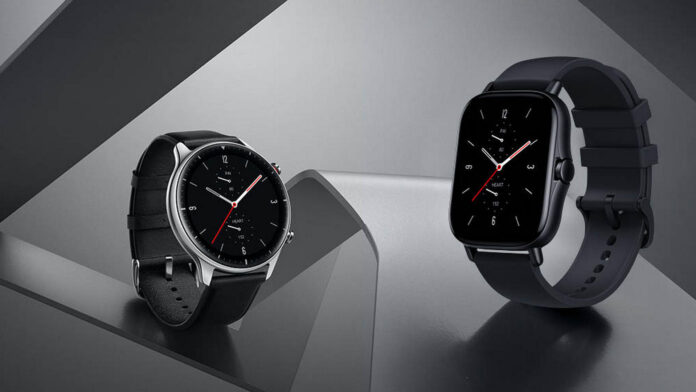 More than a year later, Amazfit GTR 2 is preparing to carry on the legacy of the first smartwatch model. Huami further enriches the family of wearables, after the launch of the Lite variant. The successor to GTR had already been previously sighted, thanks to the information obtained within the Amazfit app itself. And receiving the certificazione by the Western body Bluetooth SIG its official launch is approaching. And today the Chinese company finally announced the release of the device in China, also accompanied by Amazfit GTS 2.

22 / 09 Update: the new GTR 2 and GTS 2 are official. To take a look at the dedicated article, all you have to do is click on the dedicated pages (here e here).

Amazfit GTR 2 and GTS 2: the novelties of Huami's new smartwatches

With the code name "Lisbon" and initials A1952, Amazfit GTR 2 has been certified by the Bluetooth SIG body with support for connectivity via Bluetooth 5.0, like any self-respecting wearable of 2020. The smartwatch is again equipped with round display and with technology AMOLED: This is a 1.39 ″ drive with 328 PPI and 450 nit brightness. The device comes in sport and classic versions, the first with an aluminum body and silicone strap while the second made of stainless steel and with a leather strap. Glass - a 3D curved solution - features a coating in carbon, able to offer a level of hardness 9H (comparable to sapphire).

Huami also launched the new Amazfit GTS 2, which - unlike its cousin GTR - adopts a display AMOLED rectangular from 1.65 " with 450 nit brightness, a slightly different style solution than the previous generation, with a more elongated body. The device is made of metal, while the strap is made of silicone. In short, the new ones Amazfit GTR 2 e GTS 2 they will only be able to please enthusiasts thanks to the innovations introduced from an aesthetic point of view: in the first case a round body has been maintained, similar to the previous generation, but with an even more refined style; GTS 2 instead changed the cards on the table by introducing an elongated panel in style Huawei watch fit e Honor Watch ES.

In the wake of the presentation of the new Apple Watch Series 6, Huami has finally launched a novelty awaited aboard Amazfit GTR 2 and GTS 2. Both models feature metering SpO2, or the saturation of oxygen in the blood in the form of modalities OxygenBeats. A feature that will please both sportsmen, who can better monitor their activities, and users with respiratory diseases. Furthermore, in times of pandemics such as the ones we are experiencing, blood oxygenation is a parameter that varies in the case of contagion from Covid-19.

In addition, the function has also been added SomnusCare, with which to discover the quality of breathing during sleep. Finally, the software will also have another bonus, which is the ability to copy music to the internal memory of smartwatches via Wi-Fi. For lovers of sport are available 12 different modalities but things do not end there: the company has promised that it will arrive at least in the future 90 sports modes, so expect several updates. 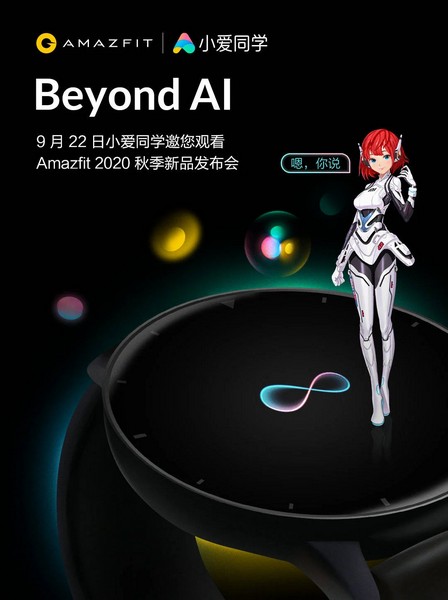 Among the novelties of Amazfit GTR 2 e GTS 2 we also have the presence ofvoice assistant, made possible thanks to the microphone el 'speaker incorporated. As for the Chinese models, the assistant will be XiaoAI, developed by Xiaomi and often you many products of the Ecological Chain of which it is also part Huami. While regarding the version Global, according to the various leak, it should be Alexa to act as a travel companion for users who will use the brand's new watches.

Clearly, the second indiscretion is unfortunately to be taken with pliers, but that if it were confirmed it would be a beautiful and interesting turning point making the Amazfit smartwatch very palatable.

The new Amazfit will be quite resistant

As mentioned above, one of the strengths of the two smartwatches is resistance. The screens used are equipped with a carbon coating to protect the display, whose hardness is comparable to that of sapphire with a grade 9 on the Mohs scale. This is a resistance level up to 20 times higher than that of normal glass, a gem that will certainly benefit the most fearful and sportsmen.

The new Amazfit GTR 2 was launched in the sport and classic version, respectively at price of 999 and 1.099 yuan, approximately 125 / 138 € at the exchange. Regarding Amazfit GTS 2 the price is 999 yuan (125€) for the only variant available. Both smartwatches will be available for purchase in China starting from 23 September while as regards the release in Europe Huami has not yet confirmed a date.