When Xiaomi presented its first TVs, not introducing them in Italy, my curiosity and my desire to try them were at an all-time high. But after the arrival of the My TV 4s in the Bel Paese and after having seen them since vivo this hype fell a bit for me mainly because, after trying it, the 55 "model disappointed me a little bit, the 32" model is definitely too small for my tastes and the 43 "model had a price perhaps too much high for its performance.

But then things changed, and a lot too. And not only the 4 "Mi TV 43s had the same fate as the Mi TV Box and after several updates it became very fast, but because it is possible to buy it at a very low price: at the moment I am writing this review, on Bangood the Mi TV 4s 43 " coastline poco more than 250 euro: it is certainly not the new one Xiaomi Mi TV Lux Transparent Edition, but it practically costs less than a mid-range Android tablet, which is the main reason why I was then pushed to write a review.

Xiaomi Mi TV 4s 43 ”review: the fastest with Android TV and costs less than a tablet

The packaging from the My TV 4s. In the box we basically find only the feet to support the panel with its screws, the remote control (without batteries) and the manuals. That's it, but that's okay: an internet connection will be enough to be able to use the TV immediately and with extreme simplicity.

It is useless to go around it: from a TV of this price range, who knows what is expected in terms of materials and design, and in fact it is true even if - I must admit - around is worse. The frames are in aluminum, they are not very thin but not too evident, while the feet are made of steel. The panel has an almost glossy finish, which greatly reduces reflections and allows the 4 "Mi TV 43s to maintain a pleasant look even when turned off.

Below is a Status LED which, in my opinion, is downright ugly, poco above which the company logo has been positioned: I would have preferred it to have been the logo that lights up, instead of having to see this mausoleum poco under the TV. Furthermore, behind the LED there is the power button.

On the back there is an ethernet port, three USB 2.0 ports, three HDMI ports (one with ARC support), one input for the 3.5mm jack, and all analog AV inputs. They are integrated too two 8 watt speakers, definitely subdued but which we will talk about shortly.

In short, with 7 kg of weight and dimensions of 96 x 20,8 x 60,8 cm, it is certainly not a very thin TV, but it has a well-studied and very compact design, and in this price range you can hardly find better.

The screen used in the Xiaomi Mi TV 4S 43 " clearly has a 43-inch diagonal, it's a LED panel on average, with a refresh rate of 60 Hz, (claimed) viewing angles of 178 ° and a maximum brightness of 250 nits. It is a panel 4K 10-bit (8 + 2) decent, without praise and without infamy, and perhaps slightly poco bright especially for HDR 10 content it is compatible with. Bluetooth 4.2 LE and a dual band WiFi ac network card are also integrated, which do the job they are supposed to do very well.

The processor that drives the whole system is a Mediatek quad-core 64-bit, flanked by one Mali GPU 470, 8 GB of internal memory and 2 GB of RAM memory. And it is probably precisely this extra GB of RAM that makes the Mi TV 4S significantly faster than, for example, the Xiaomi MI TV Stick: Android TV is a very RAM-hungry operating system, and I must admit that the performance in this TV are very fulfilling and you will rarely find yourself having to endure any slowdowns.

Here is the complete technical sheet of the Xiaomi Mi TV 4S 43 ":

From the very first approach, the remote control of the Xiaomi Mi TV 4S gives a good impression. It integrates keys dedicated to Netflix and Prime video, as well as another "Mi" key with which you can start patch Wall, a launcher with which those of Xiaomi want to replace the original one of the Google OS, but which in reality in Italy with few active functions: fortunately, if you do not want to use it, you could remap it. Finally, there is the numeric keypad, the volume control and a key dedicated to Google Assistant, with which you can interact with the digital assistant.

However, there are some shortcomings. For example, there is no control button for multimedia playback, and the key to change the volume is also missing: it would have been better to give up the "Mi" key to make room for the much more comfortable "mute".

As I have already mentioned, the panel used in the Mi TV 4S 43 " it is one of those panels that I personally define as "tractors". Yes, I know, it's a comparison perhaps poco clear, but it is a panel that perhaps does not excel in any particular feature, but it does its job very well. Sure, it's a 2019 model, it's an LED, and as such it tends to suffer slightly on the depth of the blacks and the vividness of the colors. Actually, as soon as you turn on the TV you might be a little disappointed with the video quality at the factory settings, but once the image is calibrated the result is much more than pleasant and all in all perhaps even a little higher than the quality that can be found in this price range.

Given the nature of the panel used, small ones may occur ghosting phenomena with very light images on very dark backgrounds, but I must admit that in the sample I tested I have not encountered any clouding problems, not even along the edges: which is a point in favor of the Mi TV 4S, because clouding is a rather frequent phenomenon in panels of this type.

All settings for picture and sound are fully integrated into the menu Android TV, with which you can change the settings for noise reduction and for the function to make the image more fluid, which promises to make the image more fluid and which can be adjusted on 3 levels: personally, however, I have disabled each image processing system, because in this price range they are generally not optimal solutions.

In short, if from an image quality point of view the Xiaomi Mi TV 4S from 43 " it could also surprise (clearly in relation to the price range), it is not so with regard to the audio sector. The two 8w speakers are excessively flat on the mid frequencies, while bass and treble are poco present. In short, even if the listening volume is very high, it might be logical to combine it with a good soundbar: of course, perhaps connecting it to a Sonos Arc is perhaps too much, but there are many excellent cheap soundbars on the market.

Costa poco, but is a full-fledged smart TV. And it is not one of those TVs that are on the market animated by an almost stock version of Android, but it's an Android TVunlike much of the competition in this range.

Google's OS is now a more mature system than on Xiaomi's TV runs beautifully. There are no bugs whatsoever, jamming, slowdowns or micro-lag, which is a factor not to be underestimated given the "heaviness" of the operating system: for example, I was very amazed by the speed with which Netflix is ​​started, by the fluidity of the Play Store but also by the precision of the voice commands. In short, from this point of view, the Xiaomi Mi TV 4S from 43 " is one of the best Android TV experiences on the market.

As for streaming, with the Xiaomi TV there is a quick access to all major services, and also the digital terrestrial management part is very well done, with different customization options and the possibility to choose favorite channels. And then there is the Play Store, from which you can download many applications, such as Kodi (and its infinite plugins), Disney +, but also apps for controlling Nest cameras, or real File Managers and much more. Apple TV + is missing, and at a playful level the Google TV store is still a bit behind: unfortunately neither Stadia nor GeForce Now are present, which is a real shame because their presence would have given Android TV an edge.

Android TV 9.0 it is immediate, fast and simple to use, and integrates everything you need to fully manage the functions of a smart TV: and the presence of the integrated Chromecast should not be underestimated, which will allow you to transmit any content from your smartphone to the TV.

If in the evaluation of the value for money of the Xiaomi Mi TV 4S from 43 " were we to consider the 399 euro official price in Italy, the verdict would probably be a little unbalanced. The point is that on stores like Bangood you can even buy it for 253 euros on a flash offer sent from Europe (find the link below) and at this price it is useless to go around it: it's a bargain.

Sure, with the series Mi TV 4S Xiaomi certainly does not appeal to the finest eyes, but for anyone who does not have too many pretensions and does not want to spend big bucks, the medium model of the Chinese company's TV is probably the most balanced and is able to satisfy all needs, both of visual and multimedia experience. And if you are looking for a TV with Android TV then the alternatives are even more limited, and at this price you could hardly find anything better. 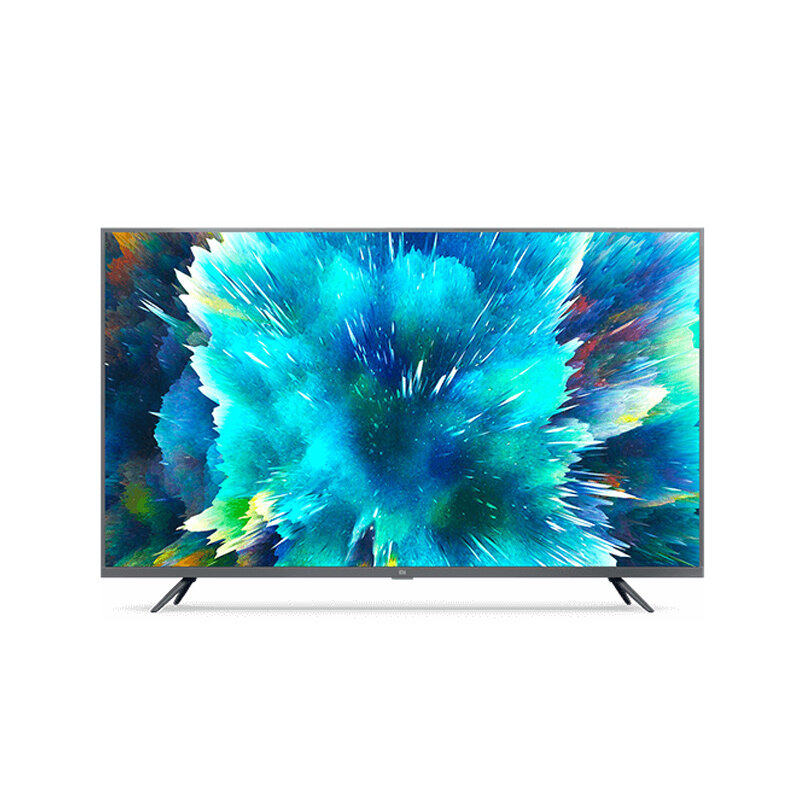