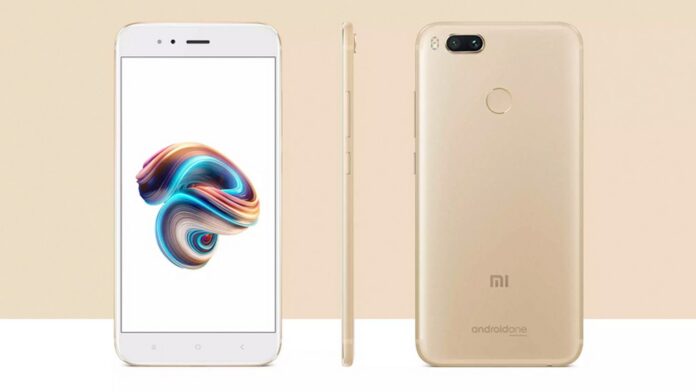 The end was in the air, in these months it has never been discussed and after "Problematic" Mi A3 it was difficult to think of a possible Xiaomi Mi A4 with Android One. It seems that the Chinese manufacturer does not have much intention of continuing to launch smartphones with the stock operating system of Google. When it was presented in 2014, Android One was a turning point for many producers of the green robot. This is because, rather than placing smartphones with excellent software support, they preferred to innovate the hardware often leaving heavy interfaces and poco updated. So, they saw this operating system so lightened but so Android as the right opportunity to rearrange things. Among these, there was just Xiaomi.

Xiaomi and Android One: a love in half

And indeed, when it arrived Xiaomi Mi A1 on the market and especially on the Italian market, a 199€ the list was really a turning point, because the stock system of Android One it was the simplest way to approach the world of Google. And also his successor, or rather successors, We are A2 e Mi A2 Lite they brought great satisfaction to the Chinese giant, yet there was something that did not seem to give the right weight to these solutions anyway. 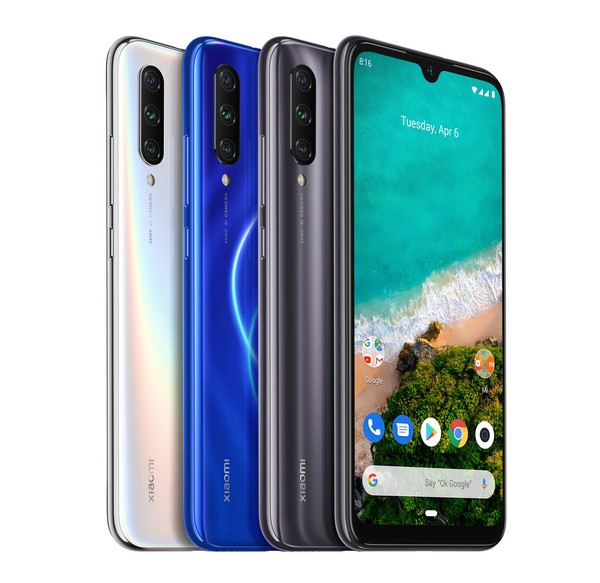 The reason is found in the fact that Xiaomi has profoundly improved its interface MIUI, streamlined and more appealing for the majority of users. For this, We are A3 it turned out to be an announced disaster. Nothing wrong with the shell, but the alone HD + and a software support unfortunately proved to be harmful to secure the favor of the public, they led the brand to make certain assessments.

These evaluations and the success of the products launched without Android One have made Xiaomi tip not to make a hypothetical Mi A4. So the experience halfway with the Google stock system ends for the moment. We do not know if the idea could revive in the future, but for the moment Nokia is the latest bulwark of a more stock software.

If until now everything we have told you about is the result of a (rather widespread) sensation, we now have more concrete clues. In this case, a post made by a moderator of the Xiaomi forum that has been promptly canceled but stayed online long enough to take a screenshot. 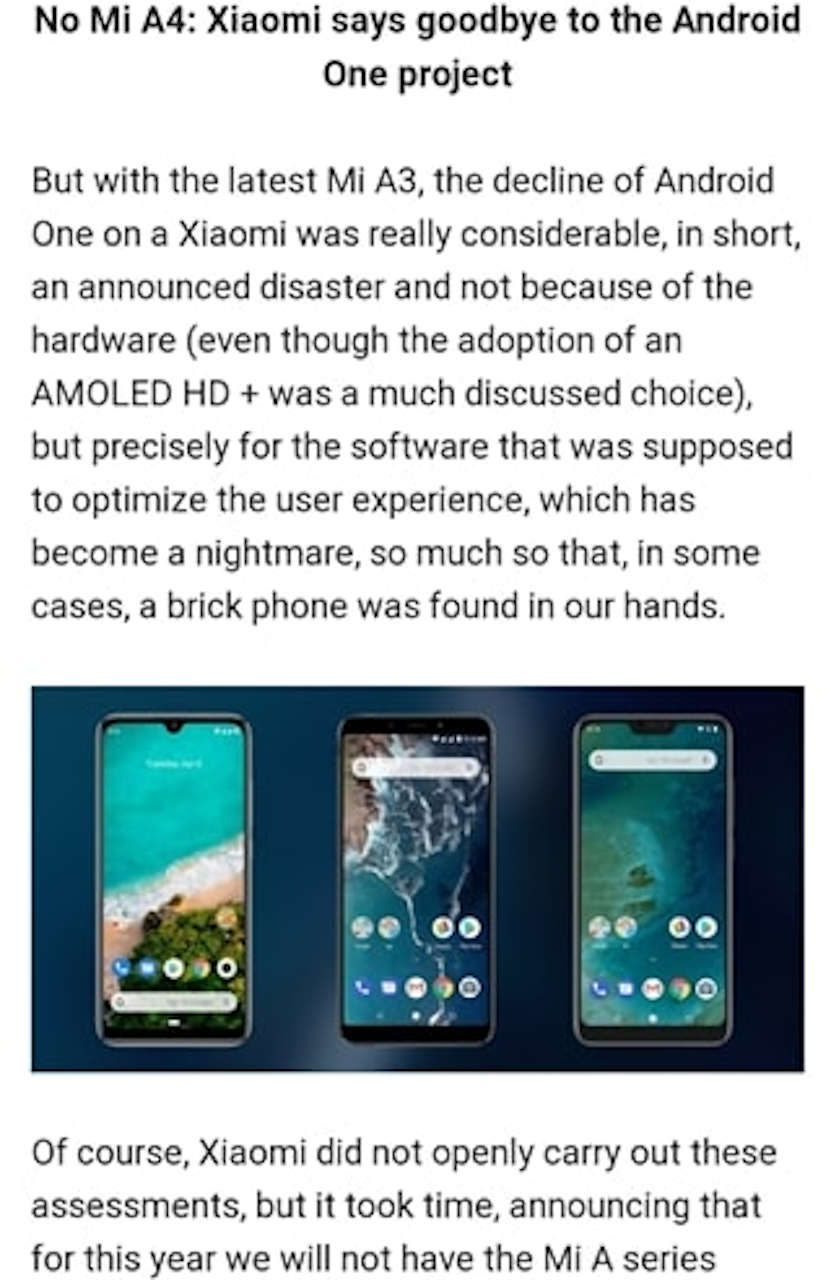 "[...] but with the latest Mi A3, the decline of Android One on one Xiaomi has been truly remarkable, in short, an announced disaster and not because of the hardware (although the adoption of an AMOLED HD + has been a much discussed choice ), but precisely for the software that should have optimized the user experience, which has become a nightmare, to the point that, in some cases, we found ourselves in our hands a bricked phone"

According to this moderator, it was a nightmare for Xiaomi to manage Google's Android One software and for this reason he would have decided to abandon the project. What is certain is that Nokia and Motorola have not had all the problems encountered by Xiaomi, therefore one wonders who the "fault" is.