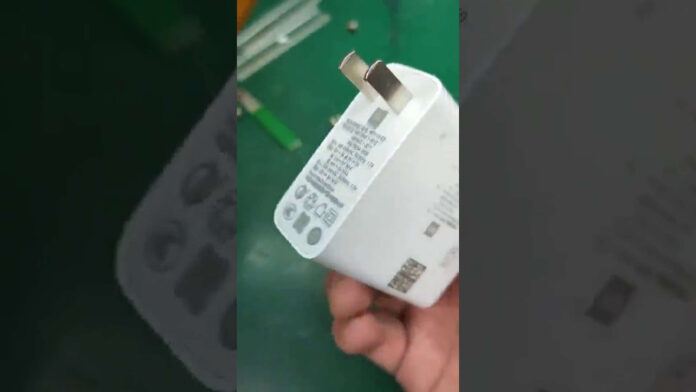 La Super charge turbo di Xiaomi is preparing to make sparks (hopefully only figuratively!) with his 100W. It has been talked about for over a year, with the same Xiaomi that has been officially exposed since. Since Mi 9 Pro 5G was launched, the company has wanted to project itself as the leader in the evolution of fast charging. Before they were alone OPPO e Huawei to have demonstrated their goals, while now also Xiaomi sits on the podium. If we wanted to draw up a current ranking, OPPO holds the record with the Super VOOC 2 from 65W, followed by the 50W di Xiaomi and finally from the SuperCharge of Huawei da 40W.

3 / 07 Update: the new charging technology is getting closer; 3C certification also arrives. Find all the details at the end of the article.

The 100W Xiaomi Super Charge Turbo charging is on the way

To be honest, it ranks second Red magic 5g, able to recharge a 55W. However, the lesser diffusion of the brand is less relevant when it comes to driving the evolution of the sector. By the way, the same Nubia has demonstrated his own quick charge to 100W, even if to today it is not known when it will arrive.

On the contrary, the Xiaomi Super Charge Turbo seems more ready for action. And contrary to what one might think, its debut should take place for the first time on a Redmi smartphone instead of Xiaomi. Four months ago the company announced the start of mass production and now we can take a look at the120W power supply which will allow you to overcome such a wattage.

Given also the features, it is very likely that this power supply will not be exclusive only of smartphones, but also and above all of the notebook. And it is here that Redmi could tear the preview from Xiaomi, integrating the Super Charge Turbo on its line RedmiBook.

The first tests of the 100W Super Charge Turbo left everyone speechless. Who would have thought that one day we would be able to charge a battery from 4.000 mAh of 100% in just 17 minutes? As in the case of OPPO's Super VOOC, Xiaomi charging also uses a technology double cell battery. This is necessary to ensure that the power supply unit does not suffer from such stress, too much for a single battery.

After a very long wait from the first confirmations of the Chinese house regarding its new charging technology, here are the first encouraging signs regarding the debut of the Super Charge Turbo. 3C has certified a battery charger da 120W brand Xiaomi, with the initials MDY-12-ED. It would be the same product that appeared on video at the beginning of June (and that you see in the clip above, this same article).

In addition, the various rumors about the arrival of the first model of the brand with 100W recharge have intensified in the last period. At this point it is legitimate to imagine that the 3C certification refers precisely to the mysterious device; the latter should arrive during the second half of the 2020, perhaps even ad August (according to corridor entries). We can not think of the alleged We 10 Pro +, but obviously the other great candidate is the Mi MIX 4. Will it really be like that?

Realme Band renews its look with the new watch faces ...