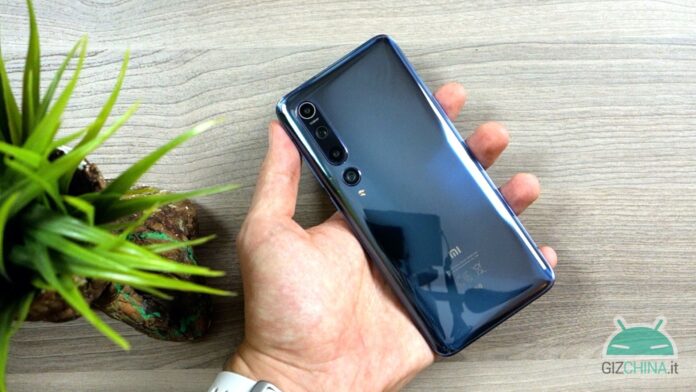 Xiaomi, according to the latest rumors, is ready to launch a new super flagship, the Xiaomi Mi 10 Ultra. The device, to date, has been mentioned by some Chinese leakers with some interesting news.

According to what emerged, in fact, the My 10 Ultra could be my smartphone Xiaomi to mount a panel Super AMOLED us refresh rate to 120 Hz. To date only the sub-brand Redmi he used displays with this refresh rate but with LCD technology. The device would therefore be ready for launch in the coming months.

7 / 07 Update: after the first details and the possible price, there are also rumors about the exit period. Find all the details at the end of the article.

Update 6/07: from the image posted by a leaker on Weibo, we can already have the first rumors about the sale price.

No information was leaked about any changes in the design and the photographic sector which, however, could see the introduction of an 8P, therefore 8-element lens system.

Finally, the battery could boast the quick charge chat at 100W with charging times from 0 to 100% in maximum 20 minutes. A revolution in the sector supported by the future generation of chipsets Qualcomm.

A final curiosity about the name: the Chinese media call the smartphone Oversized what does it mean Extras o Incredibly but that is translated by Google Translate like Xiaomi Mi 10 Super Cup. We have freely deduced us from GizChina, given the current fashion of Galaxy s20 ultra and chatted Redmi K30 Ultra, which therefore the My 10 Ultra may be the real nomenclature of this device.

According to the image posted by the leaker Official Hint su Weibo, the next Xiaomi Mi 10 Ultra (or Super Cup, we are still trying to find out what it will be called definitively) it should have a decidedly high price, given that a 6 appears and what could be a 0 or a 9, therefore indicating a figure between 6000 and 6999 yuan ( therefore among the 755 he 880€), a sign that we are in front of a smartphone premium and also at Xiaomi more expensive than ever.

We just have to wait for more details on this device to find out if the leaks actually are true and if we are close to the launch of a new super top of the range.

The release period of the new flagship | Update 7/07

The Chinese leaker DigitalChatStation go back to talking about the Xiaomi Mi 10 Ultra (or Super Cup, if you prefer), this time about the release period of the brand new super flagship. As we have seen in the previous rumors, the device could be the most expensive ever for the company of Lei Jun. Obviously, as usual, it is good to take everything with pliers; however, there will not be too long to wait, according to what was leaked.

In fact, it seems that the release period of the top of the range is set at August, detail that aligns with what has been reported by the leaker in recent weeks. As for the Chinese brand, no significant events are expected in July, so the following month should be the right one. DigitalChatStation also reports of the presence of yet another top model, this time arriving during Q4 2020 (probably the much talked about Mi MIX 4).

Honor X20: the series could focus everything on MediaTek