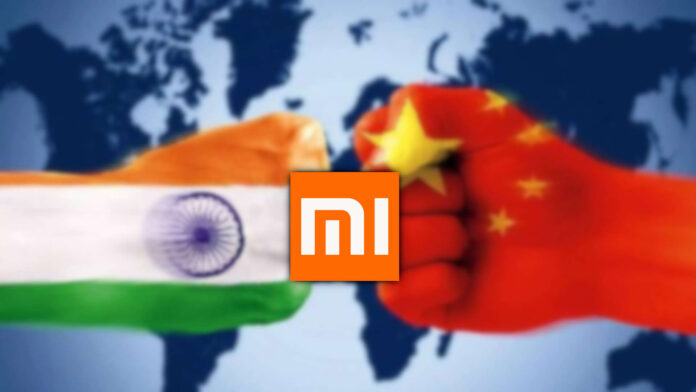 The tensions between India e China they don't seem to want to subside. Everything started from a territorial dispute, underway since the 70s but which has recently become further complicated. And as happened for Huawei, found itself in the middle of the conflict between the USA and China, the same is happening to Xiaomi. Lei Jun's company is widespread in India, a country where the Redmi brand is one of the strongest, having even surpassed Samsung. Unfortunately, these tensions are also being reflected in the technology market and a movement has started in India boycott Chinese companies.

Updating 27/07: more banned apps are added to the list of banned apps and many more are at risk. We'll tell you about it at the end of the article.

Upgrade 29 / 06: what was previously only a hypothesis now becomes reality.

The boycott is not limited only to not buying Chinese-style hardware devices, but also concerns the software part. It made a lot of talk about itself Remove China Apps, app designed to allow supporters of the Indian front to remove all apps made in China in one click. Google intervened in this regard, removing the app from the Play Store but not the anti-China sentiment that persists in India.

Just as happened in the USA, theintelligence Indiana has produced a report with all Chinese apps to ban. The reasons reported to Prime Minister Narendra Modi concern the protection of national data. According to this report, the 52 apps report they would collect too much personal data, which could end up in unwanted hands. For the moment, the Indian government has not yet spoken on the matter, but if the request was accepted, many famous apps would risk being excluded from a huge audience of consumers.

It does not draw a good air between the two nations. Even OPPO itself, a very strong Chinese company in India, canceled a launch event in India on 17 June. Now Xiaomi also risks being affected, given that some of its official apps appear on the list published by the Indian secret services. Specifically, the apps reported are Mi Community, We Store e Video call me, in the wake of the Forbes report of the past few months. But the appeal also includes famous apps such as TikTok, WeChat, Weibo, Clash of Kings, QQ and others. Here is the list of all the apps:

The Indian government has decided: that it is not. All 59 "indicted" apps are officially banned from Indian soil due to the "emerging nature of the threat". Apps have been excluded under section 69A of the Information Technology Act: according to authorities, these apps “undermine the sovereignty and integrity of India, its defense and security of state and public order". It is communicated that the apps will be prohibited by devices with and without internet access.

In some ways it makes you smile that Tencent's WeChat app is among the banned apps, while PUBG (also from Tencent) is not there, although it is perhaps the most popular game in India.

A month later, the decisions of the Indian Ministry of Electronics and IT return to scare Chinese companies. These days have been banned 47 new apps, basically clones of those already banned previously: the list includes names like TikTok Lite, Helo Lite, ShareIt Lite, Bigo Lite and VFY Lite.

But it does not end there: the Indian government is considering a list of 275 other apps related to China, regarding possible national security problems. The list contains famous names, such as PUBG Mobile e AliExpress, as well as many other apps related to Xiaomi, Tencent, ByteDance, Meitu, Sina and other famous but less known realities in the West. Even the games of Supercell are at risk (Brawl Star, Clash Royale and Clash of Clans): despite being a company born in Finland, it contains several Chinese investors.