During the quarantine months one of the most sought after products was the treadmill of Xiaomi or the series WalkingPad R1 which went out of stock practically everywhere thanks to its peculiar characteristics: little space occupied and folding design.

I WalkingPad S1 now try to ride the wave of this success by landing in crowdfunding su Indiegogo with some interesting innovations made to the company that make the device even less bulky.

The WalkingPad S1 is less bulky, quieter and has handles

Compared to the previous generation, the treadmill of Xiaomi WalkingPad S1 the space occupied has been reduced by 45% as well as the noise in use during training sessions. The company has also equipped the device with a support with handles to better manage the usage sessions.

L'S1 it also incorporates a renewed gait recognition system that allows the roller to stop if movement is not detected. The treadmill of Xiaomi can be controlled via KS Fit app, through LED display by touch or through technology Feet Sensory Speed ​​Control which adjusts the speed automatically by detecting the intensity of the step in real time.

How much does the WalkingPad S1 cost? 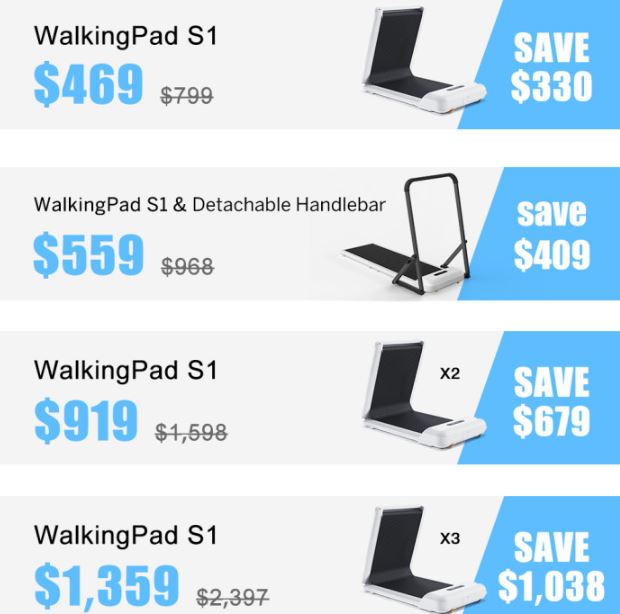 The price of WalkingPad S1 and of dollars 469, about 417 € dollars at the exchange rate in the base model that rise to dollars 559, 497 € in the variant with external handlebar. The delivery of the financed models is scheduled for the month of October 2020.