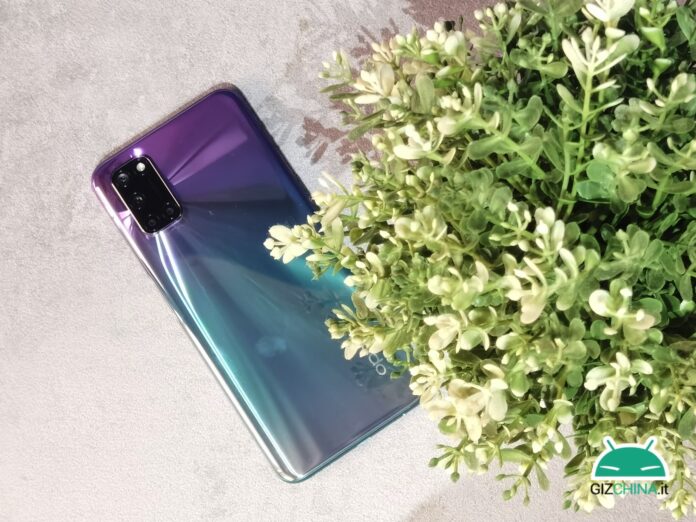 If even an inexperienced person tried to analyze Oppo's strategy, he would immediately notice that unlike all the other Chinese companies in the world of smartphones, the giant led by Pete Lau did things the other way around. Because while all the other manufacturers entered the market with medium / low-end devices, Oppo was the only one to present itself in the Italian market with a model of the caliber of the first Find X, an ultra-premium phone with very high-end features (and price).

And it is precisely after entering the high-end market that Oppo has decided to also target the mid-range market: it does so (also) with the "A" series, made up of smartphones with a decidedly competitive quality / price ratio, among which the 'Oppo A72, a device that has everything it takes to be crowned the "King" of the mid-range.

Full of very useful accessories, the packaging of theOppo A72 follows the line of the Chinese company, and in addition to the smartphone also includes a 18w charger compatible with fast charging, a USB / USB-C cable and a silicone cover with which you can protect your device from bumps and falls.

Made entirely of polycarbonate, with a rather protruding and rectangular bump chamber, and with a very nice color in two shaded colors, the design of theOppo A72 conforms to that of the vast majority of devices in this price range. In the bump room there are four cameras and a LED flash, while on the right side there is a fingerprint sensor integrated in the power button and on the left side there are two volume keys, which return a very solid tactile feeling .

At the bottom there is the input for the USB-C cable, flanked by an additional input for the 3.5mm jack and a speaker used by the speakerphone characterized by very large holes, in which I fear a lot of dust can accumulate.

With its 6.5 inches, the screen of thehehe it is very broad. The panel used is an IPS with LTPS technology and a resolution FullHD + 1080 x 2400 pixels, characterized by a small hole in the upper left corner, in which the front camera has been positioned. It's a good display, but the funny thing is that the smartphone already comes out of the packaging with the protective film installed, which is extremely little oleophobic and which tends to alter the real quality of the panel used. 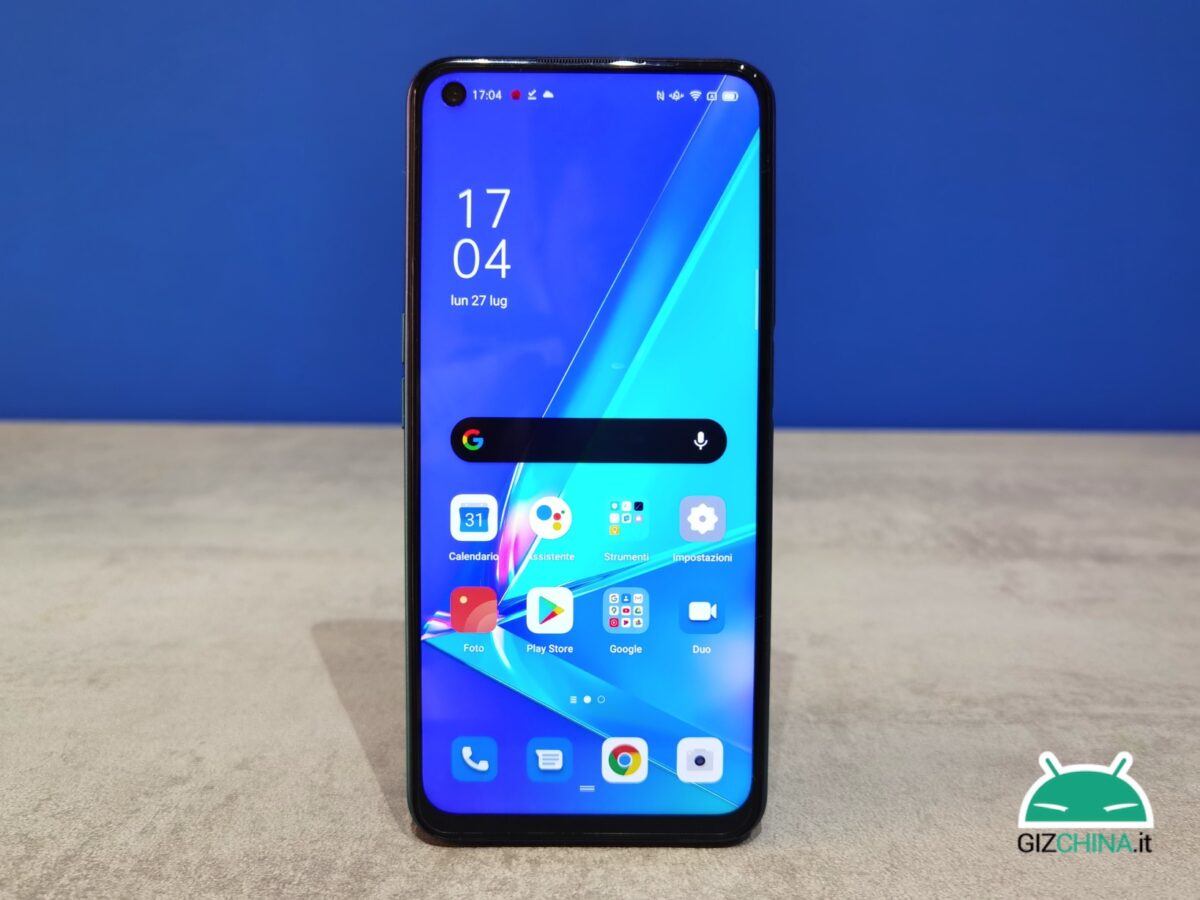 Once the film is removed, however, one realizes that it is one excellent quality screen, especially for the price range, which guarantees a good maximum brightness and an excellent calibration of whites and colors. Of course, it still remains an IPS, and as such it sins slightly in the contrast and depth of blacks, it does not have the always-on mode, but integrates the eye protection for when using the smartphone in low light, which is not bad.

Just think of the Snapdragon 665 octa-core from 2 Ghz, to the GPU Adreno 610, in 4 GB of RAM LPDDR4X ea 128 GB internal memory of type UFS 2.1, to understand that at this price (n as for performance) theOppo A72 it has very little competition. The system performance is decidedly above average (always in relation to the market segment) and all the management of the operating system and multitasking is decidedly fluid and very pleasant.

Of course, with the 3D games more avid for computing power, the system may start to waver slightly, but for common use the smartphone's performance is more than adequate, even if in the Antutu stress test, it emerged a slight thermal throttling which affects processor performance when the temperature rises. But it is nothing extremely significant. 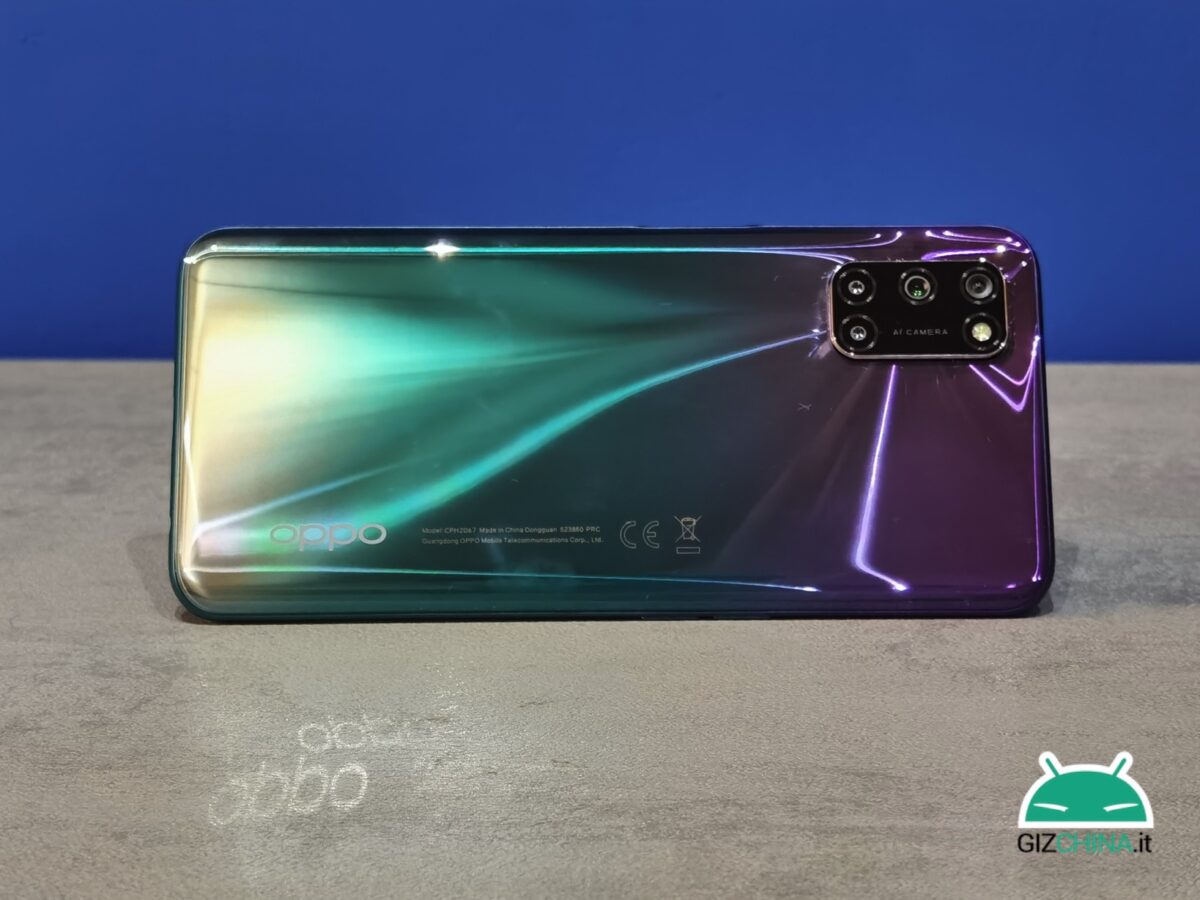 Clearly it is a dual sim smartphone capable of connecting to LTE networks, there is no shortage of NFC for payments, dual band WiFi ac, Bluetooth 5.0 and a very powerful speaker in terms of maximum listening volume, but definitely lacking in terms of low frequencies.

Equipped with 4 cameras, some of which - let's say it - only serve to make numbers, the main sensor of the Oppo A72 is a 48 megapixels ƒ / 1.7 flanked by an ultra wide-angle 8-megapixel camera and two other small 2-megapixel sensors that are of little use if not to optimize the portrait mode and allow the shooting of black and white photos.

All in all though, the shots taken from the medium range of Oppo are more than enough in conditions of good brightness, with perfectly balanced colors and whites, but as darkness falls they begin to highlight various shooting defects, returning rather noisy images and with a slow autofocus speed. Fortunately, however, the mode is present Ultra Night Mode 2.0, which basically tends to solve most of the problems in low light conditions, but which involves a drop in resolution compared to the 12 megapixels that are obtained in pixel binning when shooting with the normal mode. 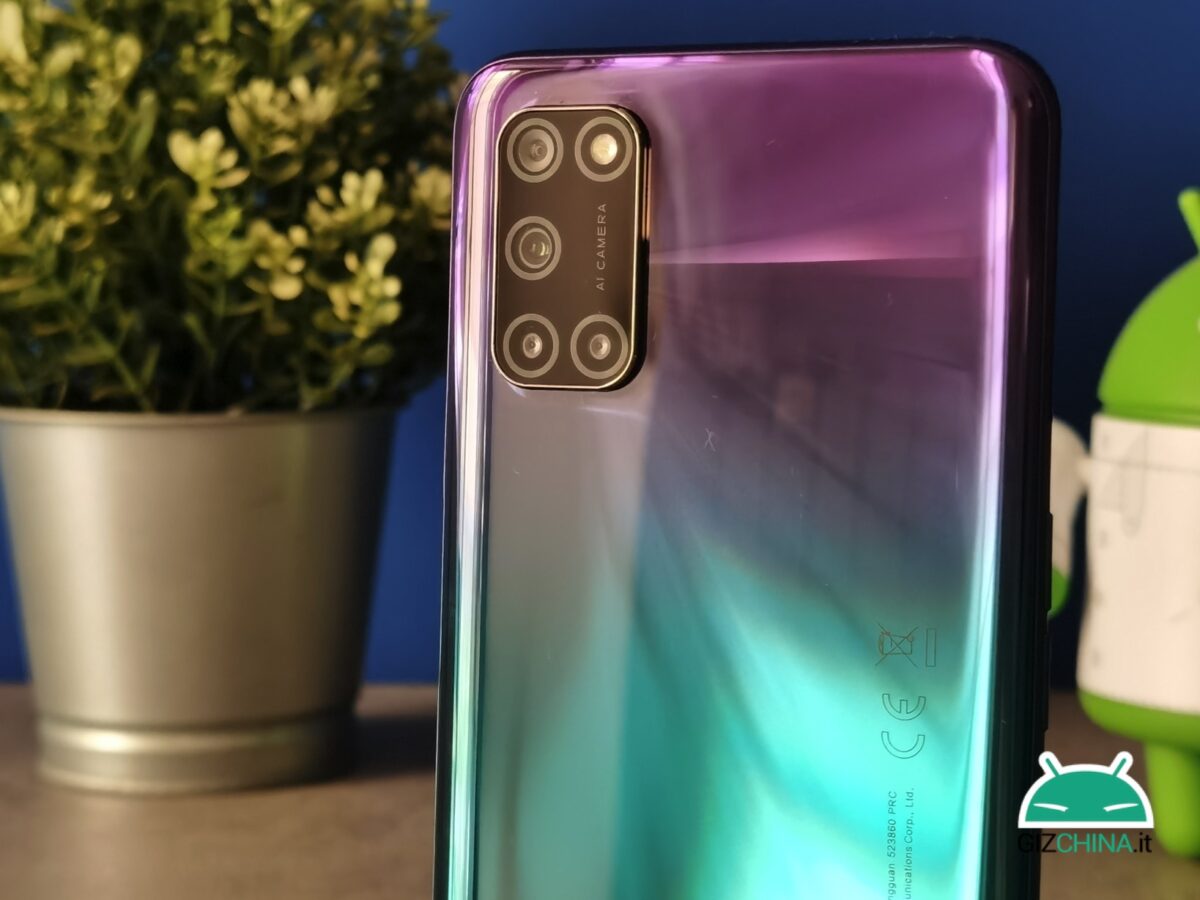 Good videos, which can be recorded exclusively at 30 frames per second, both in 4K and FullHD, in which, however, you feel the lack of the ultra stable mode present of the higher-end Oppo smartphones and which are decidedly moved if recorded on the move.

The front camera uses a sensor from 16 megapixels with ƒ / 2.0 optics, able to guarantee mostly discreet photographic performances, without praise and without infamy, but with a good viewing angle.

Animated by Android 10 customized from ColorOS 7.1, L'Oppo A72 it is characterized by the usual graphic interface of the company. A GUI that, let's face it, after years in which it was discreet and not very refined, with the 2020 lineup it showed a lot of maturity and a good attention to detail: and it was time. All the features are very clear and simple to use, there is the "smart sidebar" in which you can insert shortcuts for the most used applications, there are clearly navigation gestures and you can duplicate the applications to use them with two accounts. different.

The reality of the facts, however, is that by using it in a more stressful way it could happen to "stumble" in annoying system slowdowns or microlag that in a device of this size and this market segment, which have not been corrected even with the latest system update. Of course, this is nothing extremely annoying, but with such hardware you could expect a totally lag-free user experience. But unfortunately it is not so.

Excellent, but really excellent, the battery from 5000 mAh integrated into theOppo A72, which not only manages to guarantee an entire day of autonomy with a rather intense use of the device, but also supports fast charging at 18W. 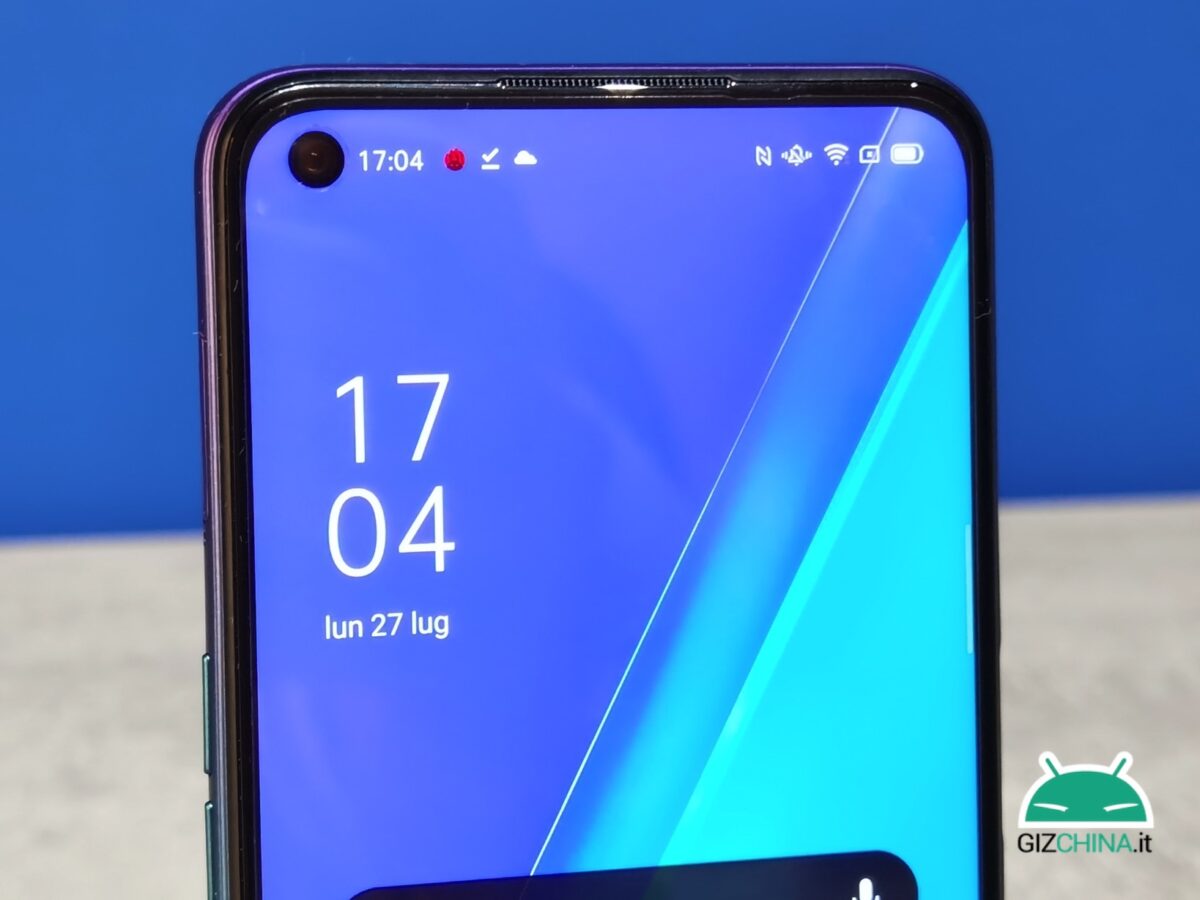 Clearly, given the price range, wireless charging is absent, but the performance of the A72's battery has far exceeded all expectations.

Price and conclusions - Oppo A72

From the official sale price of 279 euros, it is now possible to take home theOppo A72 spending 249 euros via Amazon. A more than adequate figure if related to the quality of the product and above all to the hardware it is made of. 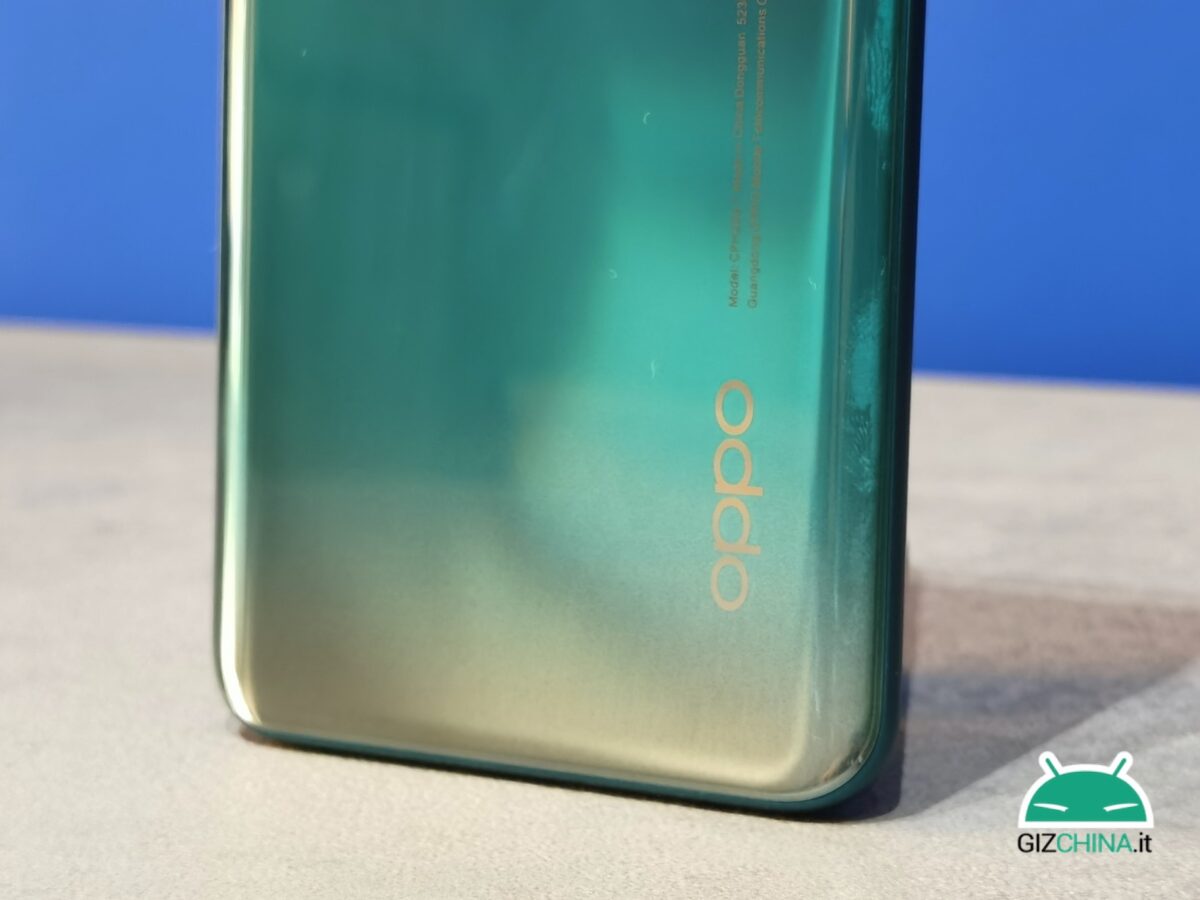 Because if it is true that the operating system suffers from small micro lag, it is also true that theOppo A72 it has pretty much everything a smartphone should sell for this price. It has a beautiful design, a lot of memory, a quality display, and is probably one of the most interesting models in its category, demonstrating that Oppo as a smartphone is not joking, and has all the credentials to grab an important slice of the medium and low-end market. 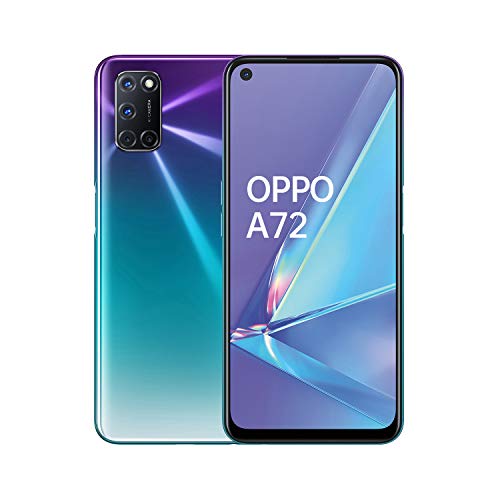 With this mini notebook, working on the move will no longer be ...

Huawei will improve live streaming e-commerce thanks to its technology