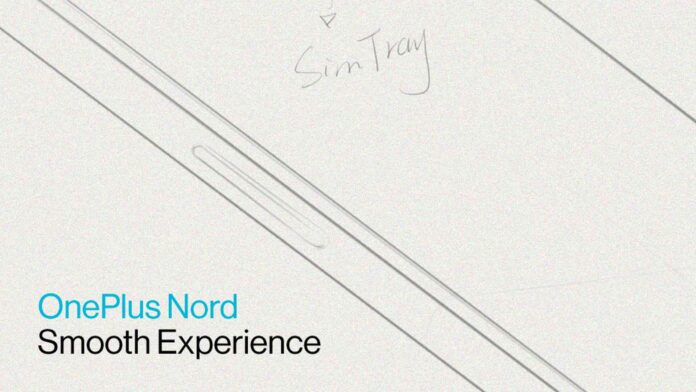 The Chinese company has now officially revealed the first details on its mid-range: OnePlus North. The new smartphone from the house of Pete Lau and Carl Pei is very close to the debut and as usual we are ready for the roundup of indiscretions and confirmations that as usual accompany the weeks before the debut. Let's find out all the news regarding the specifications, the price and the output of the smartphone.

Upgrade 18 / 07: we have various official details on the characteristics of the device. Find new confirmations in the "Hardware" and "Software" sections. We also updated the "Camera" section with the specifications of the same, confirmed by the company.

OnePlus Nord: all about the design, specifications and price of the new mid-range 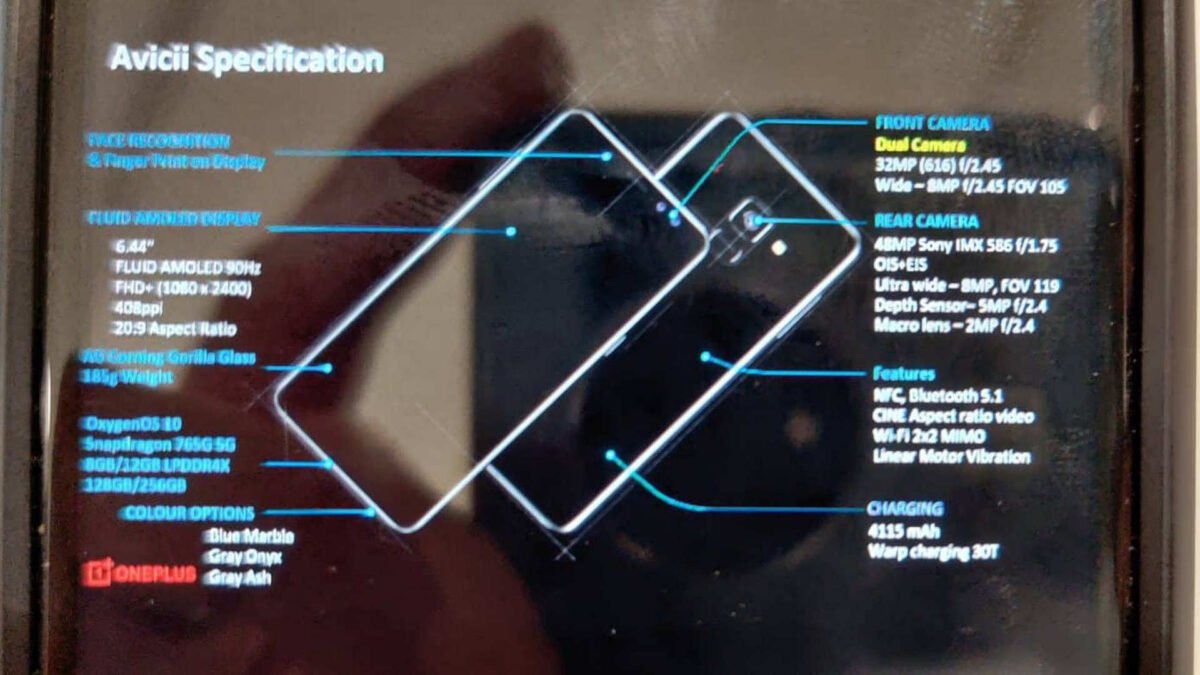 OnePlus North - code name Avicii - was the subject of the definitive leak, with an image that reveals all specifications of the mid-range. Obviously the shot is to be taken with pliers - as usual in these cases - and when there are official confirmations, we will report it. Meanwhile below, in the various sections, find all the details illustrated by the offending image.

For the sake of precision, we point out that the design is not the one at the top: it is probably a preliminary image, before the look was decided definitively. Or it is a sheet of specifications without references to the design, in order to avoid leaks and advances.

During the documentary published on Instagram, scenes emerged in which an unpublished smartphone of the Chinese brand is shown. Obviously it's about OnePlus North of what the real look of the device should be. A few days later here comes a possible confirmation on the design of the device, thanks to a leak from Evan Blass, usually reliable source.

The images published by the well-known leaker take the forms already seen in the Chinese company's documentary, allowing us to take a closer look at the design of the smartphone. A large panel equipped with a front is visible on the front doppio forum in the upper right corner. The general forms are quite graceful, with rounded edges.

The back of the smartphone is characterized by the logo of the brand in the center of the body. At the top left we find one Quad camera vertical, with a Dual LED flash located on the side. The right edge of the device has one Switch and the button of power on while the left edge houses the outrigger of the volume.

In addition to revealing the device's design, Evan Blass also shows us the Creator Cases of OnePlus Nord, each dedicated to a different "personality". Among these we find the artist Camilla Engstrom e Zack Nelson di JerryRigEveryThing, while in the images above you can take a look at homes.

Through a tweet, Akis Evangelidis - Vice President of the French division of the company - confirmed that OnePlus Nord will be equipped with a AMOLED display. The news comes in the form of a meme and cannot fail to tear a smile.

Should we just announce the #OnePlusNord through memes only? That should also count as a world's first. pic.twitter.com/Fb9urDG9RE

After so many rumors about it, the company confirmed that OnePlus Nord will sport a fluid display at 90 Hz (with a touch sampling rate of 180 Hz). It wasn't so obvious that the company could adopt the same refresh rate as the higher models, but it will be.

Update 18/07 - Via a post on the official forum Shawn L., Head of Product for Nord, he talks about the fast and fluid experience of the brand's new smartphone. The perfect opportunity to confirm once again the presence of a 90 Hz display and to emphasize that the device will have its own up to 12 GB of RAM. It is also now official: OnePlus Nord will be moved by Snapdragon 765G, octa-core solution up to 2.4 GHz, with an Adreno 620 GPU and 5G X52 modem. Storage side is expected at least 128/256 GB: who knows that the Chinese company does not reserve us some surprises also from this point of view.

Autonomy relies on a battery from 4.115 mAh with the support for charging Warp Charge 30, from 30W. At the moment the size of the smartphone is unknown. 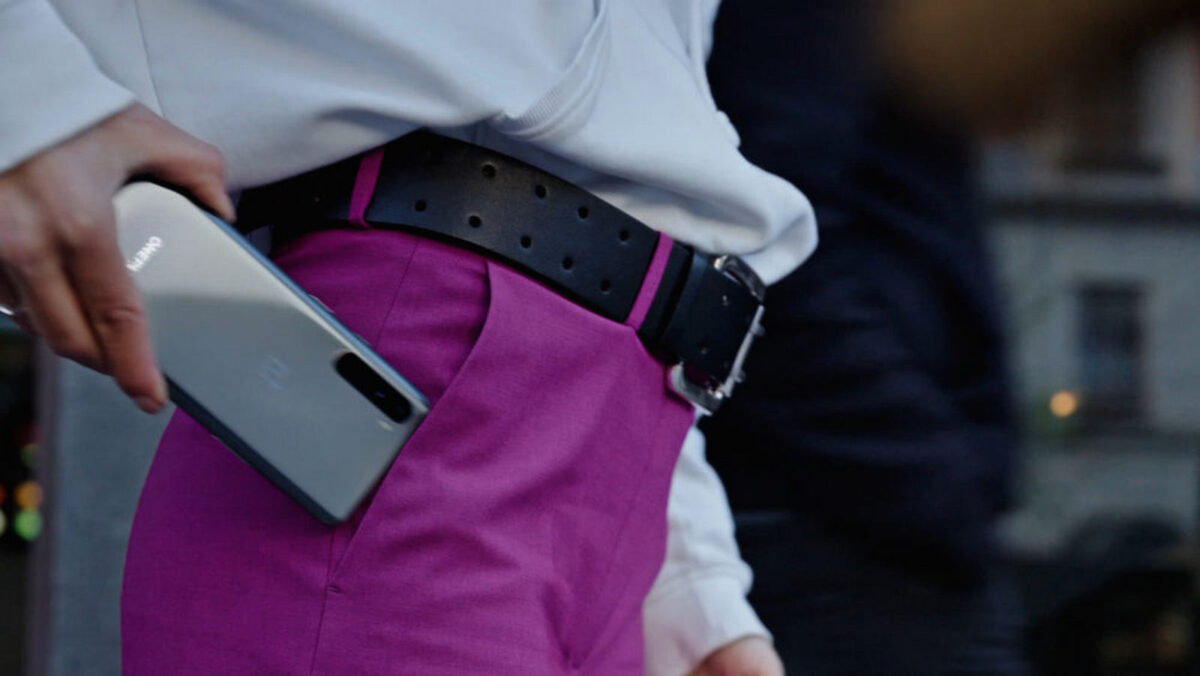 OnePlus Nord will have one on its side Quad camera. The company has confirmed the configuration of the same: we will have a Sony IMX586 main sensor from 48 MP (f/1.75) with OIS and EIS, accompanied by a wide angle da 8 MP (FOV 119 °), a goal macro da 2 MP (f/2.4) and a sensor dedicated to the depth of field, in this case from 5 MP (f/2.4). Here you will find the first photographic sample of the smartphone.

Obviously we expect a whole series of features related toAI (such as scene recognition) and the presence of the mode Nightscape for night shots. As for the selfie camera, as previously mentioned, there is talk of a double module from 32 + 8 MP. The Instagram page has confirmed that the second sensor will be a wide-angle lens, with which to take self-shots with wider FoV from 105 °.

Connectivity side, the new smartphone will rely on the classics Bluetooth 5.1, Wi-Fi Dual Band 2 × 2 MIMO and will also have the chip on its side NFC. Software side will not miss the OxygenOS 10, the latest version of the Chinese brand's proprietary interface.

Update 18/07 - The Chinese company has confirmed that we will find it on board Google Comms Suite. OnePlus Nord will be the first smartphone of the brand to arrive with various Google apps such as Messages, Telephone, Duo and others. Even one of the recent posts on Instagram pointed out that the device will have the USA company apps pre-installed.

OnePlus Nord: why is it called this?

Some people have been asking what the Nord name means. It comes from the concept of true north. We each have this inner compass that guides us. This product line reminds us to always search for our true north, and we hope it will keep reminding you of yours.

With a short Twitter post, Carl Pei explained to fans because the new mid-range yes call OnePlus Nord. According to the manager, it is a reference to the true concept of the north and the inner compass present in each of us. By applying this concept to the brand, it is the direction to be followed - presumably in terms of specifications, characteristics, flexibility and price - to satisfy the fans. 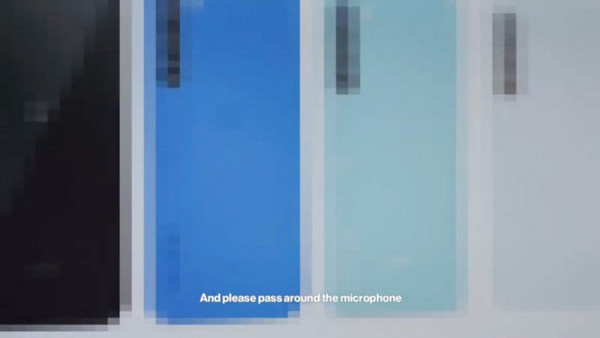 The second documentary dedicated to OnePlus North also revealed the new ones colors of the body of the now imminent mid-range of the brand. In addition to the classic color Black, we also find the already glimpsed Grey and the Green / Turquoise very similar to Glacial Green di OnePlus 8 but also an unedited coloring, which incorporates the Blue dedicated to the range North. Obviously, these colors should be taken with pliers, as the company is not new to the rear for the livery chosen then for its devices.

In the documentary published on Instagram, Carl Pei claims that the new model will be the brand's first smartphone after three years to cost less than $ 500. Wanting to take for good what the executive said, we could speculate that OnePlus Nord will have a price di 499€. Regarding the release date, the company has confirmed that the new device will debut on 21 July. Finally we remind you that it will be possible foreordain the device on various days of the month: here you find all the details.

Try OPPO Reno 4 with us: gifts for everyone at the official event!