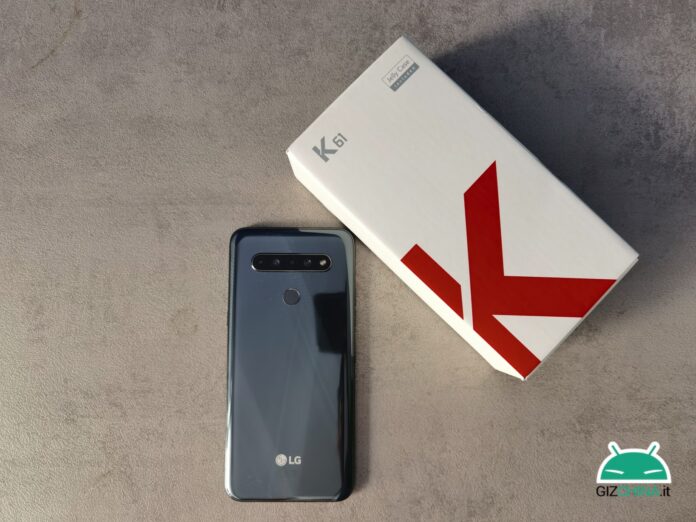 I have always been a big fan of LG, because in its heyday it was among the few companies that really tried to innovate in the world of smartphones, and it has always done so by introducing more than tangible innovations: just think of the modularity of the LG G5 , at the first wide angle inserted in a smartphone, or at the first (fantastic) ultra resolute displays on the market. But then something happened and the inspiration of the Korean company is as if it had failed, probably curbed by a substantial drop in sales, also caused by a series of unaggressive and decidedly not very fruitful marketing strategies.

But if there is a merit that must be given to LG, it is that of never giving up and continuing, undaunted, on its way. And if 2020 could be considered as the year of LG's "rebirth", also thanks to the new Velvet, it must be admitted that in some cases the company continues to make the same mistakes as always: gross errors that, alas, are found partly inLG K61, the latest addition to the mid-range family made in Korea that had been stuck since 2017.

Well cared for and in line with the company's standards, in the packaging of theLG K61 in addition to the smartphone and a 10W power supply, a USB / USB-C cable and a transparent silicone cover are also included which could surely make any buyers of the device happy.

With a weight of 190 grams and strong certification MIL-STD-810G which guarantees resistance to shocks, falls, vibrations and dust, theLG K61 it is totally made of polycarbonate and manages to convey a good feeling of solidity and quality of the materials. It is not a water-resistant smartphone and despite the large screen it returns good ergonomics, with physical buttons that are pleasant to the pressure and a nice design in the rear body.

The fingerprint sensor is located on the back, just below a horizontal bump camera that integrates four cameras and that definitely protrudes a lot. There is also the input for the 3.5 mm jack and the USB-C input, and a has been inserted on the left edge physical button to activate and manage Google Assistant: a comfortable and decidedly functional idea.

The capsule sound is good during calls, slightly less than the one reproduced by the only mono speaker positioned in the lower area of ​​the smartphone, characterized by a slightly metallic sound, with a sound balance tending very much to medium and high frequencies.

The screen has a diagonal of 6.53 inches and uses an IPS panel with a resolution of 2340 x 1080 pixels. The format is 19.5: 9 and in the left corner there is a hole with a small size, in which the front camera has been inserted. In any case, it is a good panel, with well-balanced colors and whites, but which tends to waver as regards the depth of the blacks and, above all, viewing angles: by rotating the device on the horizontal axis, you can begin to see practically immediately the typical chromatic aberrations due to the viewing angle. 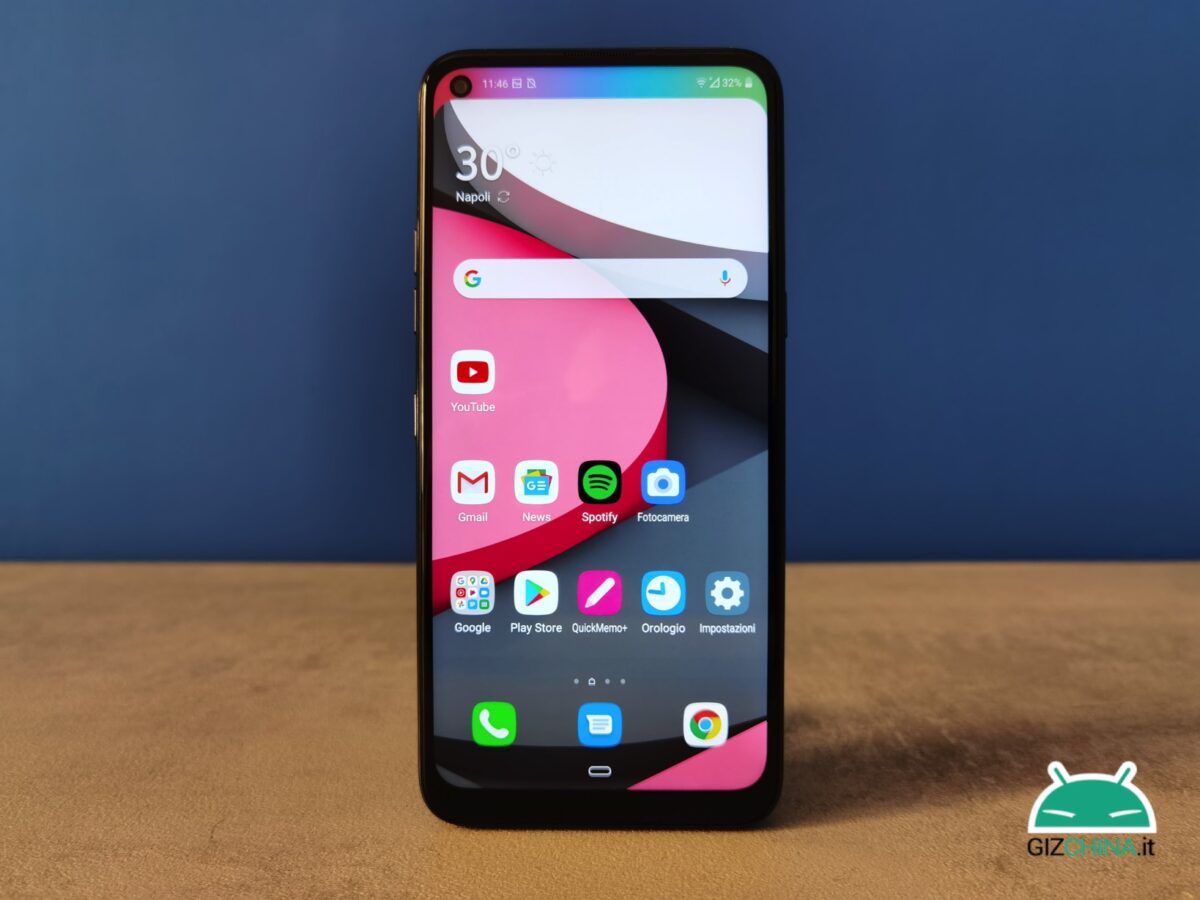 The frames are rather marked and the much larger bottom edge loses that symmetry that typically improves the user experience of using the device. However, it is a good panel, especially considering the price range in which the device is inserted.

If you have as a reference the fluidity and performance of most of the competitors of theLG K61, forget to have the same results with the smartphone of the Korean company. And the problem is clearly due MediaTek MT6765 2.3 GHz octa core flanked by a PowerVr GH8320 GPU and 4 GB of RAM. And despite the excellent amount of available space, which is equal to 128 GB expandable via microSD, another factor that influences performance is due to the choice of using memories eMMC 5.1, decidedly subdued in terms of speed of reading and writing.

In short, the performance ofLG K61 they are more oriented towards a low-end smartphone than a mid-range one, the range in which the last born of the K family of the Korean company initially entered but which, fortunately, has dropped substantially in price since the launch period, going down by about 100 euros: a figure that justifies, at least partially, these choices which are a bit too "cheap" relative to the internal component. 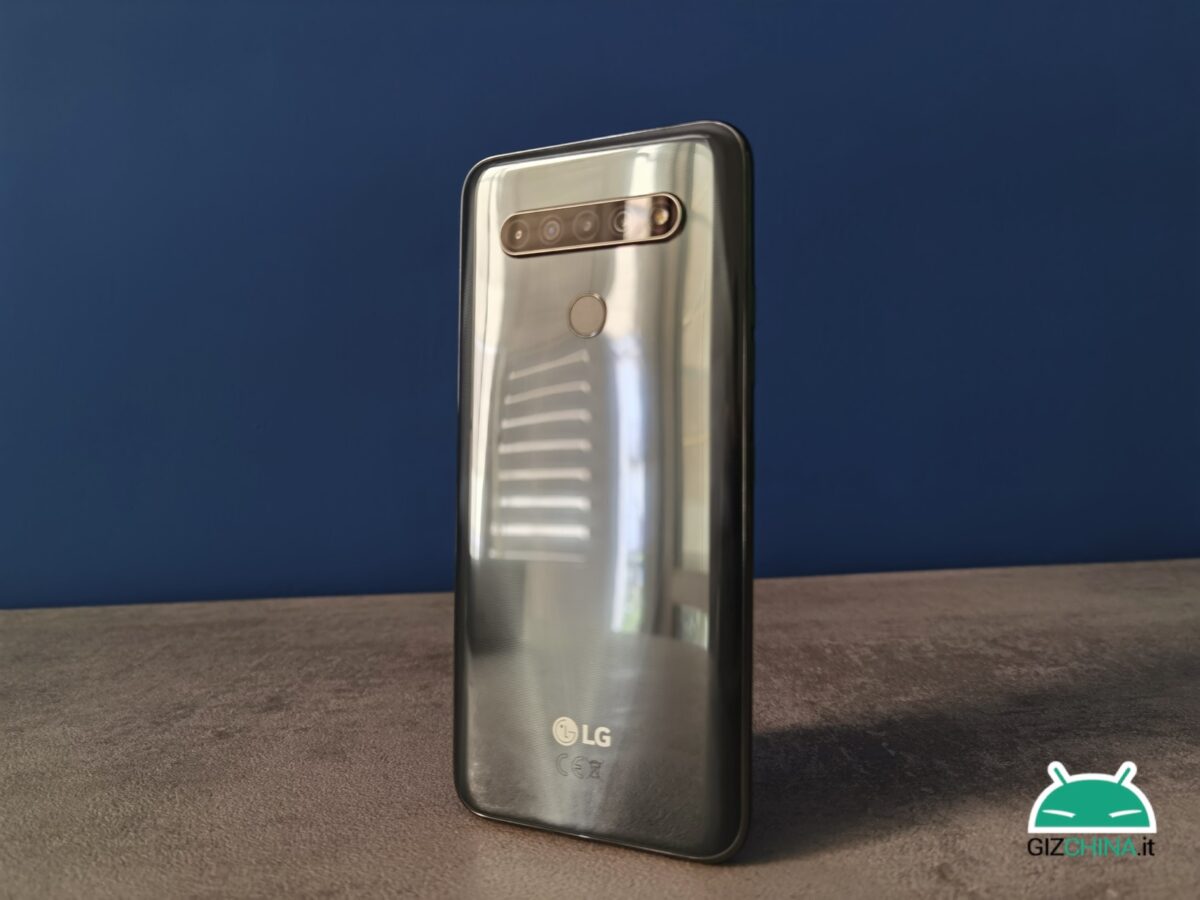 But despite these obvious hardware limitations, with theLG K61 it is possible to play at a good level, even with more complex 3D games that, of course, will not run in the greatest detail but are still usable.

As for connectivity we are, once again, in the media: there is an LTE module up to 300 Mbps, a Bluetooth 5.0 module, dual band WiFi ac and also support for dual SIM which does not affect the use of a microSD.

The general slowness of the system is also found equal in the use of the camera application, the use of which could be decidedly "relaxed". The main sensor is a 48 megapixels with ƒ / 1.8 optics and is flanked by an 8 megapixel ƒ / 2.2 wide angle lens and a 5 megapixel ƒ / 2.4 lens used substantially for the blurred effect. Finally, there is also a 2 megapixel ƒ / 2.4 sensor used for macro shooting.

In addition to the slowness and the few options available, the Camera application is very simple to use and coupled with the photographic hardware it can generate images of discreet quality, in which there is a general suffering from "extreme" lights, both very bright that ax: there is no night mode (but there is AI Photo mode), which makes the shots with low brightness very dark and slightly noisy, but even when there is a lot of light you risk getting images with burnt areas where HDR cannot be too much effective.

Videos can be recorded at a maximum resolution of FullHD at 30 fps, and the lack of a good stabilization system makes them decidedly dancers should they register on the move. 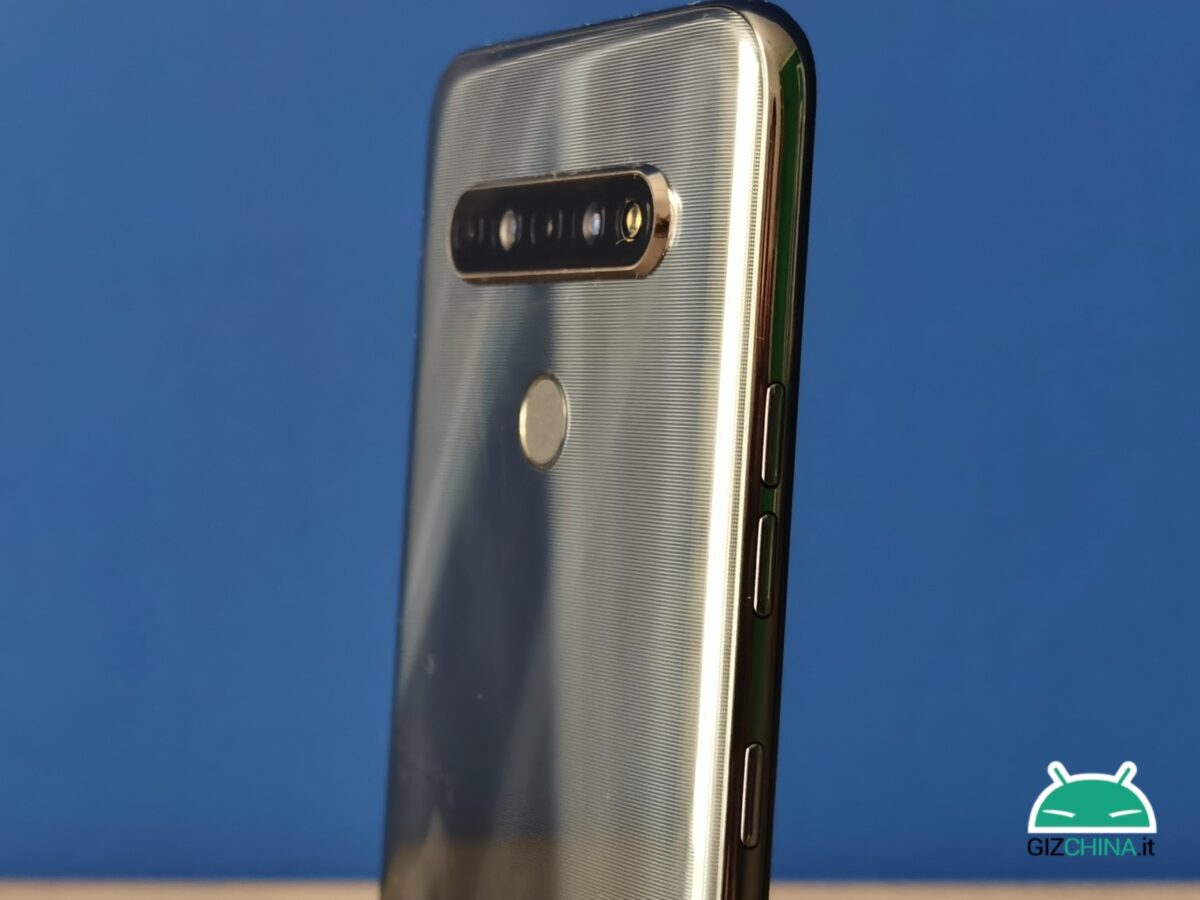 The bokeh mode is pretty good, and the shots of the 16 megapixel front camera are also average, without praise and without infamy.

If on the one hand a more experienced user could turn up his nose knowing that, a few days after the release of Android 11, theLG K61 is animated by Android 9 Pie customized by the LG UX 9, on the other hand it is true that a person aiming to purchase a smartphone of this range would hardly be affected by the differences with Android 10. Of course, from this point of view the competition has been decidedly more up to date with the times, but the software is still well cared for, simple and very intuitive to use: all essential features for those who buy a medium or low-end smartphone.

There is Capture + mode, with which you can capture screenshots much more simply and in an even more advanced way, there is a simplified interface, you can change the themes and there is night mode. Unfortunately, however, the lack of control gestures (introduced precisely with Android 10) is felt despite the fact that there is a virtual key designed precisely for gestures which, let's face it, still remains a key.

Good autonomy of the battery from 4000 mAh which, with medium use, guarantees a whole day without any problem, even touching the beginning of the next day. There is clearly no wireless charging and the choice to insert a 10w power supply alone tends to make the charging times very long. 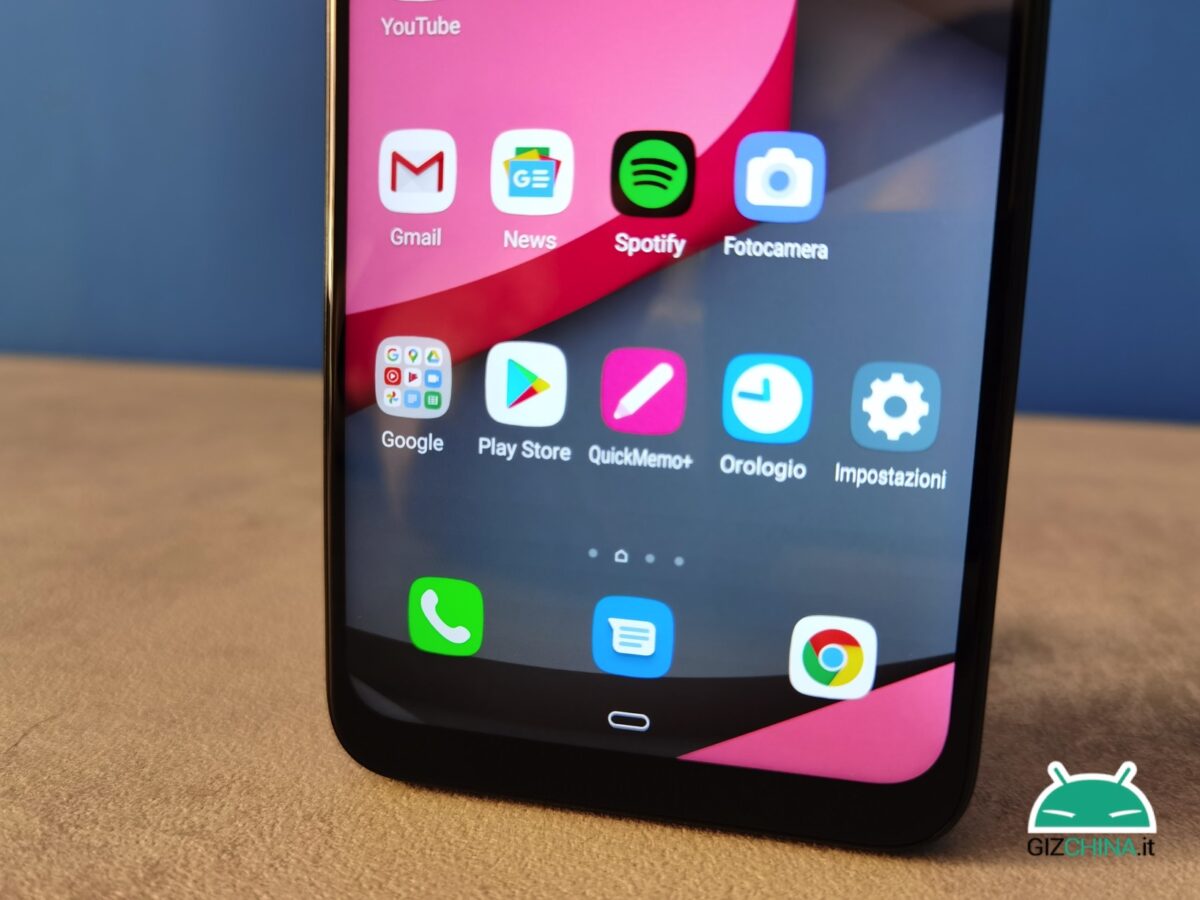 And even in this case, although fast charging may be a non-essential feature especially when there is good autonomy, the competitors of the 'K61 they definitely did better. 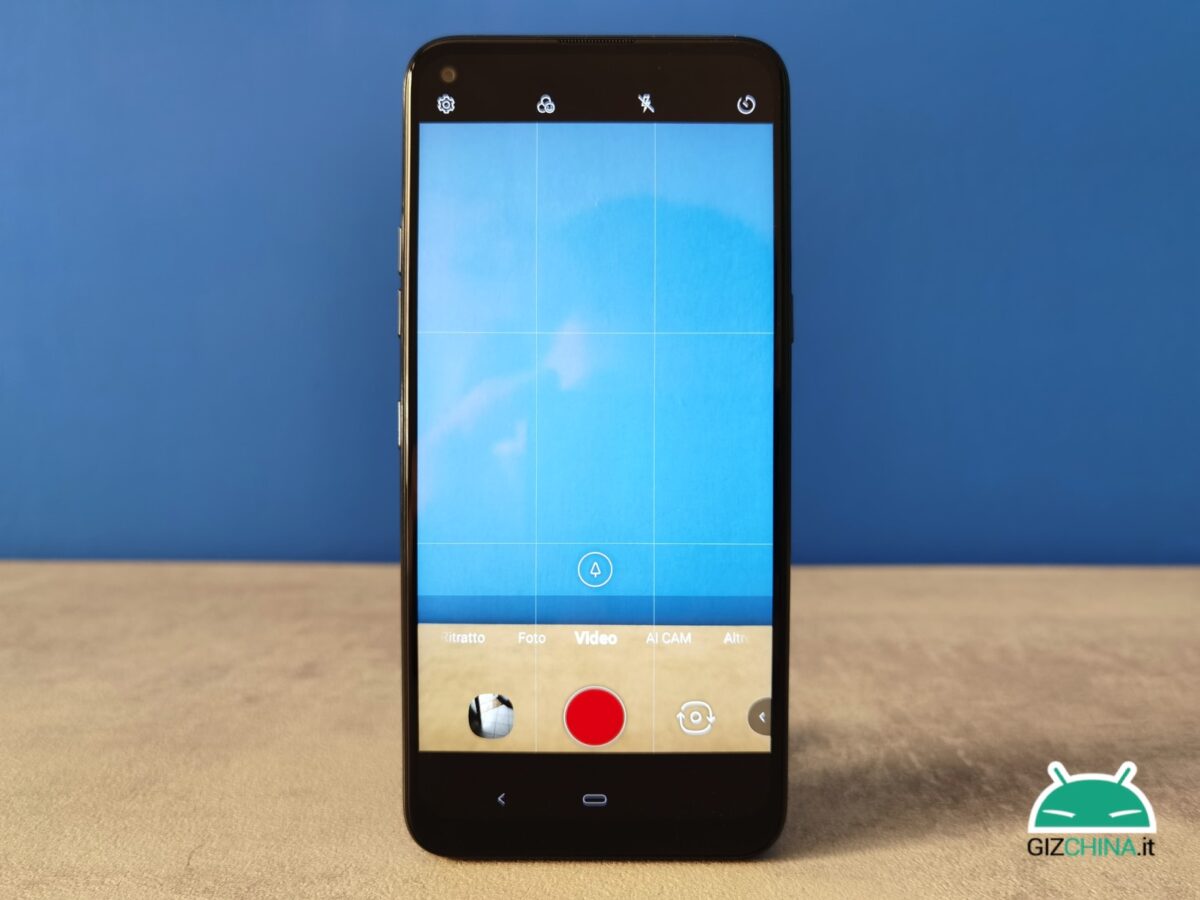 The official selling price of theLG K61 is 299 euros, a price that initially I would have considered too high for what the smartphone offers. Fortunately, however, in a rather narrow period of time, the price of the new born in the LG K family has fallen by a good 100 euros. thus reaching 199 euros: and, in this case, it is an overall figure suitable for the smartphone, which makes the LG K61 a device with a very well balanced value for money.

And it is precisely the new selling price that totally changed my opinion on the smartphone. Because if at 299 euros I would have advised against buying it, for a lower figure of 100 euros things change a lot. The K61 is a well balanced budget smartphone, with a very large display and above all very resistant to shocks and dust. 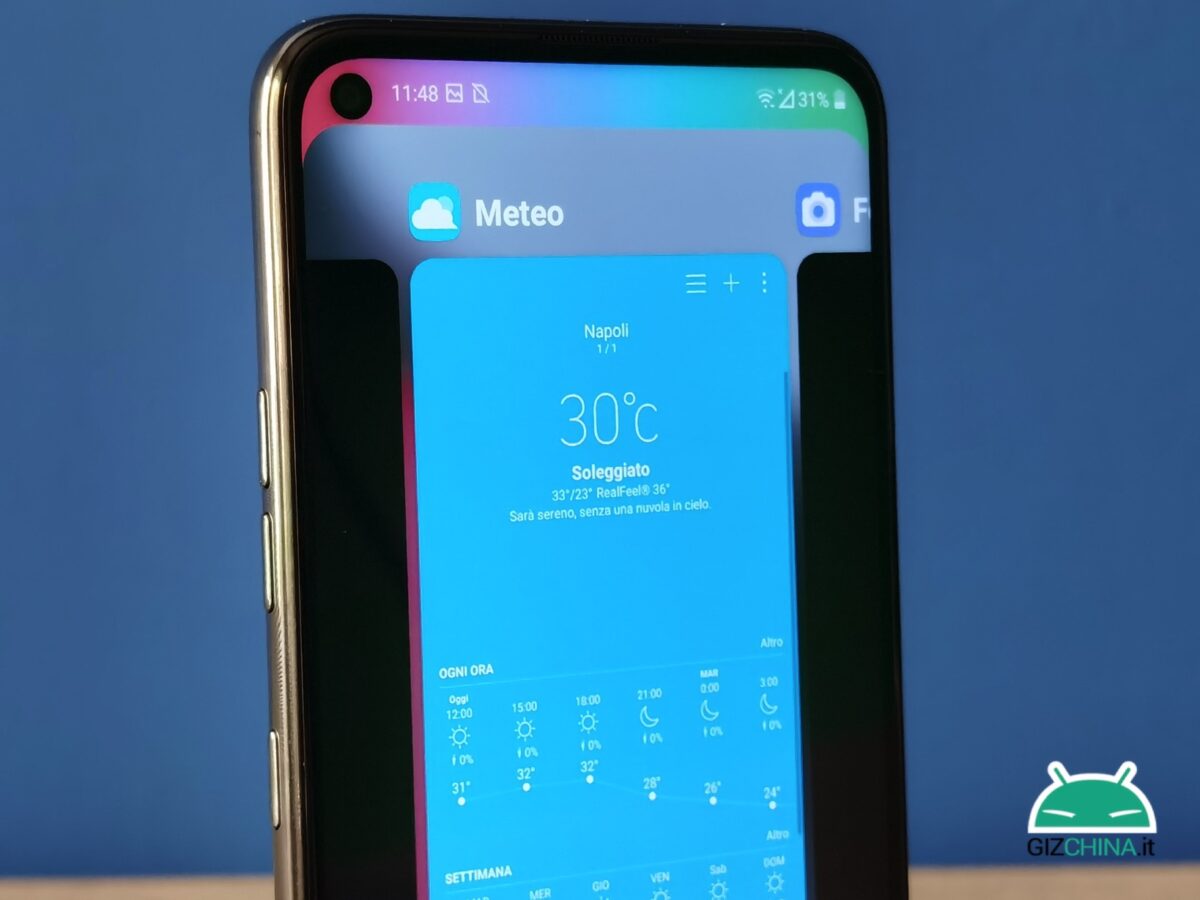 Of course, the software is not up to date, but still remains very functional, and the good battery runtimes make it perfect for those people who want to do little and nothing with their smartphone, if not browse, get informed and take some photos without too many pretensions.