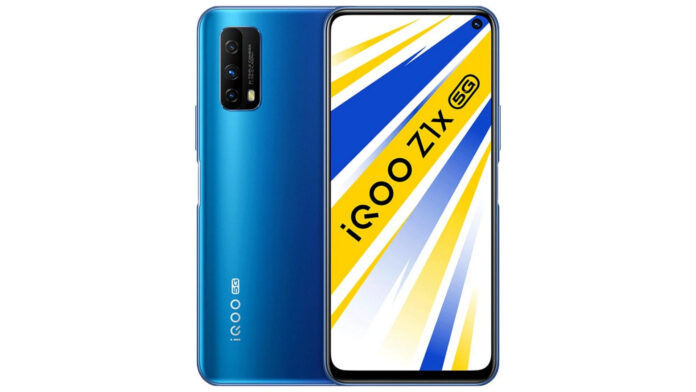 In May the Chinese producer has launched the new iQOO Z1, the first smartphone equipped with the MediaTek Dimensity 1000+, the latest 5G solution voted by the Asian chipmaker. Apparently this model may have company soon, according to a leak from Digital Chat Station, a usually reliable Chinese user. Vivo's company is expected to launch indeed too iQOO Z1x, this time with a SoC on board Qualcomm.

7 / 07 Update: the device also appears on Master Lu, with the first benchmarks and info on the specifications. Find all the details at the end of the article.

6 / 07 Update: some technical characteristics have been confirmed in a new official teaser.

According to the Chinese leaker, the company is about to announce a new device, a different solution than the flagships the brand has become accustomed to. iQOO Z1x - therefore it will be part of the Z series - it will be the first medium range of the company and will be moved by Snapdragon 765G. In short, apparently the Vivo family of devices will also open to other price ranges, even if at the moment there are no details on the figure to which the newcomer will be sold.

Obviously for now it is difficult to make predictions but the first rival that comes to mind is Redmi 10X, the 5G smartphone cheaper on the square (1599 yuan, approx 200€ at the current exchange rate). On the other hand the Redmi k30i it is the cheapest 5G model with Snap 765G, priced at 1899 yuan, approximately 235€.

In short, these are the two main competitors of the new iQOO Z1x and we are curious to know more: will it be able to offer a more advantageous price compared to the models already mentioned? At the moment by iQOO everything is silent and the Digital Chat Station post has been deleted from his Weibo profile. Consequently, everything is to be taken as simple indiscretions, at least until a confirmation by the brand.

We hoped that the iQOO Z1x had a worthy battery, given the 120 Hz screen. 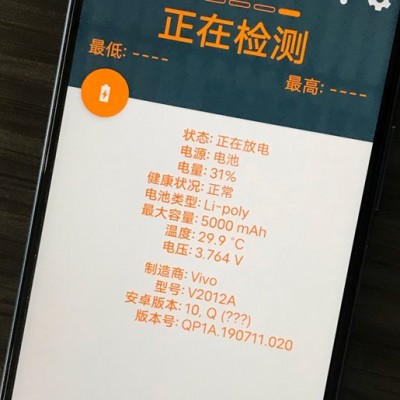 And so it will be, at least according to the latest leak, in which we are revealed an amperage from 5.000 mAh with recharge a 33W. Not a record but still more than discreet for a smartphone that promises to be promising.

Apparently the high refresh rate will be one of the constants of the manufacturers, including iQOO. After iQOO Neo 3 e Z1, iQOO Z1x will also be equipped with a panel set to 120 Hz. To reveal it is a leaker on Weibo, with a survey to know the opinion of the user on refresh rate and 5G. Yes, because these two elements put a strain on the battery, so we expect an adequate battery amperage.

The latest leak also reveals that the smartphone screen will be a LCD da 6.57 "Full HD +. Furthermore, we find that the rear camera (probably a triple cam) will have a main sensor from 48 MP. It is rumored that this package could be offered to the Chinese community starting at around 2.198 yuan 274€.

Vivo would be ready to launch its first mid-range of the iQOO range, a device now the protagonist of a series of rumors that have offered us an overview of specifications and price. Obviously this is information seeking confirmation, but it is clear that a small revolution is coming for the series. And now a new leak announces that iQOO Z1x the debut will debut 2 July, next Thursday.

Also in this case there is no confirmation of the company and we will necessarily have to be patient to get more details. Furthermore, the leaker in question reveals that the basic version of the device - from 6 / 128 GB - will be sold for 1.398 yuan, approximately 176€. A much lower price than what has been leaked so far and really interesting.

Recall that iQOO Z1x should have it on board Snapdragon 765G and mount an IPS panel from 6.57 ″ at 120 Hz. Everything will be powered by a 5.00 mAh battery with 33W recharge while the photographic sector will be entrusted to a triple module with a 48 MP main sensor. 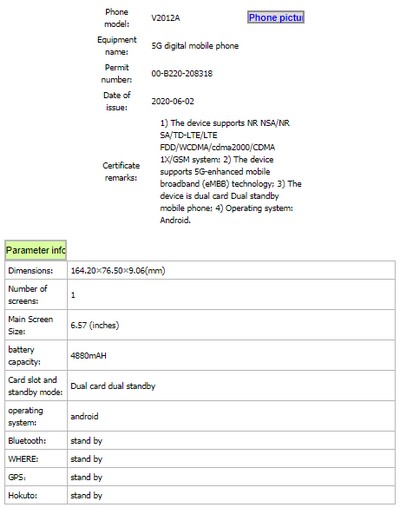 The first iQOO brand medium range is getting closer: the launch would be set for the 2 July, but a confirmation from Vivo has not yet arrived. Meanwhile, the device has popped up on the TENAA portal with the first details on the specifications. iQOO Z1x debuted with the theme song V2012A: it is a device equipped with a display from 6.57 " and a battery from 4.880 mAh. The body of the smartphone measures 164.20 x 76.5 x 9.06 mm and there is the Dual SIM slot.

At the moment there is no other information but it is highly likely that in the coming days the complete specifications and images will arrive. However, the debut on the TENAA website seems to support the hypothesis of launch soon: will it really be July 2nd or will we have to wait (maybe next week)?

As expected, the TENAA website has been updated with the complete technical data sheet of the new model, complete with pictures. Below are the technical di iQOO Z1x, as reported on the portal of the Chinese certification body.

As for the design, the images above show all the details of the device, present in the blue coloring. The display is visible with a hole in the upper right corner, the triple camera inserted in a rectangular module and the lateral fingerprint reader, integrated in the power button.

There was talk of a launch in early July and we were satisfied with it at the end. Today the Chinese company has revealed the release date of iQOO Z1x, also showing the design of the front (with a hole in the upper right corner). The presentation will take place next 9 July, obviously in live streaming. In addition, the poster teasers confirm the presence of support at 5G and a panel with refresh rate a 120 Hz. Just about this last point, the brand released a few minutes later a new teaser. Here we focus on the battery from 5.000 mAh and the refresh rate of the display, equal to 120Hz. The company wanted to emphasize how many competing smartphones have only one of the two features, therefore either a display with a high refresh rate or a device with a large battery. Therefore, both can be found within iQOO Z1x.

It seems that from China Telecom new information has arrived regarding, more than anything else, prices and variants of this smartphone. Taking a look at the documents, therefore, it seems that the smartphone can come in two main variants: the one from 8 / 128GB and 8 / 256GB. According to this leak, the first one should be priced at 2.198 yuan, approximately 275 € at the current exchange rate, while the second should be proposed at 2.498 yuan, therefore 315 €. There will be three colors available: blu, black e White. 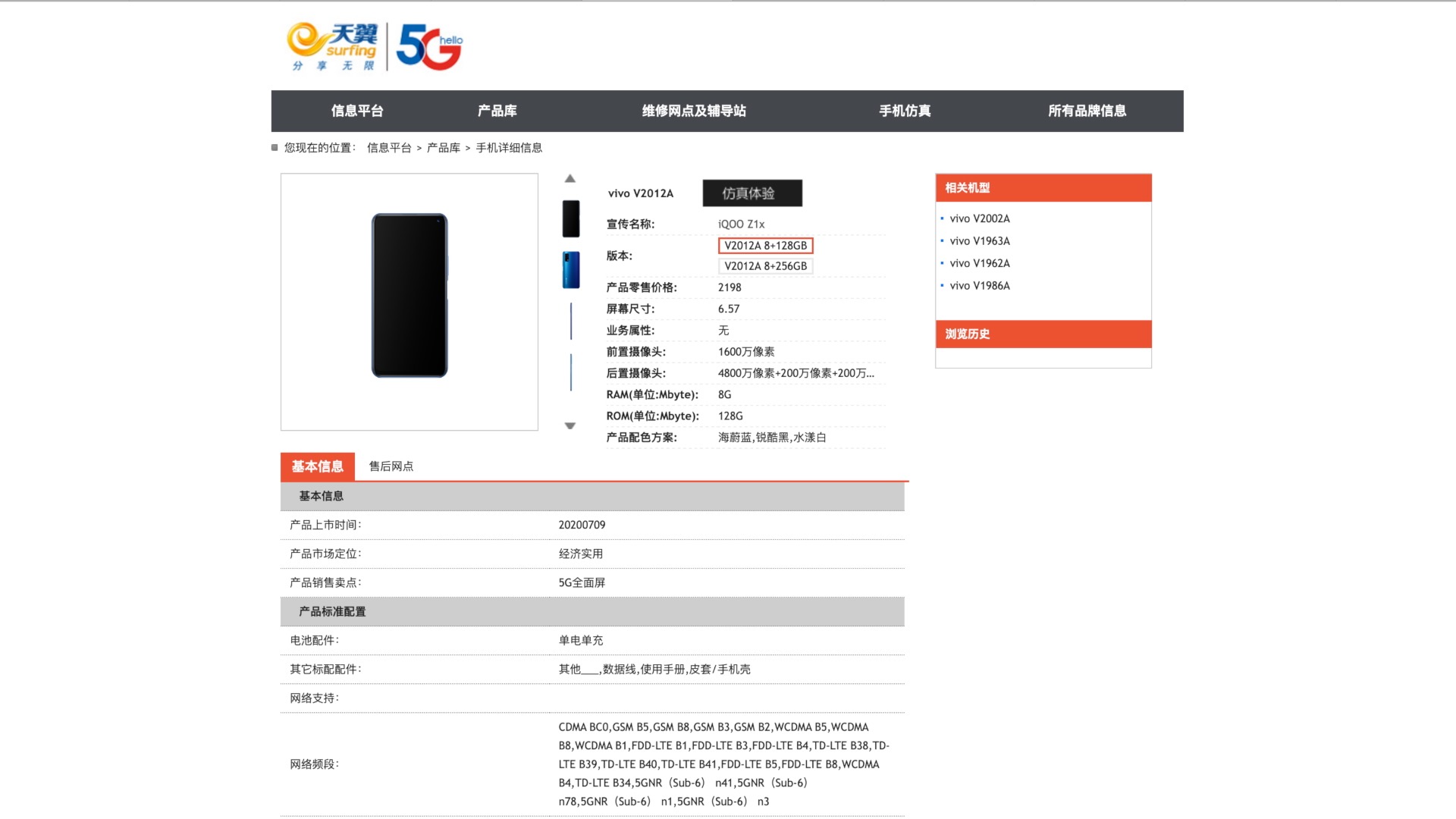 We don't know if they are prices can actually mirror reality. We believe, in fact, that they can be slightly higher, but we will certainly know more on 9 July, the day when this smartphone will be revealed to the public.

We no longer have any doubt, therefore, about some technical characteristics of this device. With this new teaser, in fact, the presence of a SoC is confirmed first Snapdragon 765G. In addition to this, then, a battery will surely find space 5.000 mAh, equipped with the support to the quick charging da 33W. 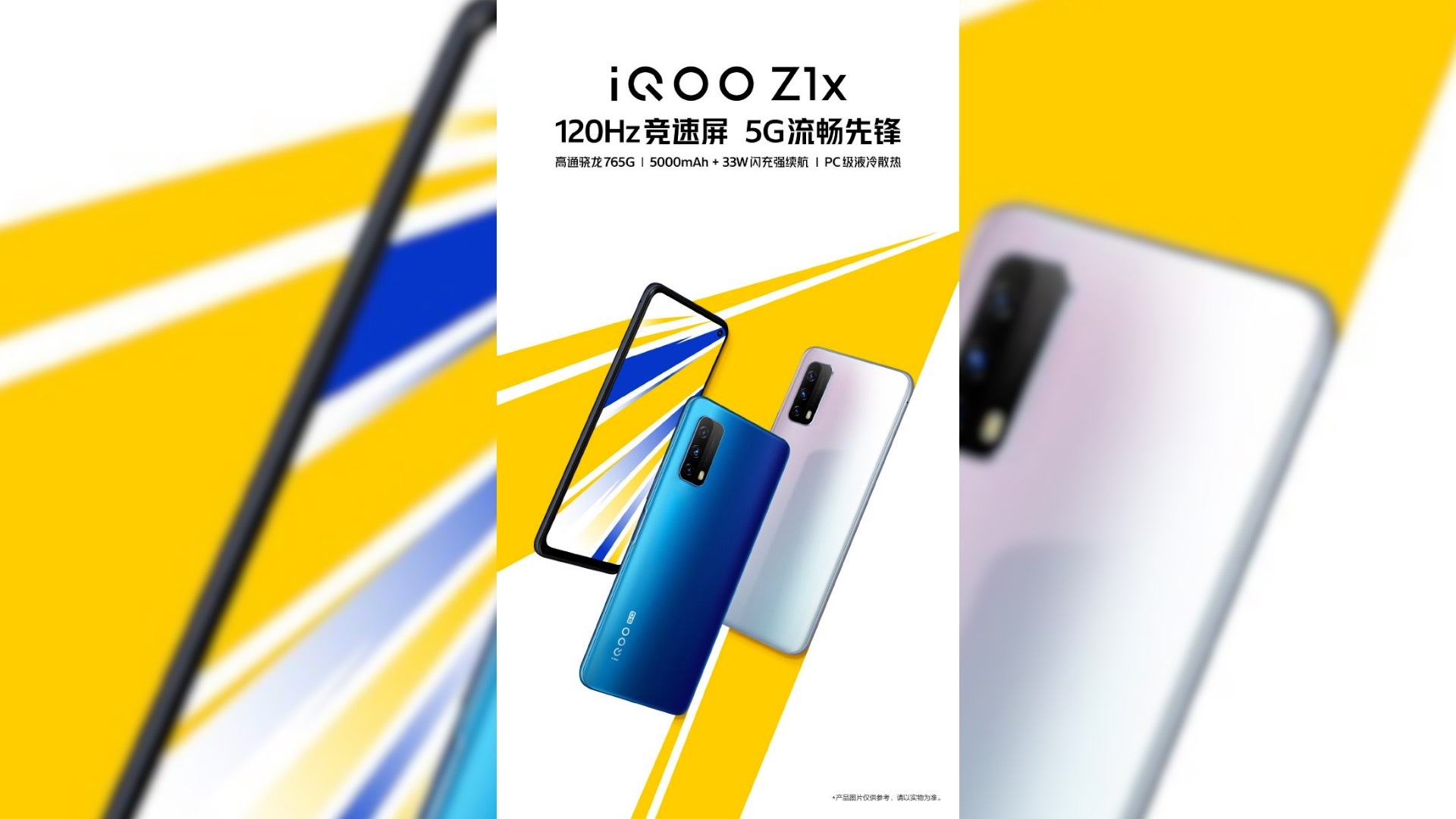 The only real novelty present in this teaser, perhaps, is the cooling system of the smartphone, which was still little talked about. It seems, in fact, that this mechanism should contribute to limiting the high temperatures very much, giving an idea in more gaming side.

Only a handful of days are left for the presentation event of iQOO Z1x, set for Thursday 9 July. In the meantime, there was no shortage of official teasers, rumors about the price and details on the specifications. Now we also add the first benchmarks on Master Lu - famous Chinese platform - which offer us a brief overview of the hardware features of the smartphone.

So what do you think of this iQOO Z1x? The smartphone will be the first medium of the Vivo brand range and we are curious to find out if it will live up to the larger models (and the big brother Z1).