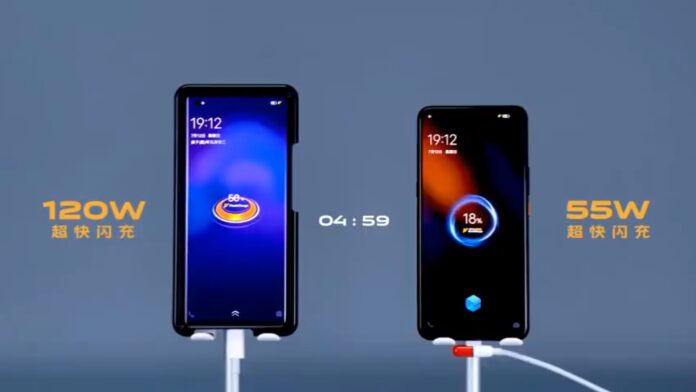 While OPPO is ready for the debut of its 125W Super VOOC, Vivo is also ready to have its say and does it thanks to the new fast charging technology FlashCharge 120W, launched with the brand iQOO. The presentation of this novelty came as a bolt from the blue, through an online event in which the Chinese company pitted all the details of the case.

14 / 07 Update: the smartphone with 120W charging is shown on video. Find all the details at the end of the article. While OPPO has announced the event for July 15th, Realme is preparing to show something later this week and Xiaomi is still in the shadows, Vivo has decided to launch at full strength. The company presented the refill FlashCharge da 120W, arriving on board a registered device iQOO. As reported by the company, this novelty is able to recharge a battery from 4.000 mAh in just 15 minutes (from 0 to 100%).

Going into detail, it will take 5 minutes to have a 50% recharge, while it will take another 2.000 minutes to fill the remaining 10 mAh. Recall that last June, Vivo launched the 120W Super FlashCharge technology close to the MWC 2019 in Shanghai. Despite this, it was a more explanatory announcement than anything else: the one that took place today represents the real debut of ultra-fast charging.

The iQOO Product Manager showed this news in action and a battery from 4.000 mAh with a system a double cell 6C. Both batteries (from 2.000 mAh each) is able to recharge a 5V 12A (60W) through a personalized chip: together they are able to reach the much desired 120W. Together with all the appropriate security systems (inside the charging adapter), all phones with 120W FlashCharge will have a liquid cooling with VC (Vapor Chamber), in order to better manage the internal temperature.

From here on, the good continues DigitalChatStation: The Chinese leaker said that the first iQOO smartphone with the new recharge is already in progress. Everything is in the mass production phase and the launch would be set for the month of August, although the company has not yet revealed anything certain. 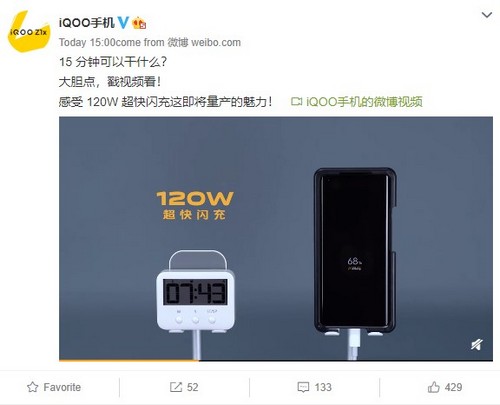 A few hours after the debut of the new charging technology FlashCharge da 120W, iQOO has published a video dedicated to the feature on Weibo. Surprisingly, the front of an unedited smartphone is shown, the first to have this novelty on board. Below you will find a still image of the clip, where you can take a look at the mysterious device. 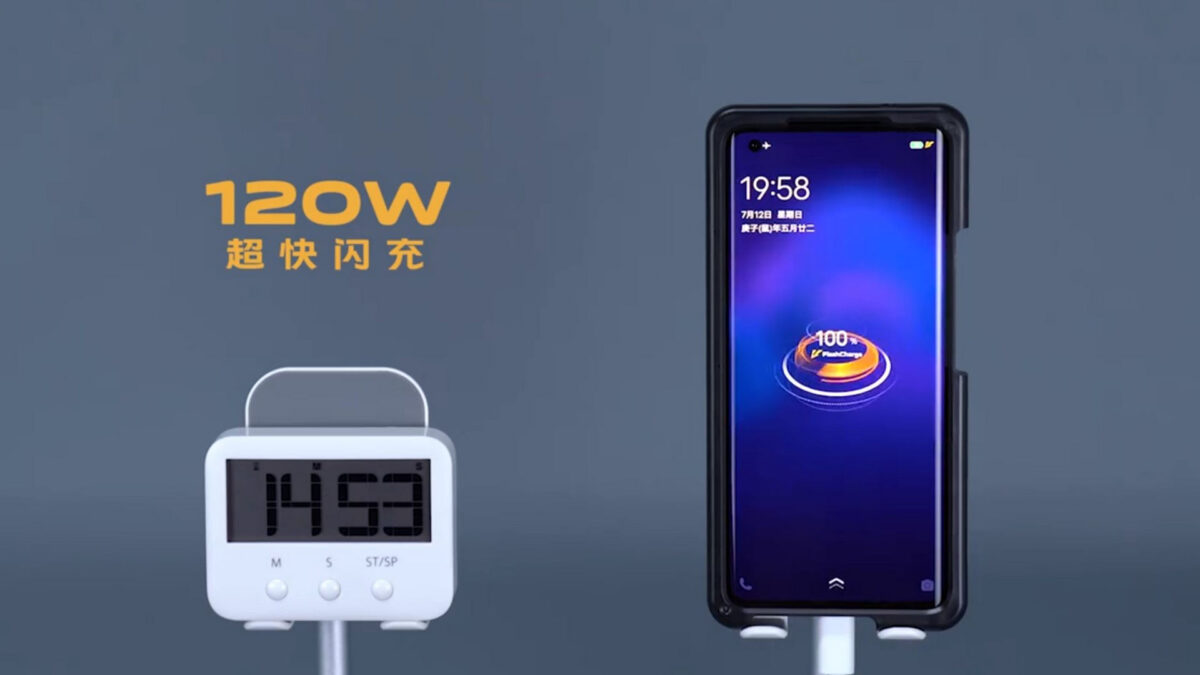 The smartphone in question adopts a large display with a forum in the upper left corner containing the selfie camera. The panel is equipped with curved edges, but unfortunately no other details have emerged. Not only does the company show the device only from the front - preventing you from seeing the back cover and the positioning of the camera - but this is wrapped in a thick homes.

This will probably be the look - or part of it - of the first iQOO smartphone with 120W recharge; the launch is expected for the month of August and look forward to further details.

To help us understand what he is capable of, iQOO has published a demonstration video of his 120W next to a smartphone with charging a 55W. The times when the OPPO 50W Super VOOC seemed almost utopian seem almost distant. In only 15 minutes the iQOO flagship is able to reach the 100%, while the other device is always stopped at 43%.