Apparently iQOO is preparing a new version of the reference top of the range. The official confirmation on what his name will be is not yet, but there are rumors that it may be iQOO 3 Pro 5G. The intention is to diversify the proposal as much as possible, as the launch of will demonstrate iQOO Z1x, what we can consider the first mid-range of the manufacturer. But there are also those who hypothesize that it is not a new iQOO device, but rather the possible Vivo NEX 4.

Vivo NEX 4 makes an appearance on GeekBench: here with what specifications

The indiscretion on the existence of the alleged iQOO 3 Pro 5G derives from GeekBench, in whose database the unpublished Vivo V2024A appeared. Although it is indicated as a model of the Vivo house, it could indicate the top of the iQOO range, thus signed for their bond with the parent company. 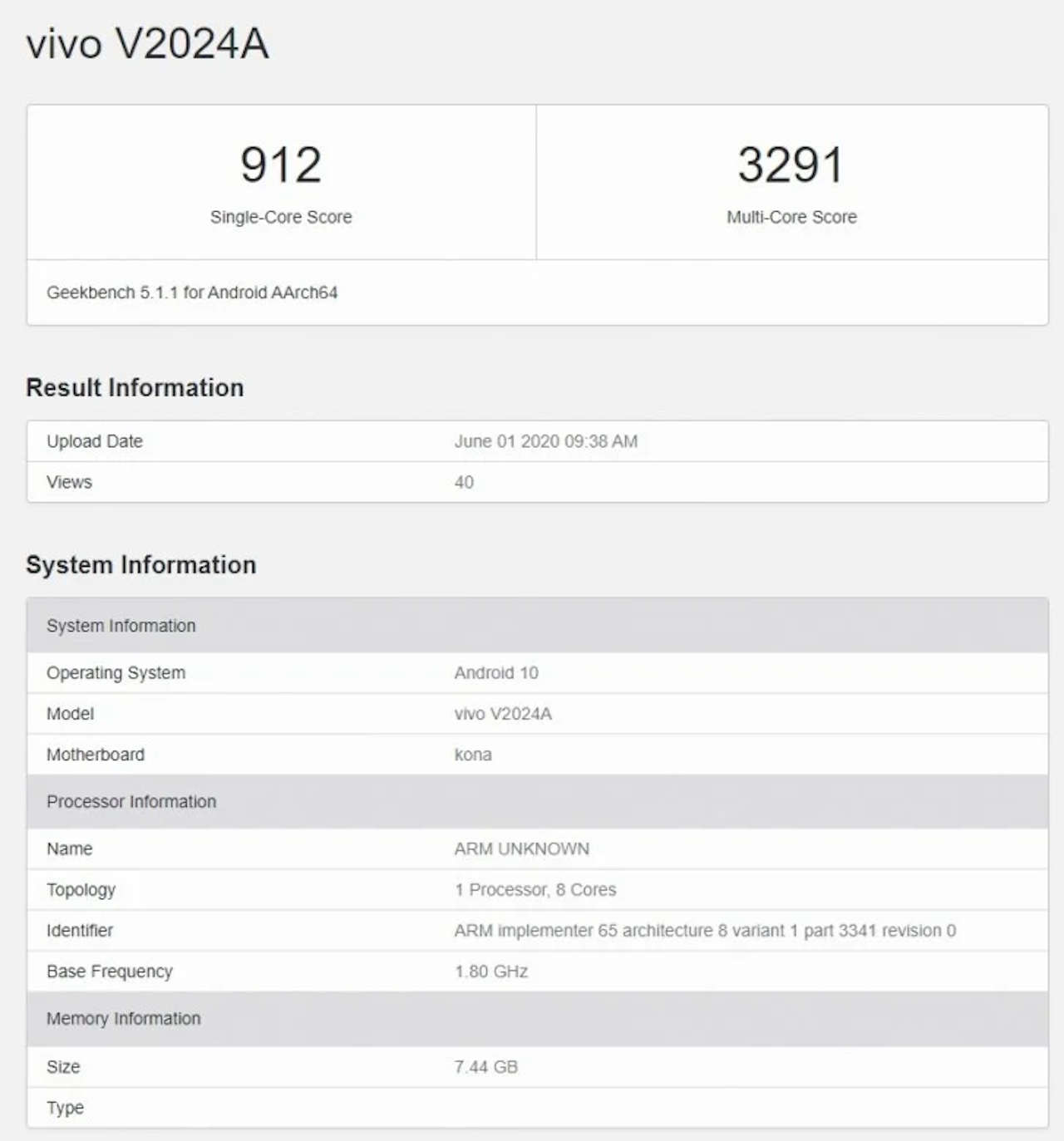 The platform "kona"Indicated by GeekBench makes us understand that iQOO 3 Pro 5G will be based on the Snapdragon 865, just like iQOO 3 and Neo 3. Hence the doubt: why launch another device with this equipment, when there are already two more in the catalog? At the same time, Vivo NEX 3s 5G is also equipped with Snap 865: but having arrived at the end of 2019, more time has passed and its successor would be more justifiable. In contrast, iQOO 3 and Neo 3 were launched in the spring, so a few months ago.

Another clue in favor of the Vivo NEX 4 hypothesis is the code name. Vivo 2024A seems the direct successor of Vivo V1924A, abbreviation indicating the series Vivo NEX 3. The rest of the specs don't tell us much more, if not the 8 GB of RAM and Android 10.