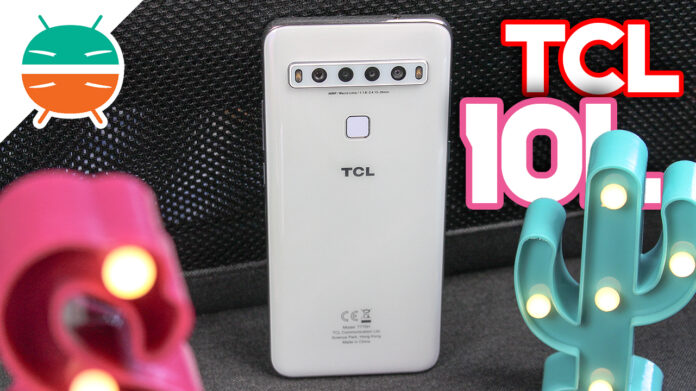 In the last quarter of 2019 TCL has officially arrived in Europe with his smartphones and more precisely he did it by launching his Plex. During these months, however, the Chinese company has had the opportunity to work intensely to attack the market middle band and did it with TCL 10L e TCL 10 Pro, two devices that stand out for the quality of their displays.

In today's review we will analyze the 10L, who saw their price fall below the psychological threshold of 200 €. Will this be enough to make it a good deal? Let's find out together!

The sales package is made of white hardcover with a smartphone print on the top and inside we find the following equipment:

If from the front we have a proposal already seen within the medium range (and not only), or a display with a hole on the left side, at the rear we find a back cover different from the others thanks to the sensors placed horizontally side by side and with pearly coloring Artic White. 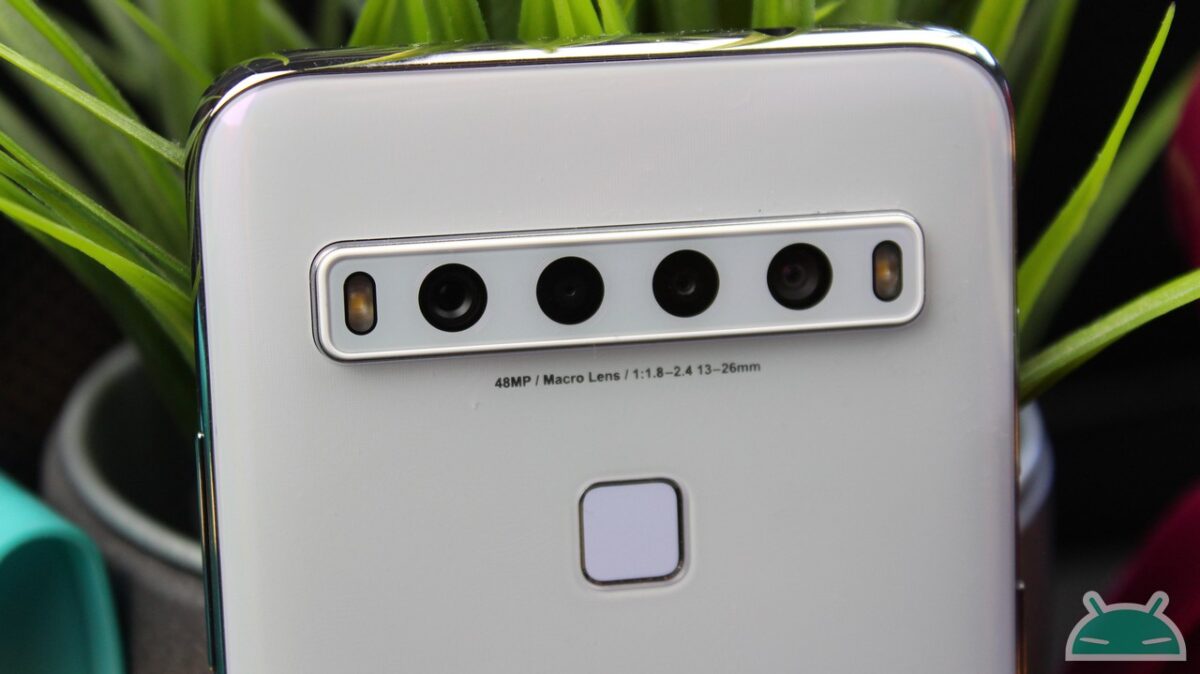 In addition, a square fingerprint sensor reminiscent of the old Huawei and which remains a bit vintage as other manufacturers have started to opt for different solutions.

As for the materials, the manufacturer declares one back cover in glass with curl 2.5D even if to the touch it would appear to be polycarbonate, as well as the side frame which has been chromed to give it a more precious aesthetic. 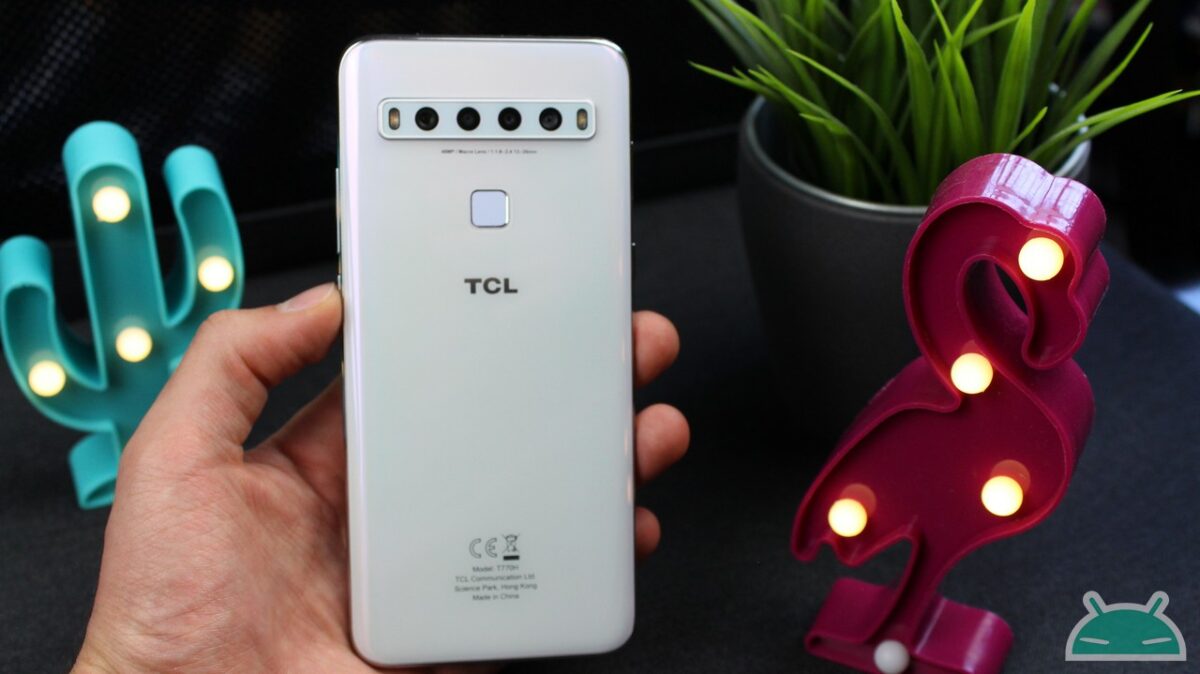 Le dimensions of TCL 10L are in line with those of its main competitors, that is X X 162.2 75.6 8.4 for a weight of 180 grams, slightly lighter than the average. Despite this, one-handed operation is not very easy, but fortunately we can bring down the notification curtain by swiping down from anywhere on the display.

On the right side we have the power button and the volume rocker, unlike the left one on which the dual SIM slot (or SIM + microSD) resides and the button Smart Keywhich can be custom to perform different functions. I leave you the screenshot below.

At the bottom there is the USB Type-C port, the system speaker and the main microphone, while at the top you can see the mini-jack input and the second microphone. Let's not forget the 4 photographic sensors on the rear accompanied by the double single tone LED flash. 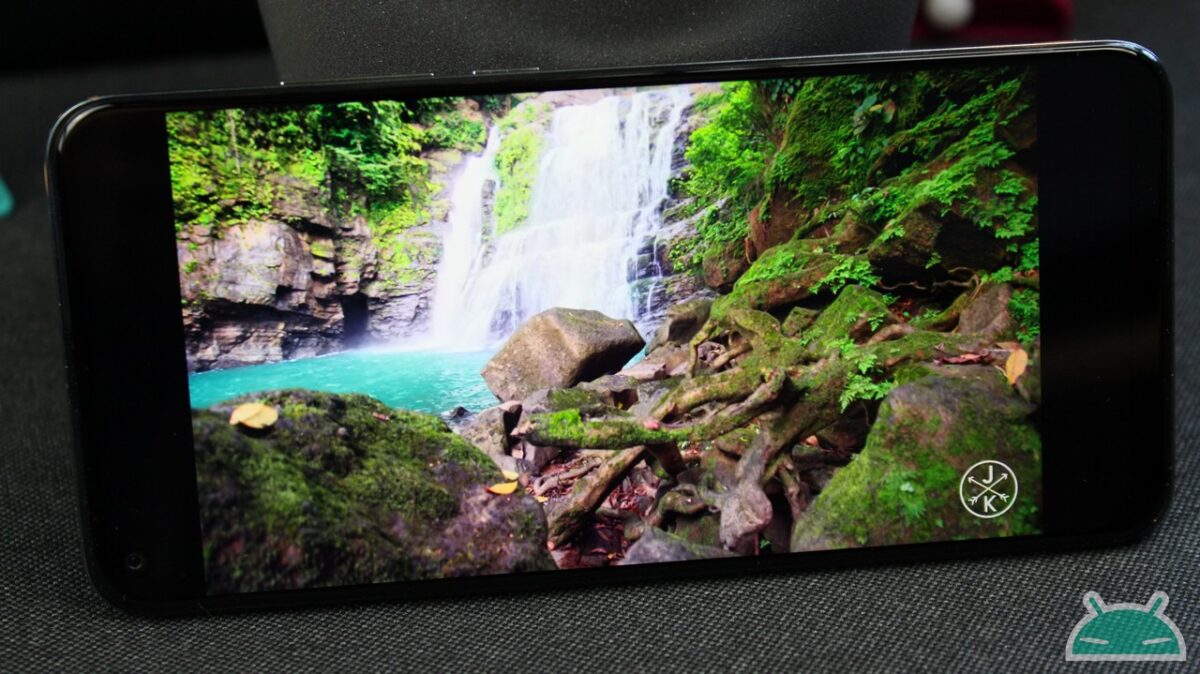 This is the sector mentioned TCL it is more proud, also because it is a company well known for the quality of its televisions. Having said that the quality of the panel is really excellent, as you can enjoy excellent color fidelity, good contrast as well as good brightness levels.

All this is possible thanks to dedicated video chip which will allow you to improve the settings in viewing content. However, by deactivating the mode NXTVISION I found that the videos in HDR see you with one gray patina and I found the same defect with the Redmi Notes 9S before the update.

I make this clarification, but in reality to fix this malfunction present on many other devices a single will suffice Update from the manufacturer.

For the rest if you want to calibrate the colors to your liking you can do it within the settings. Finally present the Dark mode and Healthy eye mode, without forgetting the presence of gestures to move in the interface and mode Ambient Display upon receiving notifications.

Under the body of the TCL 10L we find a chipset Qualcomm Snapdragon 665 including an octa-core processor with a maximum clock frequency of 2 GHz, a GPU Adreno 610, 6 GB di RAM e 64 GB di internal memory eMMC expandable via microSD.

Il chipset now we know it very well since it has been used extensively in this reference range, but the thing that does a little turn up one's nose it is memory eMMC on a device that would cost the price list 299 €.

In daily use we get sufficient performance if our aim is to alternate between social networks, calls and web browsing. We do not have a lightning reactivity, also complicit somewhat slow animations (which we can remove by entering the developer options), but the TCL 10L can execute all the required commands.

As for more complex operations such as the Gaming, TCL 10L plays heavier games like PUBG to details lower middle, in fact, for this device it is still not possible to select theHD between settings. There gameplay however it is discreet, but it's definitely better on less heavy titles like Subway Surfers, Clash Royale and the like. 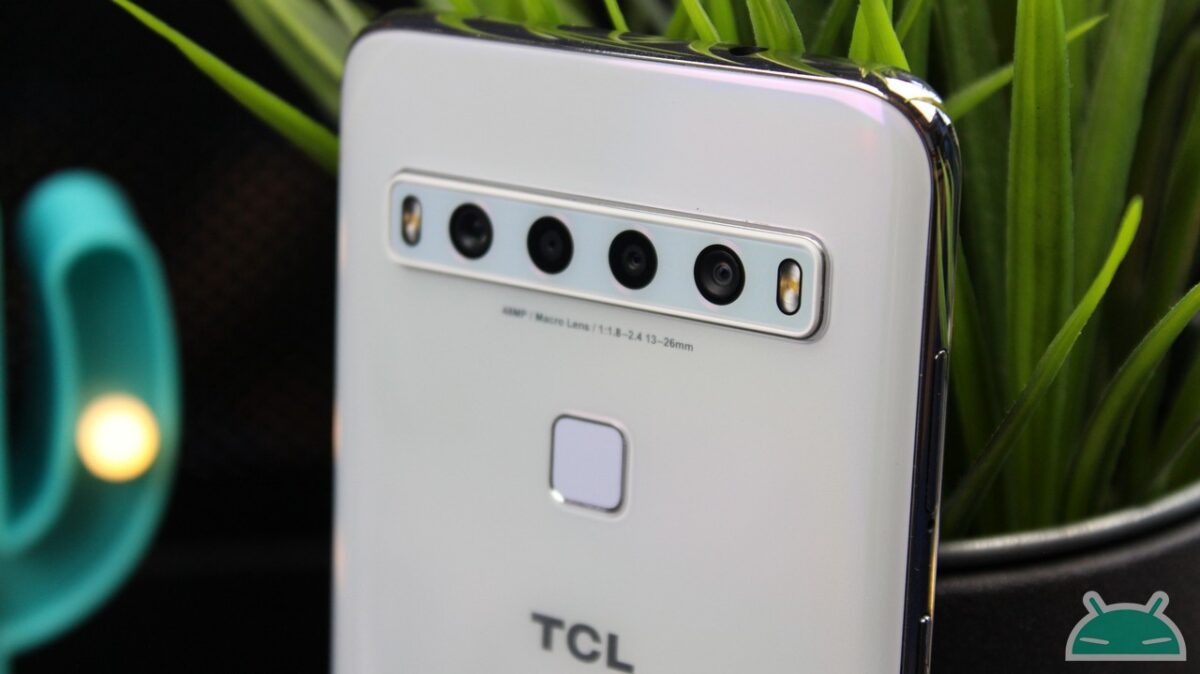 In the daytime we are faced with gods Scatti well made and representing the price range of the 200 €. In fact, the automatic HDR always intervenes well, the management of the lights is sufficient, as is the level of detail.

I colors they are slightly more saturated than reality, but I don't mind. By doing several tests I appreciated both the natural bokeh in the photos, both the portrait mode which shapes subjects well enough. Likewise I also liked the super macro mode through which we can go truly close to the subject.

La wide-angle lens gives good shots for sharing on social networks even if the colors are a little more dull and the definition drops.

In night the quality is necessarily reduced, the management of the lights begins to go a little more in crisis and the photos are not very bright. Obviously you notice digital noise and the wide angle will hardly give you satisfaction. In short, everything is normal if compared to Realm 6 or Redmi Notes 9S.

Frontally in the drop notch we find a sensor instead 16 mega-pixels S5K3P9SP04 with opening f / 2.2.

In this case the camera it didn't convince me very much because the sensor cannot manage the lights well and consequently overexposes some features and underexposes others. The detail is not very high and the final result does not reflect the performance of the rear.

I video can be registered up to a maximum of 4K is 30 fps and I have to say that we have good digital stabilization and fast focus. Good colors.

L'audio output from the single lower speaker has a good maximum volume and you can see an audio beautiful ringing, although the medium and high frequencies are favored more than the low ones.

No problems on call, neither with the ear capsule nor with the audio captured by the microphone. Finally, there is support for the AAC + format and the 3.5 mm audio jack. 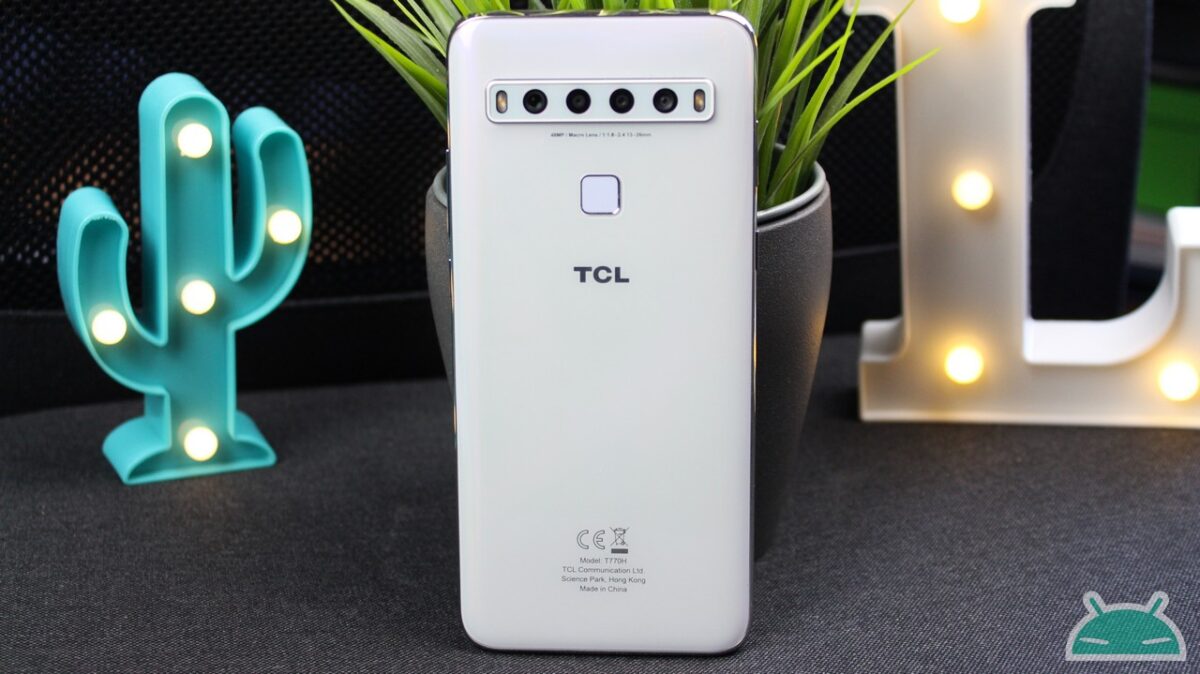 As for connectivity on board the TCL 10L we have support at Dual SIM with connectivity 4G LTE Cat.6 and unfortunately in these days of use it does not have me never aggregated 4G +. For the rest we find the Wi-Fi Dual Band, Bluetooth 5.0 with LDAC and aptX, theNFC and the GPS / A-GPS / GLONASS / Galileo.

No particular problem in this sector, the only thing I want to point out is that after a prolonged period of inactivity, Wi-Fi goes stanby and as soon as we unlock the smartphone we will receive notifications all together. The same bug had been reported on Redmi Notes 9S (not on our unit) and it was solved with a simple one updating.

Il fingerprint sensor è quite accurate, let's say that the80% sometimes, but animation the awakening of the display it is a little slow and this makes him seem unresponsive. In addition, we also have it classic facial release which uses the front camera and the performances are very good in daytime, while in the evening (and without light) unless you have the maximum brightness it will be difficult to unlock at the first shot.

Il TCL 10L owns a software based on Android 10 with proprietary interface TCL UI 2.0.3C.DH. We are talking about a system which is graphically similar to Android Stock, therefore very intuitive and simple to use.

On some animations I found it a little loupe, but otherwise we find a wide range of customizations such as the app cloning screen recording game mode, the one-handed mode and much more. I must say that one of the ones I liked the most was the one related to Ambient Display, which will show the notifications received on a black background when the smartphone is locked.

Nice also the customizable button Smart Key to which we can associate some features respectively by pressing it one time, twice o for a couple of seconds. Below I leave you other screenshots.

Under the body of the TCL 10L we find a battery from 4000 mAh which guaranteed us one good autonomy. In fact, with intense use it will be possible to obtain an average of approx 4 hours, but for those who use it less intensely it will not be difficult to settle on the 5 hours. 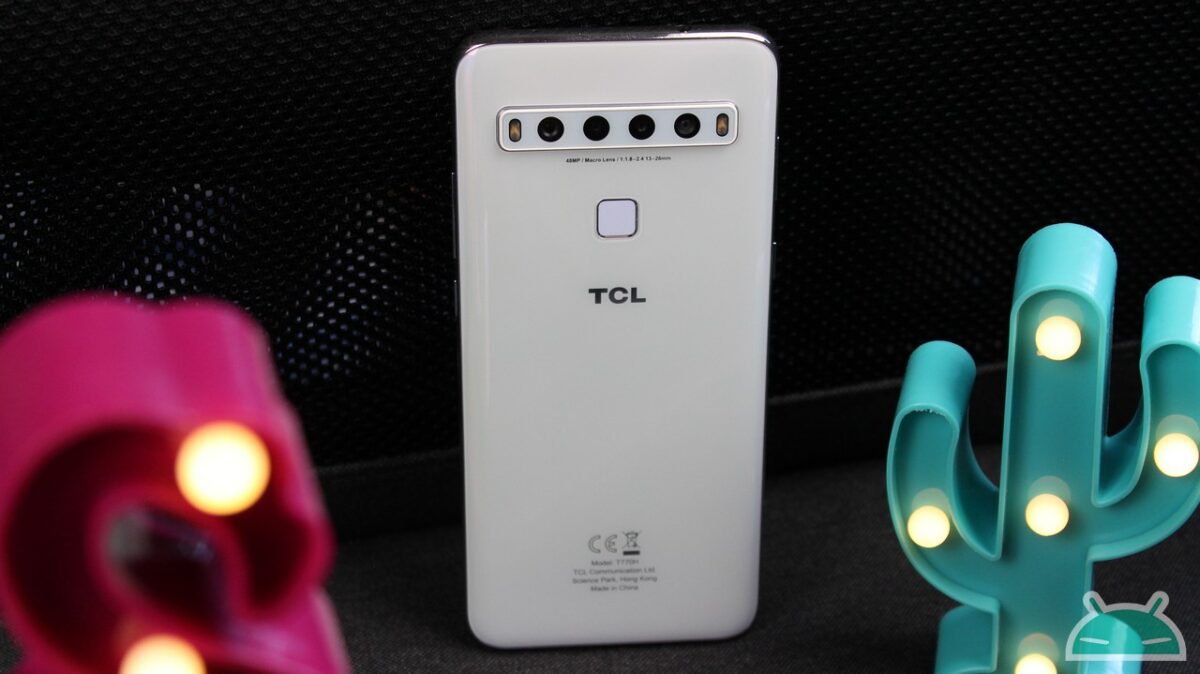 In all this, of course, you will be able to arrive in the evening without problems, in fact you can take advantage of the residual charge even the next day throughout the morning.

However, charging is a bit slow, as it takes approx 2 hours to go from 0 to 100% with the power supply supplied by 10W.

Despite the list price of this TCL 10L both of 299 €, fortunately it is already possible to find it on Amazon about 189 €, or a figure much more online compared to its competitors and which allows it to be more palatable.

TCL she has arrived recently Europe with his smartphones and I think it's right give it some time to acclimatise and to understand the scene since it lacks some errors of "youth" on the software side and a bit old hardware.

In fact, when compared to other home solutions Redmi o Realme lies further back. However, we are happy to see a new competitors in the panorama of low-cost smartphones and we hope that over time it will give a hard time to the most famous ones, so as to see a more challenging competition. 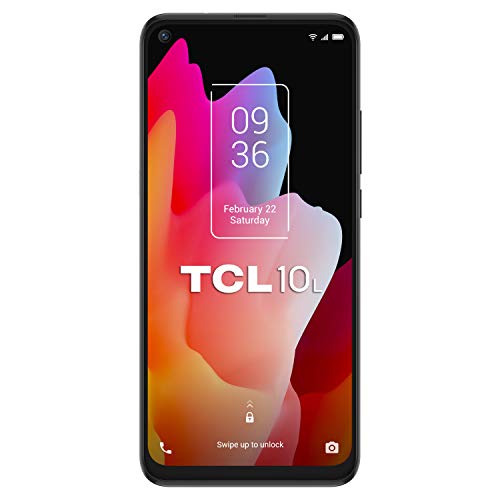