The first time I reviewed a Kuu, I wasn't even aware of the brand. I know, it was a shortcoming of mine, but it must be admitted that the world of Chinese notebooks is so vast that for a person like me, relatively new to this world, this company could have easily escaped. But fortunately, I managed to fill this shortcoming of mine and I am more than ready for the review of the Kuu K2.

It also filled him with a little amazement, because afterwards having tried the Kuu K1, I realized that I was probably testing one of the most powerful Chinese notebooks of 2020. Well, the time has come Kuu K2: will the Asian company have managed to continue the results obtained with the K1? In fact, dear ones, it doesn't have to. Because despite logic he wants the model K2 it should be a kind of update of the K1, in reality it is not quite like this: the top of the range of the company remains the K1, and the K2 (although it was presented later and has a name that lets you imagine a sort of "evolution" of the product) it is nothing but a lower-end alternative to the Kuu 2020 lineup.

As well as the vast majority of Chinese notebooks, the packaging of the Kuu K2 it is made with a simple hardcover, decidedly essential and devoid of any attention to detail. In the Kuu K2 package there are:

The cost-effectiveness of the product did not particularly affect the materials with which it is built. The Kuu K2 has a frame made of aluminum alloy, with plastic inserts and a matte finish very pleasant to the eye and touch. The model we received for the product test is gold in color, but it is much closer to bronze than to the strong golden color. On the back of the screen there is the company logo, weighs 1.3 kg and very compact, which makes it perfect for anyone who needs a computer to take to university without too many worries, or for those who need to work in smart working but does not want to spend more than his salary to buy a notebook to work with.

And just like the K1, the Kuu K2 stands out in terms of connectivity. There is a USB 3.0 port, a USB-C port, a micro-HDMI for connecting the computer to a screen or a TV, the input for headphones and a slot for the microSD. The webcam is integrated, and is positioned on the upper area of ​​the screen, while the backlit keyboard does not integrate any numeric keypad: those of Kuu have well thought of producing a "hybrid" trackpad that can be transformed into a numeric keypad; pity that the writings positioned right on the trackpad give it a decidedly cheap and patently Chinese appearance. I would have avoided, or I would have at least chosen a more elegant font. But these are details. And again as regards the keyboard, it is produced exclusively with a US layout and to adapt it to the Italian one it will be necessary to apply, key by key, some stickers included in the package which will make available all the accented letters and special characters of our language but which, personally, I have decided not to apply given the decidedly different dimensions compared to those of the keys, and for a rather technical reason: by applying a sticker on the backlit keyboard, you it loses the transparency (and therefore the illumination) of the letters. Very nice, however, the "borderless" effect of the keyboard, whose keys cover practically the entire dedicated surface, totally eliminating the side edges.

As for the trackpad instead, the touch surface is of excellent size and slightly wider than the vast majority of the competition, but continues to have that rather economic feeling typical of the company, which has however improved the sensitivity and pointing accuracy. The fingerprint sensor, compatible with Windows Hello, has been positioned in the power button of the notebook, with a solution practically identical to that seen in Huawei's computers: the performance is good and the fingerprint detection is practically lightning.

The screen of the Kuu K2 it's a 14.1 inches FullHD matte (therefore opaque) with a resolution of 1920 x 1080 pixels, assembled using an IPS panel that guarantees a good density of pixels per inch and which, overall, is in line with the price range in which the notebook is inserted, indeed in certain respects it surpasses it. It is clear, however, that it is a screen that brings with it all the flaws of the low-end IPS panels, with slightly subdued colors and shallow blacks, but the viewing angles are more than enough and the brightness is very good and allows a good view even in very bright environments. 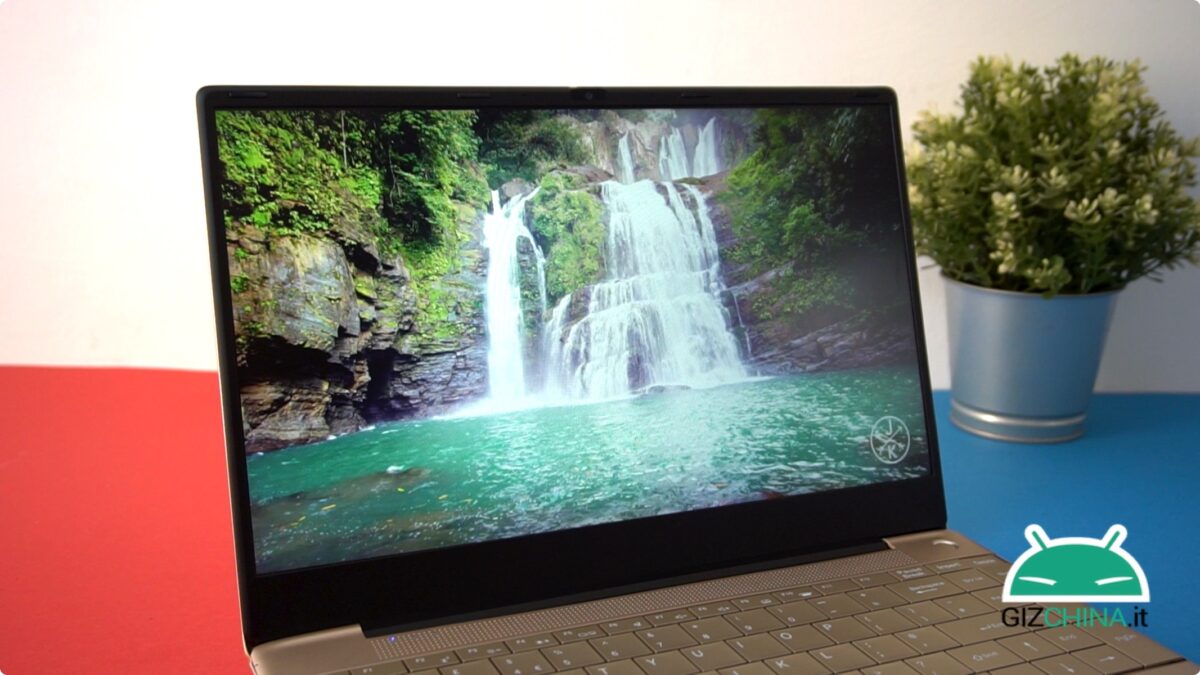 The management of reflections is also excellent, but this is a characteristic of opaque screens, and the practical use of the screen is also not bad, which with the reproduction of multimedia files or streaming videos on Netflix always behaves well and guarantees a decidedly pleasant vision and all in all, of good quality.

If the K1 is one of the most powerful Chinese notebooks around, with the K2 those of the company have taken a step back, at least as far as the processor is concerned. To animate this laptop there is a processor Intel Celeron 4115 which works at 2.4 GHz, and which is flanked by 8 GB of DDR3 type RAM memory and by an integrated Intel graphics card HD Graphics 600, capable of processing videos in 4K at 60 Hz at a 10 Bit color depth. And clearly, despite being a processor presented two years after the one used in the K1, more precisely in 2017, it guarantees mostly below average performance which, however, considering the selling price, is more than adequate for the user range to which the product is addressed .

Definitely better the graphics card, which in fact manages to guarantee more than sufficient video playback performance, and which it really is capable of playing videos even in 4K, despite the resolution of the integrated panel makes it a rather useless operation.

The performance of the RAM memory is also undertone: the DDR3 architecture makes itself felt when performing more complex operations, but it is also true that for the use that could make this notebook an average user, it could be more than enough. There is no shortage of WiFi 801.11 ac, which in fact has good (but not excellent) signal reception, and Bluetooth 4.1. The internal memory, on the other hand, is 256 GB, but in the model we received on test it is composed of a medium-low performance SSD of 59,6 GB and a mechanical HD of 178 GB. 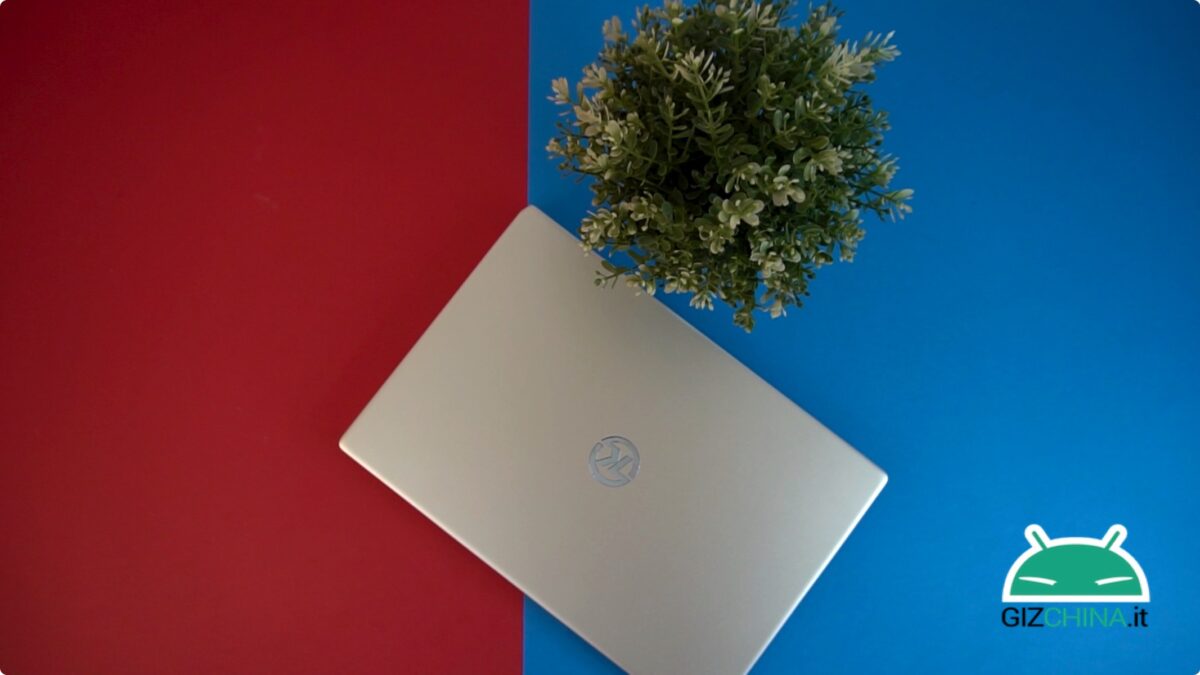 In short, all in all for common use, the KUU K2 it is a more than suitable notebook and guarantees sufficient performance. Of course, sometimes with too many applications open in the background the system points out some slowdown, but for a "home" or university use it offers the right performance, but highly unsuitable for gaming or the use of photo / video editing applications.

A decided no to the integrated stereo speakers. The reproduced audio tends mainly to the medium and high frequencies, even if the listening volume is good, but not excessively high, while the audio captured by the microphone is of good quality and does not present any problem whatsoever. 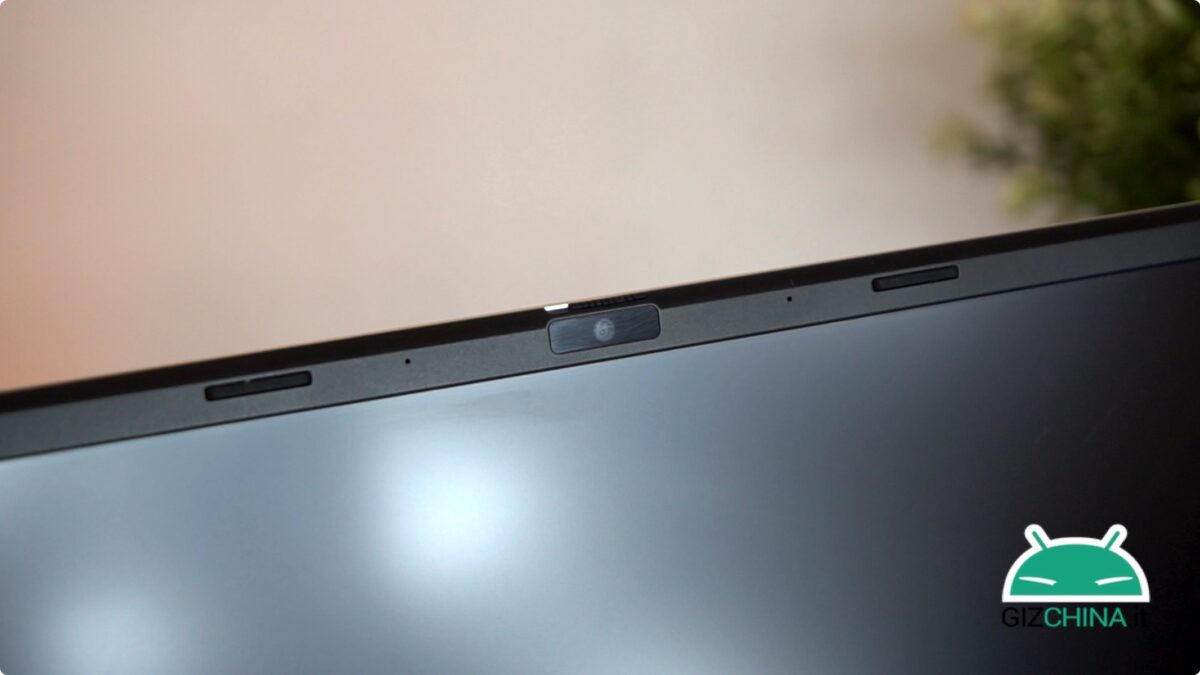 La webcam integrated is positioned in the upper area of ​​the screen, but as well as in the vast majority of products in this range, it guarantees rather poor performance, especially in low light conditions. In short, let's say that it is suitable for making video calls or video conferences, provided that you are in a well-lit environment. The interesting thing is that the webcam is equipped with a manual locking system, which will allow total inhibition if it is not necessary to use it: in this way privacy is assured.

The battery integrated in the KUU K2 it's a 5000 mAh, and from my tests I have confirmed that it is the feature that most represents a compromise for this type of notebook. With around 12 hours of standby time and just over 4 hours of average use, the runtimes are pretty good, the point being that the charging times could be quite long. 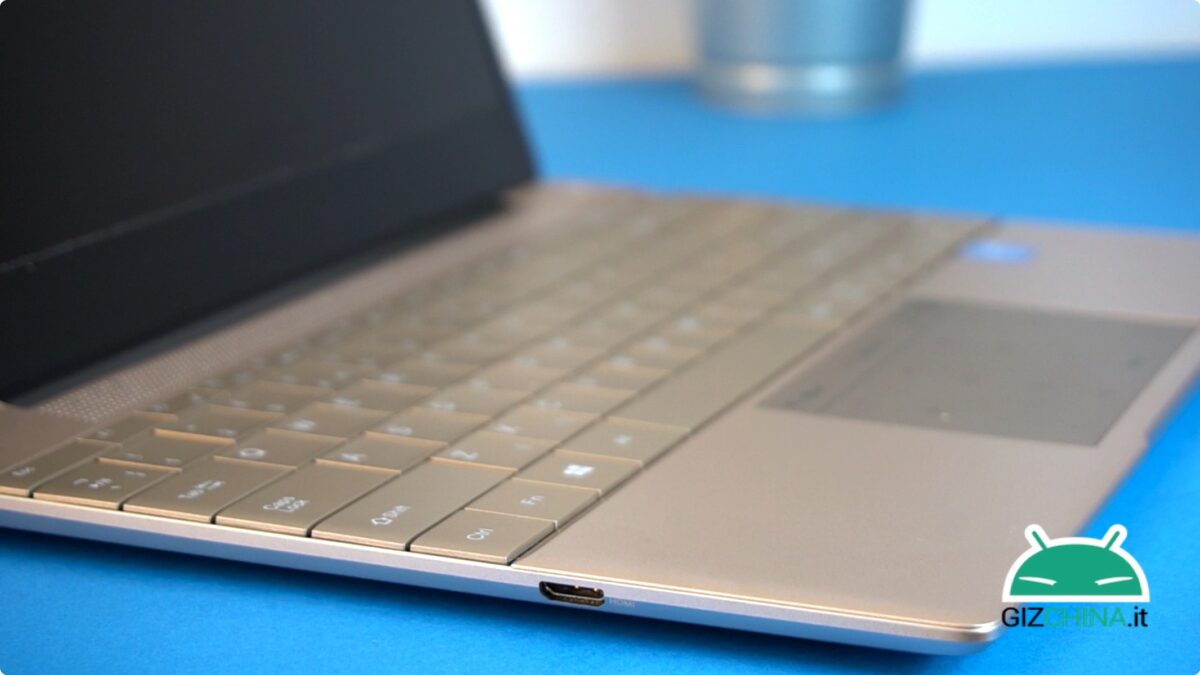 The fault, however, is clearly the notebook charger which connects via a traditional plug and which will require a wait of over 3 hours for a full charge. Charging which, unfortunately, cannot take place via the integrated USB-C port.

The real strength of this Kuu K2 is in the selling price. The company's new laptop is on sale at an official price of 309 euros, which with our coupon (which you can find below) could drop significantly below 290. And, let's be clear, it is a more than interesting price to take home a notebook made entirely of aluminum, with more than enough performance for use " normal ”on the computer. 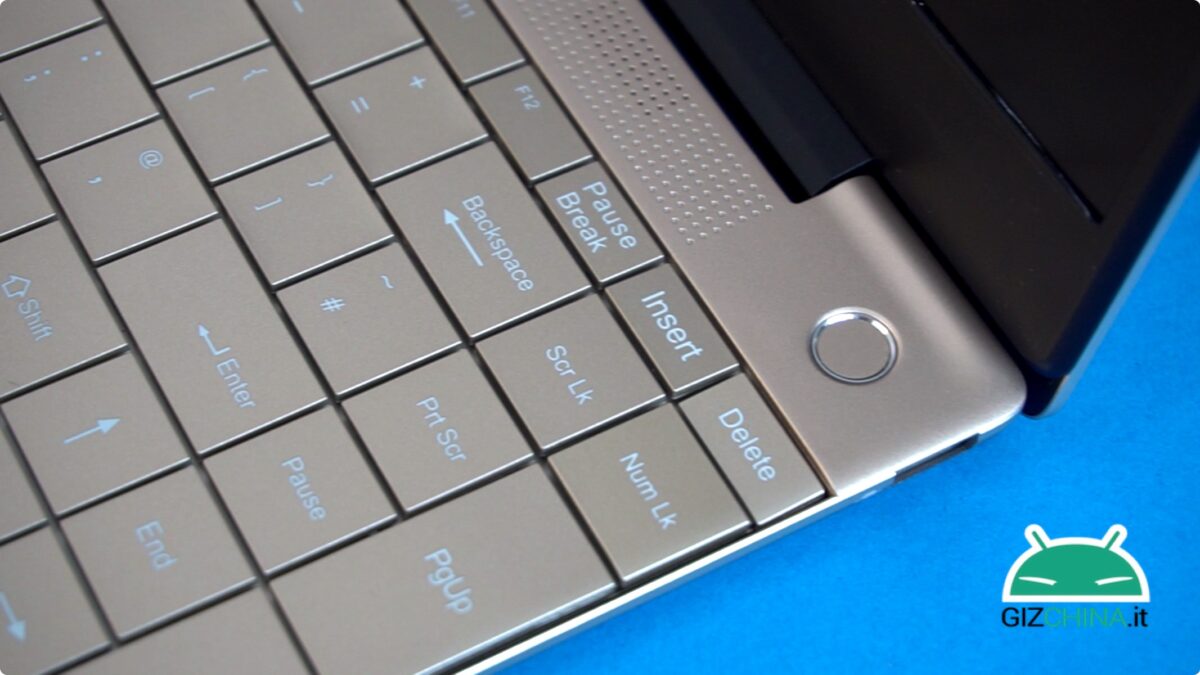 It is certainly not perfect and brings compromises, but it is the ideal solution for all those people looking for a cheap notebook, with which to perform productivity or leisure operations, and who do not have the slightest intention of paying out sums that often double the price of Kuu K2.

If you are looking for different alternatives, I recommend you take a look at our guide on best Chinese notebooks in which, monthly, we add the most interesting models with the best value for money in the category.

Gearbest.com
⭐️ Follow and support GizChina su Google News : click on the star to insert us in the favoritesi .

The vivo 6G concept still has smartphones as ...

Xiaomi Mi Band: new details on the function to measure the temperature ...