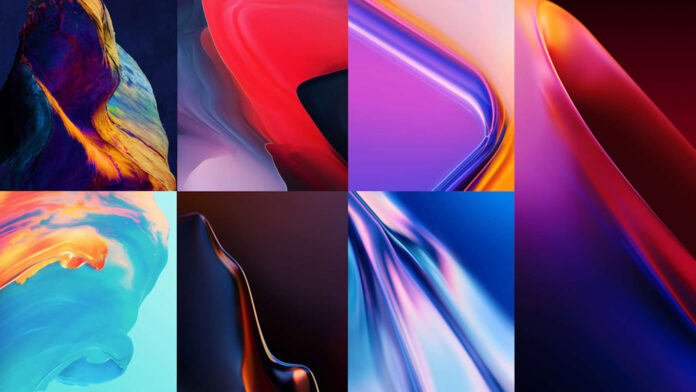 always OnePlus has a certain importance in the realization of the backgrounds for their smartphones. Not surprisingly he recently launched a creative contest to make your community participate in the theme. We take them for granted now, but wallpapers represent a key element in the everyday experience. They are the first thing we see when we turn on or the display and one of the last things we see when we go to sleep. The OnePlus staff has thus decided to retrace their footsteps, also explaining how the creation of this type of images works.

READ MORE:
Are you creative? Create a jacket for OnePlus and become a VIP

OnePlus traces its history through its official backgrounds

From the beginning of his OnePlus career, founder Pete Lau said: "Good design is like a piece of art". It was thus decided to root this concept in the corporate DNA, thanks to the work of Hampus Olsson. The Swedish artist has collaborated with OnePlus for the creation of wallpapers for his smartphones, a synergy that was born in 2015. Those were the times of OnePlus 2, a smartphone on which the legacy of the first historic killer flagship weighed. For this reason, a clean and sinuous look was chosen in which to weave more colors and recreate a unique style. The goal was to recreate the concept of gas, referring to the names of OXYGEN e HydrogenOS: the new UI debuted in place of the CyanogenMod that characterized OnePlus One. 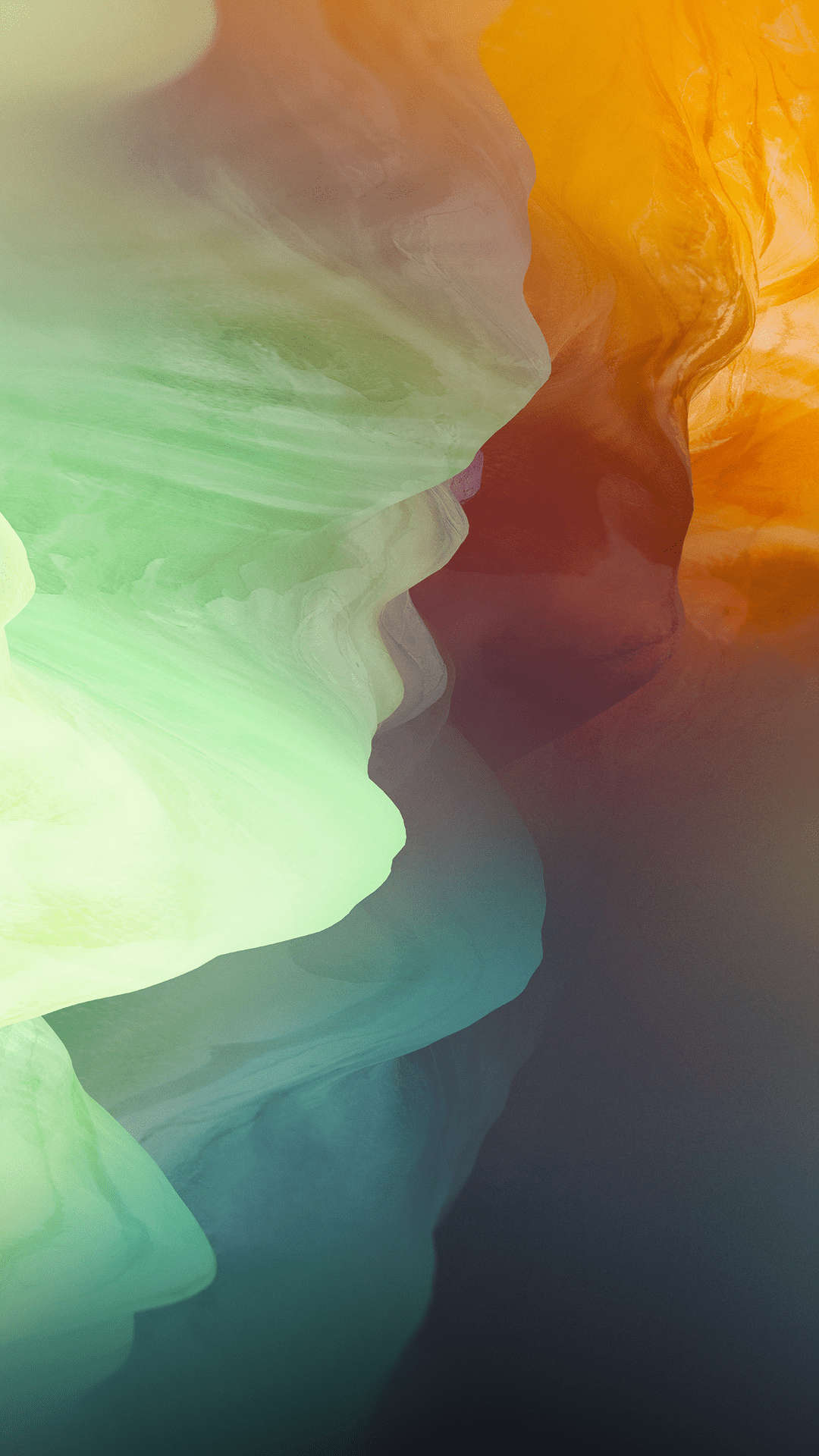 Along with it there was also OnePlus X, with which Hampus was inspired by oil painting. The result is an image with a metallic flavor, in the center of which the X symbol of the smartphone heads. 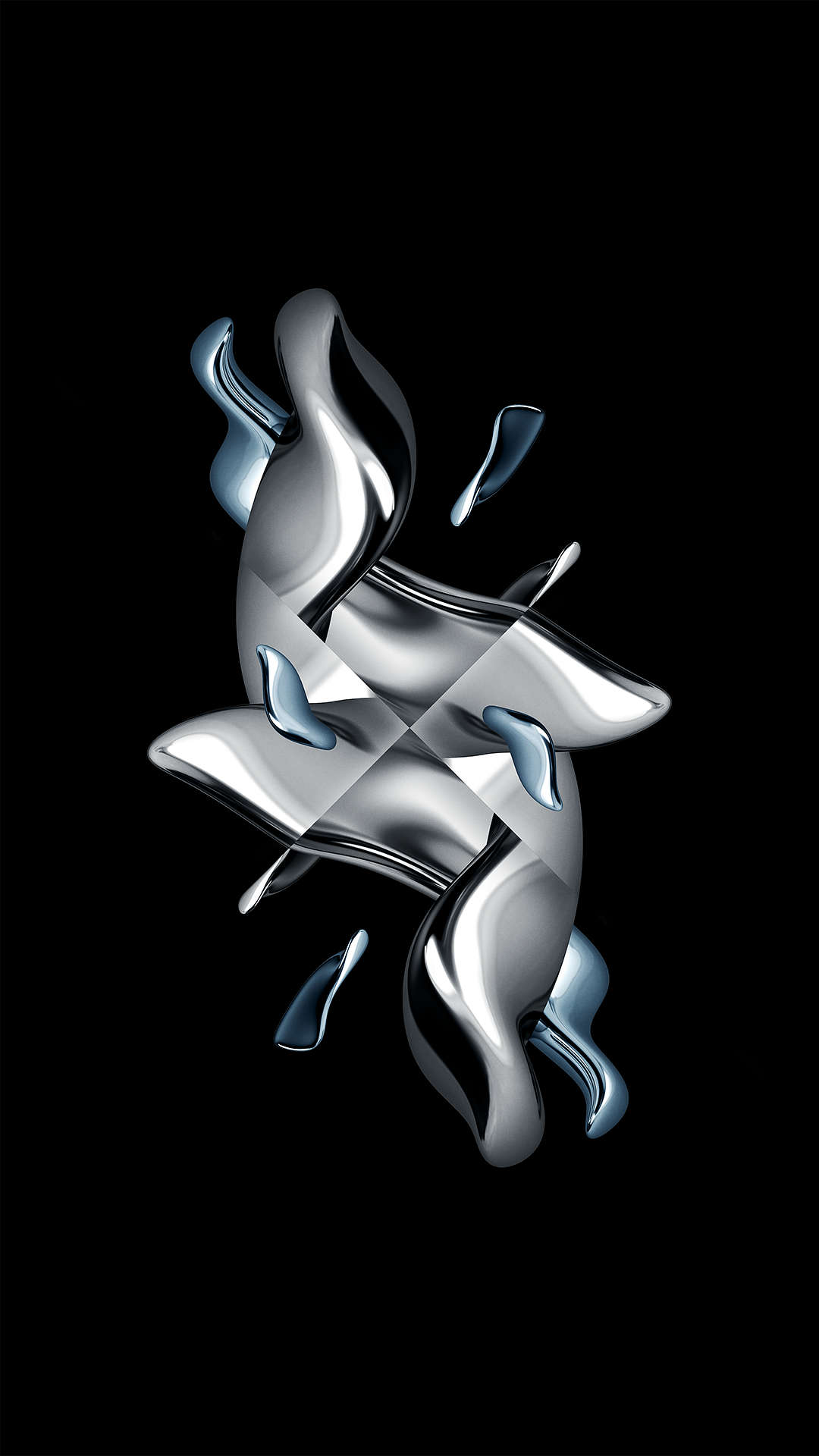 It passes in 2016 to OnePlus 3, whose reference background proves to be more eclectic, mixing analogical and digital techniques. To do this we used ink and acrylic resin to recreate the effect you see below, remodeled ad hoc through digital software. With OnePlus 3T everything has become softer, between abstract motifs and richer colors. 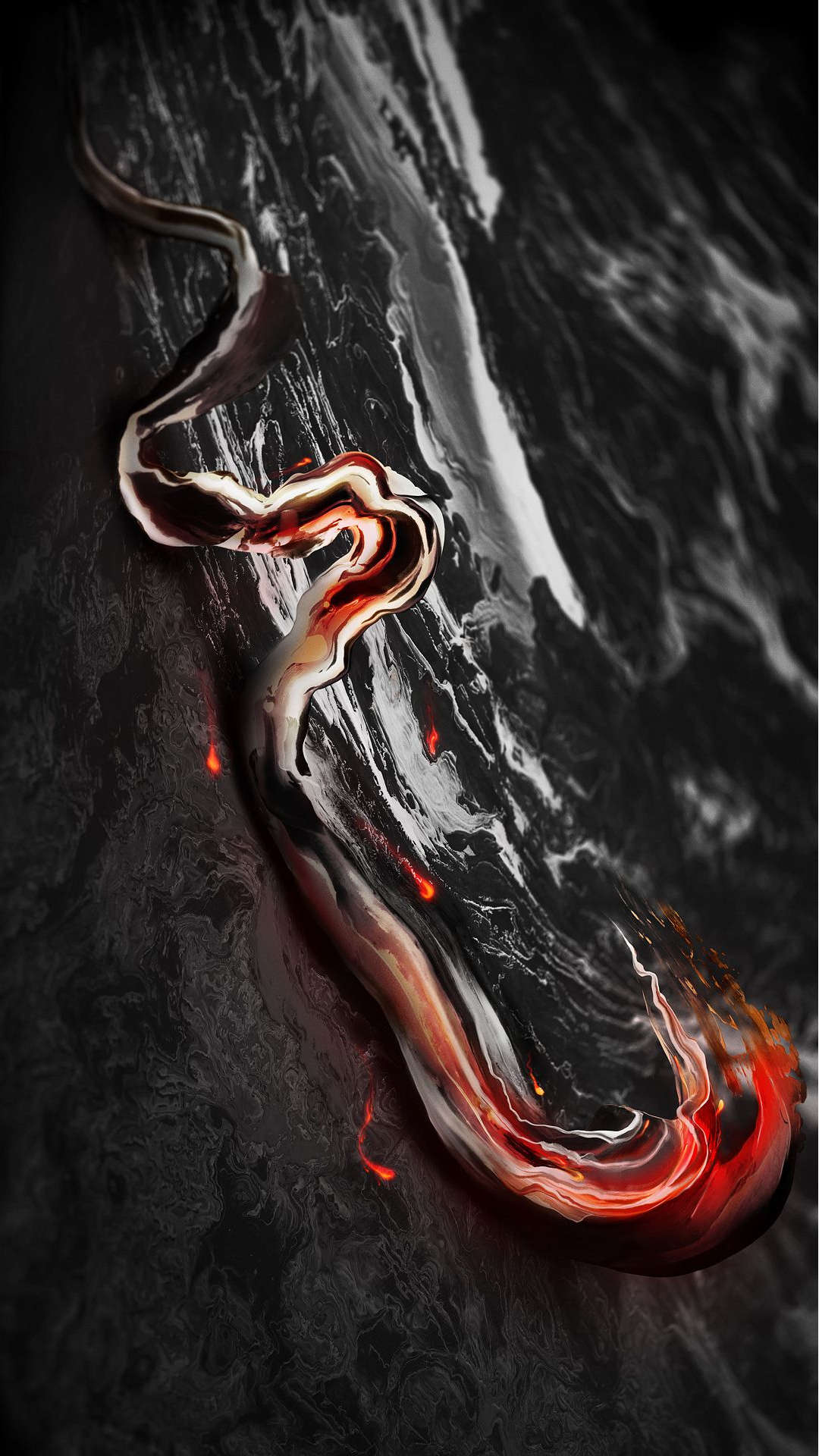 2017 is coming and, with it, OnePlus 5 and 5T. For the new smartphones Hampus preferred more dynamic and bright colors to give more prominence to the display. Also because OnePlus 5T was one of the first in the wave of screens 18:9 which now represent a normality.

In the 2018 comes OnePlus 6 and its even more full-screen look. It was decided to return to a more minimal and fluid approach, in order to return a more harmonious atmosphere. To help out, they also thought dynamic backgrounds, a new technology of OnePlus 6T to make backgrounds even more interesting and less static.

With the advent of the series OnePlus 7 the concept of speed was best expressed and for this reason the movement of the clouds was inspiring. Their being "without borders", the whirlwind during the beginning and end of the storm resumes this, expressing the sense of abstract and / or controlled speed. In this demo it is interesting to analyze how a background is sectioned to the centimeter. The evaluation team marks what is good and what is not, based on the philosophy you want to embrace. 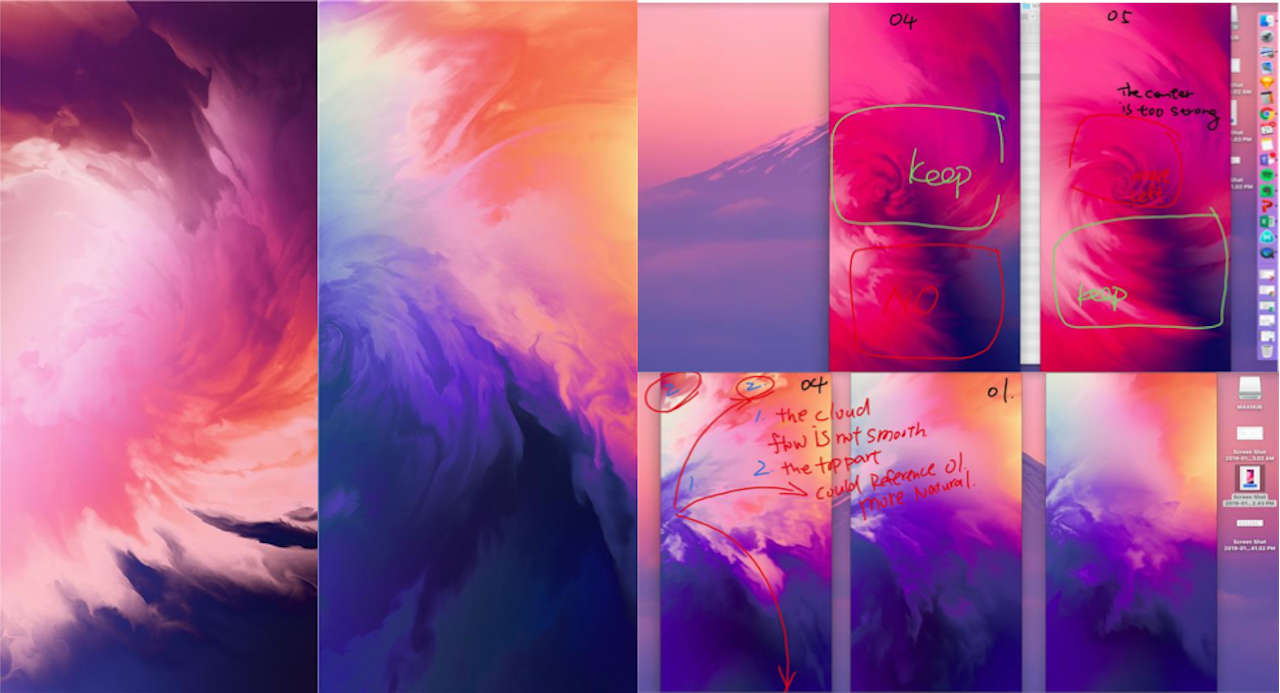 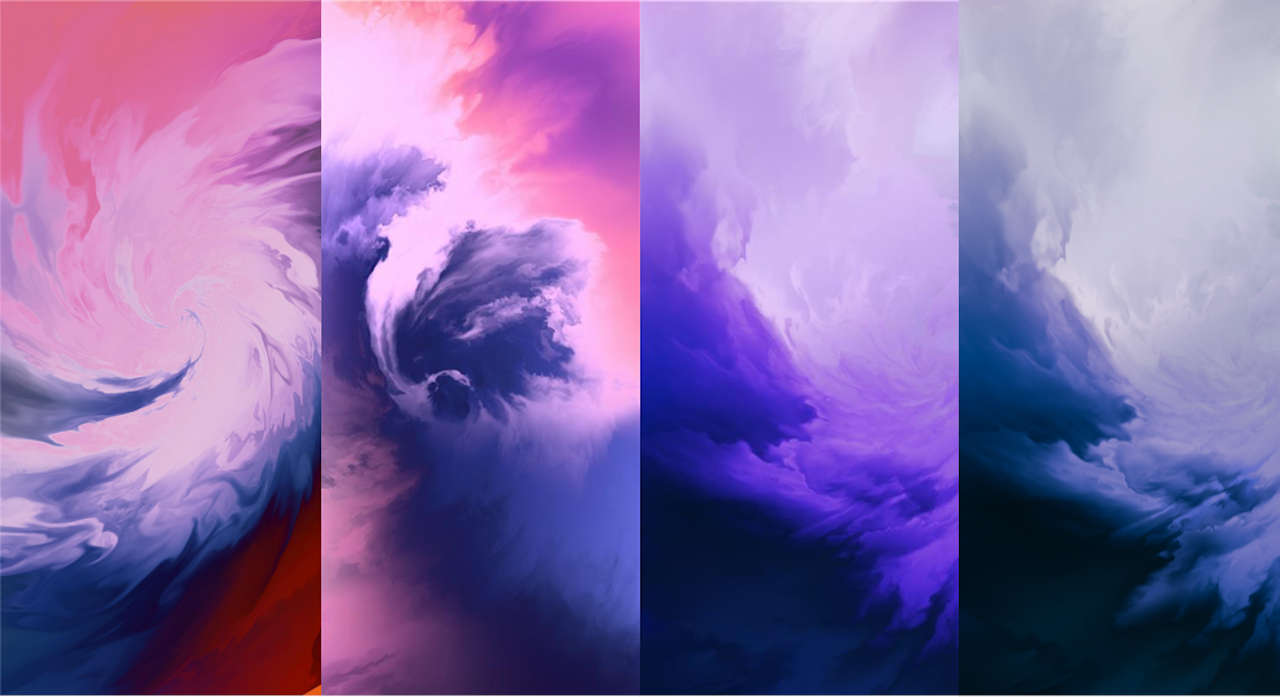 OnePlus 7T The OnePlus design team collaborated with Onformative, a German seminar dedicated to digital arts. This cooperation allowed to exploit the OpenGL graphic libraries for a better interaction with the backgrounds.

We conclude with the current series OnePlus 8, whose backgrounds are able to change based on weather conditions. Depending on how the weather changes, the color temperature is changed, making the background even more dynamic. In addition, the 120 Hz panel made it possible for designers to take advantage of this parameter to make interaction with the UI more fluid than ever.

If you liked them, all the backgrounds in the article you find them uncompressed at this link. We remind you that there is also an official Hampus Olsson app that allows you to have access to all the wallpapers he created.