The golden days for LeTV they now seem abundantly behind. The manufacturer of Smart TV and also branded smartphones LeEco, at least until 2017, has sold all of its registered trademarks in Chinabeyond 1300, for a figure of around 131 million yuan (approx 16.5 million euro). Will it be the definitive tombstone, or any assumption of rebirth through other manufacturers? 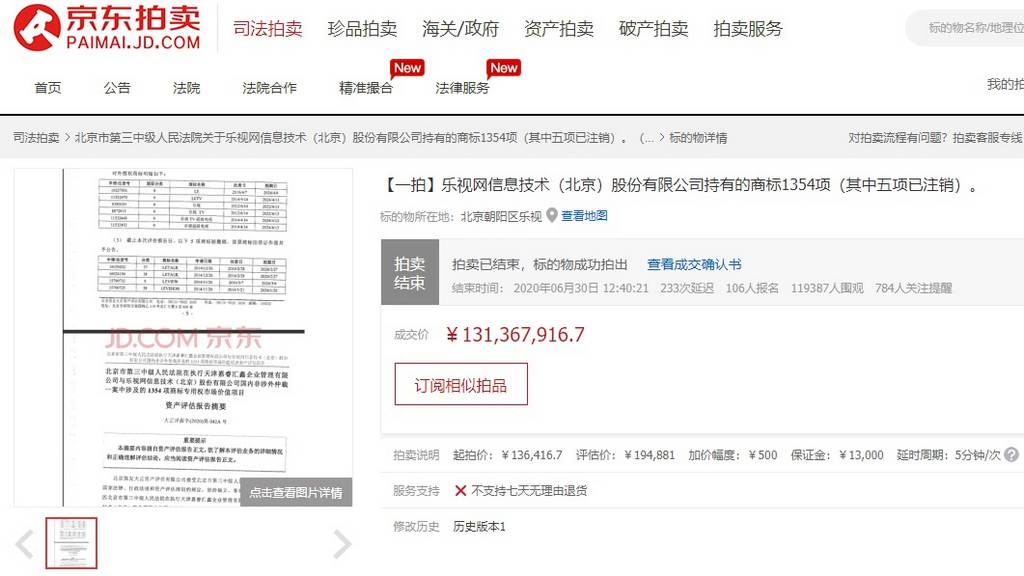 The bankruptcy auction in which all trademarks registered in China by LeTV Information Technology in Beijing, about 1354, was hosted by Jingdong (JD.com), which some time ago he hoped for the complete purchase of the brand. The price to the starting point of each registered trademark was approximately 136.000 yuan (approx 17.000€). Among these, the most important such as “Letv TV" and "LeTV Super TV"(So those going to Smart TV) had a base rating of over 190.000 RMB (roughly 24.000€). Of these brands, unfortunately 5 have been lost forever, but we are not aware of what they are.

But how much he got LeTV from this auction? According to estimates, the sale of all registered trademarks produced a considerable figure of 131 million yuan, which, as mentioned above, corresponds to approximately 16.5 million euro. We do not know if this could be the definitive farewell to the concept of LeTV, or there may be glimmers for a rebrand, as happened with Sharp, Nokia and many other "resurrected" brands.