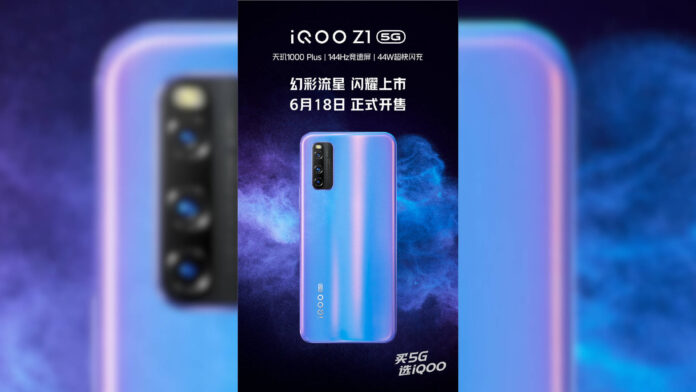 Waiting for a confirmation about the model 3 Pro – maybe coming with the Snapdragon 865+ SoC - Vivo continues to focus on the range with a new version of iQOO Z1 5G, in coloring Symphony Meteor. Sales will start in a few days but one detail is missing: what will the device look like?

17 / 06 Update: the new coloring is shown in an official image. Find all the details at the bottom of the article. 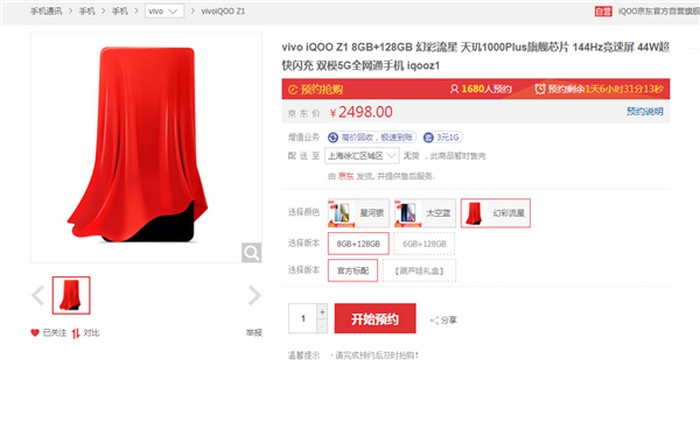 For the launch event di iQOO Z1 5G the company anticipated the presence of three colors: Space blue, Galaxy Silver and Symphony Meteor. However, only the first two made their sales debut while the third was put on standby for quite a while. After about a month, the variant has popped up on the JB store, in the configuration from 8 / 128 GB and proposed at the price of 2.498 yuan, approximately 312€ at the current exchange rate. Sales will start on June 18, the date on which the look of the back cover will also be revealed.

Obviously the design will remain unchanged but the color of the shell will change. Given the privacy it could be something very particular, perhaps in a "rain of stars" style, certainly not a novelty for Vivo.

For those who need a recap, iQOO Z1 5G it is the first smartphone equipped with the SoC Dimension 1000+. The device is equipped with a 6.57 ″ Full HD + IPS display with a hole for the selfie camera; it is also a panel with 144 Hz refresh rate. A 4.500 mAh battery with 44W recharge, a double speaker, Cooling Turbo cooling and a triple camera with 48 MP main sensor complete the picture. 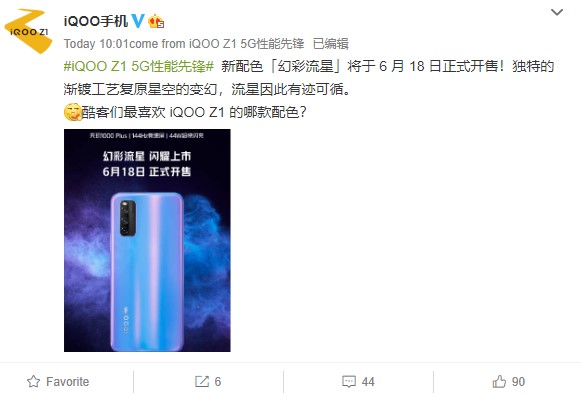 The Chinese company has released the first image dedicated to the Symphony Meteor coloring of iQOO Z1. According to what reported on Weibo, the cover was made with a particular process, which returns various shades that remind us a starry sky. Likely that you will have to take a look at the first live images to get a clear idea.

From the poster the first impact is not particularly exciting since we were expecting something similar to Vivo X3 Symphony Edition or I live NEX Purple Star Trail. Unlike these two colors, the one dedicated to iQOO Z1 seems much more canonical. We'll see if the final effect will be something else entirely!