Huawei a troubled period is passing and it is there for all to see. Since when the USA renewed the ban it all got worse, going from not being able to use Google services to not being able to have the chips produced by TSMC anymore. If we will see the consequences of the latter in the future, we have already seen the former, with a drop in sales in the west. To this already delicate situation we also add the economic consequences deriving from Coronavirus and we have a pretty critical picture. It would be thought, therefore, that the commercial performance is not the best, putting Huawei in a disadvantageous situation.

The reality of the facts is instead quite different, as the management of Counterpoint Research. Covid-19 has severely tested the market in China, the country where the viral crisis first broke out. But it is precisely in the motherland that Huawei has done the unthinkable, revealing itself the only company to be positive.

READ MORE:
Huawei and Honor: the Immuni app returns to work for everyone

Huawei has overtaken Samsung in the smartphone market, but only for poco 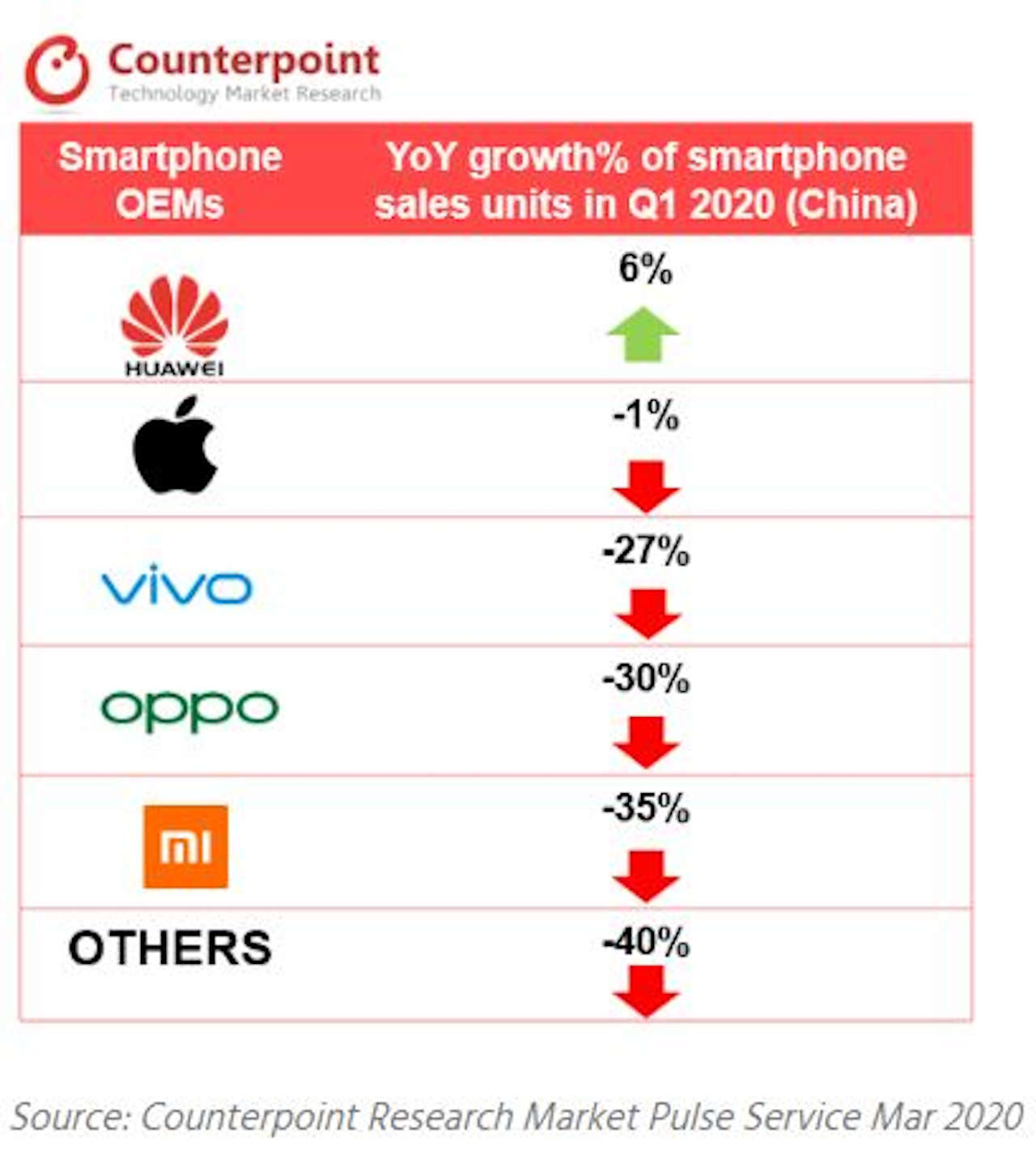 On the strength of this result, Huawei's performance has found a balance: growth in China has compensated for the decrease in the West. Considering that other manufacturers have suffered economic losses all over the world and not only in some areas, here for Huawei the results have been positive and almost beyond all expectations. 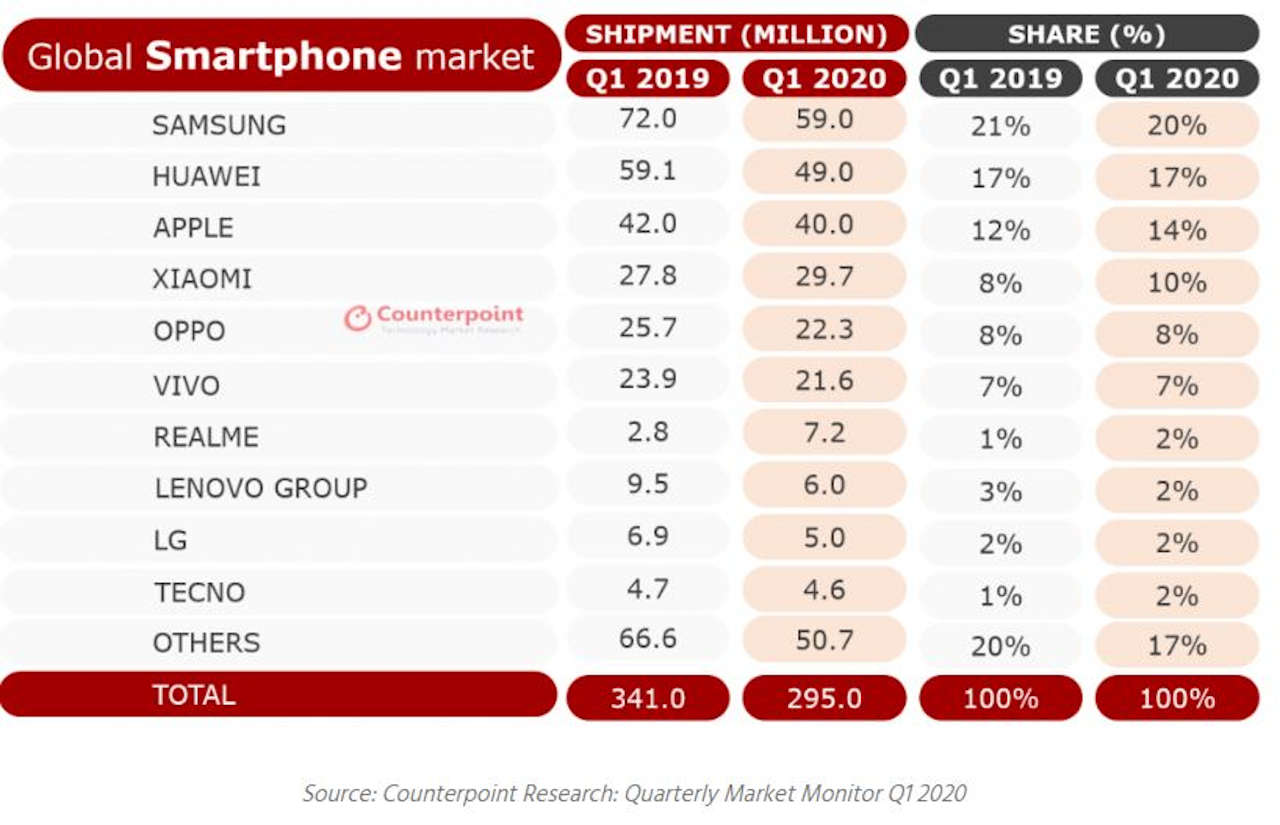 Taking into consideration the Q1 2020, the data brought to light by Counterpoint Research place Huawei in second place in the global ranking. The market share sees it at 17%, below only Samsung and its slightly down 20%. This is already a remarkable result, given the difficulties encountered above. But the real surprise would be in the month of April 2020, with Huawei that would have succeeded in the feat that no one expected, in light of what happened with the USA.

Pending official public data, Neil Shah, vice president of Counterpoint's research center, is reported to have said that Huawei would have conquered the first place. Market shares would have risen to 19%, managing to surpass rival Samsung and its 17% for the first time. However, it is pointed out that this milestone has been reached for a short period of time, therefore it is possible that it has already returned to second place. To understand more we will have to wait for the results relating to Q2 2020, arriving in late June / early July.