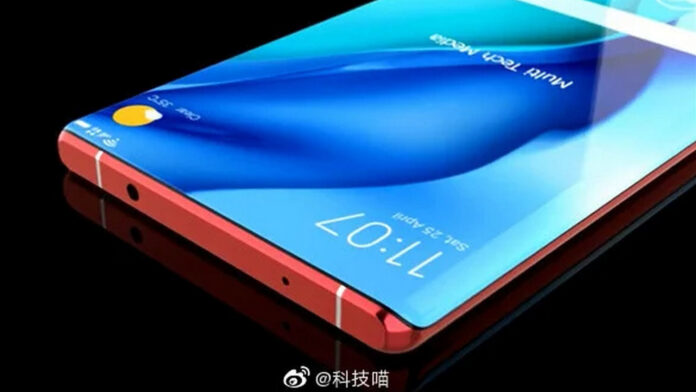 As we proceed in the second half of the year the rumors about the future series Huawei Mate 40 they are becoming more insistent. The top of the range will have a panel on its side super curved and ultra thin, most likely a solution borrowed from P40 Pro, even if real leaks continue to bet on a display a 120 Hz. In short, at present there are various discrepancies, yet the latest report from China seems to have the answer to one of the most pungent questions: the top of the range will have a camera under the display?

Huawei Mate 40 will not have a camera under the display 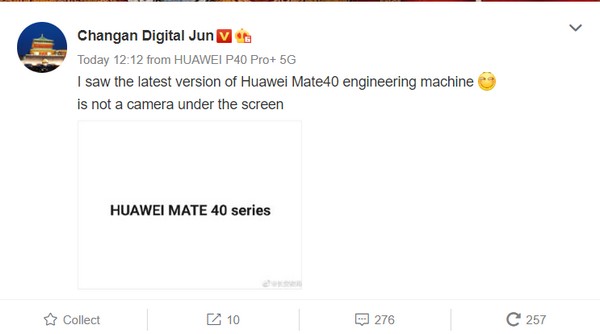 According to a well-known Chinese leaker, the Huawei Mate 40 series will not adopt a camera under the display. According to what we read, the leaker in question would finally have its eyes on the new models, being able to "confirm" the absence of this feature. Obviously the last word is always up to the Chinese giant and we will see if there will be surprises in this regard.

That of the selfie camera integrated in the display is certainly a thorny issue it is not the first time that we talk about it related to Huawei Mate 40. Tuttavia, also thanks to some patents, it was preferred to lean towards quite different hypotheses. Despite the new Visionox solution ready to debut, it seems that Huawei is not willing to focus on this technology, at least for the moment.

The latest rumors refer to an agreement between the Chinese tech giant and Visionox, but it remains to be seen how things will evolve. In the meantime, other brands are also working in this direction: the cases of Xiaomi e OPPO, although it seems that 2020 will result in nothing done.