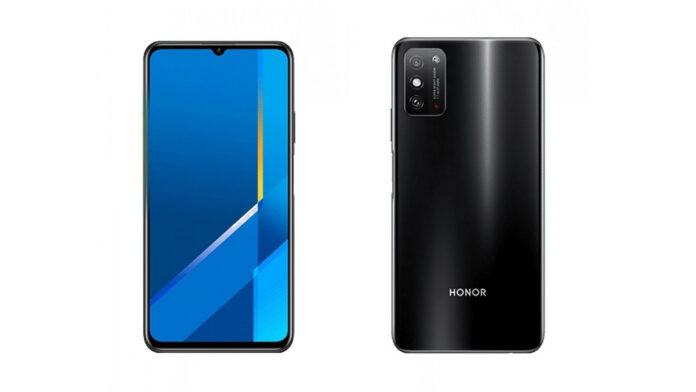 Although colossal smartphones represent models dedicated to a niche of users, the Chinese company has already launched various devices of this kind (such as 8X Max), promising that more would come. In short, George Zhao's company has not given up and just recently confirmed the arrival di Honor X10 Max, equipped with a panel of over 7 ″ diagonal.

30 / 06 Update: the first rumors about the sale price also appear. Find all the details at the end of the article.

Update 29/06: the Chinese company confirms the battery of the device, in line with its maxi display.

Update 28/06: more live photos arrive, as well as a benchmark run on GeekBench.

Update 24/06: the device has been certified by TENAA.

Update 23/06: the smartphone also appears in a short hands-on video.

Update 22/06: the company has announced the release date of the new model. Also comes a leak with all (or almost all) of the specification details.

Honor X10 Max in the first image, with a colossal and full screen display 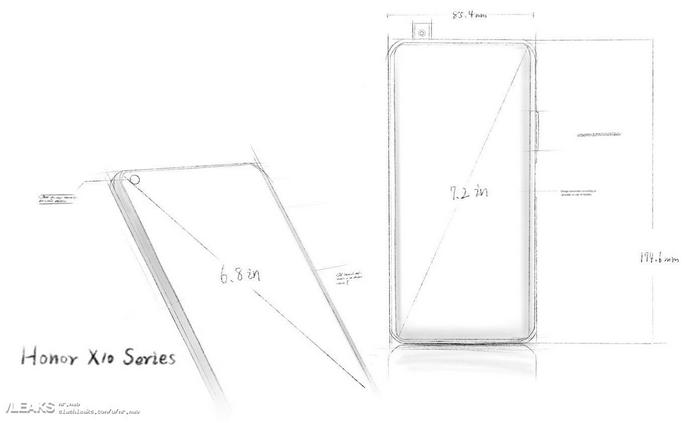 The image you see above shows some sketches dedicated to the X10 series, with a device equipped with a 7.2 ″ full-screen panel with a selfie camera pop-up. The base model was launched in May in China, with a "content" display, from 6.63 ". Obviously the upper part has a retractable camera, leaving foretaste great things for the future of the family. In fact, a live shot published on Chinese social networks shows an alleged promotional image dedicated to Honor X10 Max.

This refers to a smartphone from the display of over 7 ", a device with a soul devoted to 5G. In addition, we are shown the front of the device, leaving a glimpse of a panel without notches or holes, a sign that we will have a pop-up camera mounted along the upper edge. In addition, the poster is clear: it will be the only 5G model equipped with a panel of this size. Will it really be like this or will some other manufacturer follow Honor closely?

We look forward to further news on Honor X10 Max, especially regarding the rest of the specs. In the meantime, the X10 Pro model seems to have been certified by TENAA with many details on the design and technical data sheet (you find them here). 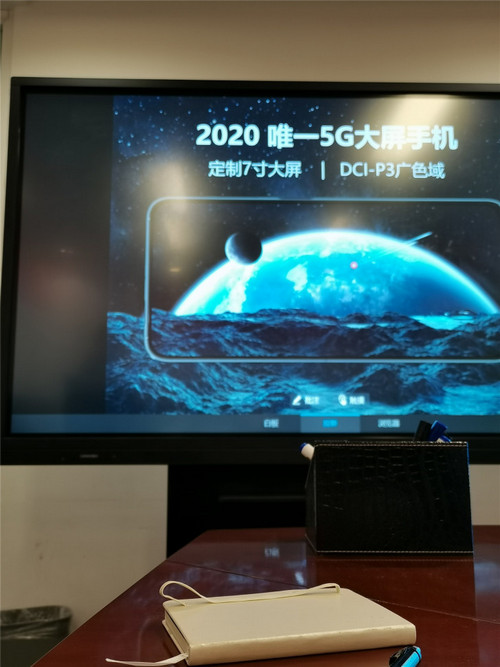 The image leaked a few hours ago showed us what the colossal front panel of should be Honor X10 Max. The rumors about the device continue with a new leak from Weibo, with the first details on the release date. According to what revealed by the leaker in question the "giant" smartphone will be launched in early July and he will not be alone: ​​it seems that the company is also planning the debut of Honor 30 Youth Edition.

It should be the model Lite spotted on the TENAA portal some time ago e protagonist of various indiscretions which see the launch in late June / early July. The leaker also has it for the model X10 Pro: at the moment it seems that the Chinese company does not yet have clear ideas about the device and the release period. 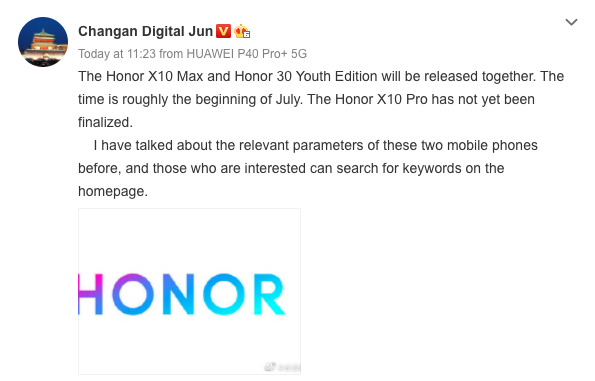 Only a photo of Honor X10 Max was missing. The preview shot reveals the smartphone but partially, not showing it in its entirety. In the image we see part of the display, especially the notch in the center, in addition to the side frame. From this we understand the Blue color, a fairly low thickness and the positioning of the SIM slot. This goes against what was previously leaked, given that it was speculated that the smartphone would be full screen and pop-up camera. 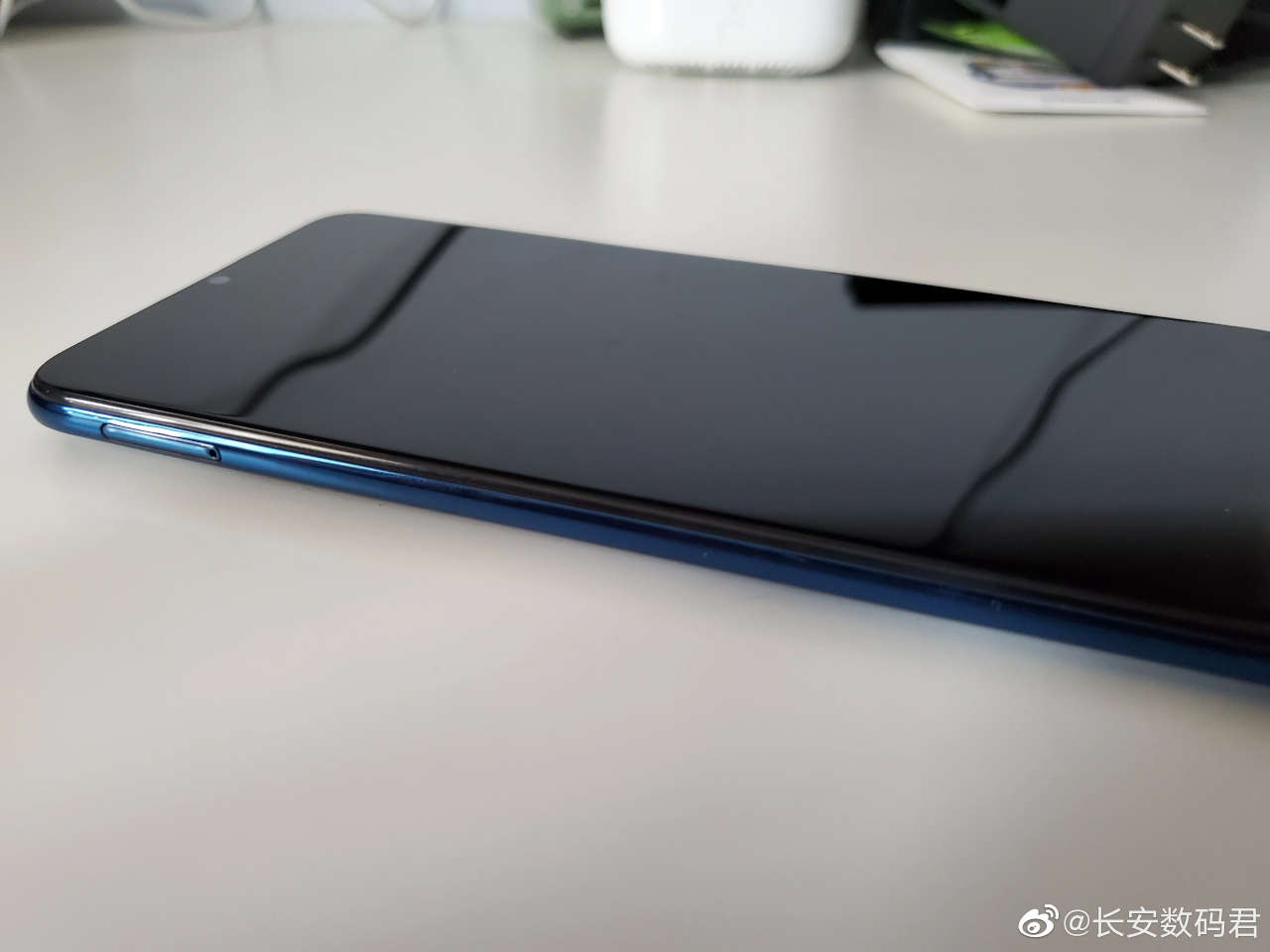 After the first live image, the Chinese company also confirms the front design of its giant. Honor X10 Max will adopt a panel with a drop notch, but this is not the only confirmation: the release date is set for the 2 July. Unfortunately no other specifications have been confirmed and for now the only certainties are represented by the presence of a display particolarmente generous (about 7 ″) and support to 5G. 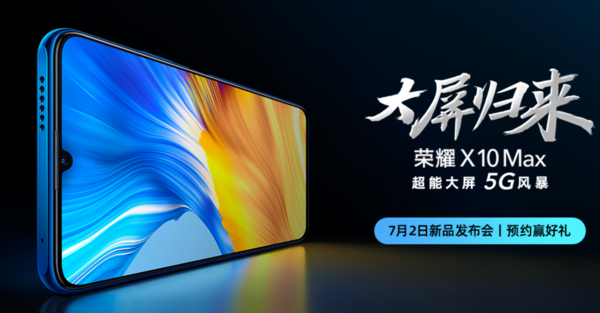 First details on the specifications

The Chinese leaker Digital Chat Station published the specification sheet for Honor X10 Max, with all the details of the device. Obviously this is information to be taken as simple indiscretions, at least until the official confirmation by the brand. The device will come with a panel from 7.09 ", with resolution Full HD + (2280 x 1080 pixels) and a drop notch.

Inside the notch we will have a selfie camera 8 MP while the back cover will host a main module from 48 MP (we still don't know how many sensors there will be). Autonomy side we will have a large unit from 5.000 mAh, with quick charge from 22.5W. The dimensions of the smartphone are 174.46 x 84.91 x 8.3 mm, for a weight of 227 grams, while the real surprise will be under the shell: the leaker reports the presence of the SoC MediaTek MT6873, or the Dimensity 800 5G. As for the software part, it will not be missing Android 10, in the form of Magic UI 3.3.1. 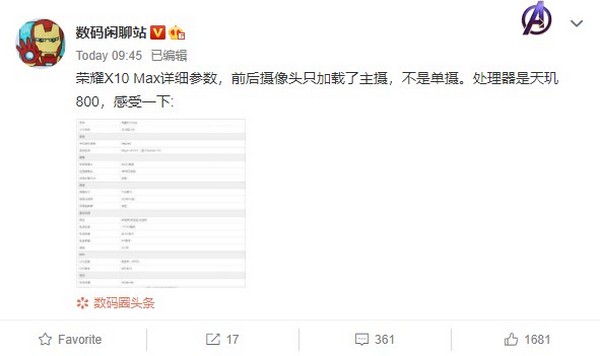 The launch of the new smartphone of the Chinese brand is scheduled for July 2 and after having found a good part of the specifications we now move on to the sightings live. In another you find a hands-on video in which the 7.09 ″ display of Honor X10 Max is placed in direct sunlight.

The panel and images remain visible, as can be seen directly from the clip. The reason? The smartphone adopts a display RGBW: this is a brighter solution than the classic screens. If you are worried about autonomy, do not worry because the giant will have a 5.000 mAh unit on board.

The TENAA portal has published images and specifications of the Chinese company's new smartphone: even if the name of the device is not specified, it is decidedly clear that it is Honor X10 Max ... given the presence of a display of over 7 ″! Below are all the details from the Chinese certification body.

Between official and non-official images, videos and so on, we now have an almost completely clear picture about the smartphone. We just have to wait for some certainty on the SoC and details on the sale price. In the meantime, we remind you that the debut is set for the 2 July at home.

After the precedents live shots, they arrive Other pictures that illustrate us in more detail Honor X10 Max. These photos reveal a very interesting detail, or how it will be implemented stereo speaker.

Given the large size, the manufacturer adopts a double grid, above and below, to assist audio propagation. Furthermore, not being a top of the range, the X10 Max can also boast the presence of an entrance mini-jack by 3,5 mm. 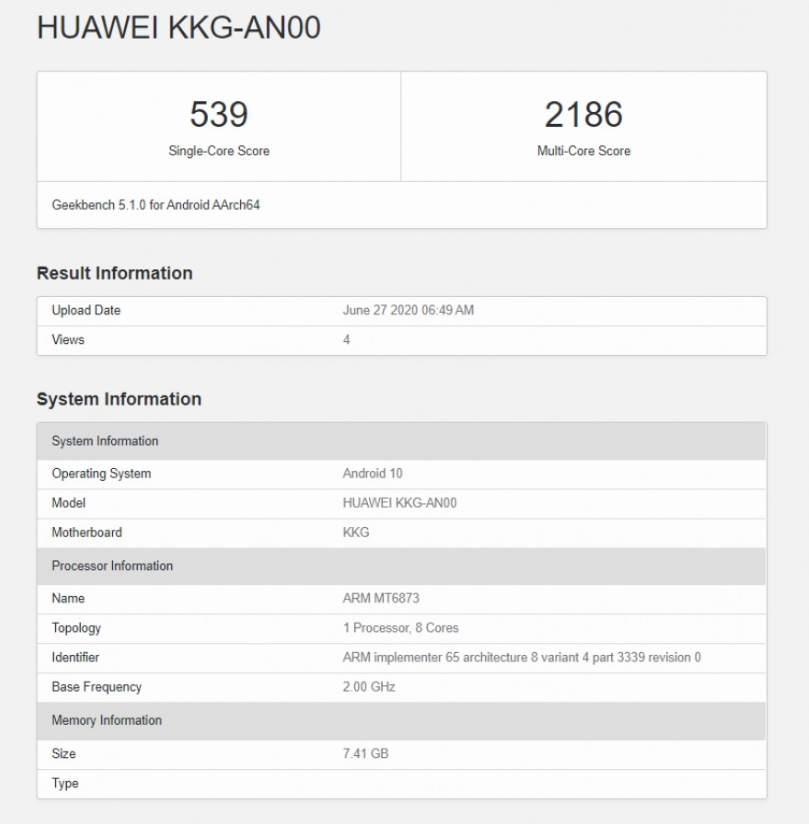 To conclude the leak today is the portal of GeekBench, in whose database A Huawei KKG-AN00 benchmark has appeared. In the test in question we see the power expressed by the MediaTek Dimensity 800, coupled with 8 GB of RAM. 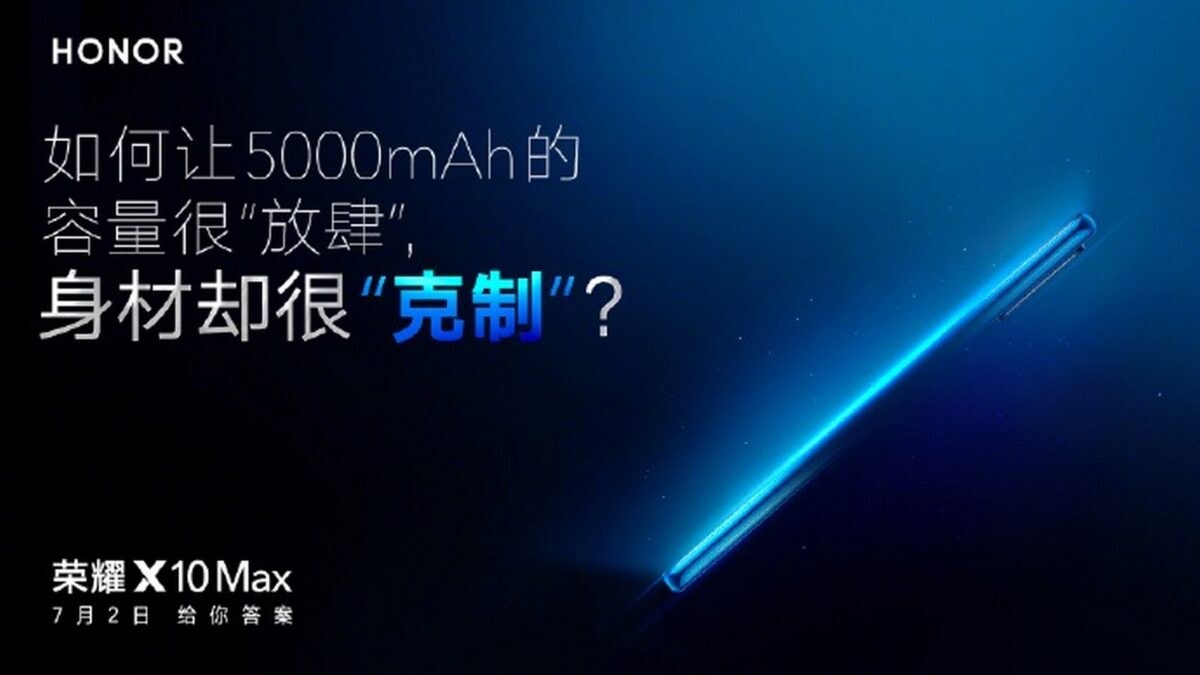 Through a new teaser poster dedicated to its maxi smartphone, the Chinese company has confirmed that Honor X10 Max will have a battery from its 5.000 mAh, in line with previous rumors. The image shows the profile of the smartphone, probably in reference to its contained thickness. Thanks to the TENAA certification, we know that the body of the smartphone will be 8.3 mm thick and will weigh 227 grams.

What do you think of the new giant arriving on 2 July? Would you buy it? You are nostalgic for We are MAX 3 or are you missing the 5 ″ display times? Let us know in the comments!

China Telecom has released the specifications page dedicated to the colossal new smartphone Honor X10 Max, with yet another confirmation of what was revealed by TENAA. The most interesting thing is the images of the smartphone, which is shown to us at 360 ° in the form of a render, and the first details regarding the price.