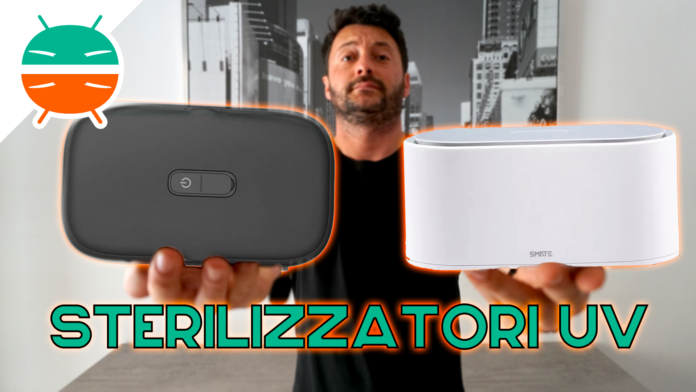 That Xiaomi know one more than the devil, it is now a fact. And that the Chinese company is one of the brands that has most managed to create an ecosystem of products is another indisputable truth. But he did it differently and not by associating them all with a single brand, but by creating and collaborating many "satellite" companies with which he started the production of devices of such different categories that one could even lose count.

And it is also one of these companies that we will talk about today: it is called EUE, it is a small company that relies on Xiaomi for the sale of its products (often sponsored on. Youpin), and we could say that it produces a sort of "antivirus" . And no, we are not talking about an antivirus software for smartphones, but about real ones devices capable of destroying viruses and bacteria from objects and smartphones which, coincidentally, presented last March (that is, in full alarm from Covid-19).

Review of UV sterilizers for smartphones and Xiaomi objects

Today will be a rather atypical review. Why on earth in my career would I have thought of finding myself testing two UV sterilizers for smartphones and objects. And I admit that, in fact, I found myself rather in difficulty in being able to find a way in which to explain their functioning and their usefulness.

La UV sterilization it is not a new concept, on the contrary. For decades now, it has been used in the most disparate areas to sanitize environments and objects and is a method capable of guaranteeing an efficiency level of around 99,9%.

La germicidal ultraviolet sterilization it is divided into several categories, and the bulbs generally used in UV sterilizers for smartphones and objects are category C (for this reason the rays emitted are called UV-C) and are capable of emitting rays characterized by a very long wavelength short, capable of causing molecular mutations on the DNA and RNA of pathogens, killing them or making them substantially harmless.

And if you are wondering if UV sterilizers for smartphones and objects are also effective against Covid-19, the answer is that it is not known yet. Or rather, to date there are no official studies that certify its effectiveness, but UV-C rays have been shown to be functional on pathogens very similar to SARS-CoV-2, such as MERS and SARS.

There are two devices we will talk about today: lo Smate White UV Led, a universal UV sterilizer for objects, and a model smaller and travel specifically designed to sterilize smartphones.

Basically, despite being devices with the same nature but born with a different purpose, the contents of the packs are very similar: powered by current, the Smate White UV it is sold together with its power supply, while the sUV terilizer for Xiaomi smartphones it is sold together with a microUSB cable with which the integrated battery can be recharged.

Lo UV sterilizer for Xiaomi smartphones it is a sort of case, but slightly different from what we are used to: it is rectangular, it "widens" thanks to a superior silicone structure and closes with a zip that must be connected to a magnetic surface to make it work: if the zip is not closed correctly, the device will not turn on to avoid causing damage to the user. 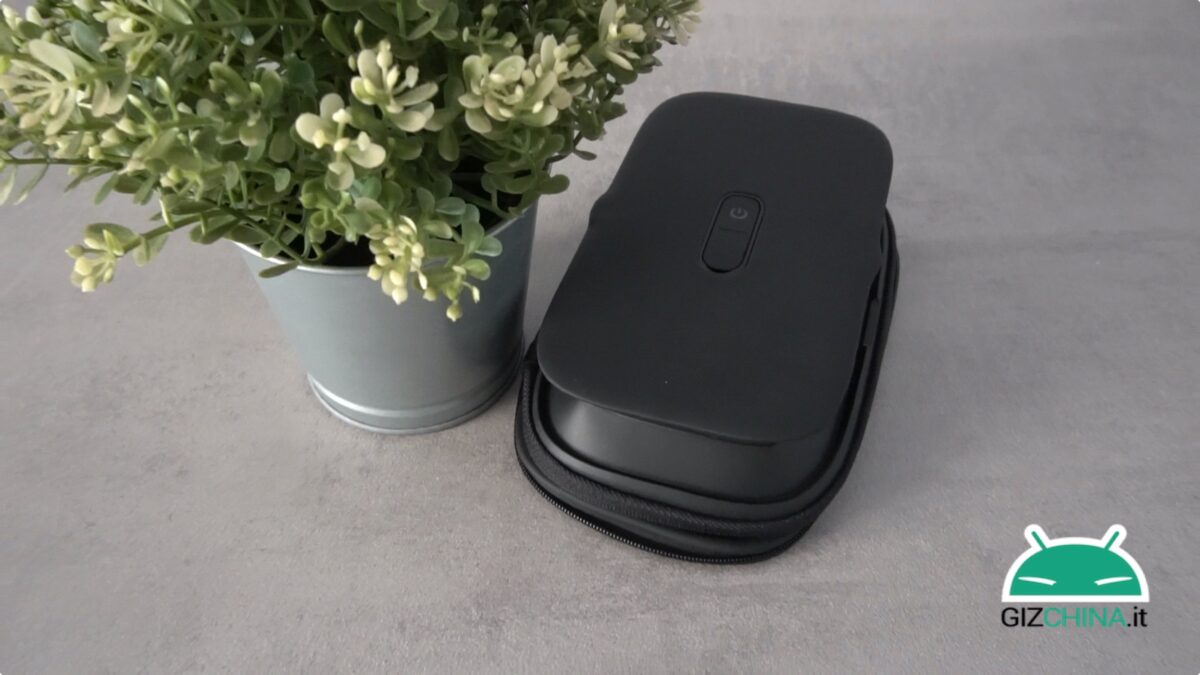 At the top there is a power button and a microUSB input with which you can recharge the 560 mAh battery which should guarantee approximately 70 cleaning and which recharge in about 3 hours. 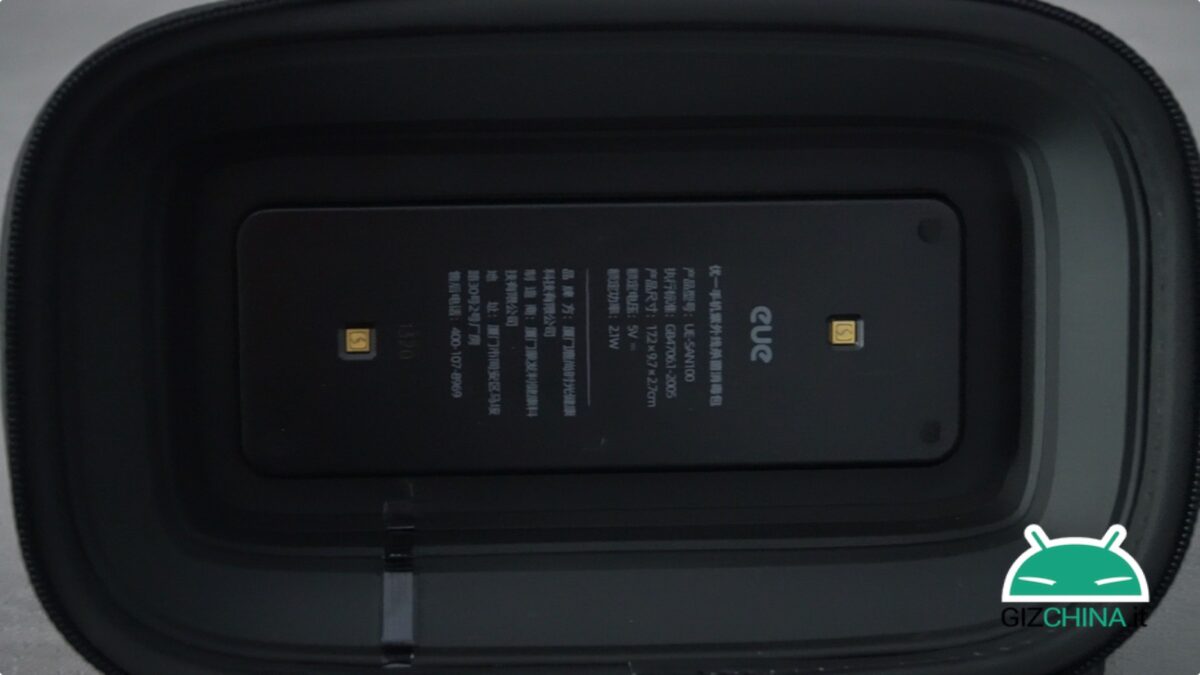 The UV-C LEDs are positioned at the top, and once positioned, the device only needs to press the power button and wait for it to stop flashing (the cleaning process takes 30 seconds). Given the positioning of the LEDs, it is important to perform the procedure twice, once on each side of the smartphone. 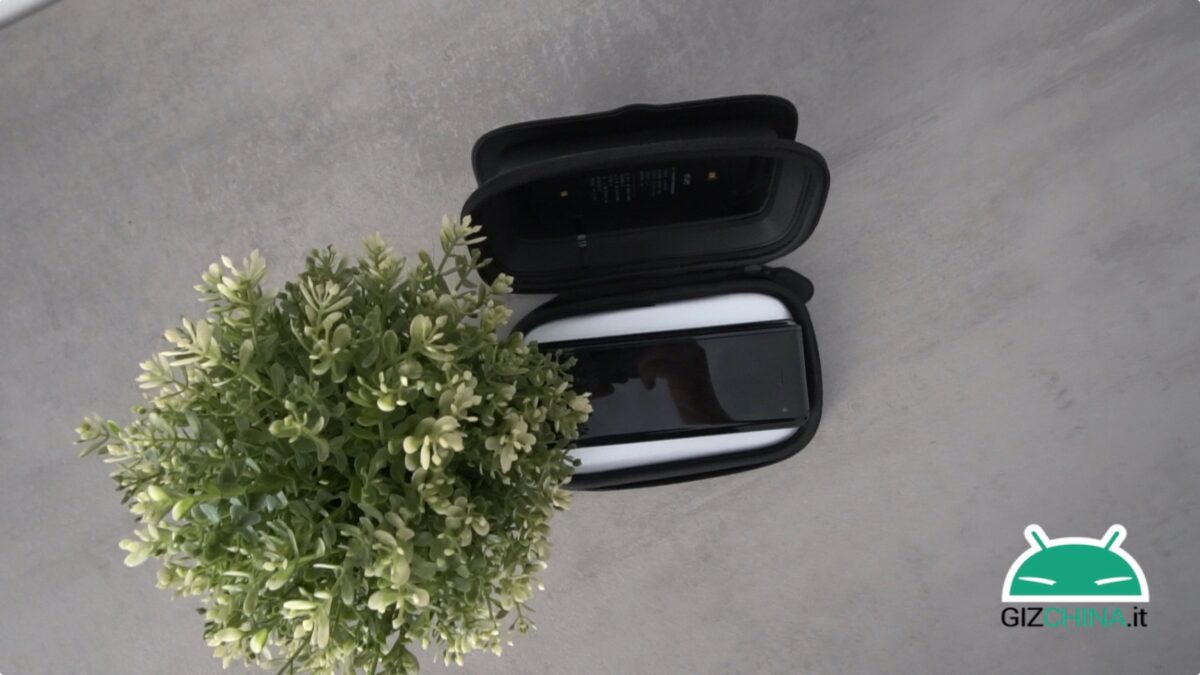 The dimensions are of 172 x 97 x 27 mm, which makes the Xiaomi UV smartphone sterilizer suitable for the sterilization of other objects too, such as sunglasses, keys, earphones and so on. 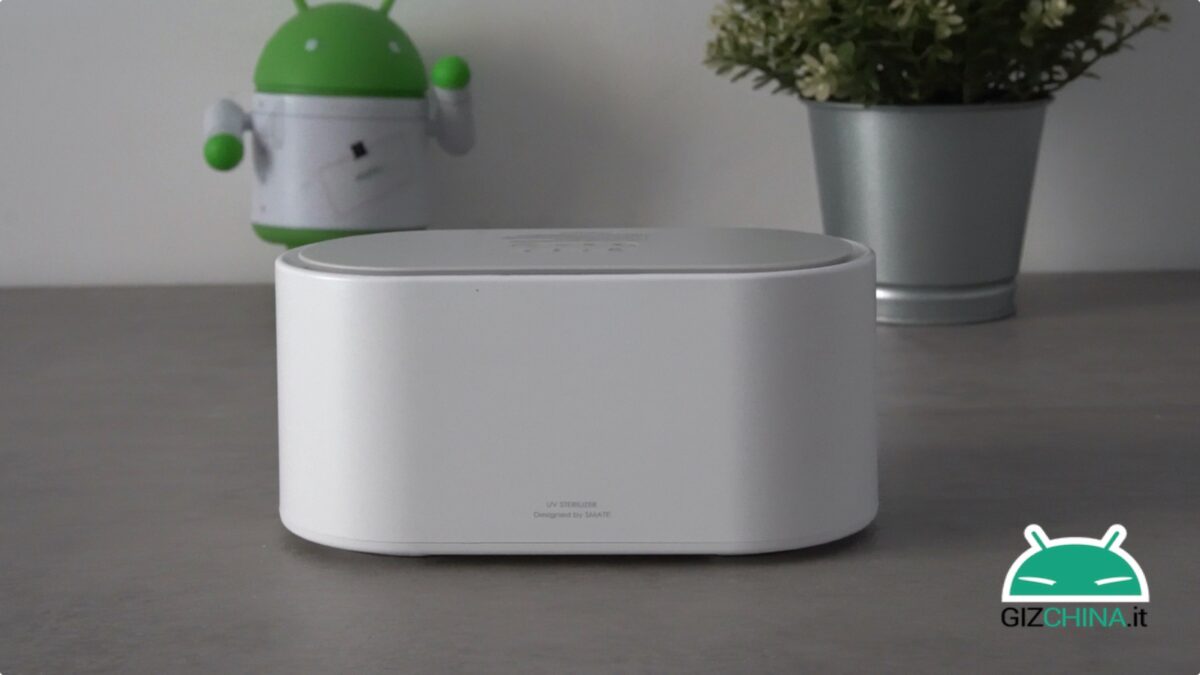 Lo Smate White UV Led it is structurally very different from the smartphone model. It is a sterilizer to always keep at home and that is powered by an electrical outlet. 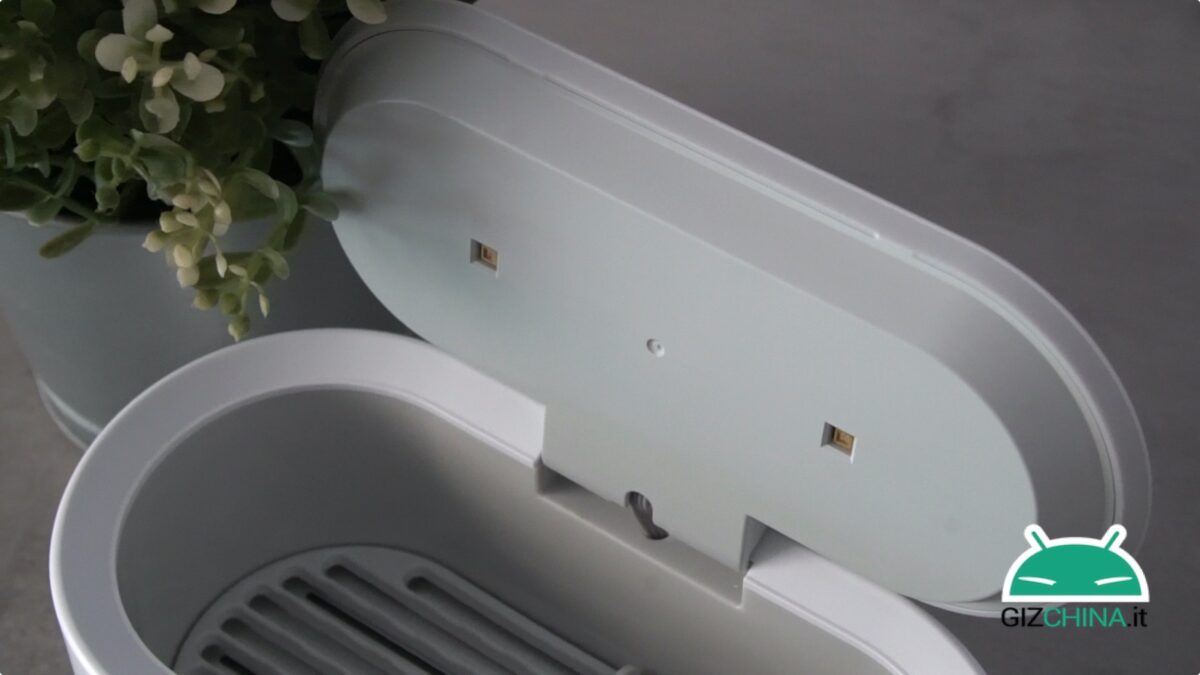 The structure is made of plastic and is 169 x 87 x 80 mm large, the upper part can be opened and, inside, it integrates the UV-C LEDs and given its shape it can be used for the sanitization of objects of different nature, but not smartphones. 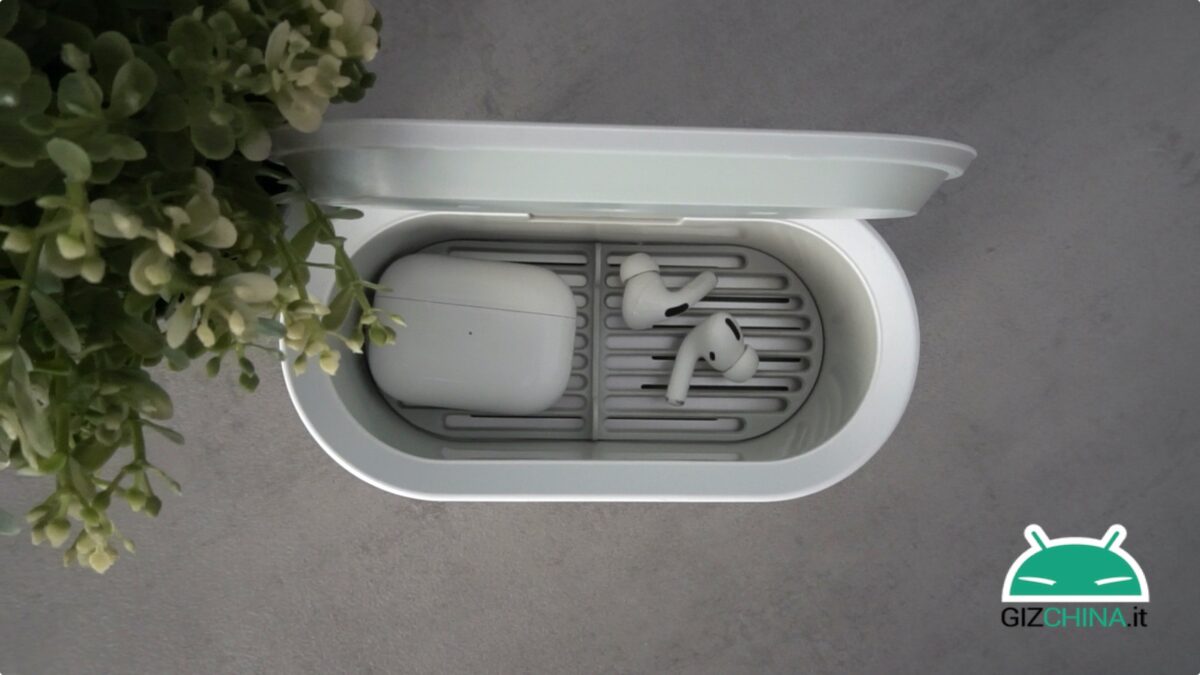 Unlike the UV sterilizer for smartphones, this model can work in three modes and the sanitization process takes about 5 minutes.

Xiaomi's travel UV smartphone sterilizer and Smate White UV Led are priced respectively dollars 59,99 (about 53 euros) and of dollars 46,91 (about 41 euros), but you can buy them on Bangood discounted through the coupons that you find below.

And yes, these are decidedly particular products which, however, could be useful to increase the hygiene of your objects, perhaps when you return home after a day of work, or to keep on the sink of your bathroom to sterilize the toothbrush and, because no, the masks.

Xiaomi Watch S2 and TWS Buds 4: the prices revealed before ...