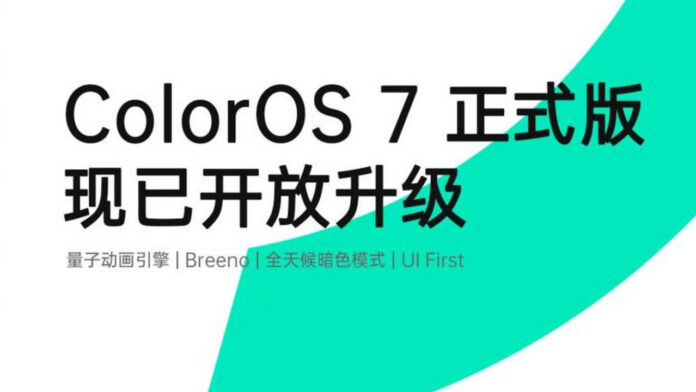 After the publication of the updated roadmap dedicated to the latest UI of OPPO, we return to talk about the ColorOS 7, this time with good news for Chinese users. In fact, the company has started the release of the stable version, even if at the moment only on some models that still represent a minimal part compared to those expected.

Upgrade 01 / 05: now we know more precisely which models and when the stable ColorOS 7 will arrive. Find everything inside the article.

La ColorOS 7 di OPPO had a troubled release due to Coronavirus: afterwards the launch in Novemberin fact, work has slowed down a lot precisely because of the problems related to the spread of the epidemic in China. Consequently, the update to the new version has suffered a setback, but here are the first positive signs. The Chinese company is releasing the stable version of the UI dedicated to some models in these hours.

Obviously the delay in the release of the stable update for OPPO's ColorOS 7 is linked to the health emergency. This made the beta tests slip and consequently also the release of the release for everyone, which finally arrived in the second quarter. As for the Global version, we witnessed some time ago at the beginning of the beta phase and we look forward to further news.

Unfortunately, it should be noted that the firmware rolled out is that of the ColorOS 7 base, a somewhat outdated release if one considers it the release of the version 7.1 with the series Find X2. Anyway, here's the official roadmap: