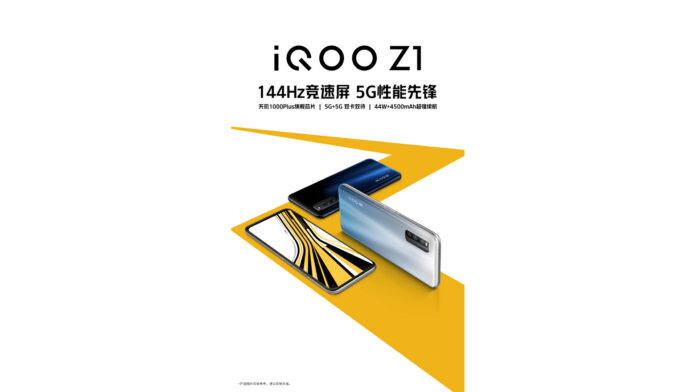 From the first news on the matter, iQOO Z1 it's making a lot of talk about itself. The device of the Vivo sub-brand in fact, will be the first smartphone with the new processor MediaTek Dimensity 1000+ and it is possible to see the design from the first images, in addition to the exit date. In these hours, however, a photo came out that would even reveal the alleged price and the memories of the device.

16 / 05 Update: new teasers dedicated to the device, this time we talk about the display. Find everything at the end of the article.

14 / 05 Update: the company reveals new details on the next Z1, including battery, charging and an alleged One Piece-themed Special Edition.

Upgrade 13 / 05: in view of the presentation, iQOO has released the first official images of the phone.

iQOO Z1: the alleged price is lower than that of iQOO Neo 3 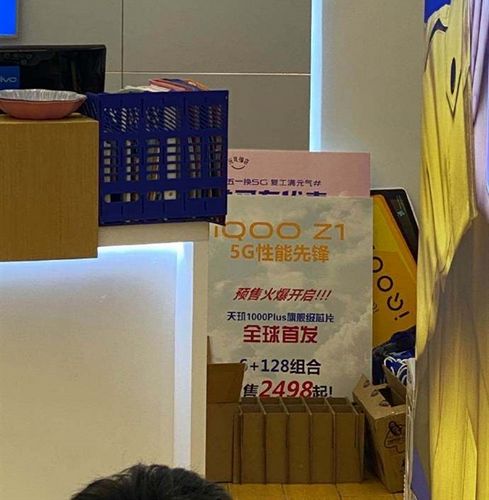 If we look carefully at the photo leak, we can see from the framed billboard two very interesting details about theiQOO Z1: the first, that of the probable memories, reveals that it will be equipped with 6 GB RAM e 128 GB storage. The second detail instead reveals the alleged price, which would start from 2498 yuan, about 326 € at the exchange. Put together, therefore, they indicate that there may be other memory cuts. In addition, by making a comparison with the price d iQOO Neo 3, we realize that it is lower and therefore it is positioned in a slightly lower step than the convenient top range with Snapdragon 865.

Obviously this photo is to be taken with the proverbial pliers, and you have to wait for the 19 May to confirm all the details of the iQOO Z1, including the selling price at home.

iQOO Z1 will be available in at least two colors, with blue / black and white / light blue background. It is suggested to us directly by the official renderings published on social media, in which we can appreciate the back. The appearance is that of iQOO Neo 3, from which it inherits both the front and back sections.

Another detail that transpires from these images is the presence of a side fingerprint reader. Is the screen an LCD instead of an AMOLED? 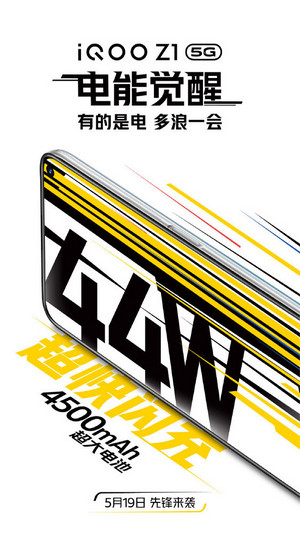 As the fateful date of May 19th approaches, confirmations from the Chinese company on the specifications of iQOO Z1 5G. Recall that the device will have the new Dimensity 1000+, a solution that in the first results on Antutu bodes well. As for today's news, the company has released yet another teaser in which it reveals the presence of a battery to 4.500 mAh, with a quick charge from 44W. 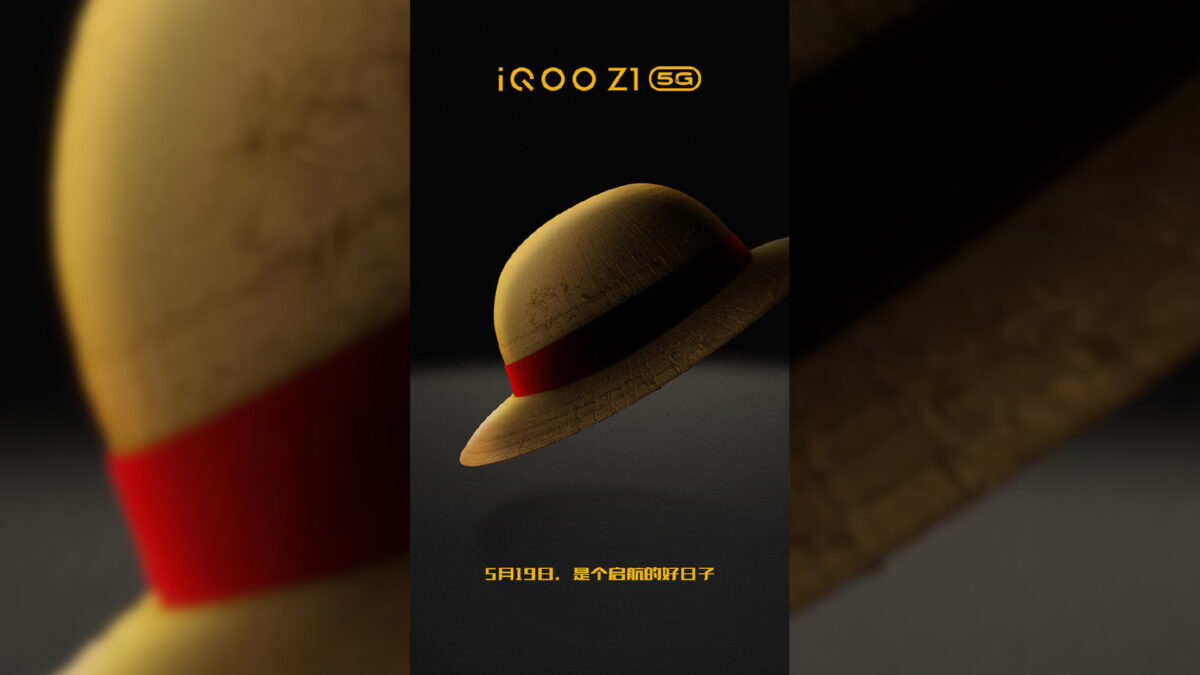 The other news comes directly from the VP of iQOO Fengyu Fei, who has published the teaser you see above. The subject of the image leaves little room for doubt and the question seems obvious: there is also a iQOO Z1 5G One Piece Edition?

After showing us the design of the next smartphone, together with a dedicated battery and charging teaser, here are new official posters. This time the Chinese company focuses on the display, confirming the presence of a panel 144 Hz (similar to Red Magic 5G, gaming beast reviewed here). The feature is not so surprising given the SoC MediaTek Dimensity 1000+: after all, the emphasis was already on the support of higher refresh rates during the presentation and the collaboration with iQOO could only go in this direction.

The image above shows the benefits of the 144 Hz refresh rate compared to a standard solution (with doubled performance and better color saturation), while on the cover you find yet another poster that confirms once again the iQOO Z1 design at all round.

Wingtech thinks of a smartphone with a Surround display: that it is ... the ...