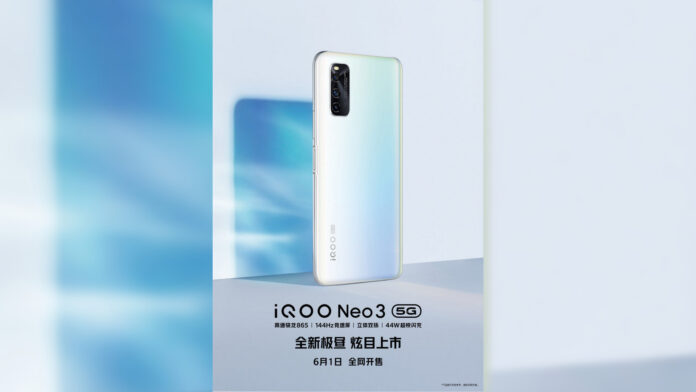 Presented in late April as one of the most promising high-end smartphones, iQOO Neo 3 ha also sold quite well on debut. The Chinese brand's flagship, however, has not yet finished its wave of news. xIt is news of a few hours ago that one will arrive new coloring called Polar Day on June XNUMXst, promising to be very elegant. 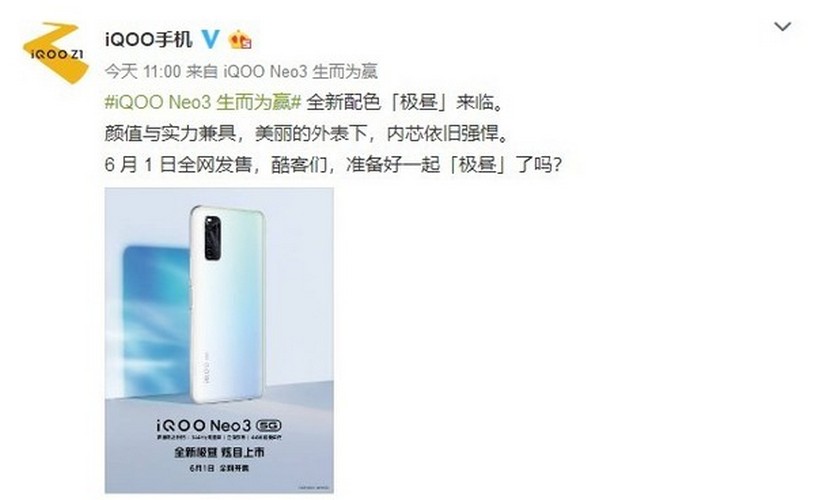 In teaser posted on Weibo by the same company, we note that the new coloring of iQOO Neo 3 it will have a particular name that recalls the color shades of the polar areas. In fact, the smartphone is characterized by a color iridescent white which flows into bluish and then in a finish cyan upwards, as if to simulate a kind of northern Lights.

For the rest, the hardware of the device will remain the existing one, without substantial changes, apart from the color itself. The Polar Day coloring of iQOO Neo 3 will be launched on Monday 1 June, of course, alone China, since no brand smartphones have yet to officially arrive in the West.