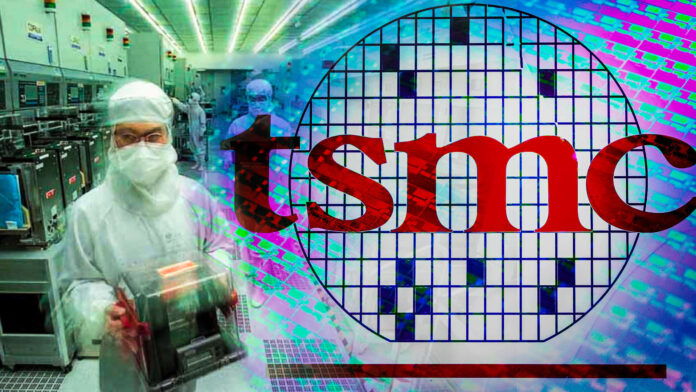 The affair that sees opposite is further complicated USA vs China, in an arm wrestling he sees in Huawei one of the main scapegoats. For days we have been talking about extension until 2021 of the ban della Entity List, as long as the possibility of bypass it under government concession. What at first glance might seem like a disagreement that mainly affects these two parts, actually ends up affecting the global economy. The most exemplary case is that of TSMC, a chipmaker based in Taiwan but which from now on will no longer be able to freely trade with Huawei.

Upgrade 23 / 05: new implications are added to the matter that sees Huawei and TSMC opposed. We'll talk about it at the end of the article.

The US ban begins to weigh itself on Huawei's production chain

It is from autumn 2019 that TSMC warned the company, warning it of the possibility that the partnership between the two could soon end. Initially the chipmaker has continued to supply HiSilicon of the chips required, but it didn't take long before the ones started they were rumors became reality. With immediate effect, the US ban resulted in one order stop by TSMC against Huawei. For the moment there is still no official: Huawei has declined to comment, as well as TSMC which has limited itself to adding in a somewhat vague way that it would only be "market noise". However, sources close to the matter have reported it to Nikkeitherefore we take it as fairly reliable news.

In order not to face heavy economic penalties, TSMC will continue the production of orders currently underway. According to the contested directives, all chipsets that can be shipped by mid-September will be delivered without problems. On the contrary, all new orders from now on will be blocked for the time being, in order to follow what is imposed by the US government.

Huawei is not watching, but the road is uphill

Huawei is however running for cover, as the works in cooperation with demonstrate SMIC. The Chinese chipmaker has proven himself capable of making the Kirin 710A mounted on Honor Play 4T, but becoming independent of TSMC will be tough. It is a 14 nm chipset, a production process that is not exactly in step with the times, considering that most of today's SoCs are below 10 nm.

Especially when considering premium solutions such as the current Kirin 990 or the future Kirin 1000 and 1020, with 5 nm processes that only TSMC and a few others manage to perform successfully. If this were confirmed, it would be a bad setback for both sides. Also for TSMC, whose revenues would decrease substantially, being able to work exclusively for more western realities.

Perhaps also for this reason the chipmaker is considering the possibility of moving part of the production to the USA, more precisely to Arizona. Negotiations are underway with the US government, inclined to move the production of chipsets to its territory in order to free itself from Asian domination.

Huawei would be trying to run for cover, trying to save the salvable, but with not exactly encouraging results. According to a report from Taiwan, Huawei would have attempted to make a 700 million dollar order containing chips from 5 and 7 nm. The first 5 nm would serve for futures Kirin 1020, while those at 7 nm would be chips for 5G. However, given the current situation, TSMC would have been forced to block the order, preventing Huawei from using it. At this point one wonders who Huawei will turn to, given the limited alternative.

The US further tightens its grip | Update 21/05

The new rules are proving to be very stringent, forcing Huawei to run for cover. However, it is rumored that in the US-drafted law there is a quibble that Ren Zhengfei's company could cling to. As it should be noted, the rule provides that the prohibition for TSMC to operate only concerns the chips designated and ordered by Huawei. In a nutshell, Huawei could continue to order them by acting through its customers.

This is why industry regulators are working to resolve the issue and fix this fallacy. This was stated by Ashley Ford, an official of the U.S. Department of State, specifying that flexibility of modification will be given in case Huawei decides to circumvent the rules. As specified by a lawyer who wanted to remain anonymous, it would suffice to specify that the ban concerns chips "for the benefit of Huawei" instead of only "Huawei".

Although TSMC has proved to be conciliatory towards the US government, it is trying in every way to compensate for the immediate losses it will face. Apparently, the 700 million dollar order which we told you about last May 19th went to port anyway. The chipmaker would have given a substantial boost to its production, thus managing to deliver them before the US ban actually takes hold.

Also because the ban would mostly concern the 5 and 7 nm chips, while the orders placed by Huawei include 5 and 12 nm SoCs. This is because TSMC would be engulfed in 7nm production, not being able to make room for Huawei's emergency orders. This means that once the SoC stocks such as Kirin 810/820, 980/985 and 990 are finished, Huawei could face production problems.

💰 Save with GizDeals for the best deals from China!
⭐️ If you are hungry for news, follow GizChina su Google News : click on the star to add us to your favorites . not

Xiaomi revolution: the models from GearBest and BangGood have a Europe guarantee ...