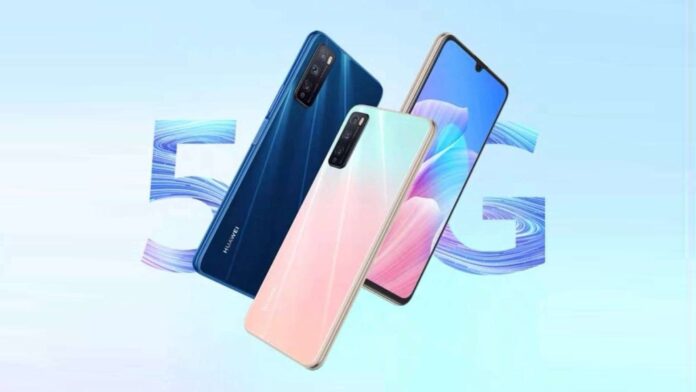 Something is boiling in the pot at home Huawei. In the meantime it is dealing with the negative repercussions deriving from renewed ban USA, is preparing to launch new products. One of these will be Huawei P Smart S, designed primarily for Europe, but it should be ahead of it Huawei Enjoy Z. In itself it will not be a particularly compelling smartphone, but in reality it could act as a reference for the sector 5G.

Upgrade 22 / 05: we have the first benchmark test performed via Antutu. We'll talk about it at the end of the article.

Of Huawei Enjoy Z we officially know what the presentation date will be, or the 24 May. In the teaser image there is also a slogan related to 5G, also because - according to rumors - it should be the cheapest 5G smartphone never launched by Huawei. 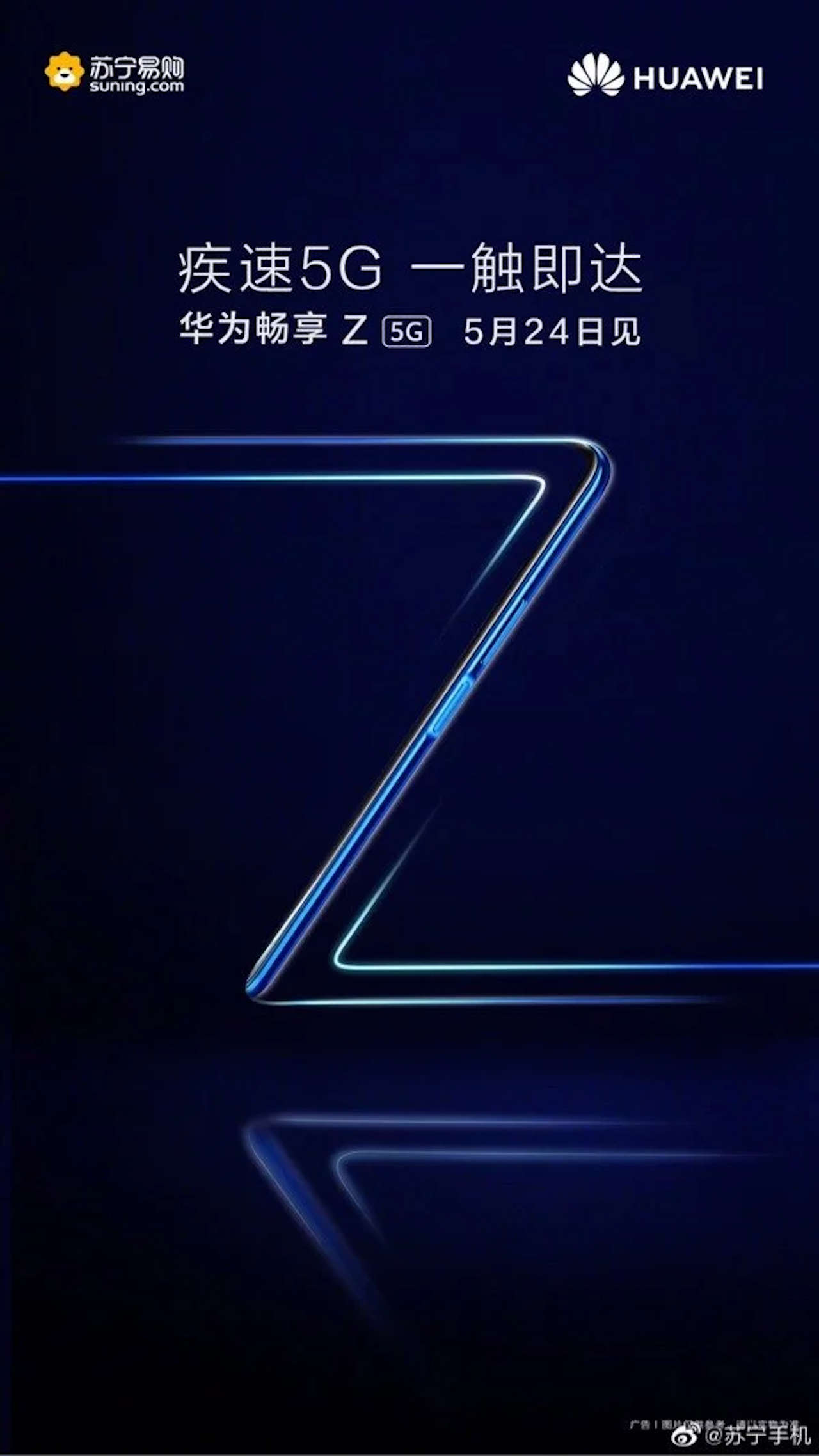 Without a doubt, Huawei is one of the companies that is pushing the most in this direction, also thanks to its leading position in the 5G market. Just look at the recent launch of Huawei P40 Lite 5G, ad hoc reissue of P40 Lite. But how much will Huawei Enjoy Z be sold for? As stated at the beginning of the year, Huawei and Honor are willing to break the € 150 barrier, attacking the low-cost range with its 5G. It must be said that, as regards sales, we witnessed an overtaking, also thanks to a lackluster economic situation in Covid-19. There are also those who say that Huawei Enjoy Z may be a rebrand of Honor X10, officially arriving in a few days.

Make it unofficial and specific Update 19/05

After confirming its existence, Huawei Enjoy Z is becoming increasingly concrete. The images show us a mid-range in line with the most common aesthetic components, between notch and triple rear camera.

Available in 3 colors (Midnight Black, Sakura Pink and Dark Blue), the rumors tell us about an LCD screen from 6.5 "Full HD + with refresh rate a 90 Hz. Under the hood it is impossible that there is the Kirin 710F listed by the resellers, since support is guaranteed 5G integrated only in the latest generation chipsets. More likely is the presence of the Dimensity 800 produced by MediaTek. The triple rear camera, then, would integrate sensors from 48 + 8 + 2 MP with wide angle and macro / ToF. As for memory cuts, we are talking about versions from 6 / 64 GB, 6 / 128 GB ed 8 / 128 GB.

Based on MediaTek's brand new Dimensity 800, there is some curiosity to see how it performs on Antutu. And now we can see it thanks to the first benchmarks made with Huawei Enjoy Z. 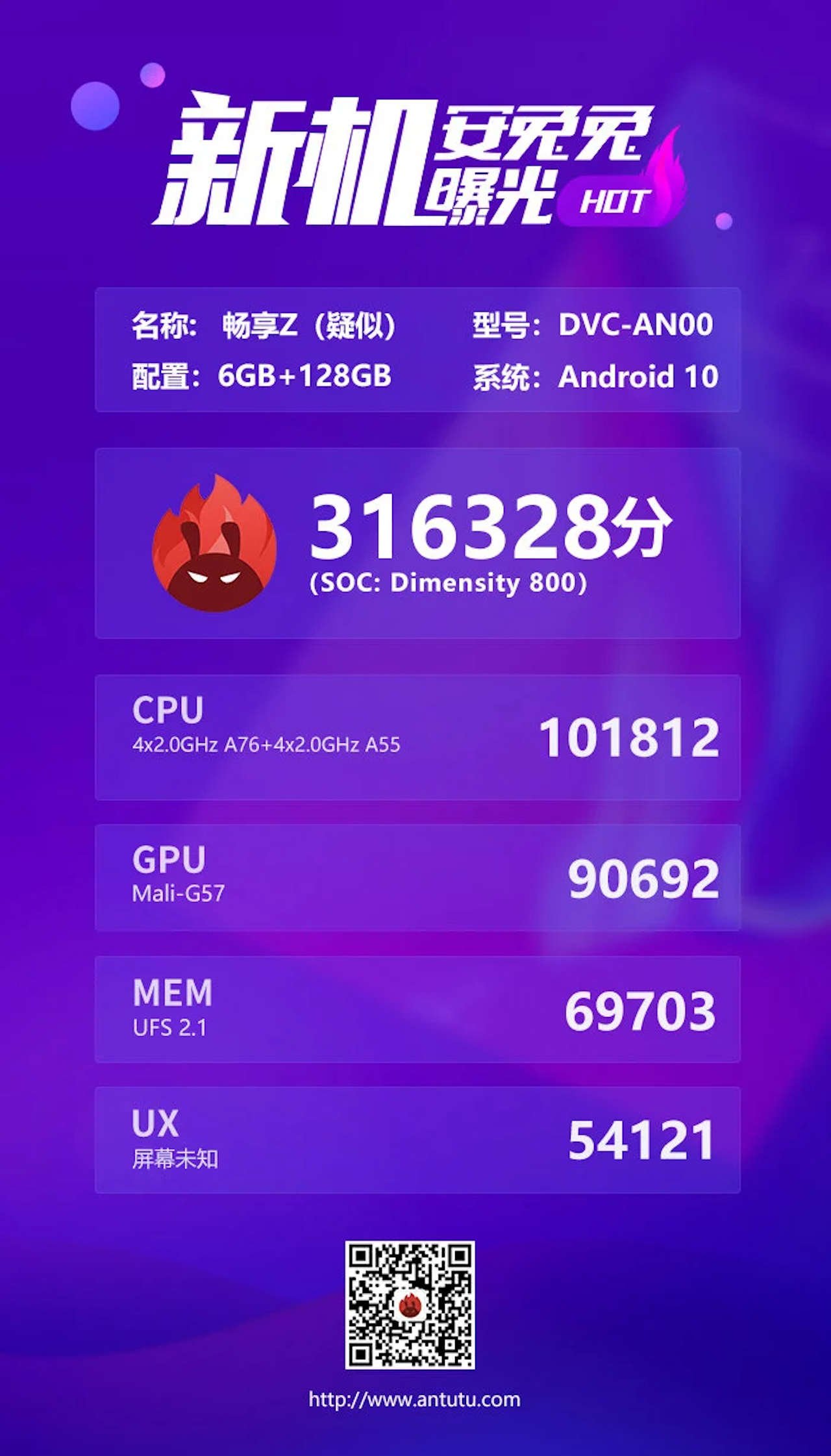 Codenamed DVC-AN00, Huawei Enjoy Z has achieved a ranking of 316.328 points, based on specifications including 6 GB of RAM, 128 GB of storage and Android 10. As expected, Redmi 10X performs better as brute force, based on the last Dimensity 820. In the case of the Huawei device, we see a score substantially in line with it Snapdragon 765G Qualcomm. In short, it seems that the latest SoCs produced by MediaTek are ready to compete on the performance side.

The Ticwris Max wrist smartphone is on a flash offer at ...