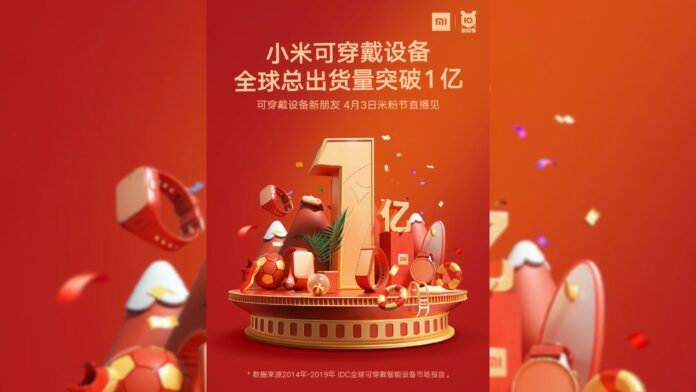 Since when Xiaomi has officially arrived on the market, it has done its utmost in the creation of many different products. In addition to smartphones, therefore, it has dedicated part of its resources to other devices, such as i w. The various are famous We Band which, over the years, have been able to win the trust of many users, also here in Europe. It seems, in fact, that thanks to this series the brand has reached a record impressive. 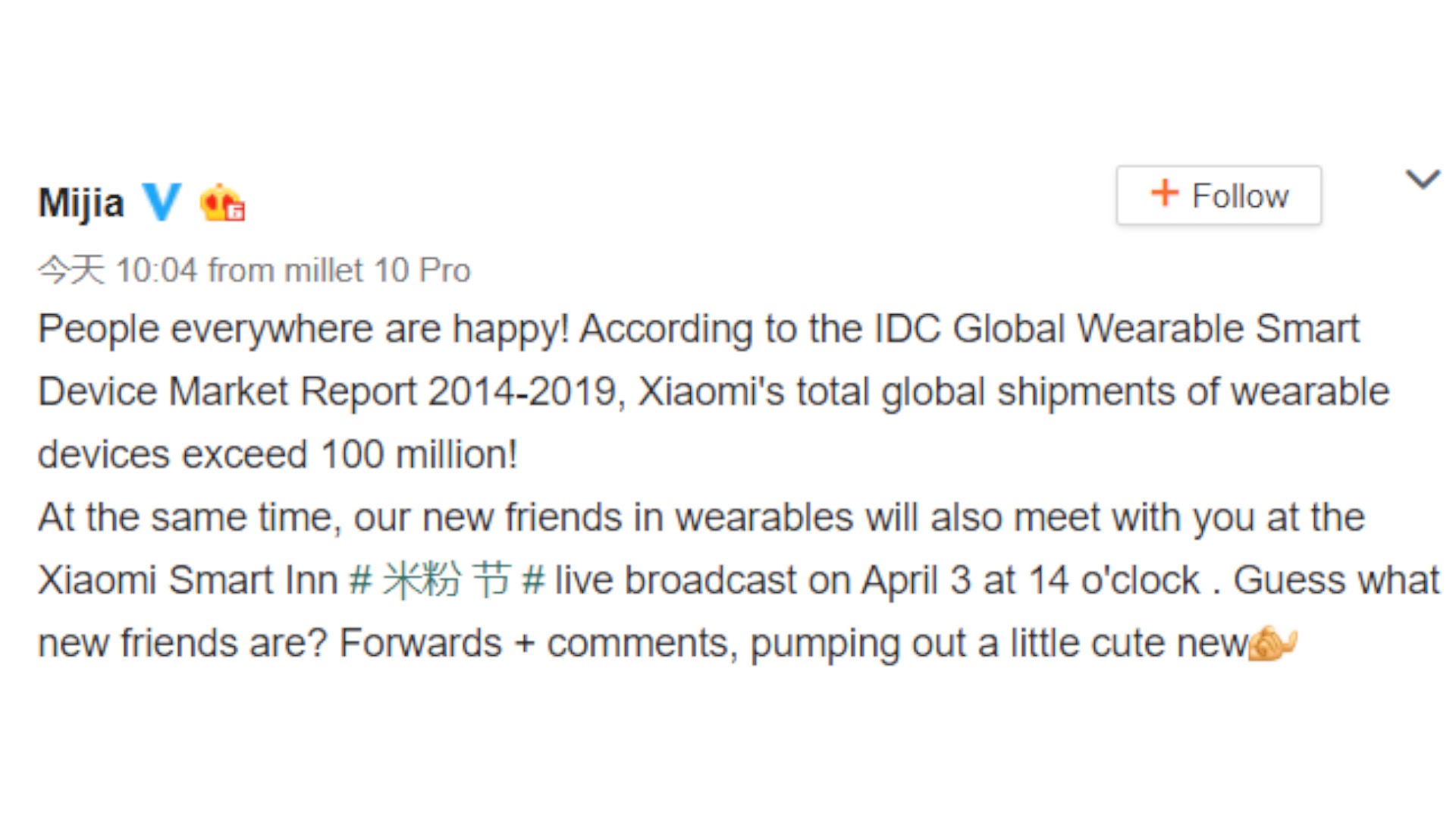 According to a report IDC, Xiaomi's wearable product line has reached from poco 100 millions of shipments. This is a truly impressive number, especially if we think that this result has been achieved in just 6 years. We Band, with all its various versions, has been able to drag the market towards success, always showing a quality-price ratio among the first in the category.

Su WeiboHowever, it seems that the Chinese brand has hinted at the arrival of a new Mi Band. Virtually nothing has yet been leaked about Mi Band 5, but perhaps the 3th April the company could amaze everyone by launching it on the market. Having to specify, then, how April 1 is legitimate to always believe the hoax. We hope, however, that this is not the case in this case.