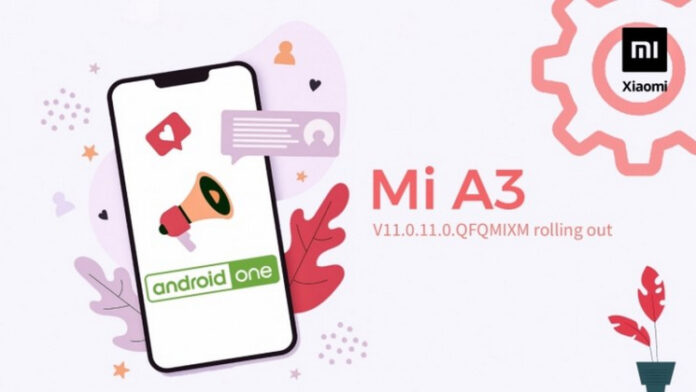 The difficulties deriving from the Coronavirus emergency have also affected the smartphone software sector, with significant slowdowns in the works. This is the case of the ColorOS 7 for OPPO lovers as well as for Android 10 aboard the Xiaomi Mi A3. Despite problems, Lei Jun's company has released the coveted update for the latest Android One, but it's easy to sing victory. The update he came twice and in both cases the roll out was interrupted due to the presence of bugs and malfunctions. That the third time is the good one?

Upgrade 11 / 04: evidently it is not, as evidenced by the new interruption. Find everything at the end of the article.

After the two stops of the previous weeks, Xiaomi Mi A3 he is ready to receive Android 10 For the third time. The update, weighing 1.33 GB, brings the firmware to the version V11.0.11.0 QFQMIXM and is released incrementally; ergo it may take days for it to actually reach all affected models. In another you will also find the changelog, which includes the dark theme, improvements for privacy controls and full screen gestures.

Below you will find the firmware download, but given the current situation - remember once again that we are on the third lap - we recommend you wait for any feedback from the web. If you really can not do without, carefully evaluate the situation: as usual, we at GizChina.it we are not responsible for defects caused by the ROM below. Popular wisdom believes that the third time is the good one, but perhaps it is better to proceed with lead feet.

There is a new negative chapter for the Android 10 epic on Xiaomi Mi A3. Evidently the company is having significant problems, so much so that they have to withdraw the update released a few hours earlier. 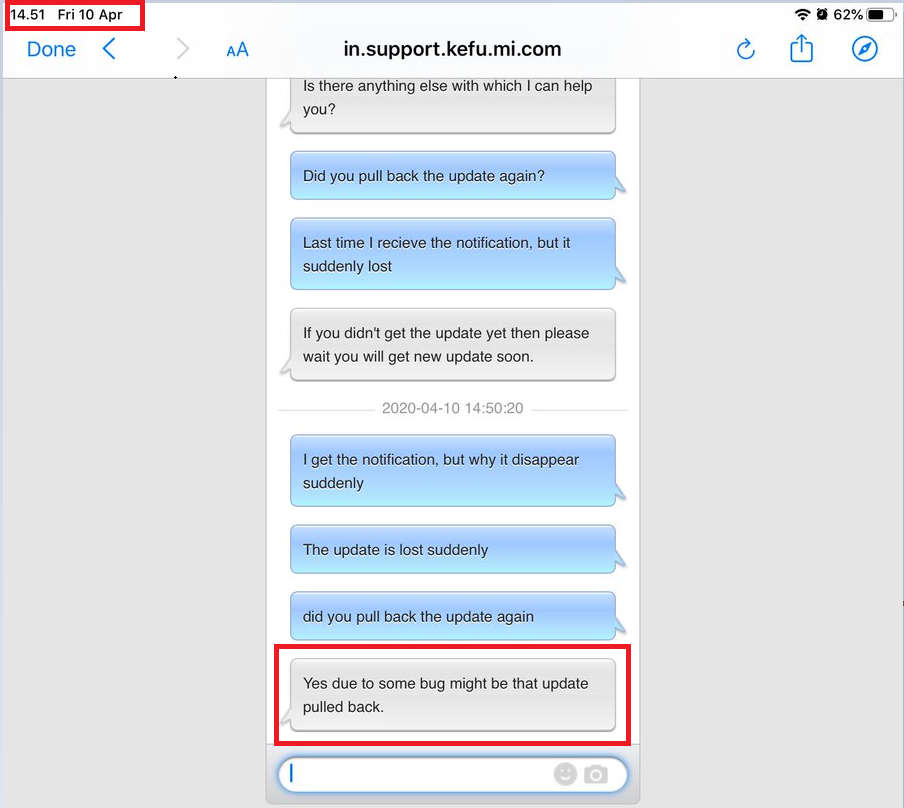 As this chat conversation shows, Xiaomi would have encountered some bugs, from which the decision to stop the update roll-out. It is the third time this has happened and at this point it almost becomes an indefensible behavior, that of the team in charge.

Starting from the inconvenience caused to the owners of Mi A3, again forced to wait for an update that never seems to arrive. Not to mention that we would be talking about an Android One smartphone, so the Google releases should arrive first. Paradoxically, however, Android 10 came first on many other smartphones that are not part of this program.

We would like to specify that not everyone who has already updated it is having problems, perhaps evident. However, several bug reports have appeared regarding various sectors. These include spontaneous restarts, excessive consumption, camera and UI lag, problems with the ID sensor and worse performance.

Xiaomi Mi Band 5: new images, it will be more complete than ever