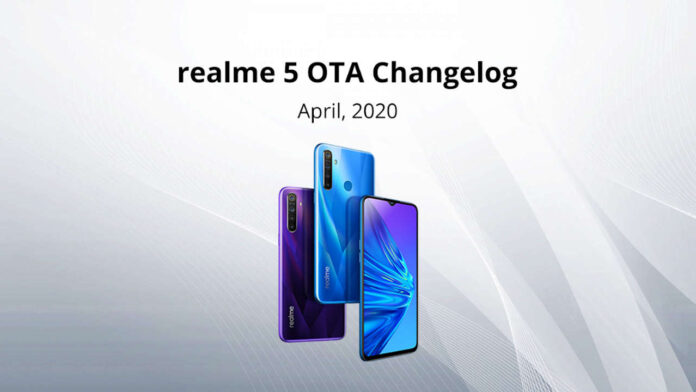 The Realme 6 series is consolidating on the market, but the company does not want to make the mistake of neglecting previous models. This proves this new update released in these hours directed towards Realm 5. The update is making its way via OTA for the European public and its main purpose is the introduction of the most recent ones April 2020 security patch.

The latest software update brings the April patches to Realme 5

Signed as RMX1911EX_11.A.28, the update doesn't change much on Realme 5, since it basically only adds the April patches. Otherwise, the changelog mentions a general improvement in system stability, as well as the resolution of some bugs. Weighing around 2.58 GB, it is still based on the ColorOS 6.0.1, but Realme UI shouldn't have to wait much longer, according to the roadmap.

If the update notification has not yet arrived, you should receive it within the next few hours. Alternatively, you can download the ROM and the subsequent manual installation.