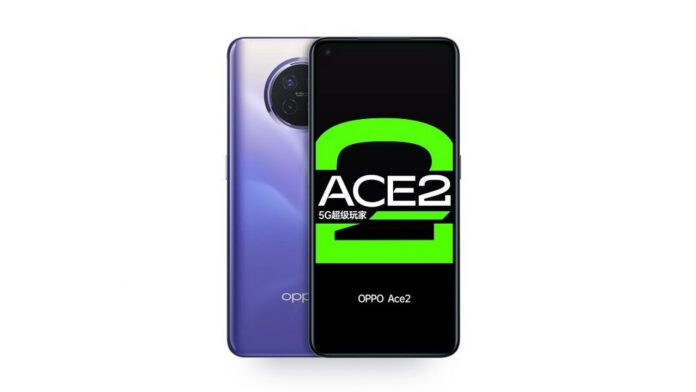 In the last few days we have focused a lot on the top of the range design and specifications, first sighted on the TENAA website and then on JD with official renderings. OPPO Ace 2 - well yes, without "Reno" - promises to be a real beast but apparently this will impact not indifferently on selling price, at least as reported by an offline reseller.

OPPO Ace 2 will cost more than the first chapter, but ... 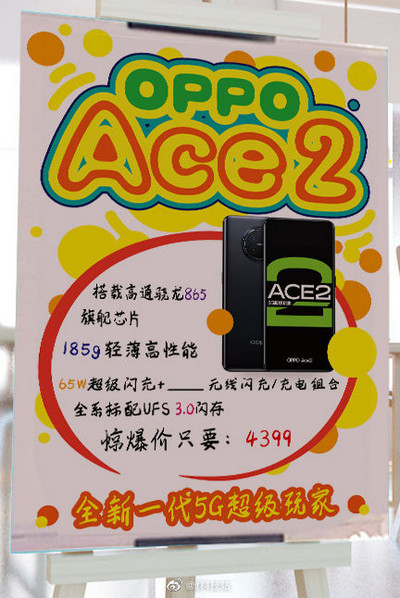 With the start of pre-registrations on the JD online store, some physical retailers - as usual - have also started the pre-orders. In one of these cases we have a nice sign with lots of pictures, features and price OPPO Ace 2. A really salty price since the device is proposed to 4399 yuan, about 572 € at the exchange. Now, the figure is still in line with what has been seen so far with other models with Snapdragon 865 launched in China, but it is also true that the detachment with the first chapter is over 1000 yuan.

In short, even if the device is no longer part of the Reno series, however in its positioning it is clear: it will be a model belonging to a top series in all respects. As for the price, the Chinese media speculate that the above figure may refer to an increased version and that the initial price of OPPO Ace 2 may be around 3500 yuan (455 € at the exchange rate). At this point, all that remains is to wait for the event of April 13 for final confirmation.