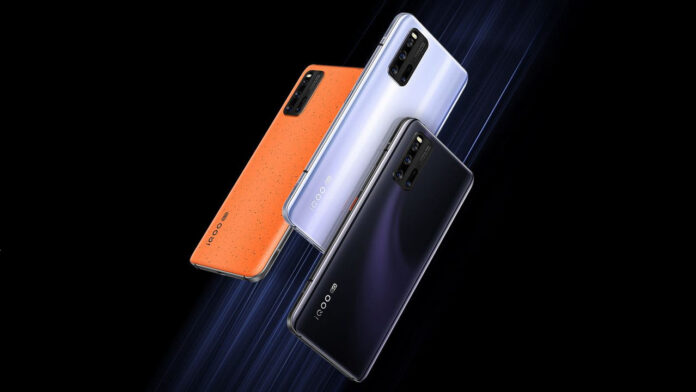 Towards the end of February the new one peeped out Article 3 (here you will find everything you need to know), top of the range that unties itself from the reputation of gaming smartphones to present itself as a truly respectable flagship, with nothing to envy from rivals. Despite rumors they spoke of two models, the device was presented on its own ... but that doesn't mean there isn't a iQOO Neo 3 in the home straight!

06 / 04 Update: a Chinese leaker reveals the details on the display of the new model. Find all the news at the bottom of the article.

Apparently the leaks had seen us right, albeit with a slight time difference. Through the Chinese social networks, the company confirmed the presence of iQOO Neo 3, version that promises some improvements. In fact, according to what reported by the same company, we will once again have a device moved by the Snapdragon 865. It focuses on power then, but also on other: the device will have a display with a increased refresh rate.

We remember that Article 3 was launched with a canonical panel, a 60 Hz. Nothing excessively evil, but it certainly did slightly out of tune given the technical sector of fear (remember, it was the first flagship with UFS 3.1 memories). As for the debut of the new Neo model, the post says it will be launched in XX giorni... a clear enough message - jokes aside - that could refer to the very last moments of March and the first of April. Obviously we look forward to an official confirmation on the date (and some tasty anticipation on design and features). 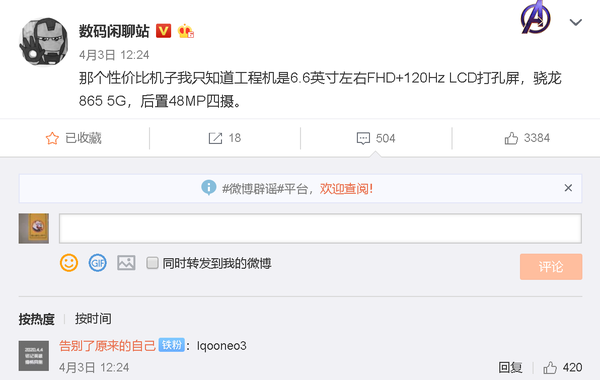 There are still no details on the launch of the device, but the first leaks begin to arrive. Think about this ride DigitalChatStation, revealing what should be the characteristics of the display of iQOO Neo 3, with some news compared to the older brother. In fact, it seems that we will find a panel on the device 6.6 "Full HD + with a refresh rate a 120 Hz. However, it's early to sing victory: if iQOO 3 can count on an AMOLED solution, in this case we will have a "only" display LCD. In short, we will have a larger display and finally with an increased refresh rate but unfortunately something must be given up. Do you consider it a vital lack?

The Chinese leaker then continues confirming the presence of the Snapdragon 865 5G and claims that the budget flagship will have a Quad Camera with a main sensor from 48 MP. The specifications of DigitalChatStation stop here but we are sure that there will be news in the coming days.

Still confirmations for what will be the data sheet of the next iQOO Neo 3. The first screen is related to the device information, signed as Vivo PD1981 with software Android 10, Funtouch OS 10 and security patches of March 2020. We also see the Snapdragon 865 indicated, as well as a cut from 6 / 128 GB of available memory. In the second, however, we find the menu relating to the selection of the refresh rate, being able to choose between 60 / 90 / 120 Hz. There is also a Smart mode, with which to automatically switch the refresh rate based on the scenario in progress.

OnePlus explains the future of OxygenOS: less Beta for everyone