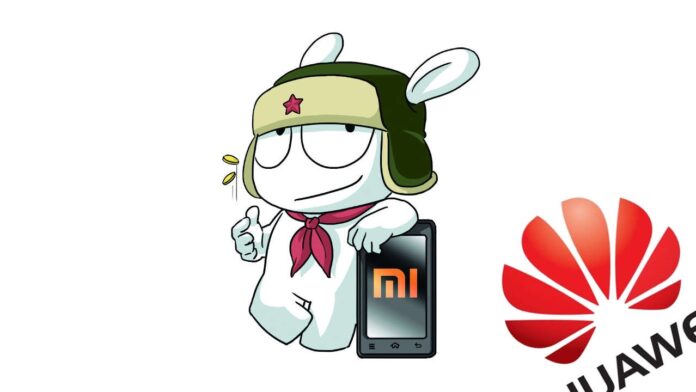 Always fierce rivals, always Xiaomi e Huawei they fight to excel within the mother country. If initially their businesses were mostly focused on China, over the years their respective businesses have taken similar but also different paths. It's almost paradoxical: Huawei has been operating officially in the West for the longest time, but it has long been the most popular in China. On the contrary, Xiaomi has gradually lost shares in the country of origin, acquiring many in Europe. The only constant in all this is that Huawei has managed to establish itself more, positioning itself on the podium alongside Samsung and Apple.

The period between 2018 and 2019 has seen a very important milestone to Huawei, even managing to oust Apple from second position. Not even the time to celebrate, however, with a US ban whose percussion became evident between 2019 and 2020. The sales figures published by Strategy Analytics progressive decline from last fall until the beginning of the year. Before 22.2 million of units ad October, then 19.6 in November, 14.2 in December, 12.2 million in January and finally only 5.5 in February.

In parallel it is Xiaomi one of the companies that has benefited most from the drop in Huawei, although the results are not exciting. After the growth at the end of 2019, both in January and February there was a drop, but the data show a slower decrease. And it was just last February that the unexpected happened: Xiaomi has surpassed the historic rival, albeit only by 500.000 units. This means that it could only be a transition period, also because both are about to launch their respective top of the range. On the one hand Xiaomi Mi 10, on the other Huawei P40: these two will be the needle of the balance for this first half of 2020.

Another interesting fact should be noted: the showy one decline in global sales. If December 2019 ended with 91.1 million units sold by the 6 major brands, February saw only 47.5 million units. A cut by no less than 48% and that will definitely get worse, given the Coronavirus situation.